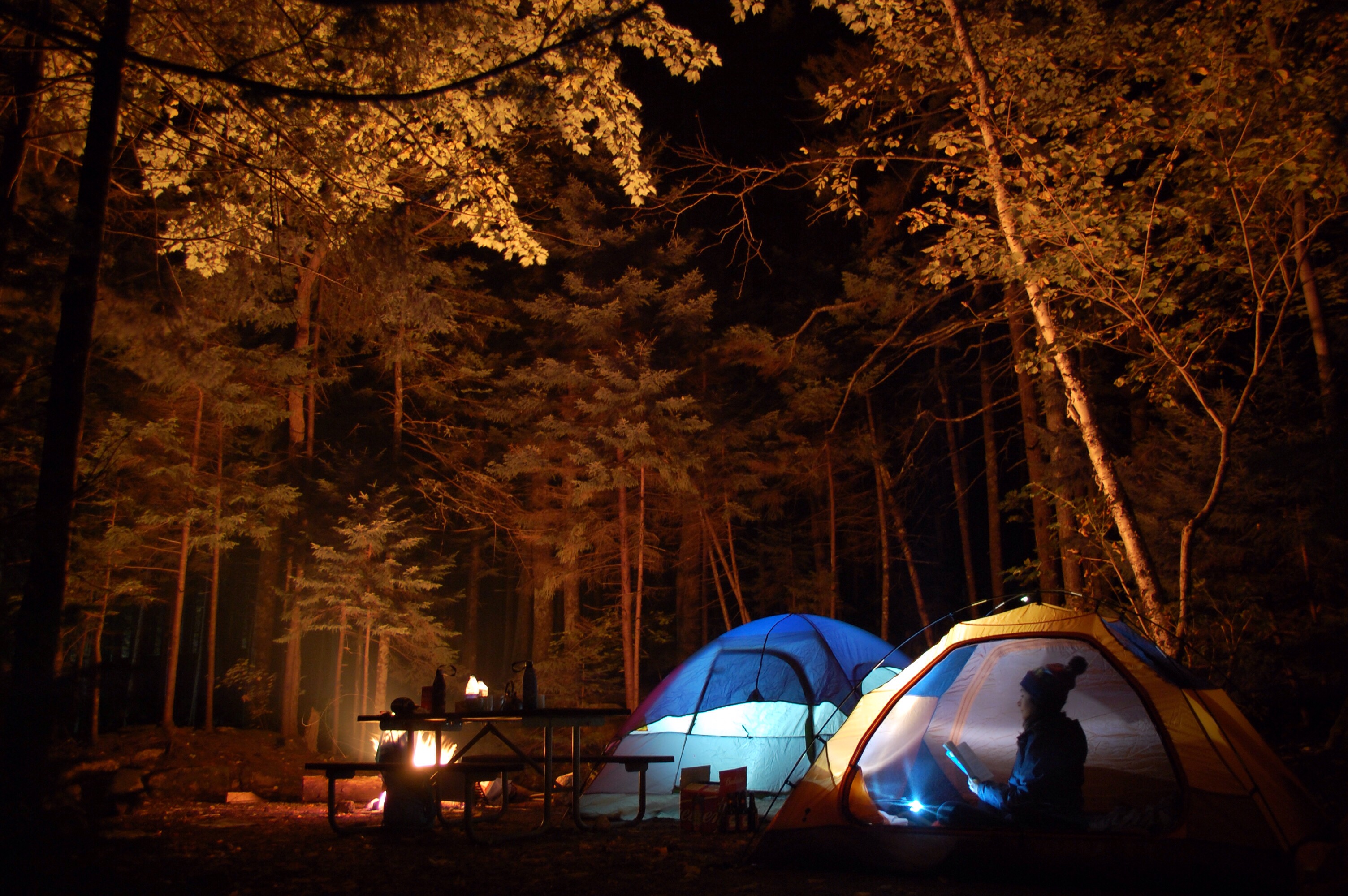 Sometimes you just need to get out of town. Denizens of the glittering cities of the world are occasionally overcome by occupational and residential hazards – including stress, fatigue, disappointment, overstimulation, ennui, excessive heat, or some combination of all of these, leading to an undeniable longing for fresh air, natural beauty and wide-open spaces.

It happens to everyone, whether they’ll admit it or not, especially in the summer. The countryside starts calling. And the only cure is to just pack your bags and go.

We found ourselves in that place a few weeks ago, and decided to make a jail break, escape New York City, and head west. To just go all Laura Ingalls Wilder. Previous generations of Americans have done the same thing, and it’s usually worked out well. Even when it didn’t, our forbearers almost always returned with some great stories, so we figured that either way it would be a good idea for our blog. As the great Nora Ephron always said: “it’s all material.”

And that’s how we found ourselves in Jackson Hole, Wyoming, just in time for the Fourth of July this year. Dear reader, it was one of the best decisions we’ve ever made.

It was our first trip to Jackson Hole, and only our second ever to Wyoming. We always thought of Jackson Hole as a chic place to ski in the wintertime, and we had no idea that it has so many joys to offer year-round. We get it now. Here’s our Dandelion Chandelier scouting report on the summer activities that would be of interest to a luxury traveler.

Unless you go by private jet, it’s quite an odyssey to get to Jackson Hole from greater New York: there are no direct flights in the summer months, so your options for a stop-over are places like Chicago, Dallas, Minneapolis, or Denver. You have to really want to be there to deal with the hassles of changing planes. We took our willingness to do so as a good indicator of our fortitude (and of the level of our desperation to get out of Dodge). We checked our bags at LaGuardia and were on our way. After a layover in Dallas-Fort Worth that was made much more enjoyable by a piping hot fried chicken sandwich on a biscuit (hey, you can eat anything in an airport without guilt, that’s part of the Traveler’s Code), it was wheels-up to the Wild West.

We started to realize what a good choice we’d made as the plane swooped down on its final approach for landing: snow-capped mountains, green valley, blue sky for miles and boatloads of glorious sunshine. Not a building in sight over two stories high. We could feel our spirits expanding.

Can we just say that the Jackson Hole airport has to be one of the most stunning ones on the planet? If you’ve ever landed at Lugano in the Swiss Alps, it’s a bit like that – nestled in a valley surrounded by majestic mountains. The terminal is compact, with large windows looking out over the Tetons, dark wood paneling and Old West statuary throughout. If Ian Schrager designed an airport, it would have this kind of vibe.

It turns out that the Jackson Hole airport sits inside Grand Teton National Park, in a valley that is owned by the Federal government. Therefore, instead of the usual visual cacophony of electric billboards, and the actual cacophony of crowds of people, taxis, PA announcements and food vendors, there’s a genteel hush as you wait for your baggage, and you emerge into the wide-open valley feeling as if your vacation has definitely begun. The beauty around you is staggering, and it’s only the beginning.

The town of Jackson Hole is only about 15 minutes away from the airport; its permanent population is about 10,000 people. Its curious name derives from its location in a valley between the Teton Range and the Gros Ventre Range – the term “hole” was used by early trappers, who had to descend relatively steep slopes as they entered the valley, giving them the sensation of entering a hole.

A two-lane highway runs through the valley, surrounded on both sides by mountain peaks, meadows filled with sagebrush and wildflowers, and occasionally by herds of bison (we hit a “bison-jam” one morning – as the herd crosses the highway, people stop to let them pass and to take photographs.) As we sped past it, our driver pointed out “the sleeping Indian” – a mountain peak that bears an uncanny resemblance to a Native American lying on his back. He also showed us the National Elk Reserve, a flat stretch of land alongside the highway where the elks graze in safety in the fall and winter.

“Downtown” Jackson Hole sits at the foot of a mountain that’s home to a family-owned ski resort, Snow King. There’s a charming little park in the middle of town that is flanked by four arches made of thousands of elk antlers (the animals shed them annually, and Scout troops harvest them — no animals were harmed during the making of these structures.) There are lots of restaurants and shops to explore – some the kind of tourist spots that you’d expect, but many that are really good.

On our list of favorites? Persephone Bakery serves heavenly artisanal breads and pastries. Several friends swear by Bubba’s Bar-B-Que (you can get seriously good food there for breakfast, lunch and dinner — actually, you might want to have all of your meals there, everyday — sure, your cholesterol would go through the roof, but it would be totally worth it!) The Snake River Grill is the oldest and most beloved fine dining establishment on the Town Square. The restaurants at the Four Seasons and Amangani are both really good, and for lunch, The Granary at Spring Creek Ranch – which neighbors Amangani – has spectacular views of the Teton Range. Bin 22 in town is great if you’re an oenophile – it’s a wine and tapas bar attached to a well-stocked wine shop.

For luxury lodging, there are two iconic hotels from which to choose; unfortunately, neither are walking distance to town. The Four Seasons is located in a section of Jackson Hole about 15 minutes from town called Teton Village. That’s where you’ll find the largest of the area’s ski resorts, Jackson Hole Mountain Resort, as well as shops and eateries (in winter, the ability to ski in-ski out makes the Four Seasons the preferred luxury choice for many.)

The other luxury option is Amangani, one of two US properties owned by the fabled Aman hotel group, which is also 15-20 minutes away from downtown, but in a different direction. So unlike Aspen, which is easily explored on foot, you have to drive (or be driven around) in Jackson Hole if you want to see and do the best of what’s on offer. We missed being able to ramble around town on foot and walk back to our hotel, but we found compensating advantages of our home base at Amangani that made us OK with that after our first day.

For something a bit less luxe but much closer to nature, you might consider the Jenny Lake Lodge. It’s inside Grand Teton National Park, and is comprised of a collection of rustic, cozy cabins in truly spectacular surroundings. We went there for lunch, and the staff was lovely. And the food is fantastic: Idaho trout is their specialty, but you can also get a bison burger and huckleberry lemonade. Whatever else you do, have the homemade chocolate chip cookies for dessert – ask your server to warm them up, order a cold glass of milk, and your bliss will be complete. And it’s not quite as rustic as you might fear (or hope) – you can still get the New York Times and the Wall Street Journal every morning, and all of the cabins have Wi-Fi.

So what is there to do in Jackson Hole and its environs in the summertime, you say? Here’s a partial list: hiking, rock climbing and rappelling, white water rafting, “float trips” on the Snake River, educational cruises on Jenny Lake, fly-fishing, para-gliding, mountain biking, cycling, hot air ballooning, wildlife “safaris,” horseback riding, barrel racing, watching a rodeo (a real one, not a touristy one), seeing Old Faithful, a private jet ride at sunrise or sunset, nature photography, golfing, stargazing, canoeing, kayaking, and spa treatments galore. Plus lounging by the pool, practicing yoga, going for a swim, watching the sunrise, watching the sunset, napping, reading, sipping rosé, playing chess, talking for hours with your travel companions, and getting some actual deep sleep cocooned in a valley with no blaring horns or shouting neighbors.

The ambient noises you’ll hear will include cows lowing, birds chattering, folk music, and friendly people asking “how can I help you?”

It might take some getting used to. One couple we chatted with – also New Yorkers – said that all the quiet made them nervous.

Other cautions before you plan your trip: you might discover your inner Lewis & Clark and find that within you lies an adventurer. You could find yourself doing things you haven’t done since you were a kid, like baiting a hook, or singing around a campfire. You might meet your spirit animal on a shady hiking trail.

It’s possible that you’ll start talking to strangers and asking to hear their personal stories.

You could find yourself thinking about America — what it has been and what it might still be, and what your role could be in that narrative. You might decide to live just a little bit differently – like you might stop complaining about having to recycle things, now that you see the natural splendors that need to be protected.

It’s possible that you’ll laugh more. You could discover that you look really good in hiking boots. You might start rocking a lariat. You’ve been warned.

In posts to come, we’ll share more about what we did, saw and learned in Jackson Hole, and what we’d suggest you do if you decide to make a visit this summer. But in the meantime, reflect on this: Is it time for you to escape to the West? Do you hear the mountains calling? If so, maybe answer yes.