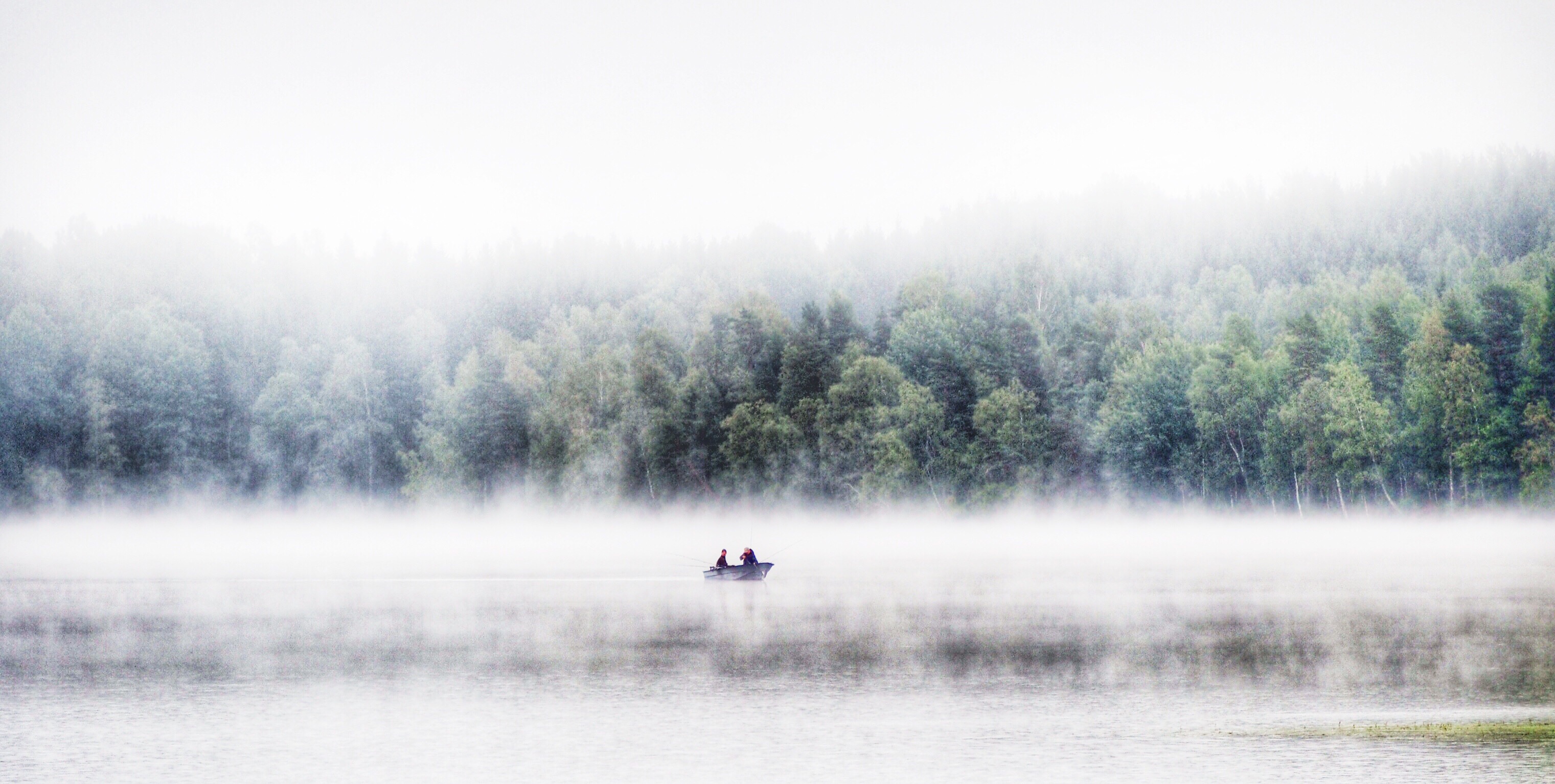 The best way to understand a new destination is to head for the nearest river. I learned this on my first trip to Europe, when a friend and I were freshly out of graduate school and in the midst of a classic Grand Tour on an unemployed student’s budget. London, Paris, Vienna, Florence – the first stop we always made in every new city was the river. Thames, Seine, Danube, Arno – we’d jump on the cheapest tourist boat and use it as our crash course in the geography and topography of our latest port of call.

From the water you can see the oldest part of the city: its tallest structures, its iconic domes. It doesn’t have to be a river, of course – any major waterway will do. The technique works equally well in Istanbul on the Bosphorus Strait, in Hong Kong on Victoria Harbor, and on the Grand Canal in Venice. If you want to feel grounded, head for the water.

Turns out that’s a pretty fine way to get acclimated in Jackson Hole, Wyoming, too. Here at Dandelion Chandelier, we’re sharing our stories from a trip there in early July. If you decide to visit, you could do much worse than to make your first outing a two-hour “float trip” down the iconic Snake River.

Adventurous types might want to go straight to white-water rafting, but a float trip is a calmer and more contemplative introduction to the glories of the American West. We had never taken such a voyage, and we wondered if it would end up being like one of those rides at Disney where you meander in a “boat” though some kind of engaging and potentially educational environment.

Actually, a float trip is sort of like that – except that everything is real, and therefore far more thrilling and thought-provoking.

We took the advice of our brilliant travel agent Judi and set out early in the morning. She was right about it being worth it to set out before dawn: on the drive from our hotel we were rewarded with the sight of a solo hot air balloon floating majestically near the mountains; a blush-pink and golden sunrise reflecting on the mountaintops and on the water, and the fresh green scent of sagebrush, which smells a bit like eucalyptus, but – at that moment at least – much, much better.

We had booked our trip down the river with family-owned rafting company Barker-Ewing. Their meeting spot for guides and passengers is inside the stunning Grand Teton National Park (more about that in a future post), right next to the National Park Service headquarters. The views are gob-smacking: snow-covered rocky mountain peaks; birch, aspen and fir trees; wildflowers and wildlife (a deer crossed our path as we turned into the parking lot).

Our guide that day, Travis, is an experienced outdoorsman, wildlife expert and entertaining raconteur, and we learned a great deal from him. On the drive from our meeting spot to our entry point into the river, he told us the story of how Grand Teton National Park came to be. I’m ashamed to say that I didn’t know this before: Nelson Rockefeller was making his way home to New York from a visit to Yellowstone National Park when he passed through what is now Grand Teton. At that time it was being exploited and neglected: there were billboards all over the mountains, and a developer was considering building an amusement park at one of the nearby lakes.

Rockefeller saw the disaster in the making, and quietly began acquiring parcels of land until he had enough contiguous property to constitute a new national park. Then-President FDR was reluctant to move ahead with the idea, as it would require him to expend political capital that he had plans to deploy elsewhere. But in the end, Rockefeller prevailed. The handful of holdouts who wouldn’t sell still own property in the park to this day. For the rest of us, it’s a public paradise: a ribbon of highway running through a green valley, surrounded by rocky peaks. No commercial messages and endless sky.

Soon enough, it was time to hit the water. After we donned our mandatory life vests and got our safety instructions, we were on our way. Note for the future: if you fall out of a raft in the river, point your feet downstream, don’t try to stand up (you may get trapped in the rocks or vegetation under the surface), and try to get to shore or within arms-reach of an oar. Simple, no? Keep calm and float on.

As we launched our raft into the river, Travis told us the story of why this place at the beginning of our journey is referred to as Deadman’s Bar. It involves three prospectors during the Gold Rush, some dirty dealing on their part, a triple homicide and the first murder trial in the state of Wyoming in 1886. OK, then! Hello, Wild West.

The river is shallow and dusky grey-green in color. It’s surrounded by forest on all sides – fir trees, sagebrush, rocky shoals and sandy cliffs. It’s quite wide at the beginning, then narrows. The various river tours have staggered departures, so you won’t see anyone else on the trip – it’s just you, your guide and the river. And the water fowl, the birds, the fish and the animals by the shore.

The Snake River is apparently so named because the Native Americans who lived there communicated in sign language with the French trappers who crossed their paths. They were weavers, but the French thought that they were making the sign of a snake, so that’s what they called the river. There do not appear to be any snakes in the river. Just in case you were wondering.

Travis says that some people stress about seeing particular animals when they take a float trip, and become indignant if they cannot check each one off their list: moose, bald eagle, bear. “It’s like the Big Five on safari – people get so focused on seeing a particular animal that they miss the beauty of the river.” We vowed not to make that mistake. We did, however, see a mother moose with her baby, having a quiet meal beneath a tree near the shore. Our first moose!

As we drifted along, our guide told us tales of heroism that he’d witnessed on the river: a baby elk menaced by a bear who made a miraculous escape by demonstrating real moxie; an 8-year girl who was a passenger on his raft who did the same thing when a summer storm came up unexpectedly. We learned about the dormant volcano in Yellowstone National Park, and how Old Faithful is the volcano’s way of letting off steam. About the glaciers that formed the mountains and the valley. About the beavers who inhabit the region and how instrumental they are in creating a habitat for other animals (when they dam a river, it creates the ecosystem that supports wildlife like moose.)

Over time, the quiet cadence of the journey became like a balm on the soul – the only thing we could hear was the voice of our guide, the wind in the trees, the sound of the oars striking the water, and the occasional bird overhead. This is why we came, I thought. Not to stalk the wildlife – but to listen, to hear, to just be.

Travis says that while the summer is a fine time to visit, autumn in Jackson Hole is even more magical: in late September and early October, “everything on the shore of the river is golden.”

So what did we learn on this leisurely ride? They weren’t so much new lessons, as they were reminders of essential truths: the importance of curiosity (What’s over the next mountain ridge? What’s around that bend in the river?), adventurousness (Let’s go find out!), and tolerance (Let’s accept whoever we meet with openness and trust until proven otherwise). The necessity for the soul to be in the presence of natural beauty from time to time.

The Snake River also reminded us of how lucky we are to be Americans. There’s a lot of unfortunate behavior at the moment, and it’s easy to forget sometimes who we are, and who we are striving to be as a nation. The majestic landscape of the West is a stunning visceral reminder: this incredible country of ours is a gift. We need try harder to be worthy of it.

A journey down a river is an iconic American experience: Lewis and Clark, Huck and Jim. You can take the fast route through the white-water rapids, or do as we did and go the long way ‘round. Either way, if you keep your eyes open, you might see something you’ve never seen before – it might even be something inside of you.