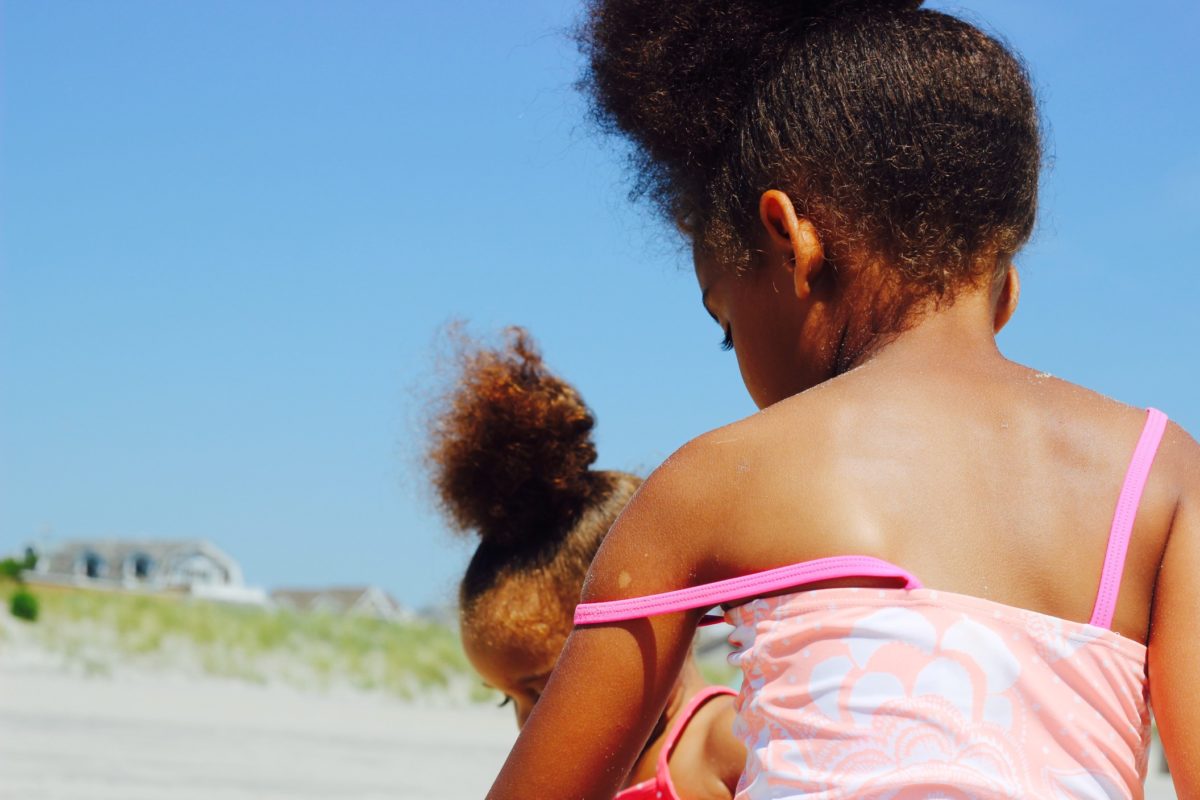 Why is Martha’s Vineyard so important to the black elite?

Is it still true what they say about the black upper class and Martha’s Vineyard?  I get asked that question a lot, especially during the month of August. Because everyone is there. And those who aren’t want a window into this incredibly special milieu. In case you’re wondering: yes, it’s all still true. African-Americans treasure Martha’s Vineyard.

The black professional class has been vacationing on the island of Martha’s Vineyard since the early 1900’s. But it really wasn’t until the high-profile attorney Vernon Jordan was photographed in the 1990’s welcoming Bill and Hillary Clinton on behalf of the community that the general public became aware of this fact.

Generations of African-Americans have owned summer homes on Martha’s Vineyard.  My parents first began summering there in 1959, before my brother and I were born. Even then, black families came to the island from every major American city. A significant number from New York, Boston, Chicago, Washington, Atlanta – and even Los Angeles. Now my wife and our kids and I spend time there every summer, as do lots of the people I grew up with.

By the time former President Barack and First Lady Michelle Obama began spending their summers on the island with their two daughters, it was firmly understood that the 96-square mile island off of Massachusetts’ Cape Cod was considered a slice of heaven for the black elite.

The former First Family could have easily taken their vacation in the Hamptons, or the Rockies, or at a number of American summer communities. But they decided that they wanted an accessible and progressive summer beach community that was integrated, family-oriented and welcoming to their children.

I am grateful that the Obama family’s annual visits to the Island have expanded interest in Martha’s Vineyard among not just African Americans, but also among other people of color. And among white families who simply want to know more about this island that has captured the interest of Presidential families like the Kennedys, the Clintons and the Obamas. (Jacqueline Kennedy Onassis and her family maintained one of the largest estates on the Vineyard, up-island in Aquinnah, for more than 30 years).

But even though the island has attracted more attention and more diversity, there is still so much about it that remains hidden from the mainstream population.  Yes, many have heard about the colorful gingerbread cottages that were built in the late 1800’s as a part of the Methodist Campground in Oak Bluffs. And the “Inkwell” Beach that was famously named as such by the black families who have long sunbathed on that stretch of the Oak Bluffs Beach along Seaview Avenue.  And many have seen or worn the popular Black Dog tee shirts sold at the Black Dog Restaurant in Vineyard Haven and elsewhere on the island.

Many have seen video clips of the Obamas or the Clintons entering chic restaurants in upscale Edgartown. Or heading up-island to the more rural and protected compounds in Chilmark.  And probably the most famous/memorable and blood curdling Martha’s Vineyard subject (beyond the filming of the shark thriller “Jaws” on the Island’s South Beach) is a 1969 deadly incident. That’s when Senator Ted Kennedy and political aide Mary Jo Kopechne drove off a bridge in the resort’s famous Chappaquiddick section (a tiny island off Edgartown that is reached by a ferry that can only carry 3 cars at a time).

what you need to know: socializing on Martha’s Vineyard

the sweet summer joy of the fair on Martha’s Vineyard

A Home for Our Kind of People

The island of Martha’s Vineyard has both a year-round population and a summer population that is mostly white. And I am equally familiar with Edgartown, Vineyard Haven and Oak Bluffs. But it is clear to me and many other longtime black Vineyarders that there is a greater comfort and longer history for black people in Oak Bluffs.  It’s not just the “Inkwell” beach or the informality of busy Circuit Avenue, or the recent diversity at Farm Neck Country Club that makes it more desirable to us. There’s so much more.

A wedding at Union Chapel in Oak Bluffs, Martha’s Vineyard.

I considered this point on a recent Sunday when my family and I were attending a church service in Oak Bluffs. We were hosting a close friend who is a Hollywood producer.  She and her daughter had flown in from Los Angeles. As I sat in the first row balcony of the octagonal Union Chapel in Oak Bluffs, wedged between my daughter and our LA guest, I glanced around the sanctuary and was quickly reminded that the reason the black elite treasures this community. It’s because so many aspects of their world and their lifestyle are present in this little resort.

As I looked down at the well-dressed congregation lining the balcony and filling the seats below in the main sanctuary, I saw other black families from our kids’ New York City private school. And there were several of our black classmates from Harvard (my wife and I met there). One of them–novelist and attorney Ginger McKnight Chavers–was going to be feted later that afternoon alongside black Harvard Law Professor and Pulitzer Prize-winner Annette Gordon-Reed by the Cottagers. Cottagers Inc. was founded in 1956 as a society for African American women who owned homes on the Vineyard. They often host literary teas in their clubhouse one block away.

a hall of fame

There were members of our kids’ Jack & Jill chapter, as well as members of my mother’s Links chapter. I waved across the room to one of my Boule fraternity brothers. Members of America’s oldest and most esteemed black upper class organizations (The Links, Sigma Pi Phi Boule, Jack & Jill, the Guardsmen, and the Girl Friends) filled the church.

They had come from all over the country because this is where African-Americans gather each summer our beloved Martha’s Vineyard. Before we were called to prayer, congregants could look at their church programs and be reminded that other notable black speakers and ministers had presided over services here in the preceding weeks.

They included Wellesley College’s new black President, Dr. Paula Johnson, who was already a prominent Harvard cardiologist at Brigham & Woman’s Hospital in Boston before her appointment. And Rev. Otis Moss, who heads Chicago’s Trinity United Church of Christ (also known as the “Obama Church”). Moss is a dynamic young minister who grew up in Shaker Heights, graduated from Morehouse and Yale Divinity School and whose father had worked alongside Dr. Martin Luther King.

These names and institutions are touchstones for the black elite who gather every summer in Martha’s Vineyard – an amalgam of many places and people that they hold dear.

the sweet summer joy of the ferry to Martha’s Vineyard

a source of pride

In many ways, this completed a circle. The great Adam Clayton Powell Sr., who developed Abyssinian into the largest Protestant congregation in the country, used to vacation in Oak Bluffs in the 1920’s.

Butts, who also serves as the college president of State University of New York at Old Westbury, is a prominent civil rights leader and hero for many in the Harlem community. He has financed and built numerous buildings and affordable housing projects through the nonprofit Abyssinian Development Corporation. He, too, is a long time member of my fraternity. And a popular figure at the charitable events sponsored by the oldest black professional organizations.

a place for preserving heritage and culture

Reverend Butts acknowledged some of the prominent individuals seated around him. He thanked Harvard’s chair of African American Studies Henry Louis Gates for funding the church’s handsome new wood-carved lectern and chairs. Then the esteemed minister joked lightly about the wealth that he saw represented around him both on the Vineyard and in the 100-year old sanctuary.

Then he preached a powerful sermon about the importance of demanding integrity from ourselves and our leaders. Notably, he included a pointed and sober reference to 1600 Pennsylvania Avenue.

This was the core of Oak Bluffs, and it encapsulates the experience of African-Americans on Martha’s Vineyard. This is an environment where it is possible to discuss race, religion, class, history, acceptance, faith and duty with ease. And total candor. Martha’s Vineyard is precious to the black elite because it’s one of the few places outside their homes that they can be completely themselves.

Today’s African-Americans visiting Martha’s Vineyard can be found golfing or shopping in Edgartown. Buying homes in Chilmark. Sunbathing in Aquinnah. And playing tennis in Vineyard Haven. But there is an undeniable history and comfort that my family and others find in Oak Bluffs that simply can’t be replicated. It’s the reason why Martha’s Vineyard remains our little slice of heaven.

Editor’s update: The author, Lawrence Otis Graham, passed away on February 19, 2021. Married for almost 30 years to the Founder of Dandelion Chandelier, Pamela Thomas-Graham, beloved father of their three children, this post remains on our site in memory of his joy, pride and love for Martha’s Vineyard and its rich Black heritage. And in honor of the glorious family days we were lucky enough to share there as a family.

Lawrence Otis Graham is a real estate attorney in New York. And a New York Times bestselling author of 14 nonfiction books. They include Our Kind of People: the History of America’s Black Upper Class. A graduate of Princeton University and Harvard Law School, his work has appeared in The Best American Essays, Reader’s Digest, The New York Times, and U.S. News & World Report, where he has served as a contributing editor. Graham has appeared on The Today Show, ABC News’ Nightline, PBS’ Charlie Rose and other programs. He sits on the boards of the Horace Mann School, Eaglebrook School, and State University of New York-Purchase College.