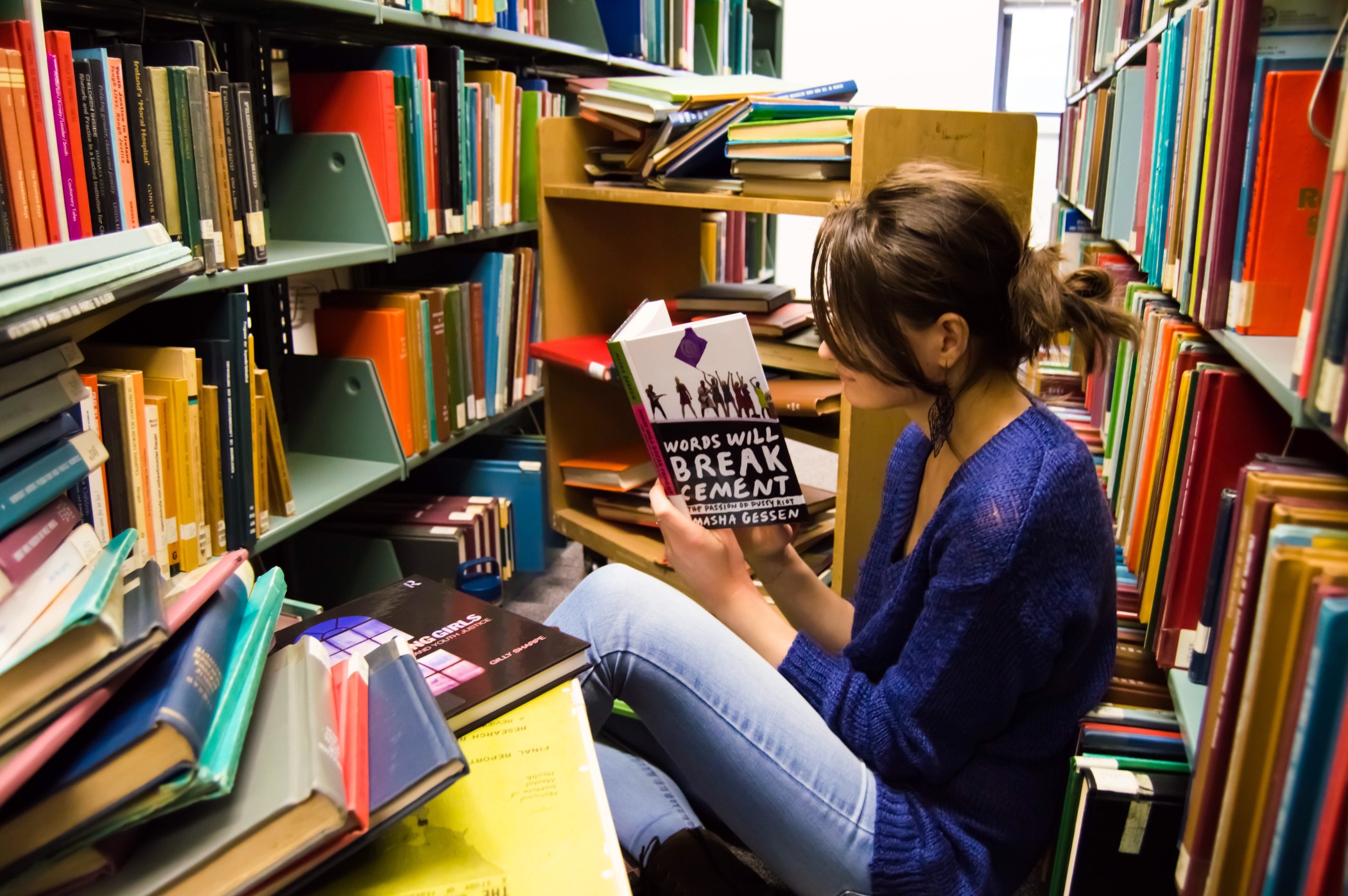 So many books, so little time! Reading can be one of life’s sweetest luxuries. But how to quickly find the next great volume to dive into? To lend a hand, every month we’ll share our Dandelion Chandelier Recommended Reads: books that we’ve personally read and loved – some brand new, and some published long ago. Selected to suit the season, we think they deserve a place on your nightstand. Or your e-reader. In your backpack. Or your carry-on bag. You get the idea.

As the year draws to a close, it’s the season for Top 10 Lists, and Best of 2017 Lists. Of course these are arbitrary constraints — we’re happy to report that we read more than 10 newly-published books this year that we really enjoyed. And when you think about it, the arrival of the new year is irrelevant when determining which books are worthy of spending time with. What difference does that make? Plus, the passage of time proves to be a pretty good arbiter of what’s a truly great read — some books are just ahead of their time, and others really don’t wear well.

However, as we started to compile our list, we realized that there was real power in reflecting on the books that moved us this year. It forced us to define what “good” is — at least in our humble opinion — to think about what we value most when we read, and to reflect on the power of art to generate empathy, increase our knowledge and understanding, and provide pure joy. Like a birthday, anniversary or holiday, the end of the year may be an arbitrary date, but it’s an important forcing mechanism for taking stock, consolidating lessons learned, celebrating excellence and making new plans for the year ahead.

So in that spirit, here is our list of the 10 newly-published books that we most valued reading this year. To their authors, we say THANK YOU for taking us on such transporting journeys. And to you, dear reader, we suggest making your own Top 10 list. It’s almost certain to reveal something about yourself that perhaps even you didn’t know. Happy New Year.

2017 was an excellent year in the realm of books. We were provoked, entertained, educated and moved by many things that we read this year. Not everything we read, of course — you have to take the bitter with the sweet when it comes to your reading list, and we’re staying mum on the reads that disappointed us. Instead, we’re celebrating the triumphs — and the authors who delivered pleasure, surprise, novelty and wit. It’s completely presumptuous for us to call these “the best” — who are we to say? We majored in Economics, not Literature. These 2017 books are the ones that left us feeling smarter and more connected to the world, and that we would happily recommend to a friend, nothing more.

Our list is in no particular order. If you haven’t had a chance to read one of these yet, we’re pretty sure that they’ll be just as good if you crack them open in the New Year.

Improvement by Joan Silber. This luminous novel is a perfect read for the end of one year and the start of the next. Set in New York, Berlin and Turkey, its the tale of a young single mother who makes a fateful decision to protect her child, and the many consequences of that act. Moving back and forth between time and various characters, it weaves a tapestry that — like the Turkish rugs in the story and the tattoos of its protagonist – contains layers of meaning that are a joy to discover. Smart, lovely and deeply human, this was one of our favorite reads all year.

The Power by Naomi Alderman  is an eerily prescient sci-fi novel that is directly relevant for recent headlines about powerful men and their treatment of women. Mysteriously, suddenly, inexplicably, teenage girls and women have immense physical power. With a flick of their fingers, they can cause great pain, and even death. And that enables them to flip the patriarchy upside down. It’s an alternate reality that raises profound questions: what would the world be like if women were the physically dominant gender? Would they wield their power any differently than men have? The book is being hailed as “this generation’s The Handmaid’s Tale,” and the great Margaret Atwood endorses it on the cover. Read it and then plan to discuss. For a long time.

Exit West by Mohsin Hamid. This lovely novel is both highly topical and timeless. It’s the tale of two young people – Saeed and Nadia – who are living in a city rocked by civil war. Nadia is spirited and tough – Saeed sensitive and devout. When they begin a love affair, they’re quickly forced to decide whether to stay or go – with each other, and with their homeland. They become refugees through a metaphorical door, and their journey becomes a way to intimately understand what it means to be a refugee. We have always loved Hamid’s work – his novel The Reluctant Fundamentalist is a must-read. Short-listed for the Man Booker Prize this year, this is the perfect novel for those seeking to understand the currents at work in the wider world, and who want to engage in thinking through what it means to be someone’s neighbor.

Code Girls: The Untold Story of the American Women Code Breakers of World War II by Liza Mundy is the Hidden Figures of this year.  Written by a former reporter at the Washington Post who’s the author of three other books about the experiences of women, it’s the non-fiction account of the little-known teams of female code-crackers assembled during the Second World War. Recruited by the U.S. Army and Navy from small towns and elite colleges, more than ten thousand women served as codebreakers during the conflict. Their work helped shorten the war, and saved thousands of lives by breaking the codes of the German and Japanese armed forces. In some cases, men were given credit for their work. Some remained in government service when the war ended, and one – English-major-cum-math-prodigy Ann Caracristi – became the first woman to serve as deputy director of the NSA. A strict vow of secrecy had kept average Americans unaware of their contributions until now. It’s a classic “hero’s journey” starring intrepid women that will inspire us all as we prepare to launch into a new year.

Goodbye, Vitamin by Rachel Khong. Elegiac, melancholy, wistful, perfectly crafted and deeply emotional – and oh yes, it features a family. And the holidays. Among other things. Over the course a year we see 30-year old Ruth deal with the challenges of a history-professor father with Alzheimer’s, a mother who blames herself for his illness, a brother estranged from the family, and her own broken engagement. Laugh-out-loud funny at times, and piercingly sharp in others, Khong is brilliant at penning memorable aphorisms and also at getting to the very heart of the matter with the lightest possible touch. This should come as no surprise, as she was the executive editor of the dearly departed Lucky Peach. It’s a fantastic read.

Made for Love: A Novel by Alissa Nutting. The premise of this novel is truly nutty: in 2019, a 30-something woman flees the home she shares with her manipulative tech mogul billionaire husband, and lands in her elderly father’s trailer park in Florida on the same day that his life-size blow-up sex doll arrives in the mail. There’s also a subplot involving dolphins that is basically unprintable in a refined blog such as our own. Trust us: not only is this book smart, sharp and funny – it’s also a moving reflection on what we lose when technology advances past all imagining; on the nuances of love and disappointment between parents and daughters; and on human desires that even AI cannot override. It’s a brilliant, provocative, subversive read.

Blind Spot by Teju Cole. This travel narrative delivers a wonderful around-the-world journey with an erudite, spiritual, and compassionate tour-guide. The multi-talented Cole is both writer and photographer (he’s the photography critic for The New York Times Magazine). His meditations on what he finds in cities and villages around the globe will provoke you to think deeply about your place in the world.

Autumn by Ali Smith. Among the first wave of novels addressing post-Brexit Britain, and short-listed for the Man Booker Prize, this is the first in a planned cycle of four works of fiction – one for each season – all set in the UK. This installment tells the story of a friendship between Daniel – who is 101 years old – and Elisabeth, a 32-year-old art lecturer. She visits him in order to read to him and as their connection deepens, their conversations range over numerous topics: art, books, how to live, the meaning of borders, identity and fame. It’s deeply human, and a wonderful blend of light and dark. It’s a rare writer who can capture the mood of the moment, and also spin a story that feels timeless. Ali Smith is one of them.

Flâneuse: Women Walk the City in Paris, New York, Tokyo, Venice, and London by Lauren Elkin. The flâneur is the quintessentially masculine figure of privilege and leisure who strides the capitals of the world with abandon. But the flâneuse is a “determined, resourceful individual keenly attuned to the creative potential of the city and the liberating possibilities of a good walk.” Virginia Woolf called it “street haunting”; Holly Golightly epitomized it in Breakfast at Tiffany’s; and Patti Smith did it in her own inimitable style in 1970s New York. It’s the perfect inspiration and how to guide for urban dwellers, wanderers, adventurers and budding Wonder Women everywhere.

Whatever Happened to Interracial Love? Stories by Kathleen Collins. This never-before-published collection of stories from a brilliant yet little known African-American woman who was an artist and filmmaker was a revelation for us. Collins was a playwright, filmmaker, civil rights activist, film editor, and educator. Her film Losing Ground, a narrative portrayal of a black female intellectual, was one of the first feature films made by a black woman in America. The author died in 1988 at the age of forty-six, and these works were found and published only a year ago. Like a brilliant screenplay, they’re spare and yet vivid – in just a few strokes, Collins paints a landscape of striving, heartbreak, secrets and – of course – love. It’s a beautiful body of work from someone lost too soon.