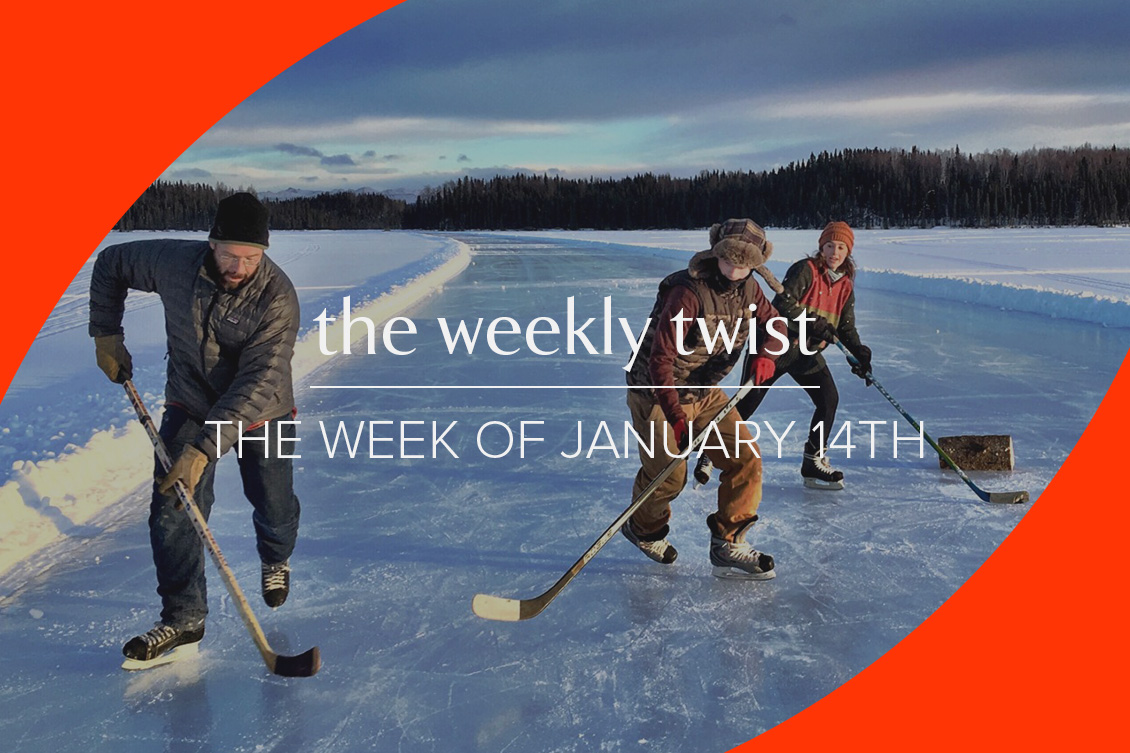 This week’s edition of TWIST: This Week in Sports Talk begins with a tip of the hat to Nick Saban, head coach of the University of Alabama’s Crimson Tide football team. On Monday night, he led his players to their 5th national championship with an overtime victory against the Georgia Bulldogs, 26 to 23. In a game for the ages, he made the call to replace his starting quarterback with a freshman, Tua Tagovailoa, who went on to deliver a stunning performance (including a touchdown pass in overtime). That’s some real grit, right there.

1. It’s the NFL Playoffs, weekend two. Must know: It’s the divisional round, and our Sports Desk says that this will be one of the best pro football weekends of the year. There are four games this weekend between the best teams in the league, played one at a time so hard core types can watch all of them in full (no NFL Red Zone this weekend). Cardinal Rule: do not phone, text or drop in on any of your pals who love this sport this weekend (unless you’re watching the game, too). They definitely won’t want to be disturbed. Nice to know: The four games are the AFC Jaguars at Steelers and Titans at Patriots; and the NFC Falcons at Eagles and Saints at Vikings. FYI, the NFC is considered to have collectively better teams and better games this weekend. Extra credit: An intriguing subplot in this weekend’s games is the match-up of “old” experienced quarterbacks against “young” newcomers. It’s the veteran squad Tom Brady, Ben Roethlisberger, Drew Brees, and Matt Ryan (aka “Matty Ice”) versus the new guard Blake Bortles, Casey Keenum, Nick Foles and Marcus Mariota. Don’t try to memorize all these names – just mention the generational shift underway, and you’ll be able to hold your own in the conversation.

2. Controversy erupts at the Australian Open. Must know: This week, Margaret Court (winner of 64 Grand Slam singles and doubles titles) continued her string of negative comments about the LGBT community. In response, tennis legend Billie Jean King is calling for the Margaret Court Arena at the Australian Open to be renamed. King stated that if she were still playing, she would refuse to play in the stadium until the name was changed. Nice to know: Organizers of the Open invited Maria Sharapova to take on official duties at the opening draw ceremony – this is traditionally an honor bestowed on the previous year’s winner. Because the previous champion, Serena Williams, is not competing this year, Sharapova got the nod. This was not well-received by fans who believe that her drug use and suspension from the game should have disqualified her from playing such a prominent role. Sharapova served a 15-month doping ban for a positive drug test less than two years ago. Extra credit: Andy Murray is not playing in this tournament due to a hip operation; there’s growing speculation over whether he will ever be able to return to the court.

3.  Major League Baseball free agency freeze. Must know: The free agency period in the MLB has experienced a winter chill. The Philadelphia Phillies struck a deal with Carlos Santana, formerly of the Cleveland Indians. But other than that, major deals have been scarce. 130 free agents remain unsigned from a pool of more than 160, and no one has signed a deal for longer than three years. Nice to know: What’s going on here? As spring training approaches, the prices come down, as talented players become more keen to secure a team to play for. Whispered around the sport is whether this sluggish deal flow is the result of team owners working together to hold out until close to the end of the free agency period in order to keep salaries low (this happened in the 1980s). Extra credit: Believe it or not, MLB pitchers and catchers arrive for spring training in about a month. Can actual spring be far behind?

If you want to go for some extra street cred, or if you’re on a particularly long plane ride with an avid sports fan, here are three other nuggets of information that might come in handy (interestingly, two of these involve LeBron James):

In the NBA, the Cleveland Cavaliers are back on a losing streak. They’ve lost three straight games, seven out of the last nine, and eight of the last 11. The rumor mill is churning with talk of whether the team really cares about winning, and whether LeBron James is planning his exit at the end of the season. Isaiah Thomas’ transition into the team has been rocky lately, also a cause for concern. The fearsome Golden State Warriors are coming to town to play the Cavs on Monday (this is their traditional MLK Day match-up). Watch this space for further updates.

Jaguars quarterback Blake Bortles deals with more criticism than any other starting quarterback in football right now (arguably somewhat justified based on his performance this season). On Wednesday, when asked about it at a pre-game press conference, he responded: “It’ll probably never stop. There’s people who think LeBron James sucks. So if that happens, I’m sure there will always be people who always think I suck.” Some interpreted this as the QB favorably comparing himself to the wildly talented King James, and found it inappropriate (or at least, inaccurate) – we’re not sure that’s what he intended to communicate. Your call.

Finally, the trend of former athletes buying or managing professional sports clubs is a hot topic. When owner Jerry Richardson, facing allegations of workplace misconduct, announced late last year that he’ll be selling the NFL’s Carolina Panthers, Steph Curry expressed early and strong interest in becoming a part owner. It’s his hometown team, and he’s an avid fan. Meanwhile, Magic Johnson’s role as president of basketball operations for the Los Angeles Lakers seems to have breathed new life into the franchise. But former Yankees star Derek Jeter has had a bumpy start as CEO of the MLB’s Miami Marlins. Expect to hear more talk in the coming months about how and when this theoretically exciting ownership/leadership model actually works in practice.