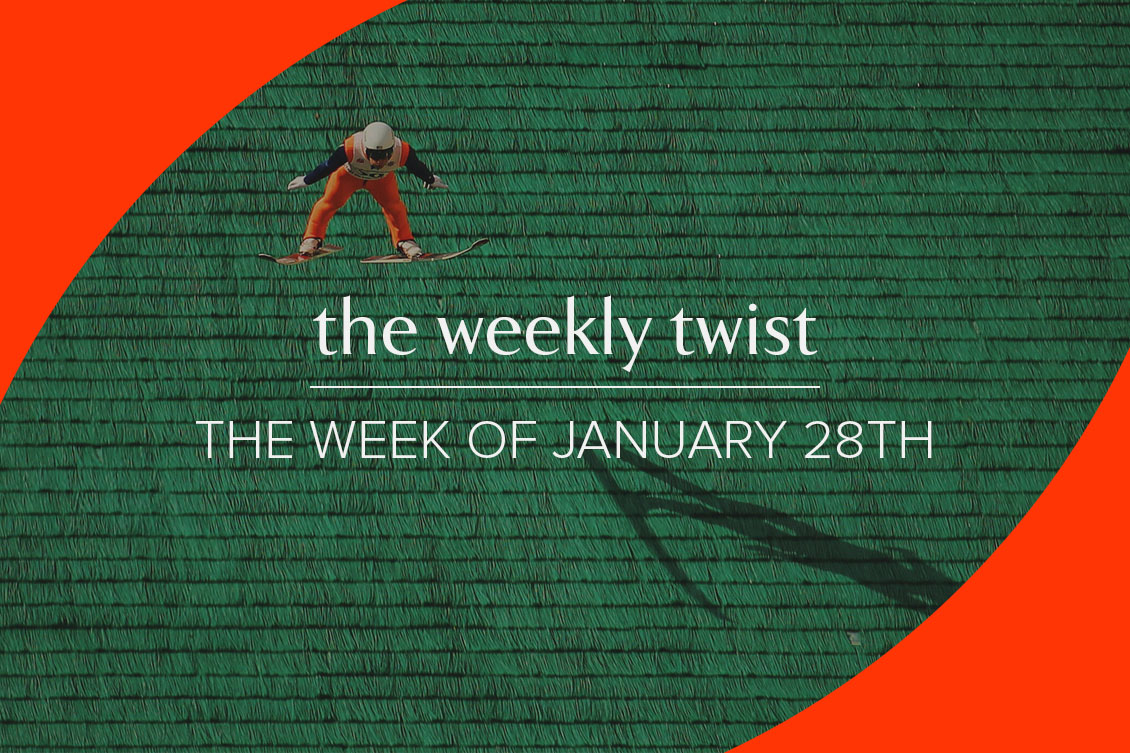 This week’s edition of TWIST: This Week in Sports Talk begins with rumors that supermodel Gisele Bündchen really wants her husband, New England Patriots quarterback Tom Brady, to retire from the NFL after next week’s Super Bowl. But it’s said that there’s no chance he’ll do it, even though she has made her wishes abundantly clear. And she’s a supermodel – did we mention that? Here at Dandelion Chandelier, what do we take from this? That even Gisele can’t get her man in line! What hope is there for the rest of us? Geez.

1. The Super Bowl is one week away. Must know: The New England Patriots and the Philadelphia Eagles will face each other at Super Bowl LII in Minneapolis, after the Eagles upset the Minnesota Vikings in dramatic fashion in the NFC championship game. The Pats are favored to win, with the Vegas line currently showing the Eagles as the biggest Super Bowl underdogs since the 2009 Cardinals. But if the Eagles have proven anything this season, it’s that underdogs should never be counted out. Nice to know: The Pats’ quarterback Tom Brady led his team to victory last Sunday despite his injured thumb (he had to have 12 stitches) and without his trusted teammate Rob Gronkowski, who was out recovering from a concussion. Extra credit: Meanwhile, the teams who aren’t in the Super Bowl are already focused on next season, starting with their coaching staffs – many of the players in the current “coaching carousel” used to work for the Patriots, effectively wiping out the Pats’ senior coaching ranks. Extra extra credit: The New York Giants have a new head coach: Pat Shurmur, formerly the offensive coordinator for the Vikings. The Titans have hired Mike Vrabel, former linebacker for the Pats, as their new head coach. After the Super Bowl, it’s expected that the Pats’ Matt Patricia will be named head coach of the Detroit Lions and that the Pats’ Josh McDaniels will depart to become head coach of the Indiana Colts – unless Bill Belichick abruptly leaves the Pats and McDaniels takes his job. BTW, you don’t need to remember any of this, unless “your” team is affected by it. If it is, just memorize the appropriate name, and move on.

2. The Australian Open comes to a close. Must know: In the women’s final, Caroline Wozniacki defeated Simona Halep to win her first Grand Slam. Nice to know: Meanwhile, on the men’s side, Roger Federer beat Marin Cilic and won his 20th Grand Slam title. Extra credit: One by one, former Grand Slam champions have welcomed Caroline Wozniacki to the club; Serena Williams sent a lovely heartfelt congratulatory Tweet. The U.S. Tennis Association announced this week that Serena will play alongside her sister Venus, CoCo Vandeweghe, and Kathy Rinaldi as Team USA takes on the Netherlands in the Fed Cup by BNP Paribas in Asheville, North Carolina on the weekend of February 10-11. Yay!

3. NBA prepares for the All-Star Game. Must know: The 67th edition of the NBA All-Star Game will be played on February 18 at Staples Center in Los Angeles. Comedian Kevin Hart, musician Pharrell Williams and musical group N.E.R.D will headline the entertainment. Fergie will sing the National Anthem. Nice to know: Last fall, the NBA announced that the All-Star Game format would change: instead of a match-up of the Eastern and Western Conferences, this year the league employed a draft-style format, similar to the one previously used by the NHL. The two team captains were determined by the most votes received in their respective conference – LeBron James and Steph Curry are the captains this year. Each team picks a charity to play for, and the winning team will have money donated to their charity. Extra credit: The pool of potential players for the All-Star Game is determined by a vote: fans make up 50% of the vote, and NBA players and the media each comprise 25%. This week, LeBron James and Steph Curry chose their respective teammates from the eligible pool via a draft. Going forward, people will refer to these as ‘Team LeBron” and “Team Stephen.” We love both of them and are finding it hard to pick a side in this one.

If you aspire to earning a PhD in professional sports, here’s a topic that will earn you incredible street cred with the NFL super-fans in your life. Follow closely: in 2001, the New England Patriots beat the LA Rams (who were the NFC West champs); in 2002, the Pats beat the Panthers (the NFC South champs); in 2004, they beat the Eagles (the NFC East champs) – establishing a pattern of victory: West-South-East.

What happened next? Well, in 2014 the Pats beat Seattle (the NFC West champs); in 2016, they beat the Falcons (the NFC South champs). Guess what? Now they’re playing the Eagles (who are the NFC East champs). Is the West-South-East pattern about to repeat?

You could swagger into the office and offer to bet that it will. Who cares if you lose? You’re playing the sitting-around-talking-about-sports game at the highest possible level for an amateur, and that’s our goal here.

A slightly less complicated but still impressive wager would be if you showed up at the gym or the fitness studio and casually mentioned: “In all of NFL history, only two teams have won 3 Super Bowls in 4 years (see how easy that is to remember? 2-3-4) I bet the Pats can do it again.” That would show some real knowledge, right there – you should totally do it. No one will remember if you lose, and everyone will remember if you win.