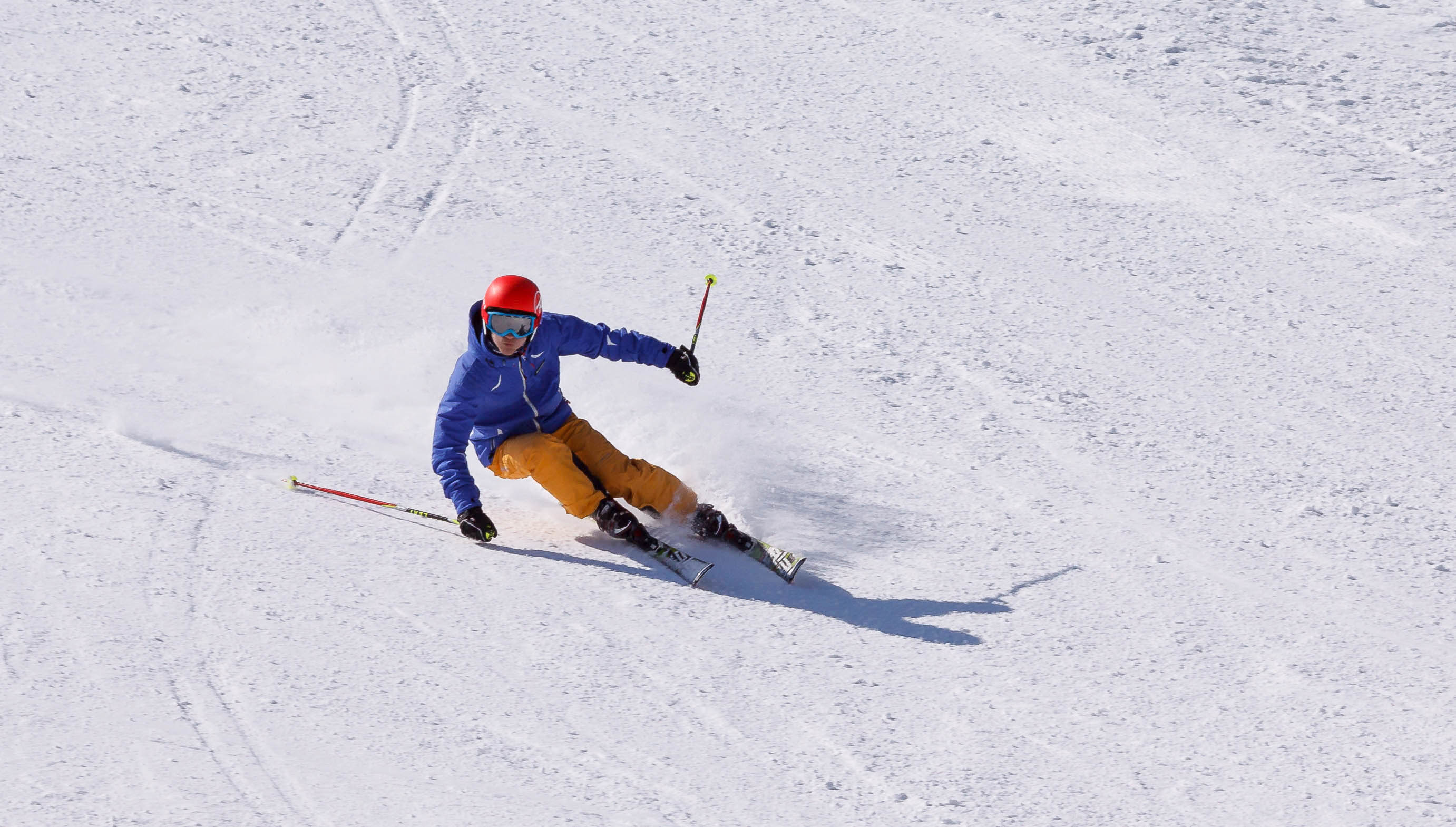 It’s here! The XXIII Olympic Winter Games kicked off in Pyeongchang, Korea on Friday, February 9th. Athletes from 92 countries are competing across 15 disciplines. NBC will be live-streaming a record 1,800 hours of coverage. The die-hards will be trying to watch nearly all of it, but just in case you’re really busy (or have only a passing interest in winter sports), here are the 5 names and the 5 can’t-miss events you should catch to keep up and contribute meaningfully when the conversation at work, at the gym, or a the bar turns to the Games.

We confess that our list skews very American, so forgive us, dear readers in other nations. We can’t help showing some home-town pride on this one.

Snowboarder Chloe Kim. A four-time X Games champion and the only woman to land back to back 1080s, Chloe Kim might already have been an Olympic medalist if rules didn’t bar her from competing at the Sochi Games four years ago as a 13-year-old.  If Kim wins gold—as she’s expected to—she’ll be the youngest female snowboarder to do so, all before she turns 18.

Skier Mikaela Shiffrin. Shiffrin is regarded as the best female slalom skier in the world, and quite possibly the best skier, period.  As an 18-year-old in Sochi she became the youngest athlete in history (male or female) to win an Olympic slalom gold medal. Not only is she a contender in for gold again in slalom, but also in combined and super-G. In 2017, she became just the fifth American woman ever to win an overall World Cup title.

Snowboarder Shaun White. Perhaps the most famous snowboarder in America, Shaun White just missed the podium at the 2014 Winter Games after back-to-back gold medals at the halfpipe event in 2006 and 2010.  He is poised to  reclaim gold, having scored a perfect 100 at the U.S. Grand Prix to qualify for PyeongChang.

Bobsledder Elana Meyers Taylor. When California native Elana Meyers Taylor started bobsledding in 2007, she didn’t even own a winter coat. In 2010, she took home a bronze medal as brakeman (back of the sled) with teammate Erin Pac, and in 2014 won silver as pilot (in the front of the sled) with teammate Lauryn Williams. Meyers Taylor has also made history: as the first black pilot to win an Olympic medal, the first woman to win medals as both pilot and brakeman, and the first U.S. woman to win two bobsled Olympic medals. Here’s to making that three.

Ice Dancers Alex and Maia Shibutani. Our last athlete to watch isn’t a single athlete, but rather a brother and sister duo- Alex and Maia Shibutani, also known as Shib Sibs.  Having started as singles skaters, the pair officially teamed up in 2004 to compete as an ice dancing duo which turned out to be a great move.  They’ve won numerous medals at national championships—including placing first two times—and took home silver in the 2016 world championships and bronze in 2017. Not only are the pair talented, but they have great taste in music too, having performed to both Coldplay and Michael Jackson in competitions.

Opening Ceremony. This years opening ceremony will take place in a new 35,000-seat Olympic stadium that was constructed specifically for the games.  The two-hour event will feature the traditions we associate with the Olympics like the lighting of the torch, the Parade of Nations as well as some uniquely Korean Kpop performances.  Be on the lookout for Team USA and their heat conductive parkas by Polo by Ralph Lauren as well as North Korea and South Korea marching under one unified flag.  The move is designed to promote a spirit of peace and cooperation.  Olympic enthusiasts who want to take in all the action can catch the opening ceremony at 6 a.m. EST on NBCOlympics.com or on the NBC Sports app. Those of us who aren’t early birds can catch a fully produced version of the ceremony at 8 p.m. EST the same day on NBC, which will be hosted by Katie Couric and Mike Tirico.

Figure Skating. Who can resist the grace, charm and drama of figure skating? Between the sequined costumes, the lyrical choreography, and the kiss-and-cry zone, this is an event not to be missed. This year, the American women’s team will be led by comeback kid Mirai Nagasu.  Though she is not expected to medal, she intends to land a triple axel – twice.  No American woman has landed even one triple axel in an Olympics before.  The men’s side of team USA is led by 18-year-old phenom Nathan Chen, the first skater ever to include five quadruple jumps in one routine. Chen might seem like a lock for the gold medal, but he faces stiff competition in the form of reigning gold medalist Yuzaru Hanyu of Japan, whose expressive routines have been known to bring audiences to tears. With 1998 gold medalist Tara Lipinski and Johnny Weir commentating for NBC, you know this is going to be must-see TV.

Alpine Skiing. Fast and dangerous, alpine skiing offers many must-see races (Downhill, Super G, Giant Slalom and Combined). Ski events will be closely watched this year, thanks not only to the thrill of speed but also to Lindsey Vonn, the most successful women’s ski racer in history, with five Olympic medals under her belt.  While she has grappled with injuries in recent years — missing the 2014 Games — Vonn remains the sport’s winningest female racer.  Need any more reasons to tune in?  Making its Olympic debut is the Team Race.  This new single elimination event has a 16-nation bracket with each team consisting of two men and two women. The race will be conducted as a parallel event with giant slalom gates and flags. It will definately be fast and fun to watch!

Round-Robin Curling. If you’re looking to watch an Olympic sport that doesn’t make you feel guilty for every time you’ve skipped the gym, make curling your event. This year, 10 national teams (five per gender) will compete.  Team USA will be represented by Becca Hamilton & Matt Hamilton (brother and sister) who will compete together in the Winter Olympics’ first year of mixed doubles curling, as well as separately on the men’s and women’s teams. If they get to the gold medal rounds, that means 18 straight days of competition on the ice for them and plenty of chances to watch for you.

Biathlon. For those unfamiliar with this event, biathlon is a combination of cross-country skiing and shooting. Each racer skies then shoot at sets of targets.  That doesn’t sound so hard, so why should you watch this event?  A biathlete will ski at full speed and his or her heart rate could rise to around 200 bpm only to then have to immediately stop and shoot targets 50 meters away.   Biathletes have to do this up to FOUR times with the clock running. And if they miss they have to skate a penalty lap. Our heart is beating just thinking about the intensity of this sport.  Three-time Olympian Lowell Bailey is trying to secure Team USA’s first-ever Olympic biathlon medal in Pyeongchang.

There you have it! Everything you need to know to be Olympics-literate this month. Let the Games begin!