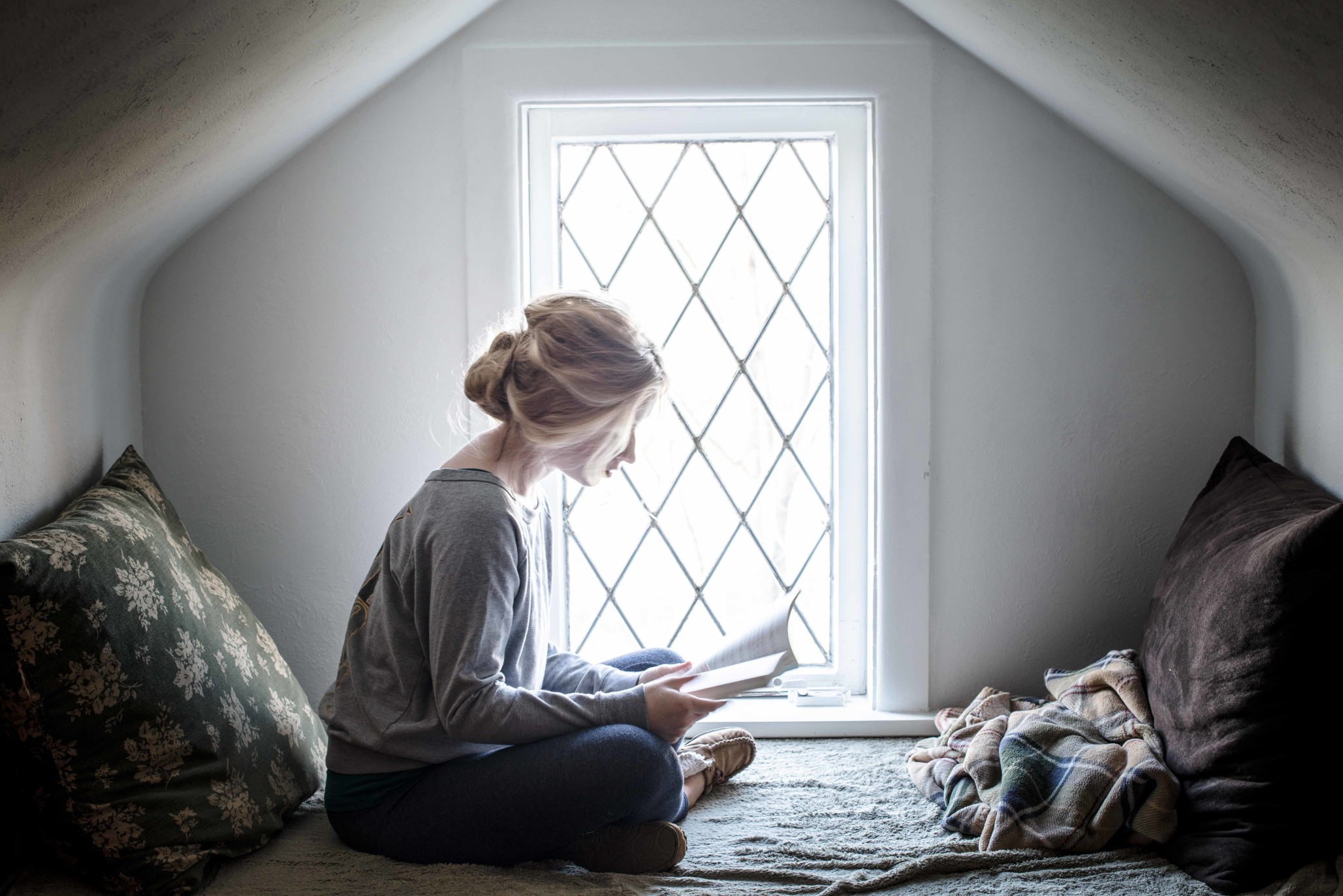 New month, new books! Book Light  is our Dandelion Chandelier curated list of the titles we’re most excited about for the coming month. March brings a wave of debuting authors and the return of some well-loved favorites. Not surprisingly, the month that celebrates Women’s History will see several new publications about ground-breaking female leaders. There are also new novels set in dreamy, exotic locales: two in Italy, and one in Tangiers. Three female novelists explore life in New York City through very different lenses; a wise woman spins fractured feminist fairy tales; and love stories of all kinds abound – after all, spring arrives in March, and you know what that means.

Here at Dandelion Chandelier, we’ve been exploring the most-anticipated new publications scheduled for late February and March 2018, and compiling our reading lists. Here’s our pick of the top new books – novels, essay collections, and non-fiction – that we cannot wait to read. You can pre-order all of them right now if you like. And be sure to stock up on bulbs for your reading light – with a list this good, we’re all going to be up late.

Stealing the Show: How Women Are Revolutionizing Television by Joy Press tells the story of the pioneering women who became leaders in creating and producing television programming. Tracing the evolution beginning in the 1980s with Roseanne Barr and Diane English (Murphy Brown), and continuing through Amy Sherman Palladino (Gilmore Girls), Jenji Kohan (Weeds, Orange Is the New Black), and through to today’s Jill Soloway (Transparent), this is an informative and inspiration look at how female executives in TV are transforming our culture – February 27, 2018

Dress Like a Woman: Working Women and What They Wore by Abrams Books, Vanessa Friedman and‎ Roxane Gay includes 300 photographs illustrating how women’s roles have changed over the last century, the majority of which are of ordinary working women. With essays by renowned fashion writer Vanessa Friedman and feminist writer Roxane Gay, this is a sharp and engaging look at the role of gender and dress in the workplace – February 27, 2018

Girls Burn Brighter by Shobha Rao is a debut novel about the unbreakable bond between two teenage girls in modern-day India. Poornima has lost her mother and been left to care for her siblings until her father can find her a suitable match. Savitha enters their household as a servant, and her independent spirit causes her to imagine a different life. When an act of cruelty drives Savitha away, Poornima journeys from the darkest corners of India’s underworld to an apartment complex in Seattle to find her – March 6, 2018

Broad Band: The Untold Story of the Women Who Made the Internet by Claire L. Evans follows in the footsteps of Hidden Figures and Rocket Girls, tracing the unsung women who made significant contributions to the development of technology. They include Grace Hopper, the mathematician who led the charge for machine-independent programming languages after World War II; Elizabeth “Jake” Feinler, who kept the earliest version of the Internet online; and Stacy Horn, who ran one of the first-ever social networks on a shoestring out of her New York City apartment in the 1980s – March 6, 2018

Speak No Evil is Uzodinma Iweala‘s second novel (the first was the critically acclaimed Beasts of No Nation); its the story of the American-born, Harvard-bound son of a conservative Nigerian family, and the devastating consequences of the revelation of a secret he has shared only with his best female friend – March 6, 2018

Chloe Flavor: Saucy, Crispy, Spicy, Vegan by Chloe Coscarelli, with a foreword by Michael Symon, promises plant-based recipes that are “bold in taste, loud in color, unabashedly unique, and, above all, easy to make.” Bring it on. – March 6, 2018

The Parking Lot Attendant by Nafkote Tamirat is a debut novel — a coming-of-age story set in Boston’s tightly-knit Ethiopian community. A teenage girl falls under the spell of a charismatic hustler using his job as a parking lot attendant to cover more sinister activities, to her father’s dismay – March 13, 2018

The Merry Spinster: Tales of Everyday Horror by Mallory Ortberg (author of Texts from Jane Eyre) is a retelling of several classic folktales with a decidedly feminist point of view; a mash-up of fairy tales, children’s books, ancient poems and Christian theology, it’s like nothing you’ve ever read before, and a provocative call-to-action around power and gender roles  – March 13, 2018

Laura and Emma by Kate Greathead is debut novel about a single mother raising her daughter among the upper crust of New York City society, circa 1980. Laura raises her daughter Emma alone in the same blue-blood world of private schools and summer homes she grew up in, helped (and sometimes hindered) by her eccentric family; an exceptionally kind male pediatrician; and her overbearing best friend. Told in yearly vignettes, it’s a deft exploration of class and family – March 13, 2018

The Sparsholt Affair by Alan Hollinghurst, winner of the Man Booker Prize, is a new novel set in England and spanning seven decades. In 1940, David Sparsholt and Evert Dax meet at Oxford and form a lifelong friendship; through the lens of their lives and families, the tale explores the social and sexual revolutions of the past century, the ties between fathers and sons; the repercussions of the acts of a family’s previous generations; and the longing for certainty in an ever-changing world – March 13, 2018

Alternate Side, the New York Times bestselling author Anna Quindlen returns with a novel set in New York City in which tensions in a tight-knit neighborhood—and a seemingly happy marriage—are exposed by an unexpected act of violence – March 20, 2018

The Italian Party by Christina Lynch sounds like great fun. Newly married, Scottie and Michael are living in Tuscany. When Scottie’s Italian teacher disappears, her search for him leads her to discover other, darker truths about herself, her husband and her country. Amazon notes that it’s “half glamorous fun, half an examination of America’s role in the world, and filled with sun-dappled pasta lunches, prosecco, charming spies and horse racing, The Italian Party is a smart pleasure.” We’re in! – March 20, 2018

Not to be confused with the prior title, with The Italian Teacher, Tom Rachman, he bestselling author of The Imperfectionists, returns with a novel about the son of a great painter striving to create his own legacy– March 20, 2018

Every Note Played by Lisa Genova, a neuroscientist and the bestselling author of Still Alice, is a novel about an accomplished concert pianist who develops ALS, rendering his right arm and fingers paralyzed (he knows his left arm will go next). Meanwhile, his recently-divorced ex-wife struggles with her unfulfilling life as a piano teacher, afraid to pursue the path she abandoned as a young woman. As time grows short, the pair must find a path to forgiveness and resolution – March 20, 2018

Tangerine by Christine Mangan sounds like the literary page-turner of the month. The last person Alice Shipley expected to see since arriving in Tangier with her new husband was Lucy Mason. The two friends—once inseparable roommates—haven’t spoken in over a year. Lucy’s persistence pulls Alice out of her home and into the country. But then Alice’s husband goes missing, and Alice starts to question everything around her. It must be pretty good: it’s already been optioned for film by George Clooney’s Smokehouse Pictures, with Scarlett Johansson slated to star – March 27, 2018

Sociable by Rebecca Harrington, set in current-day New York, is a novel about a young, frustrated wanna-be great journalist who is instead working as a nanny; then she’s offered a job at a digital media company, and finds that her true gift is writing viral content. This causes her serious-writer boyfriend to dump her, and literary society to shun her. You can see the excellent rom-com that will someday be made from this sharply-observed comedy of modern manners – March 27, 2018

There you have it! A nightstand’s worth of new books to dive into in the coming weeks. Happy reading!