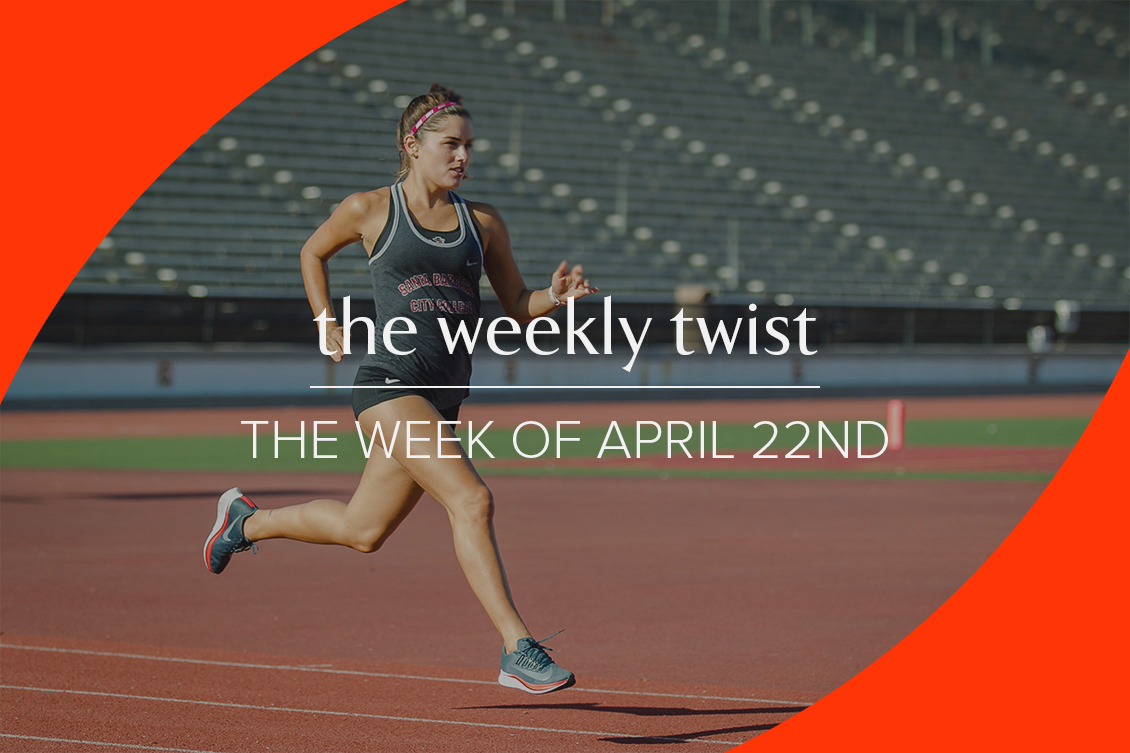 The center of gravity in our round-up this week turns out to be Boston. In Major League Baseball, the Boston Red Sox chalked up their fifth grand slam home run for the season this week, which is pretty cool, given that they had none in the entire 2017 season. Meanwhile, there’s drama and intrigue in Patriots Nation – more on that in a moment. And in Monday’s Boston Marathon, Desiree Linden became the first American woman to win the race in 33 years.

1. Red Sox catch fire. Must know: The Boston Red Sox continue to dominate the early MLB season with a franchise-leading record and the current best record in the league, at 17-3. The Sox pummeled the LA Angels and their superstar rookie Shohei Ohtani earlier this week (although LA fans note that Ohtani had a blister on his pitching hand). Boston beat the Oakland A’s Friday night, and had been on an 8-game winning streak until they lost to the A’s on Saturday night. All you have to say to a baseball fan this week is “How about those Red Sox?” And you’ll be good to go. Nice to know: The New York Yankees are 6.5 games behind their arch-rivals, the Red Sox, and their expensive acquisition Giancarlo Stanton is still struggling. This week he was moved down the batting order. His teammate Aaron Judge is thrilling fans so far this season, though – Judge just became the fastest player ever to achieve 61 career home runs (surpassing Mark McGwire) and hit his sixth homer of the season on Saturday. Meanwhile, the New York Mets are holding their own, with a 14-6 record that keeps them atop the National League East (although by just one game). Extra credit: The first general manager casualty of the season happened this week – after 18 games and a 3-15 start, the Cincinnati Reds fired Bryan Price. Bonus round: The Cleveland Indians and the Minnesota Twins played a short series in Puerto Rico this week, giving the local economy and local morale a boost as the island continues to recover from the devastation of Hurricane Maria.

2. NBA post-season play. Must know: The Cleveland Cavaliers are struggling in Round One of the playoffs: LeBron James (who last week was being buzzed about as an MVP candidate) lost the first game of the first round of the playoffs for the first time in his career. If you want to pose a knowledgeable question to the sports fans in the office on Monday, say: “Do you think the Cavs will get out of the first round, or lose to the Pacers?” The sports-literate will take it from there. Nice to know: The New Orleans Pelicans and the Golden State Warriors are off to commanding 3 – 0 leads (can we just say that until this exact moment we never there was such a team as the New Orleans Pelicans? Where have they been all this time? Anyway, they’re way ahead of the Portland Trail Blazers right now). The Houston Rockets are rolling along at 2-0 against the Minnesota Timberwolves; and the San Antonio Spurs are likely to be out in the first round – sadly, their head coach’s wife passed away this week. Extra credit: Based on their recent performance, the upstart Philadelphia 76’ers look to be the team to beat in the Eastern Conference in the next couple of years – will they join the NFL’s Eagles and the NCAA’s Villanova in bringing sports glory home to the streets of Philly? We’ll see.

3. NFL gears up for the draft. Must know: The draft of the best college players into the pros begins this Thursday, April 26th and continues through the weekend. The 2018-19 schedule has been announced, and if you’re planning a wedding, a party or a vacation and you have an NFL super-fan in your life, read this Sports Illustrated piece about the 10 most important games of the season, and don’t schedule anything on any of those dates if you want to keep the peace with your sports-loving partner. Nice to know: Rumors are swirling around the New England Patriots this week: there’s talk that quarterback Tom Brady is not committed to playing this season (ditto Rob Gronkowski, aka “Gronk.”) There’s also talk that Brady is fomenting a player revolt against head coach Bill Belichick. The noise out of Foxborough, where the team plays, has been consistent since the Pats’ Super Bowl loss to the underdog Philadelphia Eagles earlier this year. Extra credit: Ahead of the draft, here are the player moves you need to know about if one of these is “your” team: Brandon Marshall was let go from the New York Giants, and Dez Bryant was released from the Dallas Cowboys. Bryant reportedly wants to join an NFC East team, and speculation is high that he wants it to be the Giants. A video of him practicing with Odell Beckham Junior (“OBJ”) made the rounds this week, accompanied by effusive praise from Bryant about OBJ as a potential teammate. Bonus Round: The Pats’ Gronk is now a part-owner of a Kentucky racehorse named after him, which he says he looks forward to riding (that might not be the best idea, dude – we’re guessing that Human Gronk weighs a wee bit more than the typical jockey, and could conceivably do some real damage to Equine Gronk).

Oh, yeah, the NHL playoffs are still going on, but you probably don’t need to know about that, unless your friends or family members are die-hard hockey fans. If you need one line on the Stanley Cup competition this week, here it is: “Four teams are out, 12 are left – do you think the Las Vegas Golden Knights can actually go all the way to the finals?”