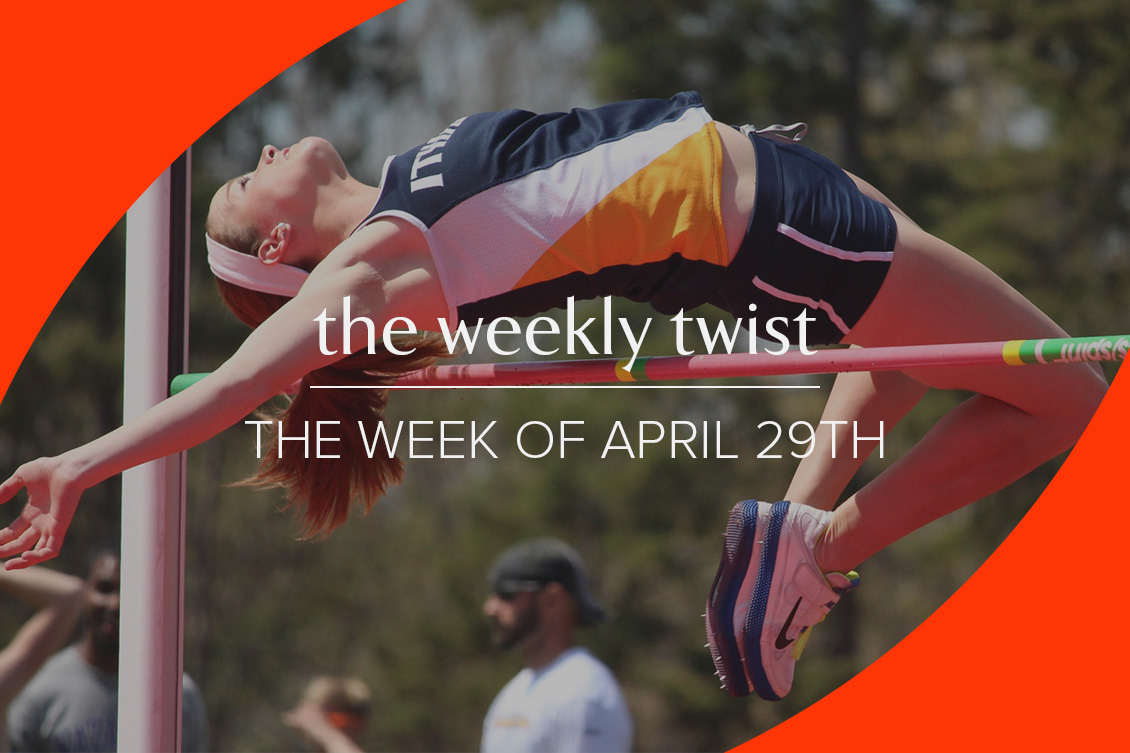 The week in sports begins with the offended cri de cour of a man who feels that his true worth has been underestimated (sports, politics, it all starts to sound the same after a while). In the NFL Draft, quarterback Josh Rosen was picked 10th by the Arizona Cardinals, and in a snit about his ranking, he declared: “9 mistakes before I was selected and I’ll make those teams remember that the next 10 or so years...” Personally, we think the dude needs to chill – revenge is a dish best served cold.

Meanwhile, for Those Who Do Not Follow Professional Sports, here’s what you need to know this week.

1. NFL Draft results. Must know: The 2018 Draft wrapped up yesterday with 256 players landing with new teams. The first round first pick was a surprise: quarterback Baker Mayfield to the Cleveland Browns. The Browns haven’t won a championship since 1964, and haven’t won a playoff game since 1994. Sadly, with this pick, the general view is that they have once again made a mistake with a QB pick (Johnny Manziel was the last one, and that didn’t end well). Nice to know: Other picks you should know about: in the #2 pick, the New York Giants took running back Sequon Barkley – it’s viewed as a good pick, although a surprise that they didn’t choose a QB. In #3, the New York Jets took QB Sam Darnold – the guy they really wanted. Those two picks alone will be compared for many years to come – which team made the right decision will only become clear after several seasons. Pick #4 was the Browns choosing Denzel Ward, which is also viewed by many as a mistake. Ugh. Extra credit: Those on Colin Kaepernick watch might be interested to know that QB Josh Allen was drafted by the Buffalo Bills even though during his high school years, he penned several tweets that were considered racist. Bonus Round: New England Patriots followers should note that the team took an offensive lineman and a running back with their two first-round picks. Despite the rumors of friction between head coach Belichick and QB Brady, the coach drafted two offensive players to support Brady and no rookie QB to replace him. The Sports Desk notes that the Pats had a historically bad defense last season and in the Super Bowl, but they drafted two offensive players – a head-scratcher.

2. NBA Finals Round One almost done. Must know: The Cleveland Cavaliers are in a dramatic battle with the Indiana Pacers, thanks to a buzzer-beating shot by LeBron James that got them into a Game 6. Afterward, the Pacers claimed “goaltending,” and the Mayor of Indianapolis passed a law outlawing goaltending. Your tax dollars at work, people. The show of support seemed to have done the trick, though: in Game 6, the Pacers thumped the Cavs 121-87. Game 7 is in Cleveland tonight. Nice to know: The Houston Rockets, Utah Jazz, Golden State Warriors, Philadelphia 76er’s, Toronto Raptors, Boston Celtics and New Orleans Pelicans have all clinched their spots in Round 2 of the finals. Extra credit: Like we said last week, keep your eyes on the upstart Philadelphia 76’ers.

3. MLB reversals of fortune. Must know: It’s shaping up to be an exciting, knockdown, drag-out fight for first place in the American League East between the New York Yankees and the Boston Red Sox. After a weak start to the season, the New York Yankees are heating up. They’re 8-2 in their last 10 games, and are starting a road trip to LA. Shortstop Didi Gregorious has hit almost as many homers as his teammate Aaron Judge this season. Can the Yanks keep winning once they’re on the road? As of this posting, they’re 2.5 games behind Boston. Nice to know: The previously red hot Boston Red Sox lost in a no-hitter to the lowly Oakland A’s last weekend. Says our Sports Desk sage: that’s why they play the games. Extra credit: This week, the Arizona Diamondbacks became the first National League team in 111 years to match the 1907 Chicago Cubs’ season-opening feat of nine consecutive wins.

Gary Sanchez and Aaron Judge of the New York Yankees

The NHL playoffs are still going on – it’s down to eight teams. You should follow this only if you have hockey fans in your life, or if you live in one of these cities:  Pittsburgh, Washington DC, Tampa, Boston, Las Vegas, San Jose, Winnipeg, or Nashville.