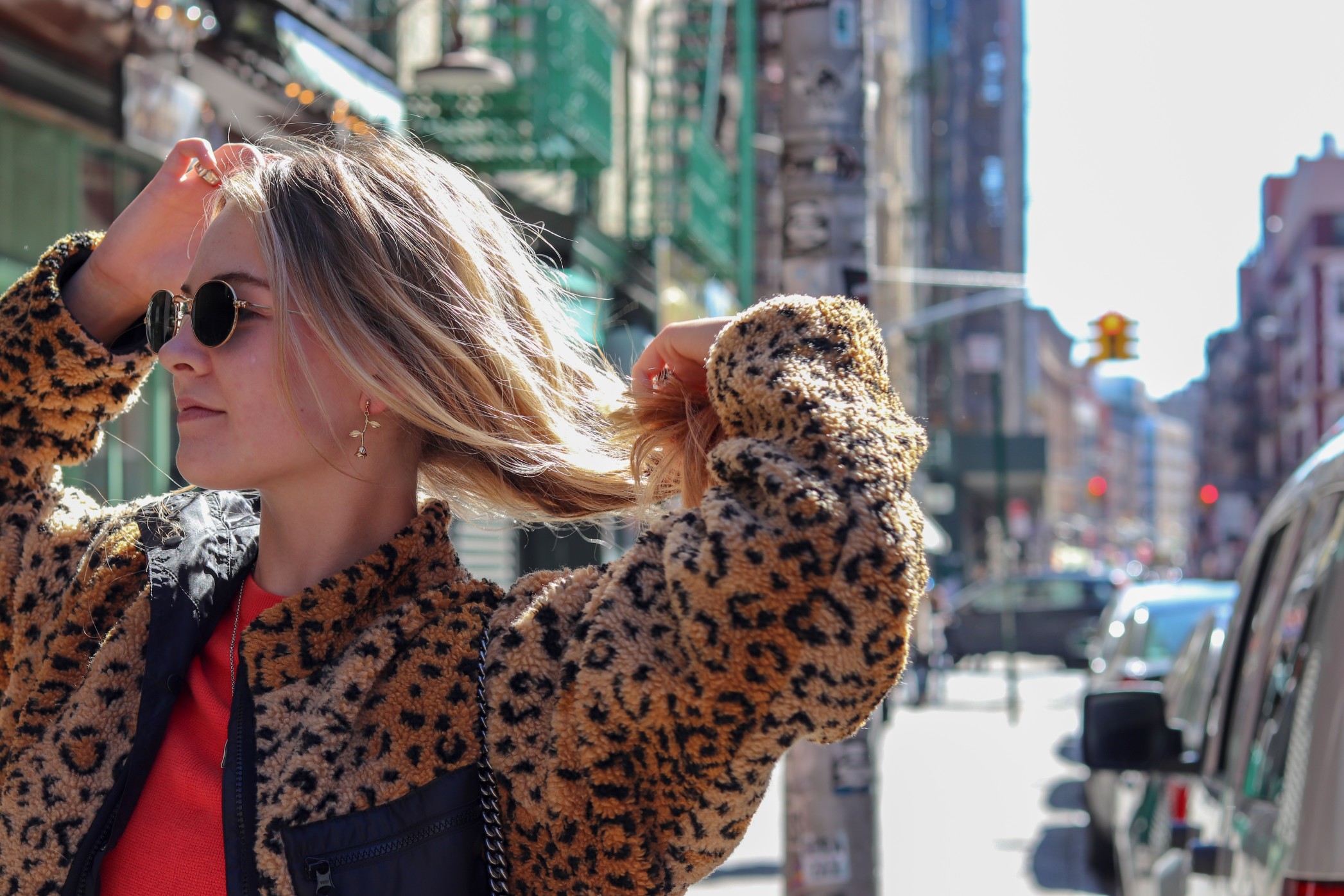 Everyone’s buzzing about “Third Wave” retail – that magical place where e-commerce meets brick and mortar retailing, and consumers find experiential luxuries as well as cool new products that they might not have found if they were only shopping online. What does that mean in real life, though? Here are a dozen new luxury retail stores, all of which have opened in the past 12 months, that capture the concept brilliantly.

1. OFF-WHITE c/o VIRGIL ABLOH, 51 Mercer Street, NYC. The first U.S. OFF-WHITE store is a must-see. It breaks almost all the rules, starting with signage. The only marker at the entrance is an etching of the brand name on a single discreet brick. Abloh calls the space a gallery – the Em Pty Gallery – and nothing about its interior is permanent. The store will constantly evolve, with artists invited to have free rein over the space. Currently, another cardinal rule of retail is violated: the clothes are displayed along a circuitous path, instead of the normal rigid retail grid. Abloh calls the space “the crescendo of the Off-White language,” and it seems to be working – he was named the new head of Louis Vuitton Menswear earlier this year and has his first show this week. Abloh also has a degree in architecture – in 2019, an exhibit of his furniture designs will open at Chicago’s Museum of Contemporary Art. We can’t wait to see what he does next.

2. The Curated NYC by Christian Siriano, 54th Street near Fifth Ave, NYC. Designer Christian Siriano debuted his new store this spring in Midtown Manhattan in a 1920’s townhouse that once served as the office of Cary Grant. The handsome space is now all about millennial pink, from the carpet to the velvet couches – there are also metallic fixtures, flamingo wallpaper, and fringed ottomans, and the vibe is a like being at a house party with your stylish besties. Of course, there’s also an edited collection of clothes and accessories — and a vegetarian rooftop café selling goodies created by actress Alicia Silverstone. The money shots for Instagram are carefully staged, and include the blush-pink stairs, the pretty little café, and the art-lined walls. It’s a lively and fun addition to the Midtown shopping scene.

3. Roman and Williams Guild New York, 53 Howard Street, NYC.  This new retail store is the brainchild of married designers Robin Standefer and Stephen Alesch of the interior design firm Roman and Williams. They were previously best known for creating the interiors for the critically-acclaimed spaces Upland, Le Coucou, and the Ace New York. The store sells original furniture and lighting designs from their firm, along with a curated collection of glassware, ceramics, sculpture and home goods. The in-store restaurant, La Mercerie, is the New York debut of Parisian Chef Marie-Aude Rose – everything on the tabletop at the restaurant (as well as the table itself) is for sale. The items are listed on a card supplied by the wait staff, and can be delivered the same day — along with treats from Ms. Rose’s adjoining bakery. If your new vase needs a chic floral arrangement, look no further than Emily Thompson Flowers at the Guild. She supplies the flowers on the tables, and the blooms are also sold from a stand near the store entrance. Thompson also creates the arrangements for the chic restaurants The Grill and Le Coucou, so she knows how to make a dinner table shine. The overall in-store experience is absolutely lovely.

4. Gucci Garden, Florence. This January, Alessandro Michele reopened the newly curated Gucci Museo next to Palazzo Vecchio in Florence. With it, he also debuted the so-called “Gucci Garden” store on the ground floor, along with a full restaurant helmed by a three-Michelin-star chef. It’s a magnet for lovers of fine dining, museums, and fashion (or as we are, all three). The 50-seat restaurant, the Gucci Osteria serves Italian classics. The store sells exclusive Gucci items, from ceramics to chairs. There’s also a wide selection of books, from rare editions to hard-to-find fanzines. It’s designed to feel like an unhurried and whimsical treasure hunt. Says the designer: “I love to find and touch things in stores. I spend a lot of time in libraries and antique bookshops. It’s like being Harry Potter. You can discover the most magical things.”

5. Nous, Paris. When the beloved Colette closed in Paris, Sébastien Chapelle, who was head of the watches and tech department there for 14 years, decided to open Nous. The shop is located at 48 Rue Cambon, near Chanel’s iconic store and just steps away from Colette’s former location.  The store’s inventory is heavy on sunglasses, tech products, men’s accessories and watches (including €50,000+ limited edition Rolexes), sneakers, books, skateboard decks and men’s street wear. There’s also ephemera like candles and wooden sneakers (they’re carved from a single block of wood and for €5,000, you can commission one in any make and model). The proprietors plan to reinvent the shop each month. “We aim to be at the cross roads of street culture, art, design, fashion, luxury and creativity: ‘for us, by us’ or as we say in French ‘Pour nous, Par nous.'” It seems pitch-perfect for the modern wealthy tech-savvy dude.

6. For those looking to understand how a once-lowbrow product can be transformed into a luxury item, look no further than Med Men, 433 Fifth Ave, New York City, the New York flagship of a company that operates a chain of  high-end marijuana dispensaries in California. Currently, New York state law permits only medicinal use – but anyone can enter and browse. In the quest to be known as “the Barney’s of marijuana dispensaries,” the overall aesthetic is highly reminiscent of an Apple Store: minimalist decor, white walls and ceilings, pristine glass vitrines to display the product. The New York location can only sell tinctures, gel caps, and vaporizer pens, and they’re cleverly merchandised: color coded, sorted by potency and labeled with names like “Calm” and “Harmony.” There are experts on hand to make the buying process seamless. Now all they need are some legislative changes, and they’ll really be in business.

7. Dolce & Gabbana, 155 Mercer Street, SoHo, NYC  is a new store format focused solely on millennials in a space that once served as a firehouse, then as an artist’s workshop. Now, on the first floor LED screens play videos of D&G’s favorite millennial influencers alongside graffiti-covered walls and NYC-inspired exclusive unisex merchandise. The second floor is devoted almost entirely to leopard prints –  the merchandise, wall coverings and carpet are all boldly spotted. On the top floor, there’s a quiet array of seasonless staples in timeless silhouettes. Mother-child shopping spree, anyone? We’ll see you on the second floor.

8. The Webster, 29 Greene Street, Soho, NYC. The Webster on Miami’s Collins Avenue remains a hugely popular and influential fashion destination. Now the party has arrived in Manhattan. The Webster NY is the retailer’s second largest store and features apparel, a shoe salon, a home furnishings wing, and a full-service beauty salon. Founder Laure Heriard Dubreuil intends all of her stores to feel “like a gigantic walk-in closet and a safe haven.” That means – in this case – marble accents, vintage wallpapers, and glass vitrines reminiscent of the New York City subway. A life-size bronze flamingo by artist Rogan Gregory and wall paintings by Miriam Ellner are also on show, but passersby won’t see much of anything from the sidewalk. Like The Webster’s other locations, this one has been purposefully constructed to be as private as possible. We’ll be holding court in the shoe salon if need to find us.

9. SSENSE, 418 rue Saint Sulpice, Montreal. Luxury e-commerce brand SSENSE has launched an innovative 13,000-square-feet store, and it’s really something to see. The historic façade of a building constructed in 1886 encases an entirely new Brutalist concrete structure designed by architect David Chipperfield. The cool minimalist interior is furnished with modular glass and stainless steel display partitions that can be moved to accommodate any activity. The idea is provide a flexible leisure space only partially devoted to shopping — the product is intended to act as “another layer of content, of experimentation.” Some describe the space as a glorified fitting room. That’s because customers must first select the clothing they’d like to try on from the 20,000 items available on the SSENSE website.  The clothing is delivered from a warehouse with the aid of an industrial “vertical lift module.” While they wait, shoppers can view the rotating art installations, have a bite at the café, or browse the bookstore. It’s as much an event space as a retail store, and it will be fascinating to see how luxury shoppers respond.

10. Gentle Monster, 816 S. Broadway, Los Angeles. Korean eyewear brand Gentle Monster, known for its statement sunglasses, has recently opened a Los Angeles flagship – its second store in the U.S. Each Gentle Monster store around the world is set up like an art gallery, with installations centered on a designated theme — L.A.’s is “harvest.” The 5000 square foot location houses a stunning interior filled with over 2,000 twig-like rods to symbolize rice plants; mother-of-pearl rice paddies; and shimmying, anthropomorphic haystacks. The thought-provoking, sensory experience is far more like a museum or art gallery than a typical retail store. Luxury conglomerate LVMH has invested a rumored $53 million in the company. With fans like Beyonce, Gigi Hadid, Kendall Jenner, Bella Hadid, Lupita Nyong’o, and Tilda Swinton, its fairly certain that for this brand, it will be like the song says: the future’s so bright, you gotta wear shades.

11. Everlane, 28 Prince Street, NYC. The e-commerce brand’s first-ever brick and mortar store features an integrated I.D. system so that those who shop online can make returns in-store, shop wallet-less, and apply any existing credits to their retail purchases; it’s easy to check out via an existing online accounts, and also see all of purchases, irrespective of where they were made, in one place. To foster brand-building and connection, there are placards and takeaway cards throughout the store with information about the factories the brand works with around the world.  The front of the space is relatively open, with seating and open floor space to host events.

12. Glossier, 8407 Melrose Place, Los Angeles. The digital beauty brand just unveiled its first retail store in Los Angeles. Saturated in millennial pink, the store is meant to convey “the idea of escaping L.A. and driving through the desert.”  Thus the muted pastel color scheme, textured surfaces, and sun-washed plants, including tall, dry grass and California-native flowers that bring the landscape indoors. Guests can play with different products in front of pink-dipped rear-view mirrors, a nod to the road trip theme. Sales associates wear pink utility jumpsuits. But the piece de resistance is the “selfie canyon,” which has its own hashtag (#glossiercanyon). Glossier Canyon is an immersive space inspired by Arizona’s Antelope Canyon—complete with day-to-night lighting and real-life desert sounds. Cool.

What does all of this mean for the future of luxury retail? That’s a topic for another post. For now, consider this a roadmap of cool places to visit in your upcoming travels whenever the need for a little retail therapy hits.