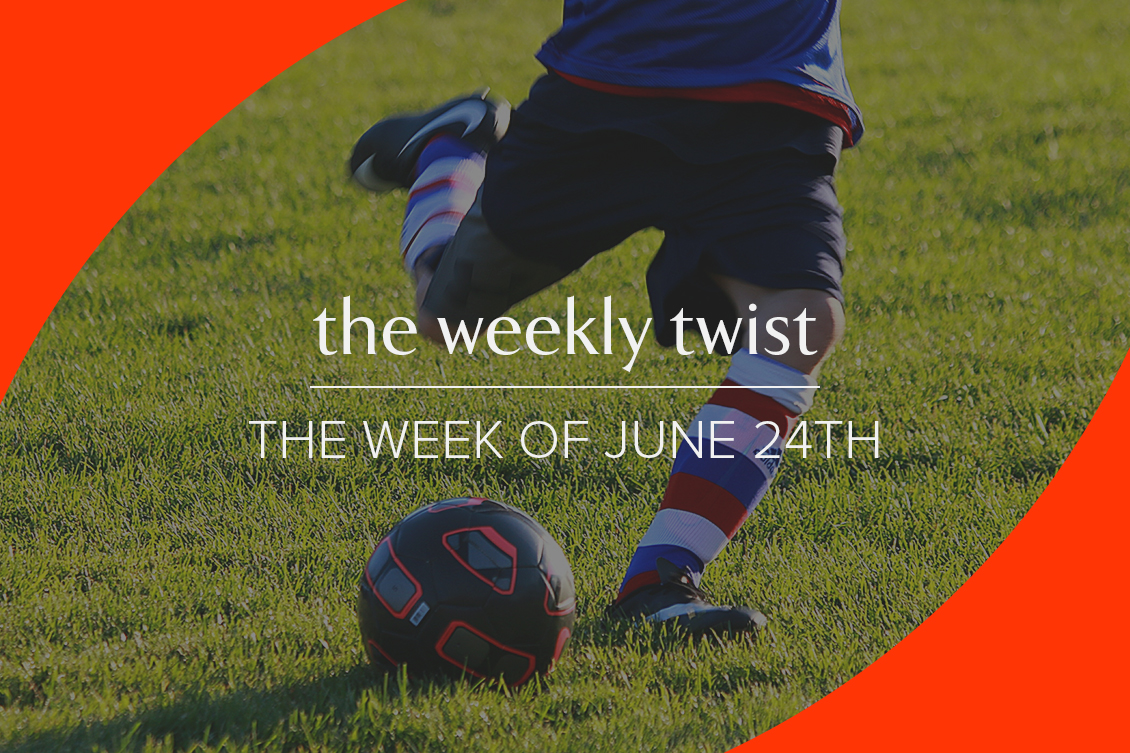 We begin this week with positive news for pro tennis players who also happen to be moms: the USTA has announced that it will adjust its approach to seeding players who are returning from a pregnancy leave. The governing body’s President declared “players coming back from pregnancy should not be penalized for starting a family.” This is in response to the recent French Open policy, in which 23-time Grand Slam champion Serena Williams was seeded number 491 after having been tied at number 1 in the world when she started her maternity leave. No word on what will happen at Wimbledon – which starts on July 2. But the US Open in late August will be pro-parent. Which is good for us all!

For Those Who Do Not Follow Professional Sports, here’s what you need to know this week.

1. A Winning MLB Season – for Some. Must know: The New York Yankees, the Boston Red Sox and the Houston Astros have each won 50 games already this season – that’s the earliest ever in MLB history. Nice to know: The Yankee home run fest continues – for the first time ever, the team had 4 of its players hit more than 10 home runs by the 40th game. They also have the potential to beat the record of having 11 players with over 10 home runs for the season – it’s still early, but possible for the first time ever. Extra Credit: Good news! At least we hope so: 23-year old LA Angels super-rookie pitcher and hitter Shohei “Baby Ruth” Ohtani may be back after all! The latest word is that his injury is less serious than thought – stay tuned. Bonus Round: Former NFL player and quarterback for the Seattle Seahawks Russell Wilson is leading a group of potential owners for a new baseball franchise for Portland Oregon. Why do so many people want to own sports teams? This might be a good conversation-starter with your sports-fan friends and family this week.

2. In NFL News. Must know: In Patriots Nation, this week there was a flurry of information and interviews from the Duke and Dutchess — we mean, Tom Brady and his wife Gisele Bundchen. The press went wild over her enthusiastic reaction to Brazil’s victory in a World Cup match against Costa Rica (if you want to see her shake it, check out the You Tube video). And he announced that his retirement is going to be sooner rather than later (this is HUGE news for Pats fans). Brady shared that he loves head coach Bill Belichick, but he doesn’t always like him. We feel you, Tom. Love stinks. But at least your wife has some good moves. Meanwhile, Rob Gronkowski may soon get a new contract. Nice to know: The Tampa Bay Buccaneers’ Jameis Winston is set to be suspended for 3 games for sexually assaulting an Uber driver. Ryan Fitzpatrick is back in the starting quarterback role at Tampa Bay. Extra credit: In a hugely controversial move, the EA Sports video game Madden NFL 19 has ranked Aaron Rogers #1 and Tom Brady #2. Our Sports Desk says with one voice: That’s cray-cray!!! Meanwhile, the Baltimore Ravens’ Matt Judson feels “blatant disrespect” over his own ranking. Are we confused, or is this just a video game? Jeez.

3. And in other news. Must know: The World Cup has seen a number of upsets heading into the Round of 16, but so far defending champ Germany is still in the competition. Belgium is still in, but star player Messi and Argentina are getting crushed; Mexico has emerged as the underdog to beat. Portugal continues to look strong: our Sports Desk reports that “Ronaldo is superhuman – the Tom Brady of soccer.” On this one, we can’t disagree – they both look fantastic sans shirt. Nice to know: The first round of the NBA draft rolled out this week, and the consensus is that the Dallas Mavericks and the San Antonio Spurs were among the winners. The LeBron James speculation continues. Extra Credit: In the NHL, Barry Trotz, the head coach of the Washington Capitols, quit after having just won the Stanley Cup. Apparently, he wasn’t offered enough money to stay. Trotz immediately joined the Islanders., which is a big win for them. How often does the head coach depart immediately after winning it all?  Not very often.