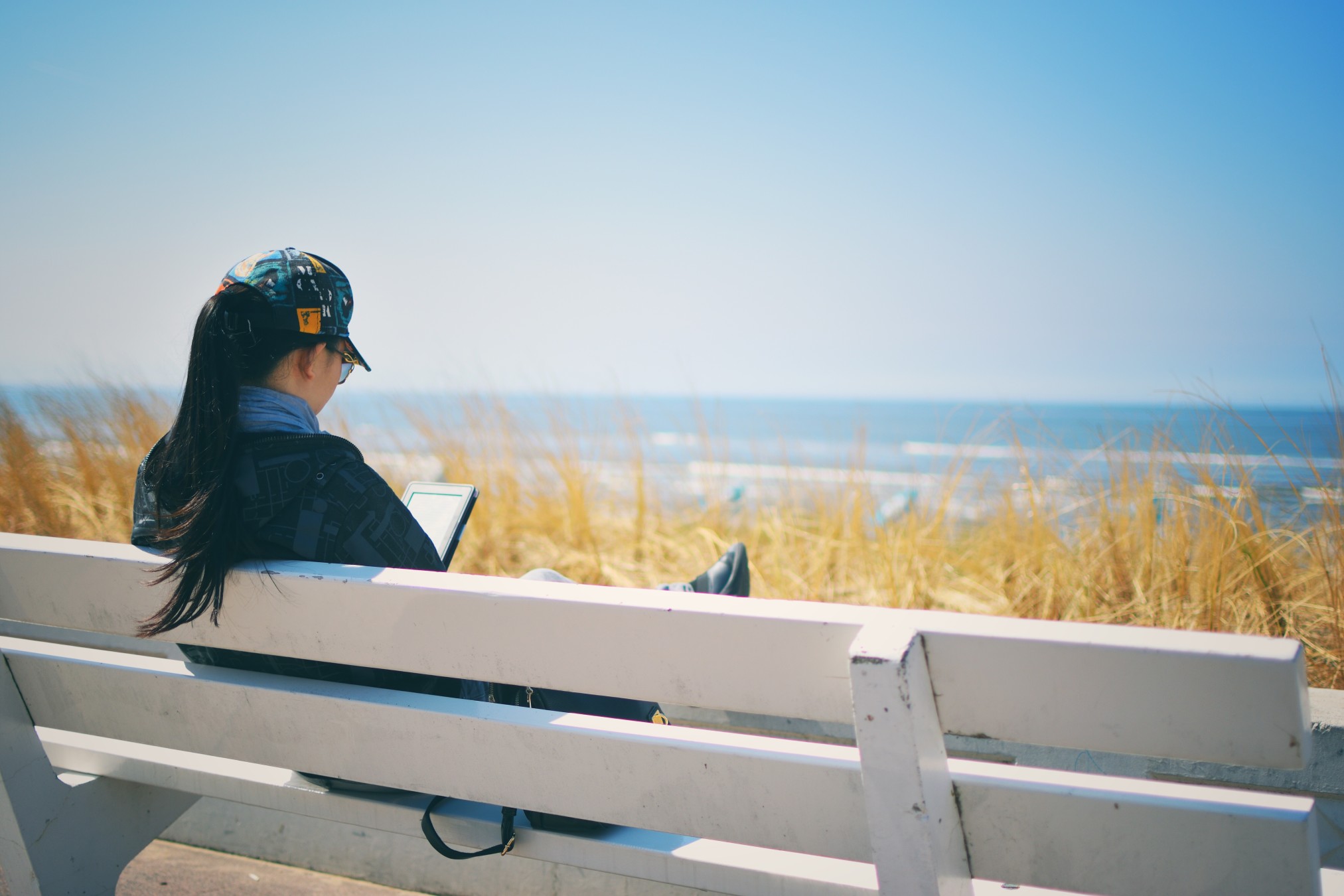 New month, new books! Book Light is our Dandelion Chandelier curated list of the titles we’re most excited about that are being published in the coming month. Our intrepid team has been exploring the most-anticipated new books scheduled to be released in July 2018 and here’s what we found.

July gets a bad rap as the month when the publication of “beach books” reaches its nadir (read: a plethora of undemanding novels set up and down the East Coast, in the French countryside or in Italy, featuring romance, heartbreak, family struggles and redemption — but nothing that will disturb your sleep).

In fact, this month will see some serious themes addressed, both in fiction and non-fiction. For starters, there’s a true history of the family who bought the patent for Jello for a song and seemed to have been cursed as a result. There’s also a newly-published cache of letters written by Nelson Mandela from prison – some have never been made public before, and all speak to his indomitable spirit.

There are novels about dealing with the stresses of modern life and modern marriage. Tales about the families we choose and the ones we’re born into. There are novels with plots that are ripped-from-the-headlines: one about the 2018 mid-term elections, and another about North Korea. There are heart-wrenching stories of immigrant life. An intimate look at the inside of one man’s Parisian apartment and a treatise on the fruitlessness of home decorating. A memoir from a black gay man. And OK, there are some yummy beach reads, too, featuring the obligatory and delightful summer love affair, and a wedding that very nearly goes awry.

Here’s our pick of the top new books – novels, essay collections, and non-fiction – that we cannot wait to read in July 2018. You can pre-order them now if you like.

The Intermission by Elyssa Friedland. Told from the alternating perspectives of a husband and wife of five years who both have something to hide, this novel pulls back the curtain on a seemingly-happy marriage, posing the question: how much do we really know–and how much should we want to know–about the people we love the most? – July 3, 2018

My Year of Rest and Relaxation by Ottessa Moshfegh. The protagonist of this tale is young, thin, and pretty; she’s a recent Columbia graduate, has a job at a hip art gallery, and lives rent-free on the Upper East Side of Manhattan. It’s the year 2000, and New York is aglitter with wealth and possibility. Why is this person so sad? This young woman’s quest to duck the ills of the world by embarking on an extended hibernation with the help of one of the worst psychiatrists in the annals of literature and the battery of medicines she prescribes is getting lots of excited early buzz. – July 10, 2018

The Prison Letters of Nelson Mandela by Nelson Mandela. Arrested in 1962, forty-four-year-old lawyer and African National Congress activist Nelson Mandela had no idea that he would spend the next twenty-seven years in jail. During his 10,052 days of incarceration, the future leader of South Africa wrote a multitude of letters. This volume includes 255 of these letters, many of which have never been published. It’s a deeply moving journey to learn how Mandela maintained his spirit while living in almost complete isolation, and how he engaged with the outside world in way that ultimately helped win his freedom. – July 10, 2018

Clock Dance by Anne Tyler. The Pulitzer-prize winning author returns with a novel about the families we choose as well as the ones we’re born with. Willa Drake looks back on her life so far: she has been a schoolgirl coping with her mother’s sudden disappearance; a college student considering marriage proposal; a young widow; and a prospective grandmother. One day a phone call from a stranger sends her to Baltimore and into uncharted territory–surrounded by eccentric neighbors who treat each other like family – July 10, 2018

The Garden Party by Grace Dane Mazur. In this smart and witty beach read, a rehearsal dinner goes awry. The Cohens are wildly impractical intellectuals—academics, activists, and artists. The Barlows are Wall Street Journal–reading lawyers steeped in trusts and copyrights, golf and tennis. The two families are reserved with and wary of each other; but for one night, they will attempt to set aside their differences. Up and down the dinner table, with its twenty-four (or is it twenty-five?) guests, unions form and dissolve, while deep in the surrounding forest with its ancient pond, different sorts of mischief are underway. Sounds delicious! – July 10, 2018

Early Work by Andrew Martin. In this funny and sharp novel, aspiring writer Peter is rather aimlessly looking for inspiration for his first novel. Then he meets Leslie, a sexual adventurer taking a break from her fiancé, and gets a glimpse of what he wishes and imagines himself to be: a writer of talent and nerve. Over the course of a Virginia summer, their charged, increasingly intimate friendship opens the door to difficult questions about love and literary ambition. – July 10, 2018

Interior: A Novel by Thomas Clerc. This meticulous tour through the rooms of the author’s home reveal his obsessions, desires, and frustrations. From the ideal varieties of bathroom reading material to the color of his dish rack to the chaos of his sock drawer, our guide happily talks us through the most intimate crannies of his Parisian apartment. A sly commentary on materialism, Interior finds drama in the domestic and dark humor in every doomed attempt to express individuality through the things that we own. – July 10, 2018

The Last Cruise by Kate Christensen. A 2-week adventure on the high-seas on the 1950s vintage ocean liner Queen Isabella is the setting for a fictional meditation on modern America. The vessel is making her final voyage before heading to the scrapyard. It’s a chance for her passengers to experience the bygone era of decadent luxury cruising. But signs of class and racial strife and malfunction above and below decks begin to intrude on the festivities. – July 10, 2018

What We Were Promised by Lucy Tan. Set in modern Shanghai, this is a novel about a prodigal son whose unexpected return forces his newly wealthy family to confront painful secrets and unfulfilled promises. After years in America, the Zhen family has moved back to Shanghai, joining an elite community of Chinese-born, Western-educated professionals who have returned to a radically transformed city. When the scion of the family reappears in town after decades on the run with a local gang, the family must come to terms with its past.– July 10, 2018

JELL-O Girls: A Family History by Allie Rowbottom. In 1899, Allie Rowbottom’s great-great-great-uncle bought the patent to Jell-O from its inventor for $450. The sale would turn out to be one of the most profitable business deals in American history, and the generations that followed enjoyed immense privilege – but they were also haunted by suicides, cancer, alcoholism, and mysterious ailments. This memoir traces the “Jell-O curse” through four generations of women; it’s “a family history, a feminist history, and a story of motherhood, love and loss.” – July 24, 2018

How to Love a Jamaican: Stories by Alexia Arthurs is a debut collection about Jamaican immigrants and their families back home. Sweeping from close-knit island communities to the streets of New York City and Midwestern university towns, these eleven stories form a portrait of a nation, a people, and a way of life.  – July 24, 2018

I Can’t Date Jesus: Love, Sex, Family, Race, and Other Reasons I’ve Put My Faith in Beyoncé by Michael Arceneaux. In this book of funny and soul‑searching essays about what it’s like to grow up as a creative, sensitive black gay man, Arceneaux delivers an “impassioned, forthright, and refreshing” look at black life in today’s America. Leaving no stone unturned, he describes his journey in learning to embrace his identity when the world told him to do the opposite. – July 24, 2018

America for Beginners by Leah Franqui. This debut novel explores the complexities of family, immigration, prejudice, and the American Dream through meaningful and unlikely friendships forged in unusual circumstances. A grieving mother from Kolkata, India signs up for the First Class India USA Destination Vacation Tour Company’s cross-country journey from New York to California. It turns out that her “experienced” tour guide has never left the five boroughs. The other guest on the tour is an Young aspiring actress. As the bonds between this odd trio deepen, they learn to see America—and themselves—in different and profound new ways. July 24, 2018

Charlotte Walsh Likes To Win by Jo Piazza. The bestselling author of The Knock Off, How to Be Married, and Fitness Junkie returns with a ripped-from-the-headlines novel about a woman running for the Senate during the midterm elections in 2018. Charlotte Walsh leaves behind her high-powered job in Silicon Valley and returns, with her husband and their three young daughters, to her downtrodden Pennsylvania hometown to run in the Rust Belt state. Not surprisingly, it’s far more difficult than she anticipated. – July 24, 2018

The Incendiaries by R. O. Kwon. This debut novel is equally timely and topical in this summer of 2018 with its assessment of violence, love, faith, and loss. Phoebe Lin, a guilt-ridden young Korean American woman at an elite American university, is drawn into acts of domestic terrorism by a religious cult tied to North Korea. Will Kendall, a fellow student and recent transfer from a Bible college, is in love with her. In the aftermath of a deadly attack, Kendall struggles to confront the fundamentalism he’s tried to escape, and the obsession that seems to have consumed the woman he loves. – July 31, 2018

Immigrant, Montana by Amitava Kumar. In this novel, which unfolds as a narrative of his years at a university in New York, “AK,” a new arrival from India, describes the joys and disappointments of his immigrant experience and the universal difficulties of falling in love.  – July 31, 2018

Dang, this promises to be an excellent month of reading! The only dilemma is where to begin.