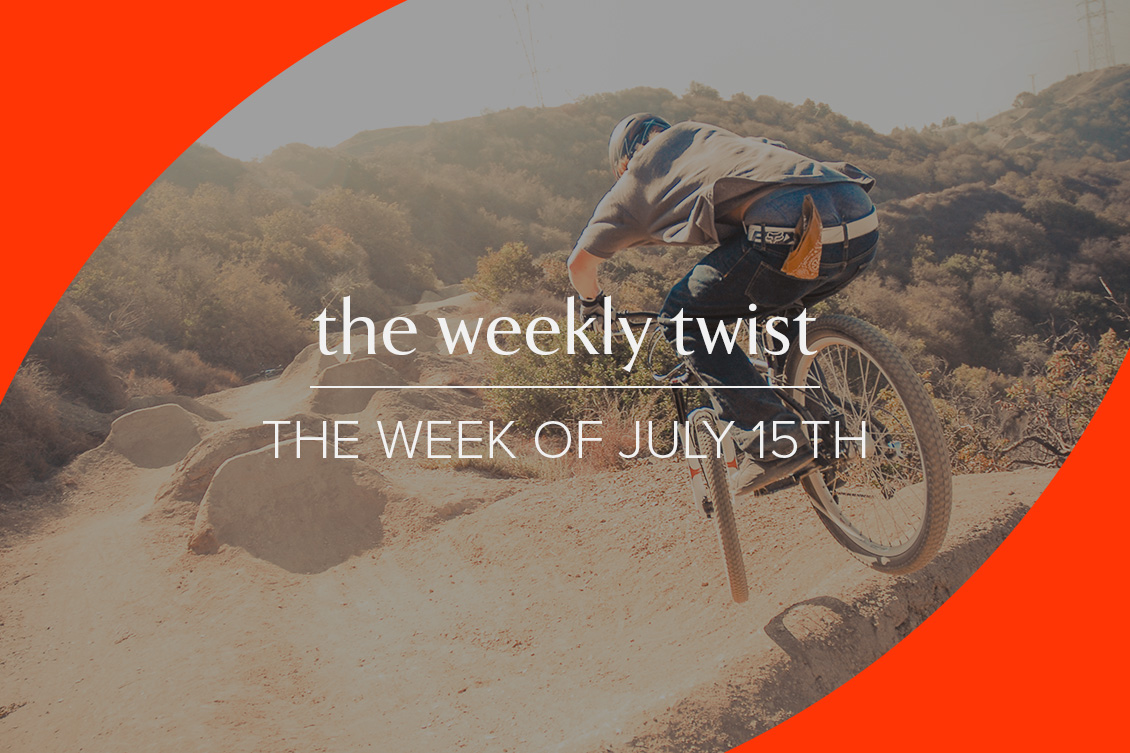 We begin this week with news from Hollywood. Newly-minted LA Laker LeBron James was spotted dining out in Beverly Hills on Thursday night with one Mr. Al Pacino and one Mr. Leonardo DiCaprio. Is this the new Rat Pack? Or perhaps a potential deal for a new film starring King James to compete with the surprise hit Uncle Drew, starring LeBron’s former teammate Kyrie Irving? Watch this space for further updates.

For Those Who Do Not Follow Professional Sports, here’s what you need to know this week.

1. World Cup win for France. Must know: Team France defeated Team Croatia in Sunday’s final. Earlier in the weekend, Belgium beat England in the match for the third place slot. (That seems to be the very definition of anti-climatic. Like, really, all that effort to determine who’s in third place? Moving on). Nice to know: Only eight countries have ever won the World Cup. Had the Croats won, they would have been number nine, and also the second-smallest country to ever do so, after Uruguay. Extra Credit: Croatia had an incredible run, with 3 straight come-from-behind wins and 3 straight extra-time wins. France had some fans accusing the team of playing an “anti-soccer” strategy: their workmanlike approach throughout the tournament focused heavily on defense, making for a far less exciting game. Now that they’ve won, though, all of that seems to have been forgiven.

2. Wimbledon wins. Must know: Novak Djokovic defeated Rafael Nadal in a men’s semifinal match, and went on to defeat Kevin Anderson to take the title. Meanwhile, beloved star Serena Williams lost to Angelique Kerber in the women’s final yesterday; hers was still a thrilling comeback after her maternity leave and injury-led withdrawal from the French Open. Nice to know: Beloved star Roger Federer lost to Kevin Anderson in a stunner last week. Going into the match, Federer had a 266 – 2 record in major tournaments in games when he was ahead 2 sets to none. Sadly, now it’s 266 – 3. But still. That’s just amazing. Meanwhile, Anderson went on to defeat John Isner in an epic semifinals match that lasted 6 hours and 36 minutes. The final set was almost 3 hours long. Extra credit: The ranking and seeding of professional tennis players is receiving intense scrutiny for its treatment of women who have taken maternity leave. Despite being in the finals of a Grand Slam tournament – and having won 23 Grand Slam titles – Serena Williams was ranked only #25 in the world heading into the final Wimbledon match. Huh?

3. MLB All-Star Week. Must know: The Home Run Derby and the All-Star Game are this week. At the season’s mid-way point, the story of the summer is the New York Yankees and the Boston Red Sox – both teams continue to be on pace for history-making seasons. The Sox currently lead the AL East division by 4. The Yanks have slowed a bit due to injuries, yet they’ve still managed to break the league record for the number of home runs hit before the All-Star break. Sadly for us, Yankees sluggers Giancarlo Stanton and Aaron Judge have declined to participate in this year’s Home Run Derby – together the two have 46 homers so far this season. Nice to know: The big free agency question of the moment is who will get the services of Manny Machado, who currently plays for the Baltimore Orioles (who are on pace for their historically worst season ever). Machado can become a free agent at the end of season, and several teams are the in running to snap him up, including the Yankees, the Red Sox, the LA Dodgers, and the Seattle Mariners. Extra Credit: Albert Pujols hit home run #630 this week, tying him with Ken Griffey Jr. And hitter-pitcher “Baby Ruth” Ohtani is back on the field for the LA Angels; he delivered a pinch hit homer last Sunday against the Dodgers, but questions remain about whether he will pitch again this season.

For those looking to demonstrate some serious street cred, here are a couple of Ph.D.-level sports facts to casually drop into the conversation this week:

-The Tour de France cyclists have completed Stage 8 (of 21). As of this posting, the BMC Racing Team’s Greg van Avermaet has the yellow jersey that distinguishes the lead rider in the tournament overall.

-In NFL news, the New England Patriots have yet to re-sign Rob Gronkowski – the rumors are that perhaps they’re shopping him around, since they can’t seem to reach a deal. Stay tuned.

-In the NBA, the talk of the week continues to San Antonio Spurs star Kawhi Leonard, and where he will end up next season. This week’s rumor is that he’s heading for the Toronto Raptors. Many are still hoping he’s going to LA to play with LeBron.

-As we reported last week, in an unprecedented move, Terrell Owens has announced that he won’t attend the Pro Football Hall of Fame induction ceremony in Canton, Ohio on August 4. Instead, he’ll deliver his acceptance speech at his alma mater, the University of Tennessee-Chattanooga. He was passed over twice by the selection committee, and last year said that he had “lost all respect” for the selection process. This week comes the news that as a result, TO will not be individually recognized at the official ceremony in Canton – no proxy acceptances allowed, apparently.