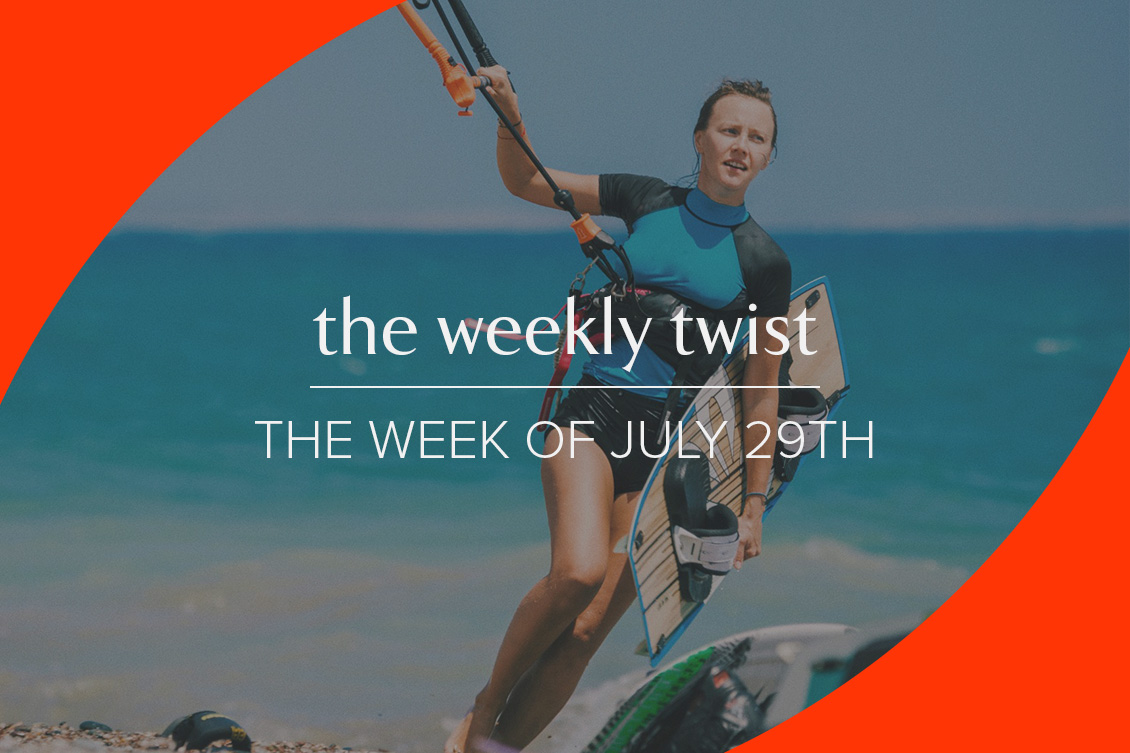 TWIST: This Week in Sports Talk is a weekly recap of the three things you need to know if you want to join the conversation about sports this week. Game on.

We begin this week with an unfortunate streak of questionable behavior. Former New England Patriots player and current starting quarterback for the San Francisco 49’ers Jimmy Garoppolo (playing the position once held by Colin Kaepernick) gave an interview in which he said that he always knew he was better than his former Pats teammate Tom Brady. Nice. That same week, Garoppolo went on a much-photographed and commented-upon dinner date with adult film star Kiara Mira, and said he was surprised by the disappointed reaction from the public. He called it a “learning experience.” Garoppolo signed a $137.5 million deal with his new team in February, even though he has had only 7 career starts over the course of his 4-year NFL career.

Meanwhile, UFC fighter Conor McGregor took a plea deal this week, and received a slap on the wrist (a few hours of community service) for attacking a bus load of wrestlers at the Barclays Center this past April with a hand truck, injuring Ray Borg and other fighter so badly that they’ve been out of the ring since the incident occurred.

For Those Who Do Not Follow Professional Sports, there’s happier news to discuss with the sports fans in your life this week.

1. Major League Baseball (MLB) Latest. Must know: The MLB trading deadline is July 31, and many teams – including the New York Yankees – have been seeking starting pitchers as they beef up their ranks for the second half (and the post-season). The Yanks have already traded for a high-powered closer, Zach Britton from the Orioles –  they also completed a trade with the Toronto Blue Jays for starting pitcher J. A. Happ. The Boston Red Sox have also added some starting pitching talent, with the acquisition of right-handed pitcher Nathan Eovaldi from the Tampa Bay Rays. Meanwhile, the New York Mets are looking to trade some players – but not their star pitchers, Jacob deGrom and Noah Syndergaard (aka “Thor”). Nice to know: The Yanks are in a bit of a slump, and currently stand at 5 games behind their arch-rivals, the Red Sox. In further bad news for the Yanks, their slugger Aaron Judge has a chipped hand bone, and will be out for at least the next 3 weeks. Extra Credit: Meanwhile, in LA this week, the stars were out as the three best players for the Los Angeles Angels put on quite a show. Mike Trout, Albert Pujols and Shohei “Baby Ruth” Ohtani homered in the same game for the first time as the Angels delivered an 11-3 win over the Chicago White Sox.

2. National Football League (NFL) News. Must know: NFL training camp is officially open, and there were several power plays and last-minute negotiations this week – some more successful than others. The Atlanta Falcons‘ Julio Jones threatened to hold out by not going to training camp, but signed a new contract with a $4.4 million signing bonus at the last minute. Le’Veon Bell got “franchise tagged” again, meaning that he has to stay with the Pittsburgh Steelers this season against his will. He says he will be spending his time this season creating a rap track. The fans were not amused. Aaron Donald and Khalil Mack (both of the LA Rams) and the Seattle Seahawks’ Earl Thomas all boycotted training camp this week in pursuit of new contracts. Nice to know: There’s intrigue and some distress in Jets Nation as the team has still not signed its new rookie quarterback, Sam Darnold, who was the First Round draft pick earlier this year. He’s one of only two unsigned players chosen in the first round this year in the entire league. Whassup with that? Our Sports Desk theorizes that Darnold is holding out for an agreement to keep his $20 million signing bonus, even if he gets cut from the team. Hmmm. Could be because lots of Jets quarterbacks seem to get abruptly fired these days. Extra credit: The LA Rams have awarded Todd Gurley, 24, a 4-year contract extension that includes a $45 million guarantee, and could be worth up to $60 million. Some speculate that he received more than what was strictly needed to keep him on the team because he’s a great role model – no suspensions, or drug use, or conduct unbecoming. Sometimes the good guys actually come out on top. Go, Todd!

3. Meanwhile, in the Alps. Must know: The Tour de France concludes today in Paris, and Welshman and Team Sky rider Geraint Thomas effectively clinched his first victory in the iconic bike race after finishing within two minutes of his closest competitor, Tom Dumoulin, in Saturday’s individual time trial. He’s the first Welshman to win in the race’s history. Nice to know: Thomas’ teammate and last year’s champion, Chris Froome, had been in second place earlier in the race, but lost time in one of the mountain stages in the Pyrenees. He finished third this year. Extra Credit: Belgian rider Phillippe Gilbert had a horrific crash this week, flipping head-first over a stone wall along the same roadway that saw another rider killed during the same race in 1995. After the fall, Gilbert got back up, gave the crowd a thumbs-up, and rode the last 60 km of that day’s stage. It turned out that he had broken his kneecap –  he rode 60 km with a broken kneecap. There’s a picture of his swollen leg and knee that’s unbelievable – we won’t share it here, in case you’re eating breakfast, but if you want to check it out, click here. Wow. That dude is tough.