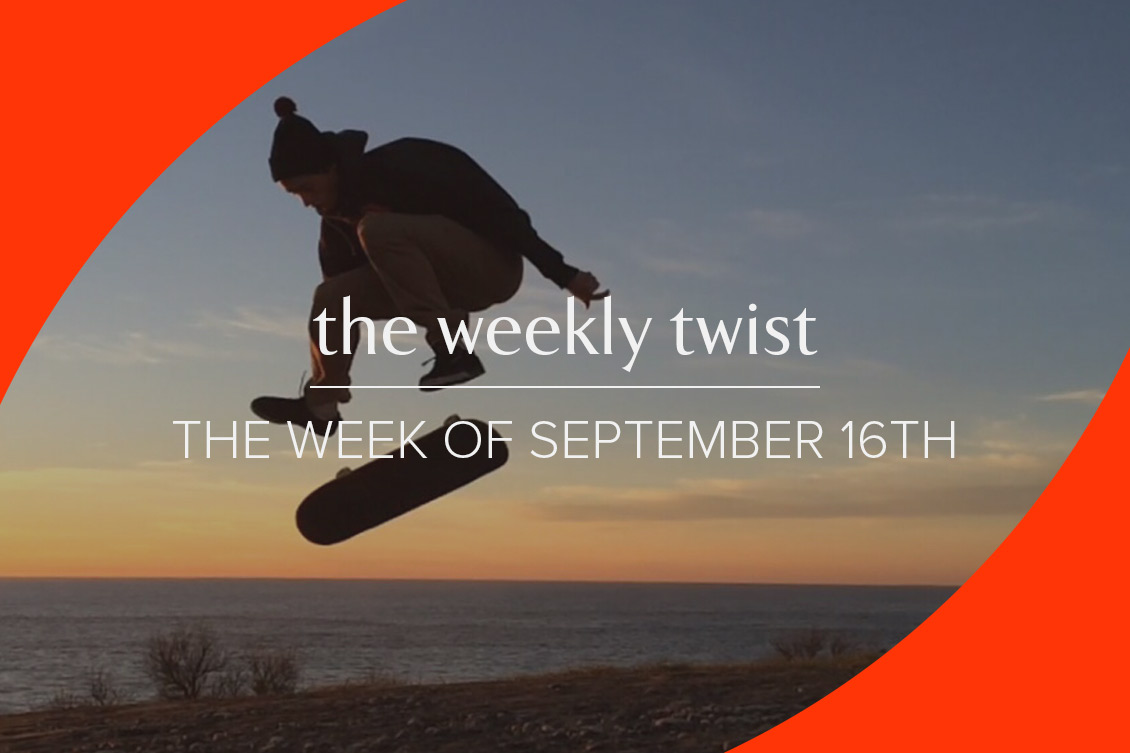 TWIST: This Week in Sports Talk is our weekly recap of what you need to know this week to join the conversation about sports. Why sit on the sidelines when you can get in the game?

We begin with props to the winners of the US Open: now-14-time Grand Slam champion Novak Djokovic won his third US Open crown, and Naomi Osaka won her first career Grand Slam title. The shocking end to the women’s final, in which Serena Williams had a controversial dispute with the chair umpire, is still being actively discussed and debated, which has dimmed the afterglow of the tournament’s 50th anniversary. But this may spark some important conversations within pro tennis going forward.

For Those Who Do Not Follow Professional Sports, here are the happenings in the wide world of sports that you should know about for the week of September 16, 2018:

1.National Football League (NFL) News. Must know: This is Week 2 of the season. The biggest headline from Week 1 is that New York Jets fans now have Sam Darnold Fever – at 21 years old, he’s the youngest quarterback ever to start an NFL season opener. And he delivered the Jets’ largest margin of victory ever in an away game with a 48-17 victory Monday night over the Detroit Lions (the Jets have scored more than 48 points on the road only one other time in the past decade). Despite the fact that his first throw in the NFL led to an interception and a touchdown for the other team (that’s called a “Pick Six,” and Brett Favre and Jameis Winston did the same thing during their first NFL games), Darnold is already being compared to the greats: he achieved the largest margin of victory in a first career start since Tom Brady in 2001. The Jets’ home-opener is today.

Nice to know: Also in NFL Week 1, last year’s 0 – 16 Cleveland Browns (a team that lost every game last season) tied the fearsome Pittsburgh Steelers. Given the teams’ respective records, a tie is considered a huge victory for the Browns. Meanwhile, the Buffalo Bills got mauled by the Baltimore Ravens. The New England Patriots won (yay!), as did the LA Rams. The New Orleans Saints were trounced at home by the Tampa Bay Buccaneers. The hopes of San Francisco 49’ers fans were dashed when new starting quarterback Jimmy  Garoppolo lost his first game to the top-rated Minnesota Vikings. Green Bay Packers’ star QB Aaron Rogers was injured in the 1st half against the Chicago Bears (and their newly-acquired defensive star Khalil Mack); the Packers were down 20-3 after 3 quarters, but Rodgers led them back to win 24-23. He may not be cleared to play against the Vikings today.

Extra credit: It’s a week or two too early for a team to be in “must win” mode, but the NFL teams that really could use a win this weekend are the New York Giants, the Dallas Cowboys, the Pittsburgh Steelers, the Atlanta Falcons and the New Orleans Saints.

2. NCAA college football news. Must know: It’s Week 3, and the surprise upset of the week was Brigham Young defeating #6 Wisconsin. The Badgers were previously on a historic 41-game winning streak against teams outside their conference (they’re in the Big 10), and hadn’t lost a non-conference game at home since 2003. Nice to know: The “rivalry” game this weekend was #22 USC at Texas (their last match-up was a double-overtime thriller – this time, Texas won easily, 37-14). Extra credit: The four marquee games this weekend were #12 LSU at #7 Auburn (an important SEC match-up, with LSU squeaking out an upset 22-21 win); #4 Ohio State at #15 TCU (Ohio won, 40-28, in the last game before their head coach Urban Meyer returns from suspension); #17 Boise State at #24 Oklahoma State (Oklahoma won 44-21 in an important non-conference victory); and #1 Alabama at the un-ranked Ole Miss (another SEC match-up, this one between old rivals; Alabama crushed them 62-7).

3. Major League Baseball (MLB) Latest. Must know: This week, the Boston Red Sox reached 100 wins in a season for the first time since 1946, and locked up their spot in the American League playoffs. The Houston Astros and Cleveland Indians are closing in on their AL division titles. It appears that the New York Yankees will be playing the Oakland A’s in the AL wild card game. The question is on which coast: whichever team is leading at the end of the regular season gets to play at home. Which is a big deal, because it’s a one-and-done game, not a series. Right now, the Yanks are 1.5 games ahead of the A’s.

Nice to know: In the National League, as of this posting, the Atlanta Braves are at the top of the NL East; the LA Dodgers lead the NL West; the Chicago Cubs lead the NL Central; and the two likely wild card NL teams are the Milwaukee Brewers and the Colorado Rockies. The Brewers lead the Rockies by 3.5 in the NL wild card standings.

Extra Credit: New York Mets’ third baseman David Wright has been battling spinal stenosis and other ailments, and has been trying to return to regular play for the last couple of years. Sadly, the team announced this week that he’ll return for one last game at Citi Field (where his young daughters will be able to see him play a major league game), after which he’ll retire. The team doctors say there isn’t anything more they can do, and that he’s unable to continue his MLB career. Wright is well-loved by the fans, and his final game is already sold out.

In our friendly football pool, we’re glad to report that Team Dandelion ended up in the lead in Week One. We’re not getting cocky (believe me) – but victory, even for a week, is sweet.