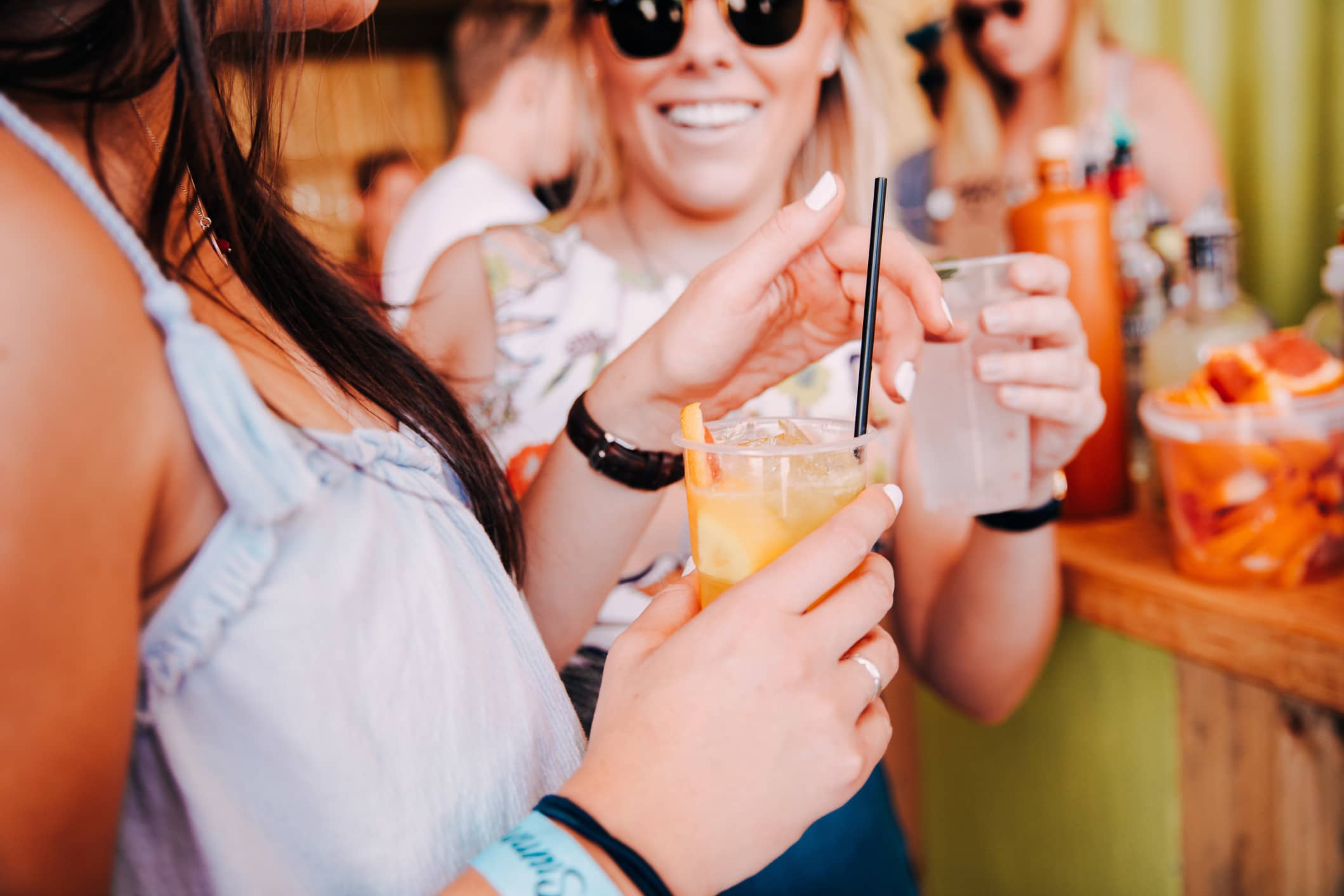 Super Bowl parties are always among the best of the year. Better than most holiday parties. More mad-crazy fun than most birthday parties. Some are even better than Halloween parties. Are you hosting one this year? If so, why not celebrate the big game like a boss? Here’s how to throw a luxurious Super Bowl party this year.

super bowl LIII is drawing near

There’s still a lot to be determined about Super Bowl LIII at Mercedes-Benz Stadium in Atlanta, Georgia, on February 3, 2019.

As of this posting, there are still 8 teams in the mix, with the NFL playoffs underway. The top-seeded teams this year are the Kansas City Chiefs, the New England Patriots, the New Orleans Saints and the LA Rams. Lots of big games coming up this weekend and next. Stay tuned.

It’s been rumored that Maroon 5 will headline this year’s halftime show, alongside a guest appearance by rapper Travis Scott. But the NFL has yet to confirm either. Throw into the mix that some artists have been outspoken in their lack of support for the league with regard to their handling of the national anthem protests, and who knows what will happen?

There will definitely be lots of commercials

One thing is already certain, though. There will be plenty of commercials to watch,  thanks to ad buys from brands like Mercedes-Benz, Audi, and Avocados from Mexico. Colgate has announced that its ad will feature a celebrity cameo from Luke Wilson.

All of those pressing matters about who’s playing, and who’s performing, will get resolved. In the meantime, it’s time to start planning your Super Bowl party!

To help you score some serious points as the ultimate host we’ve rounded up some of the best tips for hosting a luxury style Super Bowl party.  So whether you want to replicate what’s being served in the owner’s box, or something a little more laid back but chic, game on.

how to throw a luxurious super bowl party this year

Here’s how to throw a Super Bowl party this year in 5 easy steps:

Whether you cater your party or serve up the goods yourself, you’d better have plenty of it.  This is, after all, the second most important food holiday after Thanksgiving.  It’s even better if the selections are finger-friendly and portable so that guests can eat with one hand and cheer with the other – this isn’t really a sit-down affair (unless you count sitting on the couch).

What should you serve as the main dish?

That may depend on where you reside.  According to Thrillist, the most popular picks vary from state to state.  So if you live in California, Connecticut, New York or Nebraska you should definitely have chicken wings on the menu. While in Arizona, New Hampshire, New Jersey, Ohio and Rhode Island you should be serving chili.

Easy ways to up the game on chicken wings is to offer various sauces for your wings like those from Anchor Bar (the official birthplace of the chicken wing). Serve unique flavors like West African Spicy Peanut Chicken Wings.

If you want to go all the way over the top, order up a bountiful quantity of Foodgod 24K Gold Wings ($45/90/1000) from the Ainsworth for delivery if you live in or around New York City. These treats come with a gold bottle of Ace of Spades champagne to wash them down.

You can always opt for pizza, or a subway sandwich that can be easily shared. Mini-burgers. Nachos. A taco bar. No one ever says no to shrimp cocktail. Or to pigs in a blanket. One of our friends serves sushi every year (but that might just be him).

Offer some healthy options like crudité, fruit and cheese, a green salad, air-popped popcorn, mixed nuts or hummus. Some of your guests are actually still going to be trying to keep their New Year’s resolutions to eat healthier this year, and we need to respect and support that. (We fully expect to have fallen off the wagon by early February. But that’s just us).

A Super Bowl-themed dessert (or two) is a must. Think cupcakes decorated in the team colors, sugar cookies in the shape of jerseys and helmets, or maybe a football-shaped sheet cake. For something totally different, how about sweet s’mores nachos with graham crackers, gooey chocolate and toasted marshmallows? After all, what’s a football game without nachos?

2. Provide a wide variety of beverages.

Watching the Super Bowl is an iconic American tradition, and what’s more American than enjoying a beer during the big game? That can’t be the only option, of course, but you should definitely stock up. And then get creative with some other game day beverage options.

During the Super Bowl, even folks who don’t normally indulge in a beer will partake in one of two. So invest in some award winning craft brews for your guests to enjoy. We like having a craft beer brewed in the cities of the two competing teams. Every NFL team comes from a region where somebody somewhere is producing a great local brew.

Unleash your inner mixologist, and concoct a theme drink centered around the participating teams. Last year’s game saw beverages like “Tom Brady’s Tears” and “New Englanders,” and while we aren’t quite sure what was in them, they sure sounded like fun.An interesting cocktail is a great way to spark some conversation among your guests.

Be sure to have sparkling and still water and other non-alcoholic beverages in continuous supply – hydration is key for happy party goers during the event and the morning after. See our hangover cures here if you don’t believe us.

3. Create a zone with a large television screen for the die-hard fans.

Let’s be honest: not everyone at your Super Bowl party is there to watch the game.  Some are there to socialize, while others just want to watch the commercials. But some actually want to see the game. So why not consider breaking your party up into zones? You could have two – or even three – separate viewing areas. One strictly for viewing the game in peace; one for watching the commercials (and critiquing them afterward); and one for those just there for the fun of it all (you don’t even need to supply a television for this gang –  maybe just some upbeat tunes and comfortable seating).  While this will require at least two TV’s, it’s a strategy that maximizes everyone’s happiness.

Set a festive vibe with some theme decor and a relaxed dress code. The name of the game at a Super Bowl party is fun. Get things started by suggesting guests wear their favorite team’s apparel, colors or jerseys. This serves as an ice breaker for guests who might not know each other well (Why are supporting that team? Did you grow up there? That kind of thing).

And speaking of guests getting to know each other, it helps to get the party started before kickoff – at least two hours ahead. That gives people time to mingle and snack. And gives the hard core fans ample time to stake out a seat in front of the TV.

Once the game is on, things can get heated if there are a lot of avid fans in the room. When the inevitable arguments arise over statistics, records and rules, let technology come to the rescue.  Have a smart home assistant or tablet on hand, ready to answer at the call of a simple “OK Google.” Problem solved.

how to be a good guest

If you’re not hosting a party this year, and instead are attending one, here are a couple reminders about how to be a good sport, er, guest.

Don’t show up empty-handed – offer to bring something. Do help clean up. Don’t taunt people supporting the opposing team. Do act as a gracious winner should your team find success.  Don’t be a sore loser.  And lastly, don’t forget to agree in advance on a designated driver or on who’s booking the Uber cars.

Easy, right? Whether you are a guest or a gracious host, now you know how to throw a Super Bowl party – and you don’t need to worry about fumbling the ball on game night.