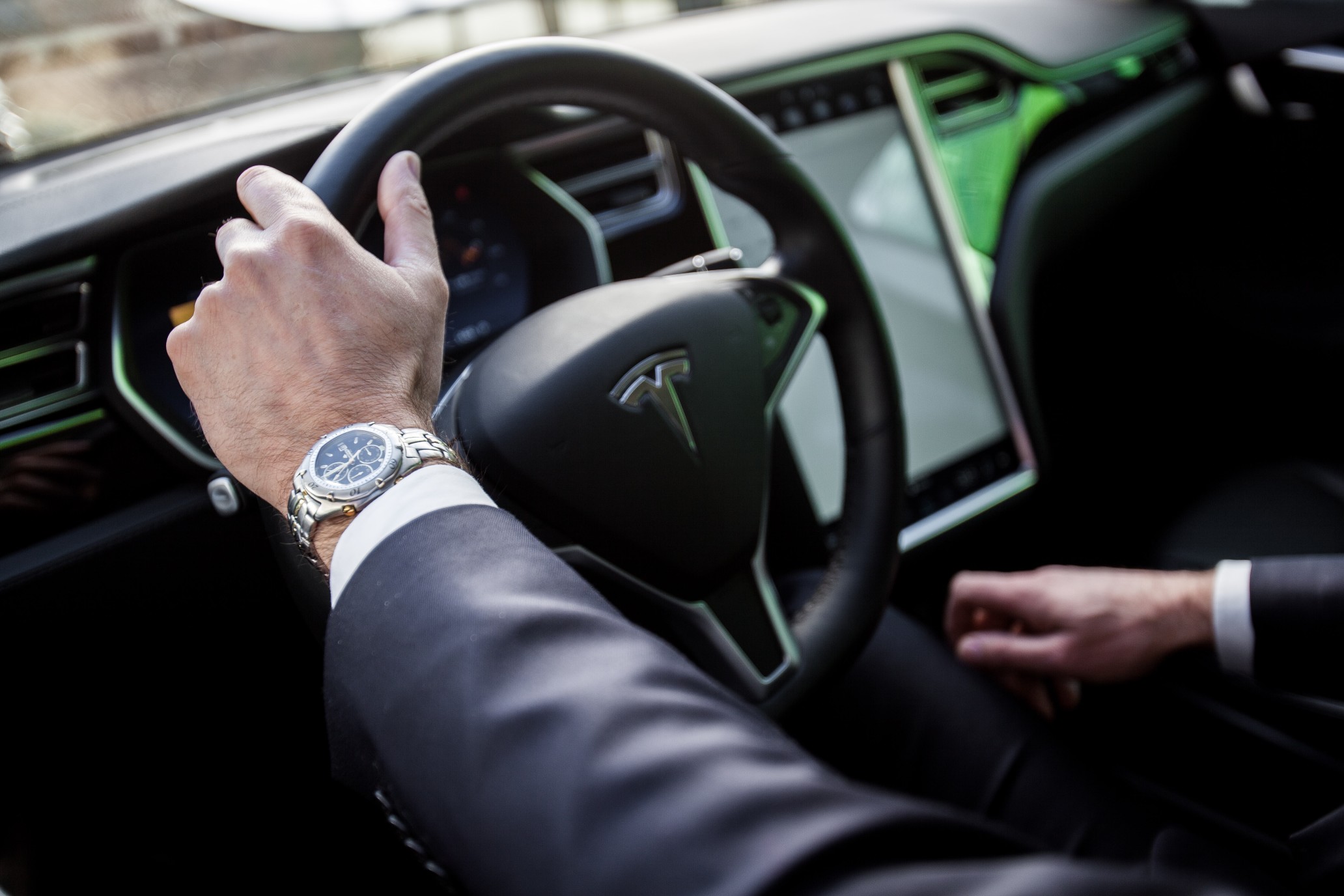 A gorgeous fine watch is a wearable work of art. Which is why we love seeing the new watch debuts at the haute horlogerie shows each year. The Salon International de la Haute Horlogerie (SIHH) marks the official opening of watch season in Geneva. What were the best watches at SIHH this year? Just in time for Valentine’s Day gift-gifting, here are some of the dazzling new timepieces that debuted this month. As we dream a little dream, these are our picks for the best new luxury watches from the Geneva SIHH show 2019.

There were three overarching themes at this year’s event.

Many luxury watch brands are returning to the core of their heritage. For some, that’s their metiers d’art. For others, it’s new editions of iconic “tool watches”  that celebrate what made their pilot’s or dive watches special when they were first introduced.

This year’s color palette was decidedly cool. Almost every brand at SIHH this year introduced one or more new models with blue dials. Many of the watch bands were navy. If you’re investing in a new piece this year, think sapphire, indigo, platinum, and white gold. And of course, lots of white diamonds.

notable changes at this year’s SIHH

Van Cleef & Arpels did not exhibit this year. Audemars Piguet and Richard Mille have announced that this was their last appearance at the SIHH.

Bovet, the brand behind some of the most dazzlingly sophisticated mechanical and artistic watches, made its debut.

And for the first time in its 29 years of life, the SIHH opened its doors to the general public on its final day.

the best watches from the SIHH this year

Featuring a deep blue strap, matching indices and elegant blue hands, A. Lange & Sohne has re-released this iconic watch to commemorate the brand’s relaunch in 1994. The special edition is limited to 25 pieces, and the engraving on the back of the case features the building the brand has used for manufacturing since 1873. $49,800.

The Vacheron Constantin Overseas collection, reinvented in 2016, is designed to convey the spirit of travel. It’s vibe is meant to be modern, sporty and elegant. Two new models in the collection debuted at this year’s SIHH: the Overseas Perpetual Calendar Ultra-thin, $77,500, is a new interpretation of an older model in pink gold. The first-ever Overseas steel tourbillon broadens the range of the collection. $103,000.

This new watch can perform a mechanical magic trick with real user value. It’s programmed with two frequencies: one for active mode and one for standby. The power reserve lasts 4 days in active mode, and up to 65 days in standby mode. That means you can take it off, and two months later you can wear it again without having to reset the time.

To demonstrate its unceasing commitment to aviation, Swiss watchmaker IWC Schaffhausen is sponsoring “The Longest Flight” later this year. Two pilots will fly a vintage Spitfire all the way around the world. When they take off from Goodwood in England in August, both pilots will be wearing this watch.

Meanwhile, you can be even more chic on your next deep-sea dive with the latest model from Panerai. Designed to echo the latest in high-end sailing technology, the watch was developed in partnership with Italian sailing team Luna Rosa (the official challenging team of record for the 36th running of the America’s Cup). The new carbon-cased Submersible (a nod to the carbon fiber hull of Luna Rossa’s AC75 ship) sports a dial made from Luna Rosa’s sailcloth. It’s strong enough to travel 300 meters deep. There are also three other new sporty models from Panerai: one inspired by the Italian Navy; one by explorer Mike Horn; and one by diver Guillaume Nery.

HYT, the only maker of mechanical watches using liquid to display the time, has released a new watch that looks like something from a sci-fi film. The new H20’s red fluid (showing the hours) contrasts with the very traditional — and perhaps deliberately old-fashioned — use of yellow gold elements throughout the watch.

It resembles a modern smart watch – but inside, this sleek new Swiss Alp watch from H. Moser & Cie is all old school. The glossy black dial sports nothing more than a one-minute flying tourbillon. To tell the time, the wearer relies on the chiming function that sounds – rather than shows – the time of day. The platinum edition is $352,000.

One of a trio of limited enamel-dialed watches in Jaeger-LeCoultre’s Master line, this timepiece features one of the most beautiful, traditional and difficult-to-produce forms of enamel: flinqué. The effect is a pattern visible through the translucent material. A limited edition of 100 pieces, the case is white gold, and the strap is blue alligator. $35,800.

To celebrate the 20th anniversary of the Tourbillon Souverain, F.P. Journe has launched a new tourbillon model that doubles the rotating speed for greater performance and visual effect. $246,000 (red gold); $250,000 (platinum).

Hermès has introduced its fourth “high complication” model. The Arceau l’Heure de la Lune’s dial features two mother-of-pearl moons (one of which reveals a barely-there painted Pegasus design) depicting the Earth as seen from the southern and northern hemispheres, respectively. There are 100 individually numbered pieces of each version. $25,500.

Cartier began using the “tonneau” – an unusual shape, neither round nor square – in 1906. Done properly, it can be a very elegant silhouette. Cartier shows how it’s done with its new Tonneau XL Skeleton Dual Time.

At last year’s SIHH, Cartier unveiled a complete re-thinking of its Santos collection. This year, the Santos collection expands further, with a new set of chronographs bearing the signature of aviator Alberto Santos-Dumont.

Cartier is famous for its jewelry watches, and at the SIHH the maison introduced some dazzling new models. The Panthere de Cartier has two new interpretations: the manchette watch and the mini watch. The Baignoire collection has a new model featuring a dial that stretches over the wrist.

The ultra-thin white gold Altiplano watch is decked out – for the first time – with baguette-set diamonds. The brushed blue dial (known as Piaget Blue) plays with the light, assisted by the baguette-cut diamonds which mark the quarter hours on the dial. This gorgeous watch is part of a limited edition of 88 pieces.

The Jaeger LeCoultre Rendez-Vous women’s collection is expanding. Available in white or pink gold with alligator leather straps (in shades of blue or taupe), the Rendez-Vous Night & Day Jewellery watch makes a dramatic statement. The watch is decorated with gold, mother-of-pearl and 186 diamonds, and has an automatic movement. $50,000

Girard-Perregaux revisits the oval-shaped Cat’s Eye in a new edition with a midnight blue strap and rose gold.

Audemars Piguet is well-known for its signature Royal Oak design, first released in 1972. This year, there’s a new variation: a Royal Oak with 32 baguette-cut sapphires (2.24 carats) in cheerful rainbow colors.

Six miniature carp whirl on the face of this new release in the Amadeo Fleurier collection. The watch features 227 round diamonds (1.26 carats) and 5 briolette diamonds, and it’s quite versatile: the piece can serve as a wristwatch, a table clock or a pendant watch.

The latest edition of the Élégante by F. P. Journe in 40 cm features a Titalyt titanium case, a sapphire dial, and 38 diamonds.

For 2019, the Cape Cod takes the anchor-chain motif a step further by incorporating the interlocking links of the bracelet on the face of the dial. Set against a white or black lacquered background, the anchor-chain links are picked out with white mother-of-pearl and diamonds or black spinels and aventurine. Presented in a stainless steel case with 42 diamonds on the bezel, the watch has a quartz movement and comes on a double or single leather strap.

This colorful happy collection from Swiss watchmaker Richard Mille has 10 models, each limited to only 30 pieces. Inside the quartz and carbon case are acrylic and hand-lacquered figurines with the themes of fruit and sweets. Miniature renditions of cotton candy, gummies, candy canes, marshmallows and more grace the faces of dials designed to be worn by both men and women. The sugar crystal effect is the result of crushed enamel and sand (like what’s found in a hour glass). Prices start at $122,000.

Vacheron Constantin’s Les Cabinotiers department recently released a new collection of unique watches called “Mécaniques Sauvages.” The department is comprised of the brand’s most talented watchmakers, and the new bespoke collection is inspired by wild animals. From rhinos and monkeys to tigers and eagles, there are over twenty pieces. Each watch is one of a kind, and many were sold the day they were introduced.

This new 6-model watch family, with options for both men and women introduced simultaneously, was one of the most talked-about and polarizing new introductions at the SIHH this year. A marked departure from the brand’s iconic Royal Oak, this launch was seven years in the making. Available in rose and white gold, the Code 11:59 features a round bezel and case bottom, with a octagonal case in between. Initial reactions from some on social media were that the new watches are bland, safe and “uninspiring.” Reportedly, reception at the show itself was more positive. Time will tell. $74,500.

So what you think? Which one of these new launches is your favorite?

For a weekly dose of career insights and ideas, sign up for our newsletter, Power Up, here.