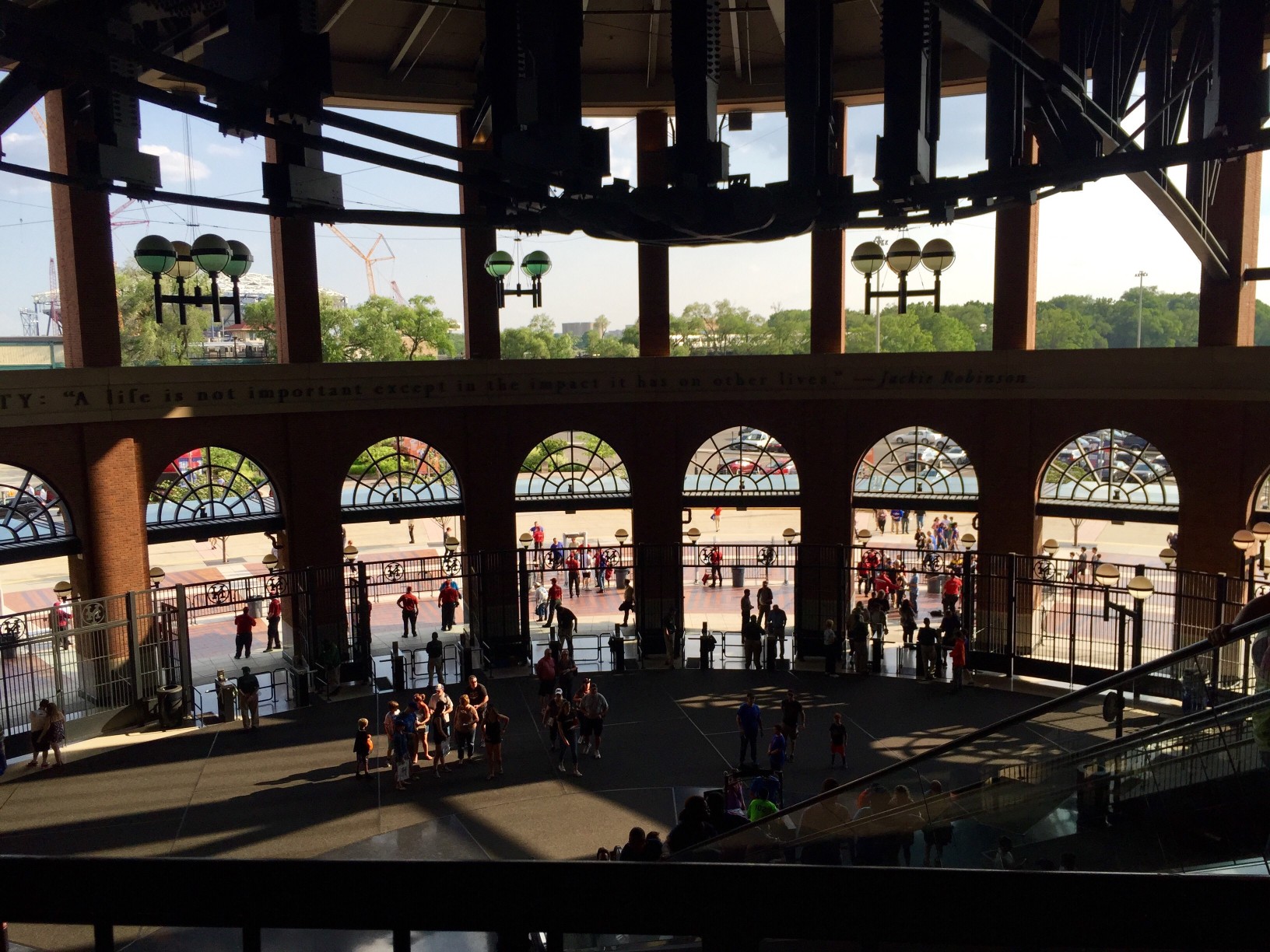 It’s the surest sign of spring there is. Yes, that’s right. Opening Day for Major League Baseball. But how to talk about sports with a baseball fan if you’re only an occasional observer? Our correspondents Vincent and Michael Thomas, a father-son team of avid and knowledgeable baseball fans, are sharing their annual preview of the season. They’ve got expert tips on how to talk Major League Baseball like an expert on Opening Day 2019. Batter up!

However, the season has actually already started. For the first time, the league scheduled a game outside of the US to get things rolling.

The Seattle Mariners and the Oakland Athletics participated in “The Opening Series” by playing two regular-season games against each other at the Tokyo Dome in Tokyo, Japan on March 20 and 21.

The Mariners opened their 43rd season with a 9–7 win over the Oakland on Wednesday night. On Thursday night in Tokyo, Mariners outfielder Ichiro Suzuki played in the 2,653rd and final game of his MLB career — a 5-4 Seattle win in 12 innings.

how to talk about baseball like an expert right now

Has Major League Baseball’s decision to start the season earlier than usual resulted in you feeling unprepared for Opening Day banter with the baseball fans among your family, colleagues, and friends? Relax. As always, Dandelion Chandelier has you covered.

Here are ten Opening Day 2019 conversation topics that you can use to engage effectively with anyone who, like us, views MLB Opening Day as being almost as significant as Easter, Passover, and the other spring holidays observed by the world’s major religions (note to our Pastor: we said almost ):

Who do you think was smarter? The Philadelphia Phillies and the San Diego Padres, who decided to pay $300 million each to free agents Bryce Harper (Phillies) and Manny Machado (Padres) to join their teams? Or the New York Yankees and the Chicago Cubs, who decided not to pursue Mr. Harper or Mr. Machado at all?

The Phillies went all in by adding Bryce Harper, J.T Realmuto, Jean Segura, and Andrew McCutcheon to their team this winter. Is that enough, or are the Atlanta Braves still the best team in the National League East Division?

The New York Mets hired Brodie Van Wagenen, a guy who used to be an agent for baseball players, as their new General Manager. What’s up with that? The Mets have a top-of-the-line starting rotation. Will Mr. Van Wagenen’s acquisition of two strong bullpen arms and proven veteran hitters lead them to the top of a division that includes the Philadelphia Phillies, the Atlanta Braves, and the Washington Nationals?

Did the New York Yankees improve enough in the off-season to beat their arch rivals, the Boston Red Sox for the American League East Division Championship this year, or will they have to risk playing in the Wild Card Playoff Game again in October?

If he had lived, Jackie Robinson would be 100 years old this year. Wouldn’t this be a great year for the LA Dodgers to break through and win the World Series after losing the last two World Series to the Houston Astros and the Boston Red Sox? If their players stay healthy this year, are they good enough?

The Boston Red Sox need a closer. Several teams could use another good left-handed starting pitcher. Why are Craig Kimbrel and Dallas Kuechel still sitting out there as unsigned free agents? Players of this caliber not playing on Opening Day solely because they are unsigned free agents makes Major League Baseball look bad.

One of these guys: Vladimir Guerrero Jr. (Blue Jays), Bo Bichette (Blue Jays), and Fernando Tatis Jr. (Padres) might win the Rookie of the Year Award this year. I feel so old! I remember watching their fathers play! (Note: those of you who are old enough to remember Vladimir Guerrero Sr. of the Expos and Angels, Dante Bichette of the Rockies, and Fernando Tatis Sr. of the Expos know who you are. Own it!)

Another prediction: the usual suspects (Boston Red Sox, LA Dodgers, New York Yankees, Houston Astros, and Chicago Cubs) will be great again. Sleeper teams to watch out for this year: in the American League, the Minnesota Twins. In the National League, the Washington Nationals and Pittsburgh Pirates.

There you have it – ten ways to engage in a conversation about baseball on opening day 2019. Just reading this makes us crave a cold beer and a hot dog, a cool breeze and great seats at the stadium. Bring it on, MLB. We are so ready.

Now it’s your turn: what do you love the most about baseball season? And who’s your pick for the two teams in the World Series this year?

Vincent Thomas is a community college academic dean and the brother of Dandelion Chandelier founder Pamela Thomas-Graham. He lives in Minneapolis, Minnesota. His favorite Major League Baseball team is the Detroit Tigers.

Michael Thomas is a first year student at The College of Wooster in Wooster, Ohio and the nephew of Dandelion Chandelier founder Pamela Thomas-Graham. He is a catcher on Wooster’s varsity baseball team (NCAA Division III.) His favorite Major League Baseball team is the Chicago Cubs.