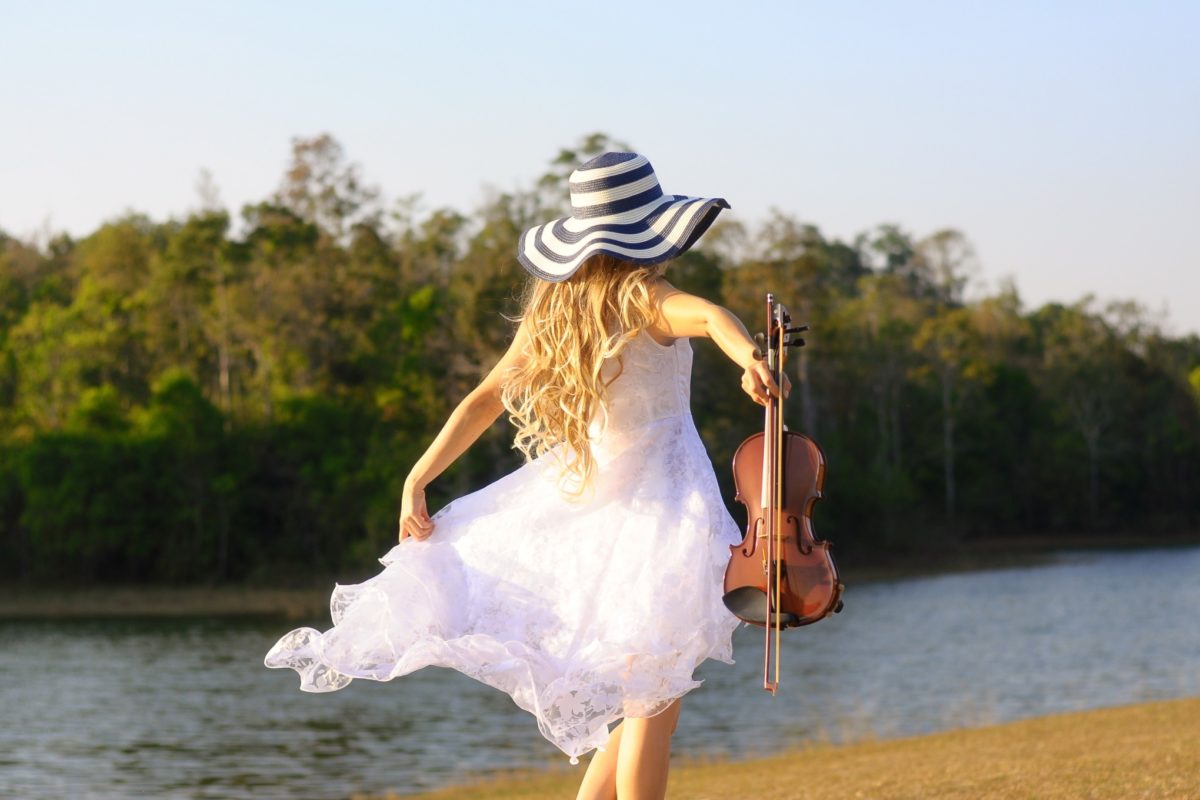 what makes chamber music so special?

Are you a mélomane? Or perhaps you have one in your family?

We became of aware of this condition – a great love of music, especially chamber music – when one of our friends, a world-class musician who was in town to play with the New York Philharmonic, stopped by for a visit.

He kindly explained that while some people love symphonic performances, for others, the effect is overwhelming – too loud, too impersonal, too distancing. For them, chamber music provides a more intimate engagement with the music.

That intrigued us, so we went digging to learn more. Here’s what we found: chamber music is composed for performance by a small group of instruments—traditionally a group that could fit inside a palace chamber. There is only one performer per part and chamber compositions frequently resemble a conversation among the musicians.

As a result, playing chamber music requires special skills, both musical and social, that differ from the skills required for playing solo or symphonic works. The concerts take place in small settings (an audience of 200 would be considered large for a chamber music performance). It is also common to find talented amateurs preforming at a chamber music concert, rather than solely professional musicians. It’s a more personal experience all around.

where are the best places to hear chamber music?

There are lots of wonderful summer chamber music festivals to get a true taste of the genre. We’ve rounded up a dozen of them, to get you started.

Tickets are already on sale for some of these events, some are nearly sold out, and others are just about to become available, so this is the perfect time to get out your calendar and start scheduling.

Consider this a complement to our list of the best summer classical music and opera, jazz, dance and pop music festivals.

While several summer classical music festivals – like Tanglewood, Ojai, Spoleto, the BBC Proms and Aix-on-Provence – feature numerous chamber music performances, the festivals listed below are even more focused on the genre. Some, like Moab, are exclusively dedicated to chamber music.

The Rockport Chamber Music Festival in Rockport, Massachusetts, June 14 – July 14, 2019 (plus the Festival Annex on August 17 and 31) is now in its 38th season. Under the leadership of Artistic Director Barry Shiffman, this year’s program shines a light on the creative process. Source and Inspiration will peels back the layers of the creative process. Whether it is seeing a drawing, reading a text, hearing a rhythm, or even being enamored with a personality, it inspires new work.

The Festival’s Opening Night concert brings music of Ravel, Milhaud, and an original score by Stephen Prutsman performed to Buster Keaton’s 1927 film College, highlighting how the explosion of jazz during the 1920’s inspired classical music and the world around it.

There will be magical performances all summer. We love the sound of the program on Friday, June 21: pianist Piers Lane will be performing the complete Chopin Nocturnes by candlelight.

The Annex in August will see a performance of Bach’s Complete Brandenburg Concerti on the 17th. On August 31, David and Finckel and Wu Han will close the summer playing the works of Bach, Schumann, Grieg, Mendelssohn, and Chopin.

Chamber Music Northwest in Portland, Oregon, June 24 – July 28, 2019, is an annual festival founded in 1971. Performances are held at the Kaul Auditorium on the campus of Reed College and in Lincoln Hall at Portland State University. Gloria Chien and Soovin Kim have been named as its next artistic directors. David Shifrin, artistic director for nearly 40 seasons, is stepping down after the 2020 Summer Festival.

This year’s highlights include the International Clarinet Celebration. The Miró Quartet will begin their year-long Artist Residency with a celebration of Beethoven’s 250th birthday. However, we’re most excited about the return performance of Portland jazz great and composer Darrel Grant’s groundbreaking The Territory. It first premiered at Chamber Music Northwest in 2013. The work blends jazz with classical to explore the unique cultural and geological history of Oregon.

The Aspen Music Festival, June 28 – August 17, 2019, has a significant number of chamber music concerts scheduled as part of its robust classical music programming this summer. Highlights include Grammy-nominated violinist Robert McDuffie in an evening performance celebrating the season theme Being American. In addition to works by Gershwin for solo violin, he’ll be featured in the original chamber music score of Copland’s ballet Appalachian Spring.

The Music with a View series features student musicians playing chamber music in the open-air space on the roof of the Aspen Art Museum. Music on the Mountain is an opportunity to have a picnic lunch while listening to students playing light chamber music with the stunning Elk Mountain Range as a backdrop.

The show-stopper of the summer, though, will be the evening of August 1, 2019, when the Emerson String Quartet teams up with opera megastar Renée Fleming for Penelope, a new work by Andre Previn, with text by Tom Stoppard.

The Oregon Bach Festival, June 28 – July 13, 2019, held in Eugene, is an annual celebration of the works of Johann Sebastian Bach and his musical legacy, including compositions from Beethoven and Handel. Concerts are held at the Beall Concert Hall on the University of Oregon campus, and at the Silva Concert Hall and Soreng Theater at the Hult Center for the Performing Arts.

The Norfolk Chamber Music Festival, June 29 – August 17, 2019 – at the foot of the Berkshire Mountains in northwest Connecticut – is one of the oldest in the US. In the 1890’s, Ellen Battell and her husband Carl Stoeckel, son of the Yale School of Music’s first professor, began hosting chamber music and choral concerts in their mansion. They later commissioned the Music Shed to be built as a dedicated performance space. It opened in 1906, and is essentially unchanged since then – Sergei Rachmaninoff performed there. Upon her death, Battell left a bequest that the facilities be used for Yale University’s summer music school, and as a result, the festival has a dual teaching and performance mission.

Highlights this year include the opening night concert by Grammy-winning ensemble Roomful of Teeth. Other artists include the Brentano String Quartet and Wei-Yi Yang and the Emerson String Quartet. There are several Master Classes and Emerging Artist showcases throughout the run of the festival.

We’re most excited about the Miro Quartet’s program of works composed by Clara Schumann. She was a virtuoso pianist and an accomplished composer, and a profound influence her husband Robert Schumann and their beloved friend Johannes Brahms.

This year’s festival will feature concerts by Joshua Bell; Olivier Latry, the titular organist at the Cathedral of Notre-Dame in Paris; pianist Adam Golka; the Manhattan Chamber Players; Yekwon Sunwoo; and the Venice Baroque Orchestra. Plus the Minnesota Orchestra and the Grammy Award-winning Parker Quartet.

Special highlights include an exploration of the music of Georges Enescu, including the US premiere of his early Piano Trio in G Minor on July 8, 2019. Other works to be performed include string quartets by both Felix and Fanny Mendelssohn; a set of early English songs with Nicholas Phan; and Rachmaninov’s Piano Trio Op. 9.

This year will see the world premiere of Sebastian Currier’s Piano Quintet, commissioned by SCMS. The season closes with the great masterpiece, Piano Quintet in F Minor by Johannes Brahms.

The opening concert will include music by Sergei Rahmaninov, Edvard Grieg and William Walton. The first evening, a concert focused on British Nobility features Britten, Vaughan-Williams and more. The second night, it’s Nordic Now, with contemporary works from Nordic composers. Saturday night’s concert in Helsinki Cathedral will feature works by Bach and Vivaldi. The final gala at Temple Rock Church will see performances of Debussy, Rahmaninov, Pärt and Brahms.

The 47th season of the Santa Fe Chamber Music Festival will be held from July 14 – August 19, 2019. Founded in 1972, the beauty of the Sangre de Cristo Mountains makes this a particularly wonderful way to experience chamber music.

Highlights of this year’s program include the New Mexico premiere of IF, a monodrama co-commissioned by the Festival and written and conducted by Pulitzer Prize–winning composer John Harbison. A masterpiece by Mendelssohn—the Octet for Strings—led by violinist Paul Huang in his Festival debut. A performance of Beethoven’s trailblazing “Archduke” Trio. A festival-first performance of Britten’s Serenade for Tenor, Horn & Strings. Plus performances by the Miami String Quartet and the Escher String Quartet.

Wrapping up the summer season is the Moab Music Festival in Utah, which will be held this year held from August 27 – September 13, 2018. The annual event features four days of pure chamber music with composers and instrumentalists from all over the country.

In addition to the purity of its focus, Moab is the only place we know of to hear chamber music in a red rock grotto surrounded by the immaculate wilderness. Hardy types can opt for one of the popular Music Hikes (works from the European canon are performed deep in the desert wilderness). You can also take a four-day, three-night musical rafting trip down the Colorado River, through the Ruby-Horsethief and Westwater Canyons. The trip combines a classic whitewater rafting trip with daily concerts by world-class artists in extraordinary settings along the river. It’s “music in concert with the landscape.”

There you have it: a dozen wonderful ways to experience chamber music, which has been described as “the music of friends.” You should totally invite your besties to join you for a performance sometime this summer. You buy the tix, they’ll bring the rosé. Enjoy!