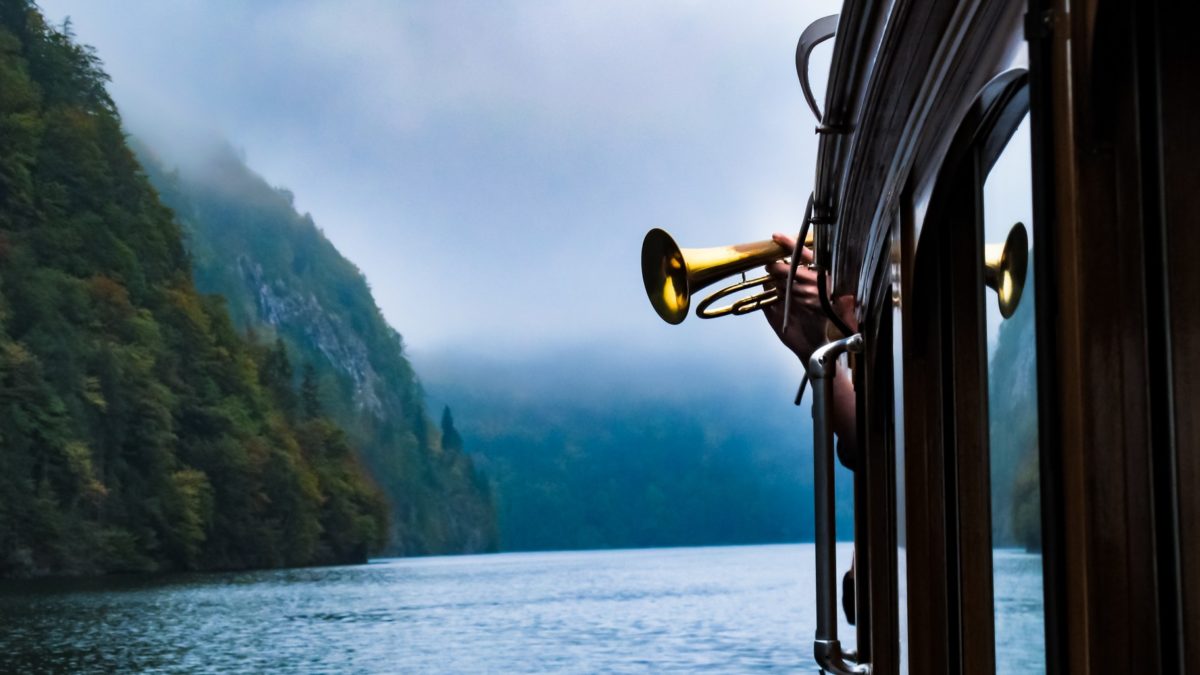 Jazz and moonlight. One of our all-time favorite combinations. Music aficionados of the world, here’s where to go to hear great jazz performances. Whether its Wynton Marsalis or Patti LaBelle, Jon Batiste or George Benson or Cécile McLorin Salvant, this summer there’s a jazz festival perfect for everyone. Here’s our curated list of the 10 best summer jazz festivals in the world for 2019, along with recommendations on where to stay while you’re in town. Welcome to another summer of swing.

From Los Angeles to Spain, there are incredible jazz festivals all over the world this summer. And if you’re open to cultural experiences of all kinds, check out our lists of the best summer classical and opera, pop music, and dance festivals.

Tickets are already on sale for some of these events, some are nearly sold out, and others are just about to become available, so this is the perfect time to get out your calendar and start scheduling.

And yes, we know jazz is all about improvisation – but a little planning ahead definitely won’t hurt. See you under the stars.

The Ravinia Summer Music Festival, April 6 – September 15, 2019, held just outside Chicago, is a showcase for all kinds of music. Throughout the summer, starting around the end of May, jazz starts to appear regularly on the schedule.

The Playboy Jazz Festival, June 8-9, 2019, now a co-production with the L.A. Philharmonic and Herb Hancock – its creative chair for jazz – has been held annually at the Hollywood Bowl in Los Angeles since 1978. It features both established and up-and-coming musicians.

At the 18th edition of the Rochester International Jazz Festival, June 21-27, 2019, more than 1,500 artists from around the world will perform over 325 shows at 19 venues in Rochester, New York. And over 100 of these events are free! Sweet.

Headliners this year include George Benson, Patti LaBelle, the Steve Miller Band, and the Blind Boys of Alabama. Stay at: Dartmouth House, a charming B&B in Rochester. Don’t Miss: Actor Jeff Goldblum – who is also an accomplished pianist, performing with his band, the Mildred Snitzer Orchestra – June 26, 2019.

The Saratoga Jazz Festival, June 29-30, 2019, takes place at the Saratoga Performing Arts Center each year during the last weekend in June. Founded by jazz impresario George Wein, this year is the festival’s 42nd season.

Highlights this year include the festival debut of Grammy award-winning artist Norah Jones. Plus the return of jazz legend George Benson and festival favorite Trombone Shorty & Orleans Avenue. In total, there will be 22 group performing, including 15 festival debuts, and a record number of groups led by women artists. Stay at: The Saratoga Arms. Don’t Miss: Back by popular demand are Django Festival All-Stars with Edmar Castañeda and Grace Kelly; the Joshua Redman Quartet; the James Carter Organ Trio; and Los Van Van, which its celebrating its 50th anniversary.

The Umbria Jazz Festival, July 12-21, 2019, has been celebrated in the medieval city of Perugia, Italy since 1973, with dozens of performances held in concert halls as well as in the streets.

Headliners this year include Diana Krall, Paolo Conte, King Crimson, Hiromi, George Benson, Chick Corea, and Richard Bona. Stay at: The Borgo Dei Conti Resort. Don’t miss:  The late-night jam sessions at Elfo’s on Via Sant’Agata. It’s got the best tap and bottled beer in all of Umbria, and the party goes “’til late.”

The 43rd edition of the Festival de Jazz de Vitoria-Gasteiz takes place July 15-20, 2019 in Vitoria, Spain. A “must-see” on the Spanish musical calendar, the event in the historic Basque region in northern Spain is part of the International Jazz Festival Organization, which brings together the most important jazz festivals in Europe and the US.

Concerts are held in the Principal Theatre, the Mendizorroza Sports Center and the Campas de Armentia esplanade (for Jazz in the Street).

Headliners this year include the Regina Carter Quartet, Nubya Garcia, Kamasi Washington (a Kendrick Lamar sideman), Jorge Drexler, and Gregory Porter. Stay at: The NH Canciller Ayala Hotel (that’s where the festival’s excellent Midnight Jazz sessions are held). Don’t miss: Seeing the sculpture of Wynton Marsalis (who composed Vitoria Suite in 2010 in tribute to the festival), and the bench with names of musicians who have attended the festival over the years, in a park in Vitoria.

The San Sebastian Jazz Festival, July 24-28, 2019, officially known as the Jazzaldia Jazz Festival, is in its 54th year on the coast of the Basque region in Spain.

Artists for this year’s edition include Neneh Cherry, Diana Krall, Joshua Redman, Jamie Cullum, Sílvia Pérez Cruz, Joe Jackson, Atomic, Moppa Elliott, Martirio, Charles McPherson and Houston Person. Stay at: the Hotel Maria Cristina. Don’t miss: Joan Baez on her farewell tour. The people of San Sebastian will pay a tribute to her by flocking en masse to the Zurriola Beach. Her performance will be a huge event on the evening of July 24, 2019.

The Newport Jazz Festival, August 2-4, 2019, takes place at Fort Adams State Park and the International Tennis Hall of Fame at the Newport Casino. The event was established in 1954 by socialite Elaine Lorillard and promoter George Wein with the aim of bringing great jazz to the posh resort town. This year’s artists include Diane Reeves, Corrine Bailey Rae, Herbie Hancock, Kamasi Washington (a Kendrick Lamar sideman), and Cécile McLorin Salvant. Stay at: The Castle Hill Inn or the Chanler Hotel at Cliff Walk. Don’t Miss: The opening night concert on Friday, August 2, 2019, when Jon Batiste & Friends perform.

The Monterey Jazz Festival, September 27-29, 2019 at the County Fair and Event Center in Monterey, California, is one of the world’s longest consecutively running jazz festivals. Now in its 62nd year, it was founded by jazz radio broadcaster Jimmy Lyons. This year’s lineup features Diana Krall, Snarky Puppy, Chris Botti, Larkin Poe, Allison Miller and Derrick Hodge. There will be over 500 artists in all. Stay at: The Inn at Spanish Bay. Don’t miss: This year’s Showcase Artists, the Christian McBride Big Band, performing on Saturday evening, September 29, 2019.

The Monterey Jazz Festival in California