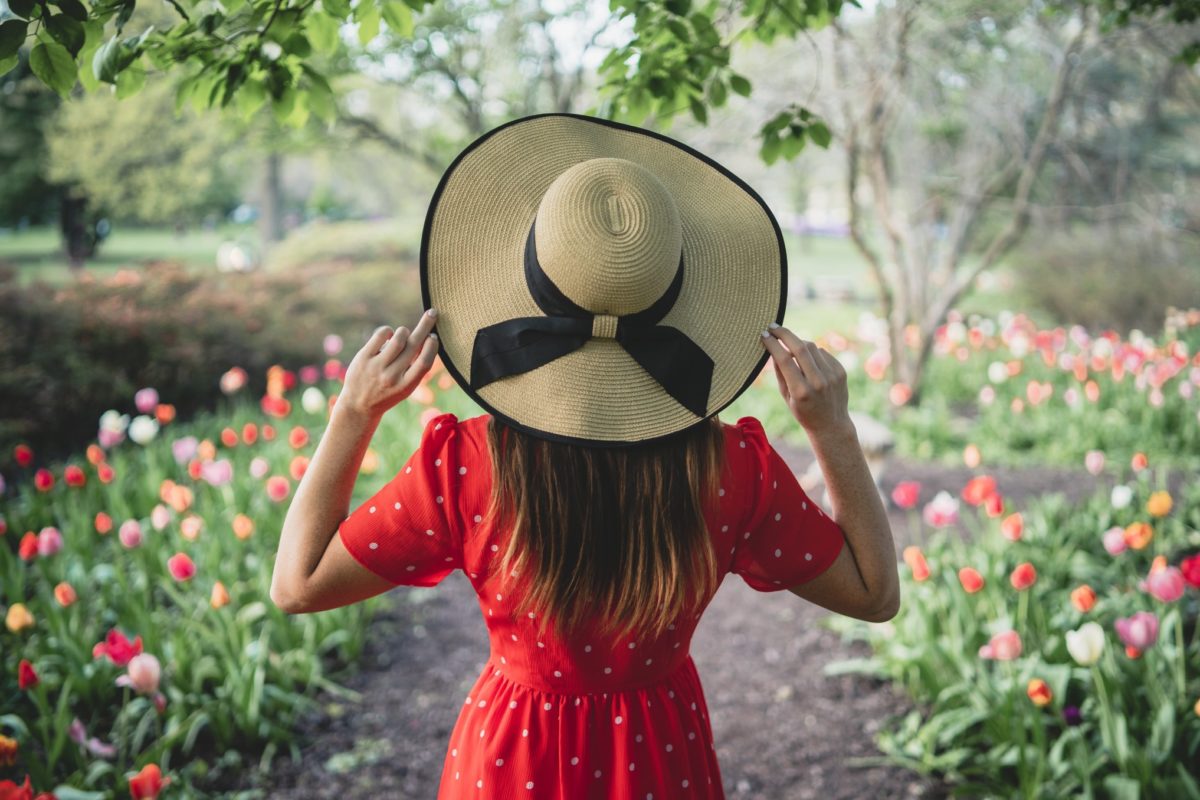 New research indicates that spending time in a garden is excellent for our health. To help you find the nearest lovely spot, we embarked on a round-the-world tour. The result is our five-part series on the most beautiful gardens in the world. We’re sharing our top picks of the best gardens in Central and South America; Europe; Asia; the Middle East and Africa. These are our top picks for the most beautiful gardens in North America – the best gardens in the United States and Canada.

what are the most beautiful gardens in North America?

It’s commonly assumed that while some cultures embrace formal gardens and gardening as a core part of their identity, North American countries are not among them.

For the record, while horticulturalists are perhaps more rare in these parts than in Europe or Asia, the situation is not even close to dire. People living in this region are more excited about gardens and greenery than ever.

Our friends at the Garden Media Group, a firm that researches global gardening trends, reported that the past year saw a record high of $47.8 billion spent in lawn and garden retail sales. The 18-34 year old demographic also set a record high too. They make up 29% of all gardening households.

The future looks bright and green.

The best gardens in North America are as spectacular as any you’ll find on earth.Here are over 20 wonderful gardens in the U.S. and Canada. One of them is sure to be just right for you.

the most beautiful gardens in the United States

It may be because we live here, but we think the New York area has some of the best gardens in the United States.

We highly recommend the New York Botanical Garden in the Bronx; this spring, don’t miss The Orchid Show: Singapore. Once it ends, there will be a special exhibit of the work of iconic Brazilian landscape designer Robert Burle Marx.

The Brooklyn Botanic Garden is more intimate than the New York Botanical Garden, and its equally serene. The annual sakura festival there to celebrate cherry blossom season is not to be missed. Especially in spring, this is one of the best gardens in all of North America.

Hidden away in the Riverdale section of the Bronx is the stunning Wave Hill, offering an expansive green lawn with panoramic views of the Hudson River.

Wave Hill in the Riverdale section of the Bronx, New York

There are numerous areas of Central Park that are iconic and not to be missed, including the classic and elegant 6-acre Conservatory Garden at the north end of the park (site of the famous “hat lunch”).

Many of Manhattan’s great museums also have lovely gardens. Some are so secret that you’re likely to be able to experience them in solitude (or at least without the cacophony of a crowd). Having one of the best gardens in North America all to yourself? That’s some serious luxury right there.

We vote for the Chinese Garden Court at the Metropolitan Museum of Art and the Sculpture Garden at the MoMA.

The Astor Chinese Garden Court at the Metropolitan Museum of Art, New York

On the Upper East Side, the Garden Court at the Frick and the outdoor garden at the Cooper Hewitt are intimate and charming places to take in spring in the city. The Cooper Hewitt’s annual Garden Party (June 6th) is always a delightful evening of dinner, drinks and music.

In the suburbs of New York City, the Storm King Art Center is a sculpture garden of epic proportions that is absolutely worth the trip to see.

Kykuit is the six-story hilltop estate that was home to four generations of the Rockefeller family, features expansive terraced gardens containing an extensive collection of 20th-century sculpture from artists including Picasso, Calder, Henry Moore, and Louise Nevelson.

Estate of the Rockefellers, Kykuit, in the Hudson Valley, New York

8. The Public Garden in Boston

Boston is home to two exceptional gardens right in the city: the Public Garden and the interior courtyard garden at the Isabella Stewart Gardner Museum. Established in 1837, the Public Garden was the first botanical garden created to be open and free to the public in America.

If you want to venture further afield, Harvard’s Arnold Arboretum is lovely. The annual Lilac Sunday is a high point of the spring – this year it will be celebrated on Mother’s Day.

10. the glass flowers at the Peabody museum

Across the river in Cambridge, the Ware Collection of Models of Plants at Harvard’s Peabody Museum, aka The Glass Flowers, were recently refurbished and are really beautiful.

An apple blossom – part of the Glass Flower exhibit at Harvard

Don’t be put off by the name: Mount Auburn Cemetery in Cambridge, Massachusetts has multiple roles in public life. In addition to serving as a burial ground, it is also quite a lovely garden.

Another collegiate garden, 20-minutes from Boston, is the Wellesley College Botanical Garden. It features a botanic garden, arboretum, greenhouses and a student-created labyrinth composed of tree rounds and branches, all amidst a gorgeous campus designed by Frederick Law Olmsted, Jr himself.

Elsewhere in Massachusetts, The Mount, Edith Wharton’s home in the Berkshires in Lenox, is home to a sunken Italian garden, a French flower garden and a rock garden. Combined with a tour of her house, a visit here is a wonderful way to better understand the life of this chronicler of the Gilded Age. It’s a literary twist on our list of the best gardens in the United States.

The Mount in Lenox, Massachusetts

The next time you’re in Washington, DC, make time for a stop at Dumbarton Oaks in Georgetown. Now owned by Harvard, the garden was created by two powerful women – Mildred Bliss and Beatrix Farrand. It’s quirky and creative, as the property is very steeply graded. There’s also an extension designed by Philip Johnson that’s like nothing you’ve ever seen before.

In the South, the 55-acre Sarah P. Duke Gardens at Duke University cannot be missed. The terrace gardens are a particular highlight, as well as the 18-acre Asiatic Arboretum which features a mountain stream and series of cascading waterfalls, made from recirculating water.

The Atlanta Botanical Garden was recently named one of Architectural Digest’s 8 Most Beautifully Designed Botanical Gardens of 2019. It’s surely one of the best gardens in the United States. If you have young children, they might enjoy their Imaginary Worlds: Alice’s Wonderland exhibition (May 11- October 27, 2019) featuring giant, playful topiary plant sculptures.

The architect and garden designer modeled the greenhouse and the surrounding gardens to resemble The Crystal Palace and the Palm House at Kew Gardens in London. Elsewhere on the island, there are three lakes to stroll around, and spectacular views of the Detroit skyline.

On the West Coast, the Palace of Fine Arts in the Marina District of San Francisco is one of our favorite spots; while not technically a garden, it’s a lovely and haunting space that will make you feel that you’re very far away from the city.

19. The Central Garden at the Getty Museum Los Angeles

While in Los Angeles, make time for a visit to the central garden at the hillside Getty Center museum; its architectural details will remind you of Rome.

The Central Garden at the Getty Center in Los Angeles

20. The Gardens of Hawaii

Hawaii has so many gorgeous gardens that it’s impossible to name-check them all. Many of them easily make the list of the best gardens in the US and Canada. Our personal favorites are on Maui. Driving the Road to Hana is itself like touring a continuous garden. Be sure to stop in to see the 294-acre botanical Kahanu Garden and the aptly-named Maui Garden of Eden, set on 26 acres of trails, picnic spots, waterfalls and coastal views.

the most beautiful gardens in Canada

Les Quatre Vents in Quebec is an iconic example of 20th-century European garden style, and one of the most beloved in Canada. Created and owned by Frank Cabot, an American whose family bought the land in 1902, the property covers 20 acres and is made up of 24 smaller gardens. Many of the plants are native species, and the layout is full of beauty, whimsy and surprise (a quartet of frogs plays Dixieland music in one hidden corner). This quirky offering more than earns its place as one of the best gardens in Canada.

The Butchart Gardens in Victoria, British Columbia are also the work of one passionate gardener. They’re also among the most beautiful gardens in North America. At the turn of the last century, Jenny Butchart set about beautifying the pits her husband’s limestone mining company had left on their Vancouver Island property.

Still owned by the family, most of the 55-acre property is open to the public, including Butchart’s first creation, the Sunken Garden. Other notable areas are the Japanese Garden, the Italian Garden and the impressive 300-species rose garden. On summer Saturday evenings, there are fireworks set to the music of show tunes. We visited the Butchart Gardens for the first time on a summer night in June, and we can confirm that it’s a perfect way to spend time in one of the best gardens in Canada.

That’s it – our picks for the most beautiful gardens in North America. What’s your favorite? Did we miss anything?