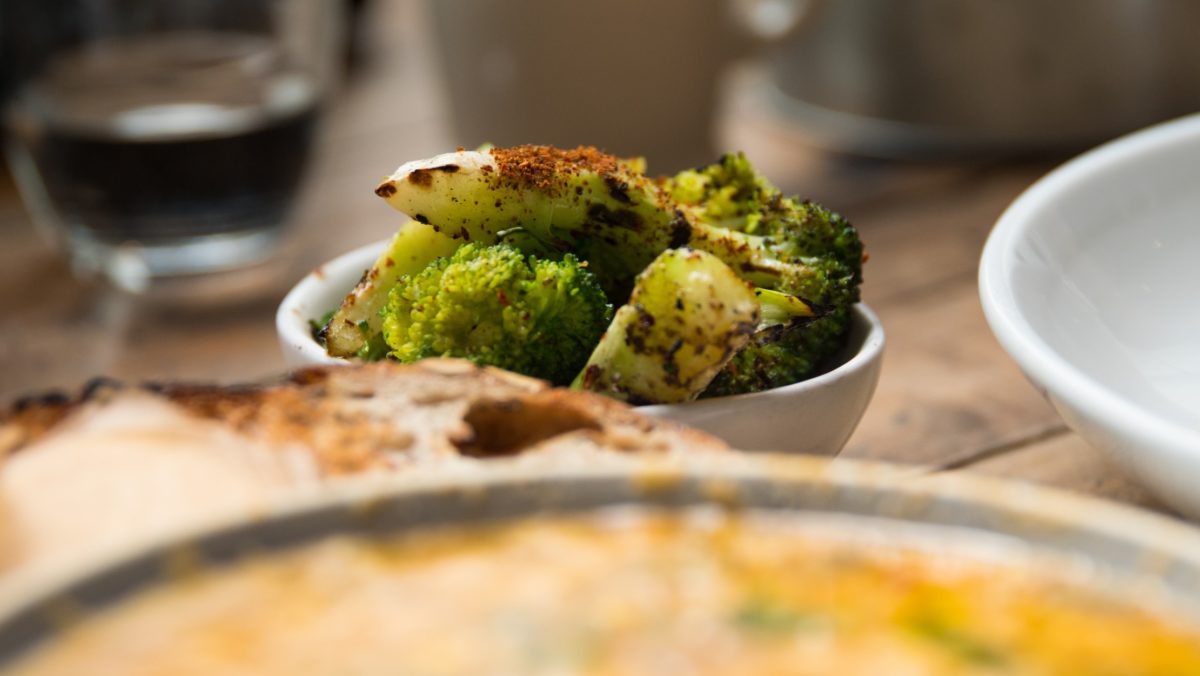 news to know in the world of fine dining this May

Crown Shy is Kent’s first solo operation, and early reports are that the food and ambience are both stellar. The restaurant is located in a residential building in the financial district, and Kent plans to open four additional concepts in the building, including one on a top floor.

Meanwhile, on the West Coast, another NoMad alum has struck out on her own. After stints at Eleven Madison Park and the NoMad in New York, chef Ashley Abodeely moved to Los Angeles to open the NoMad downtown.

Abodeely left the NoMad earlier this year to lead the kitchen at the new Firehouse in the Arts District. Recently overhauled, Firehouse is situated on the ground floor of a 1920’s era firehouse. The two-story Engine Co. No. 17 building on Santa Fe Avenue was built in 1927, and has a new 9-room hotel above it. The restaurant, bar and event space has lots of outdoor seating and plenty of string lights. The menu features new American cooking, highlighting local ingredients and the restaurant’s wood-burning grill. The 100 seat restaurant is already packed every night.

In other news from the world of fine dining this May, San Franciscans also have some restaurant news to be excited about. Che Fico, the super-popular Italian restaurant where diners line up 30 minutes before they open hoping to snag a table, has now opened a wine bar and market below the restaurant.

Che Fico Alimentari opened on April 30, 2019. Now, not only can the restaurant accommodate more diners. But when diners fall in love with say, pastry chef Angela Pinkerton’s tiramasu, they can also take a whole sheet of it home with them!

London diners are also gaining greater access to a coveted spot. The Big Mamma Group, owners of the trattoria Gloria (currently London’s hottest restaurant) just announced that they will be opening a sibling restaurant. Circolo Popolare will open in Fitzrovia this June. Like its sister restaurant in Shoreditch, the new Circolo will feature lots of greenery. It will have a 60-person outdoor seating area, and will be sufficiently large to accommodate 280 diners in the main dining area.

Exotic and playful dishes will include pastas served in hollowed out cheese rinds, pizzas by the meter, and a mega ice cream sundae served with huge chunks of cookie. While Gloria’s menu leans towards the cuisine of the Almalfi coast in the 1970’s, Circolo’s menu is Sicilian-inspired, but uses ingredients from various regions of Italy.

For those of you (like me) who enjoy watching shows about food, there’s a new Netflix show to check out. “Street Food” was created by the team behind popular show “Chef’s Table.” The new show will feature the food created by renowned chefs in small, inexpensive restaurants, family-run restaurants and hawker stalls throughout Asia.

The first season will kick off in Bangkok and feature various restaurants and chefs of street carts, including the first Bangkok streetside restaurant chef to be awarded a Michelin Star, Jay Fai. From there, episodes to bounce to India, Taiwan, Vietnam, Japan, South Korea, Singapore, Indonesia, and the Philippines. I recommend ordering takeout from your favorite Asian spot to enjoy while you watch the show. But maybe place the order before you hit play .. .otherwise, you could end up with one of those orders that comes with four times as many forks as there are people eating the meal. Know what I mean? Watching this is going to make you want to order everything you see.

That’s it. That’s the top news to know in the world of fine dining this May. You’re good to go – have a great month.

Nicole Douillet is Dandelion Chandelier’s Food Editor. In addition to sharing her love of all things food with our readers, Nicole is a finance executive who has spent nearly 18 years on Wall Street in a variety of roles.

Most recently, Nicole co-founded Reboot Investing, Inc. where she served as the Chief Operating Officer and Chief Compliance Officer. A recognized leader in socially responsible investing, Nicole created the ground-breaking Credit Suisse LGBT Equality Index ® and co-authored “What’s the Effect of Pro-LGBT Policy on Stock Price?” for the Harvard Business Review in 2014.

Nicole currently serves on the Advisory Council for Action Against Hunger | ACF International. She is a former junior Olympic skier, food and drink aficionado, serial restaurant regular, and two-time chili cook-off champion. She and her wife live in Brooklyn with their kids, whose favorite restaurant is Lilia. Nicole is a graduate of the University of Notre Dame.