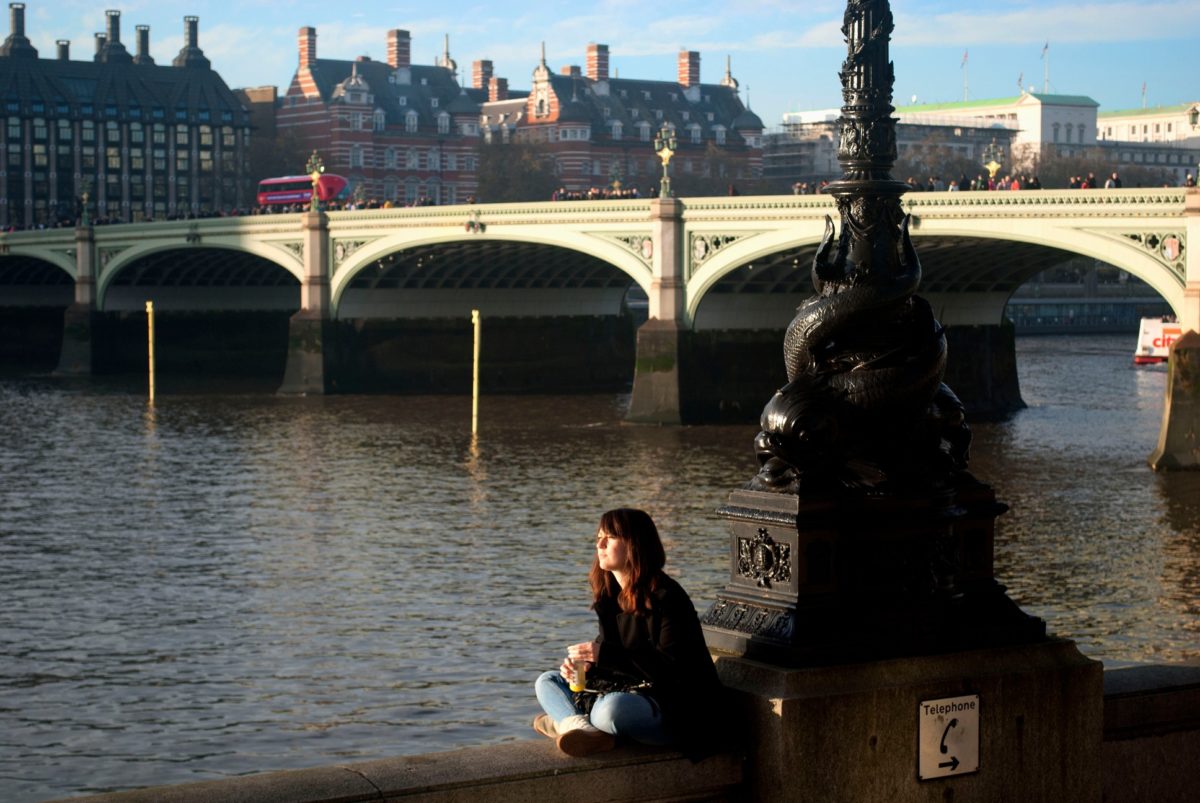 You’re going to London. Maybe for the first time. Maybe for the hundredth time. What to read before visiting London? If you have time, of course, you can read the collected works of Charles Dickens. But in case you’re just looking for some quick reads on the plane, we’ve got you. Our correspondent Abbie Martin Greenberg shares our selected reads to unlock the true spirit of London: a list of some of the best books set in or written about London, including novels, poems, histories, essays, and memoirs.

what to read before visiting London?

London is undeniably one of the greatest cities in the world. Birthplace of Peter Pan, Oliver Twist, and so many other real and fictional greats, it sometimes seems that magic seeps down the streets.

Whether this is your first visit or your hundredth, a trip to London can be overwhelming. There’s so much to do – incredible museums, fabulous theater, historic landmarks – it can be hard to get into the right mindset.

To lend a hand, we’ve assembled a list of selected reads to unlock the true spirit of London. These are also the best books to read before visiting London. So when you land, you’ll be ready to experience London at its fullest.

The best books set in London, including novels, poems and histories. The Changing of the Guard at Buckingham Palacein London.

What are the Best Books to Read Before Visiting London?

You’re on the plane to London, either for business or pleasure, and you want to get your head into the London groove.

After you’ve watched Paddington and Love Actually, binged on The Crown or perhaps viewed some vintage James Bond or The King’s Speech, you can turn your attention to these suggestions. We’ve included both classics and contemporary items, so there’s something here for every possible mood and preference. And also for every time allocation – even if you have only 10 minutes, there’s still time to read a poem.

Here’s our list of the best books for a business trip to London – or even better, what to read on the plane as you start your vacation in London.

The hardest part about compiling a list of what you need to read before a visit to London is that there are so many options. London has produced renowned writers across every century. For those who are not frequent readers of poetry, William Blake is at the top of our list for recommended reading. Blake is one of the most famous writers in London history, and is considered a forerunner of the Romantic age. The much-read poem “London” by William Blake first appeared in his collection Songs of Experience, which was published in 1789.

The best books set in London, including novels, poems and histories. The Tower Bridge in London.

The poem paints a picture of the city during the industrial age. And though it provides a rather severe image, it will transport you back to a pivotal moment in the city’s past.  For a quick history lesson, as well as exposure to one of its most prominent figures of this era, this is a great poem to read. Or to read again.

Here’s another poem about London by a William of the Romantic age – and another poem worth your time as you compile your reading list for this London trip. Wordsworth’s sonnet “Composed Upon Westminster Bridge, September 3, 1802” provides a more lush and admiring snapshot of the city.

The work presents a singular image: the view of someone standing on Westminster Bridge, looking out at the River Thames. Famous for his descriptions of nature, Wordsworth is another staple of the London literary canon whose poems will make the perfect primer for your vacation. You can read this beautiful poem on the plane ride over, and then stand on Westminster Bridge yourself to feel some of what Wordsworth himself experienced.

The best books set in London, including novels, poems and histories. Westminster Bridge in London.

3. The London Scene by Virginia Woolf

Flying ahead about a century and a half, The London Scene: Six Essays on London by Virginia Woolf is a collection of essays from another one of London’s most beloved authors. Any of Woolf’s books would be perfect to read before visiting London. But this work of nonfiction about London in the 1930’s is ideal in two ways: it exposes you to Woolf’s writing, and gives you a perspective on life in London itself.

Woolf’s writing is so gorgeous, the essays read like a blend of poetry and prose. They’re wonderfully detailed and imbued with a particular kind of magic that makes them an easy, delightful read. You can read them all at once, or one at a time. Either way, they’re sure to transport you back in time in the best possible way.

The most romantic and chic restaurants in London

Next up on our list of what you need to read before a visit to London is a series of interviews. Published in 2012, Londoners: The Days and Nights of London Now – As Told By Those Who Love it, Hate it, Live it, Left it and Long for it by Craig Taylor is a collection of interviews about everyday life in the city. It adds a strong new element to our list of what to read before visiting London: the authentic voices of the people of who live there.

The book is lengthy, but because it’s not a narrative piece, you can read it in smaller bits. It will give you an insight into how Londoners circa 2012 felt about their lives and their city. And give you a window into a perspective on the city that isn’t a tourist’s.

A brilliant and charming Englishman in New York suggested adding this to our list of the best books for a business trip to London. So you can trust that it’s the real deal. You can tuck this travel-sized edition from the Everyman’s Library Pocket Classics Series in your bag and dip in and out of it as you have time. Historian Jerry White has collected twenty-six stories to illustrate the extraordinary diversity of both London life and writing over the past four centuries, from Shakespeare’s day to the present.

The best books set in London, including novels, poems and histories.

If you have a bit more time to commit to your reading list, here’s a full-length novel from another British author who everyone should read. Prepping for a trip to London is the perfect excuse! NW by Zadie Smith is set in North West London. It offers a very different, more contemporary take on life in London.

The story revolves around four characters making their way through adulthood. Touching on race, community, romantic and familial bonds, the topics are urgent and timely. Smith is the kind of writer who can make you feel as if you are really experiencing a particular part of the world. This book will do an excellent job of enriching your experience of the city.

Where is the best luxury shopping in London?

7. The Prodigal Tongue by Lynne Murphy

The Prodigal Tongue: The Love-Hate Relationship between American and British English by Lynne Murphy is a great read, even if you’re only traveling to London in your armchair. It’s definitely one of the best books for a business trip to London (if you want to close a deal, it helps to understand what the other party is actually saying). A professor of linguistics explores the fiction and reality of the “special relationship” between British and American English. By examining the causes and symptoms of American Verbal Inferiority Complex and its flip side, British Verbal Superiority Complex, with a light tone and lots of hard data and facts, Murphy unravels the prejudices, stereotypes and insecurities that shape attitudes on both sides of the pond.

The best books set in London, including novels, poems and histories.

8. What is Brexit? by Benjamin Mueller

If you’re heading to London on business, or even to visit well-informed friends, you need to have a basic grasp of the current state of play on Brexit. Because it’s constantly evolving, we recommend reading a summary from one of the best global newspapers. What is Brexit? A Simple Guide to Why it Matters and What Happens Next from the New York Times is our pick. The piece is updated regularly, and written in comprehensible language. Brexit is understandably a very delicate subject across the pond, so we wouldn’t bring it up proactively if we were you. But if someone else does, this will help you keep up with the conversation.

The best books set in London, including novels, poems and histories. The British Museum in London.

OK, strictly speaking, this one is not something to read. But if you’re looking for another way to connect with the experiences of real Londoners, this podcast will make the perfect listening companion for your trip.  In the same vein as the Moth, for Spark London, Londoners tell real stories about their lives in five minutes or less.

If you like what you hear, you may even want to check out a live taping of the podcast while you’re in town. The best way to connect with a new city is through the people who live there, and these stories will help you do just that.

The best books set in London, including novels, poems and histories. Leadenhall Market in London.

Two Hours in London: Best Places for a Quick Visit

Last but not least on our list of what to read before visiting London, F.S. Flint was a poet of the Imagist movement from the late nineteenth century. His poem, [London, my beautiful] is addressed to London. Chock full of beautiful images, reading it will give you a goal as you arrive in the city. If you can leave feeling you have seen a London as beautiful as the one Flint describes, then you’ll know you have had a good trip.

The best books set in London, including novels, poems and histories. The Sky Garden in London.

what to read before visiting London

That’s it! Our list of what you need to read before a visit to London. What’s at the top of your plane reading list for London ?  What else should we have on our list?

Once you get to London, if you need more reading material, you’re in huge luck. If you haven’t had a chance to read up before visiting London, you can do it while you’re there. Stop by one of our favorite bookstores in the world, Hatchard’s. On the same stretch of Piccadilly, you will also love Waterstone’s. And Maison Assouline. Definitely stop by Daunt bookstore in Marylebone. And say hi to our friends at The Beaumont in Mayfair.

Dang it. Now we really want to go to London! Have a great trip.