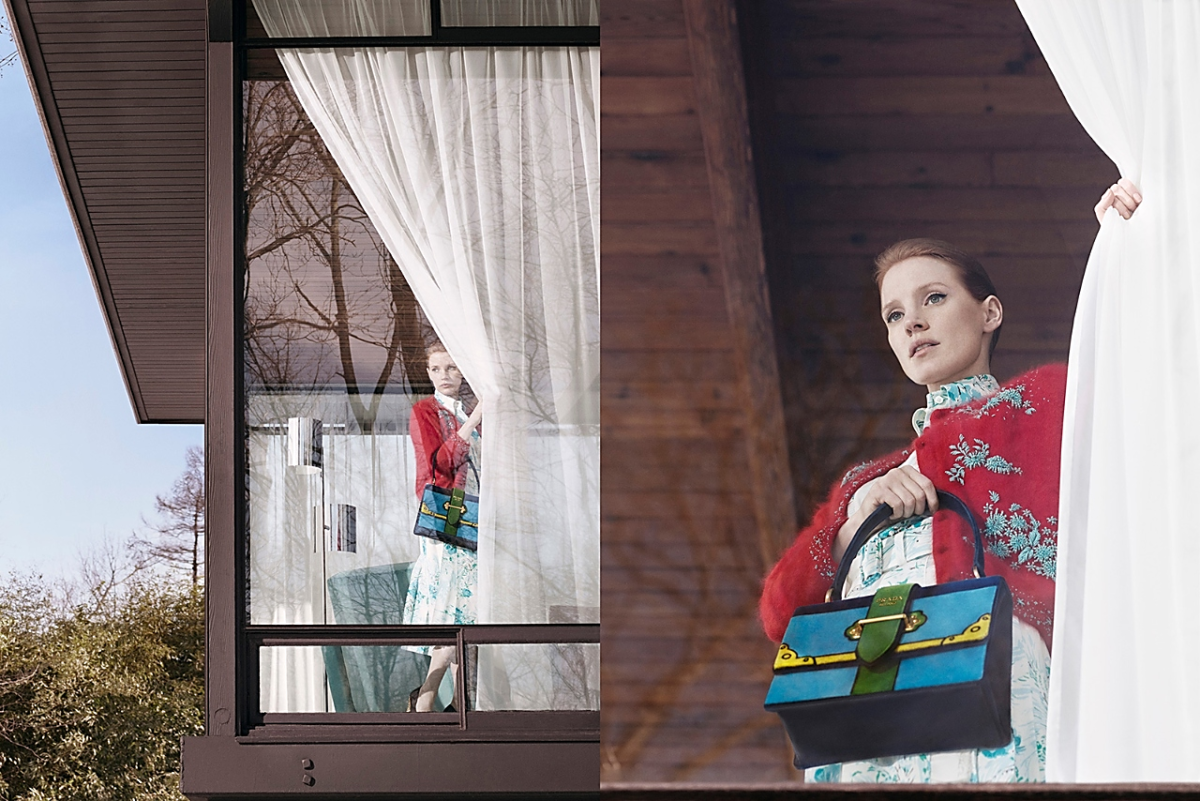 Fashion and film are a match made in heaven. Sure, the red carpet is the most visible collaboration between the two. But what some cineastes and fashion mavens may not fully appreciate is how often the two literally converge. Several times a year, global luxury fashion brands craft unique short films about their new collections. They work with notable directors and award-winning actors, and the films are often brilliant. Our correspondent Abbie Martin Greenbaum rates the most recent crop of films from luxury fashion brands. These are the best films made by luxury fashion brands in the past year.

short films made by fashion brands

Every year, the most iconic luxury fashion brands in the world produce multiple short fashion films as a part of their seasonal advertising campaigns. What you may not realize is that these films are true works of art: they are often made by famous directors, star well-known actors, and are as incredibly thoughtful and complex as any short film.

Fashion films can range from brief, aesthetically driven pieces to slightly longer films that include a narrative. Irrespective of format, the goal is to both unveil the actual items in a new collection. And more importantly, to connect those items to a larger set of ideas, symbols and other associations.

Done well, these films become a brilliant way to play in the aesthetic sandbox of today, and also to advertise a brand’s latest products.

Here at Dandelion Chandelier, we recently held a viewing party to see what the latest crop of films by luxury fashion brands had to share with us. Here are some of the best of the best fashion films produced over the past year. Watch them for yourself, and see if you agree. We think these selected short films will definitely help you see luxury – and these specific brands – in a new light.

The Best Films Made by Luxury Fashion Brands

Gucci Showtime announces the brand’s Spring Summer 19 campaign from Alessandro Michele. It’s a glittery, boisterous tribute to Hollywood films from the 1930’s and 1940’s. You will see, and hear, references to Singin’ in the Rain, An American in Paris, Gentleman Prefer Blondes, and more.

All the while, “There’s No Business Like Show Business” is sung in the background, setting the scene for this romp through history. The film is directed by Glen Luchford, who has directed many of Gucci’s past fashion films. He manages to make a film in less than two minutes that will take you back in time and show you all the best and most aesthetically pleasing parts of this bygone era. The film is wonderfully chaotic and gorgeous to look at. Your eye immediately goes to the sparkly gowns and vintage silhouettes. The piece plays with the intimate and increasingly meta relationship between fashion and film, and is the perfect set piece for Gucci’s Spring Summer 19.

2. The Future is Fluid

Also by Gucci, The Future is Fluid is a short film about gender and sexuality. It first premiered at the 2019 Sundance Film Festival. And it’s a totally different kind of short from Gucci Showtime.

Still Photo from the short film The Future is Fluid by Gucci. Photo Courtesy Gucci.

Directed by twenty-four-year-old Jade Jackman as a part of Gucci’s partnership with Chime for Change, in this seven-minute film, the fashion is secondary to the voices of the film’s subjects. And that makes it all the more powerful. From around the world, several people from ages fifteen to twenty five speak about their own personal relationships to sexuality and especially gender. They talk about the ways in which society is shifting to accommodate nuances in how we perceive those things. Clothing is brought in smartly, as a tool for presenting yourself the way you want to be seen. You would barely know Gucci was behind the film if you hadn’t been told in advance. This is a powerful and important work for the brand to stand behind and help produce.

Created for the Spring Summer 19 collection, Louis Vuitton’s fashion film Dear Louis by Tamas Sabo feels like the beginning of a Wes Anderson film. It manages to tell a fun, fanciful narrative in only a couple of minutes.

A young fashion influencer has decided to retire to a cruise ship (the film was shot aboard the QE2 while it was harbored in Dubai). She wants to express her love to one of the cabin crew, named Louis. The film is a perfect example of the way these art pieces do immense work to convey the narrative, or ambiance, that these brands hope customers associate with their clothing. At one point, Marta Pawlowska, who plays Marie, turns to the camera and says, “I don’t think any of us are normal people.” This line seems to summarize the aesthetic notions behind the campaign, and comes off as perfectly charming.

Prada’s fashion films are always worth looking out for. Major Hollywood actors like Jessica Chastain have starred in previous productions. For Prada Spring Summer 19, instead of one film, the house released five.

As with Gucci Showtime, the very meta theme of all five is cinema, with each film embodying a different Hollywood genre. Two are for menswear, and three for the women’s collection. And of course, a Prada bag is both prominently displayed and woven into each story. Director Willy Vanderperre does an excellent job of expounding upon the already cinematic nature of fashion. He has created five completely different works of art that feel authentically connected.

Saint Laurent’s fashion film Self03 was directed by Bret Easton Ellis, the author of American Psycho. The film is wordless, set to Petula Clarke’s “Windmills of Your Mind,” and has an eerie, dream-like quality.

In three and a half minutes, it conveys a narrative of a couple threatened by another man. The characters’ emotions come across clearly even without dialogue, and beautifully weave the clothing into something that is rich with emotion.

Self 03 short film for Saint Laurent

For Valentino’s Spring Summer 2019 campaign, the house uses music and setting to create a strong, spooky aesthetic that blends perfectly with the ready to wear.

Still Photo from the short film for Valentino Spring Summer 2019

Simple but effective, the CHANEL Fashion Film 2019 is also directed by Tamas Sabo. It places the Spring Summer line against the beautiful backdrop of the sea.

The models stand against the staggering cliffs, letting you look at their outfits under the sun. Here the clothes are front and center, and the film does not try to place a narrative upon them. And yet, the use of music and setting still manage to set a tone that is then interwoven with the pieces themselves, increasing their effect.

Come and join our community! For access to insider ideas and information on the world of luxury, sign up for our Dandelion Chandelier newsletter here. And see luxury in a new light.