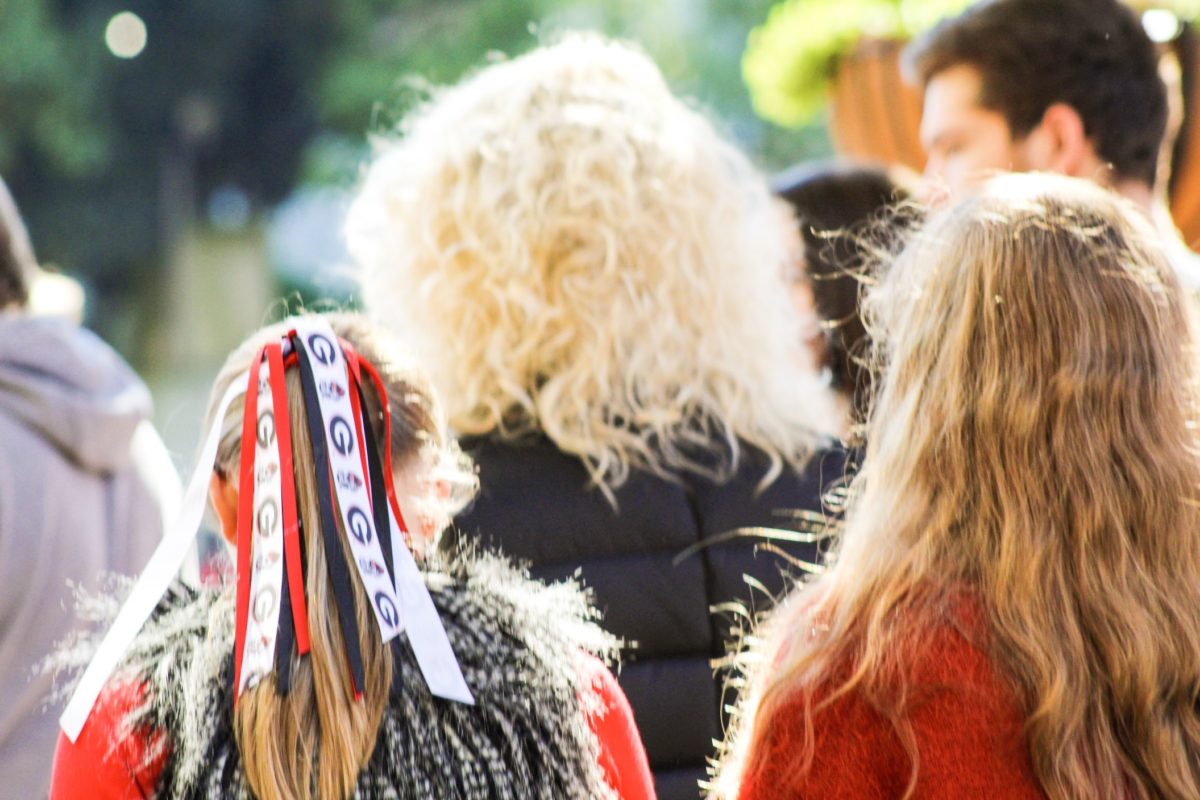 Other than prepping our sons and daughters for their first day, nothing says back to school/back to campus for us grown-ups like the start of the NCAA college football season.

Summer is winding down. My wife and I said good-bye to our 19 year old son as he departed for his sophomore year in college last week. And then we discussed our plans for Labor Day weekend.

I told her that whatever we did had to fit around the one appointment already on my calendar: watching my college alma mater, the University of Michigan, play football against Middle Tennessee State in the first game of the 2019 season on the Big Ten Network on Saturday night.

Even if your Labor Day weekend plans don’t include spending the last Saturday night of summer inside watching a football game in which one team is favored to win by 33.5 points, you will likely have conversations this weekend in which the start of the 2019 college football season will be one of the topics. Are you ready?

the best hotels in college and university towns

Even if you answered “yes,” here at Dandelion Chandelier we leave nothing to chance. Here are four “talking points” that will enable you to converse meaningfully, and possibly impress, the college football fans in your world this weekend.

what you need to know about NCAA college football 2019

There are 130 teams in the NCAA Division I Football Bowl Subdivision (FBS.) Five teams: Clemson and The Ohio State Universities, and the Universities of Alabama, Georgia, and Oklahoma, account for 75 percent of the appearances in the four-team playoff tournament that culminates with the FBS National Championship game since the NCAA established the playoff tournament in 2014.

what you need to know about NCAA college football

Both Sports Illustrated and Street and Smith’s College Football predict that Alabama, Clemson, Georgia, and Oklahoma will be the four FBS playoff teams this season, with Alabama winning the 2020 National Championship.

In this environment, perhaps the wittiest comment you can make about college football this weekend is that the NCAA should start playing the National Championship game on Ground Hog Day. Because fans, like Bill Murray’s character in the movie, wake up on the morning of the Championship game to a match-up that is completely repetitive.

The teams that already have a wealth of talent continue to gain even more. ESPN ranked the top 75 recruiting classes of high school seniors for the Class of 2019 after last February’s National Signing Day. The top two were Alabama’s and Georgia’s.

Do you want more evidence of the wealth of talent at Alabama and Clemson? Jalen Hurts, Alabama’s reserve quarterback last year, graduated this spring with one year of NCAA eligibility left and transferred to Oklahoma. Mr. Hurts will not only start for an Oklahoma team ranked in the top five in the preseason poll, he is a leading candidate to win the Heisman Trophy. He’d be the second best quarterback at Alabama.

Earn compliments from your friends who are Georgia fans by pointing out the embarrassment of riches that Georgia has had among its quarterbacks. Georgia’s starting quarterback, Jake Fromm, is so talented that two five-star quarterbacks on Georgia’s team have transferred to another school after their first seasons in Athens because they couldn’t win their competition with him.

Jacob Eason transferred to the University of Washington in 2018, and Justin Fields transferred to Ohio State (and was declared eligible to play this season by the NCAA) in 2019. Mr. Eason and Mr. Fields will start at quarterback for their new teams- both of which are ranked in the top 20 in the preseason poll-this season.

avoid the obvious when you join the conversation

To move the conversation past small talk, you must identify a team among the 125 who are not members of the FBS oligarchy who, in your humble opinion, has a chance to reach the playoff tournament.

What you need to know about college football 2019: University of Texas Longhorns football.

You could also mention one team on the way up: the University of Nebraska.

There are four Pac-12 teams in the top 25 in the preseason AP Coaches Poll. Only one of them, Stanford, is from California. USC students will not be distracted from watching the Los Angeles Dodgers in October’s World Series (you heard that here first!) by the success of their school’s football team.

Justin Fields transferred from Georgia to Ohio State after his first year, and immediately became Ohio State’s presumptive starting quarterback. That development caused Tate Martell, who had patiently waited through his first two seasons for his turn to start at Ohio State, to transfer to the University of Miami.

Sports Illustrated reports that 33% of the four and five star quarterbacks from the high school class of 2017 have already transferred after just two college seasons. If you were born before 2010, you can be forgiven for thinking “what the heck is going on here?”

what’s behind all the churn?

What accounts for all of this volatility in the college quarterback market? It appears that a combination of two factors is driving all the transferring.

First, high school quarterbacks are now arriving for their first year of college with much better developed skills than a generation ago.

Second, changes to NCAA rules about “red-shirting” and the NCAA’s willingness to declare some transfers eligible to play immediately without having to sit out for a year.

The old saying that “college football is about the name on the front of the jersey, not the name on the back” is increasingly becoming just that-old. If you attend your alma mater’s homecoming game this fall, that $5 game program with a printed roster in it might be a worthwhile investment.

Fans of the Ohio State Buckeyes cheer as they take on the Wisconsin Badgers at the Big Ten Championship Game Photo Credit: Joe Robbins/Getty Images.

Remind your friends that Super Bowl champion quarterback Russell Wilson, who transferred to the University of Wisconsin after graduating from North Carolina State University with a year of NCAA eligibility remaining and led his new team to great success, is widely viewed as the player who started the quarterback transfer trend.

When in doubt, this is always a successful conversation starter with any college football fan. College football’s most prestigious award is given annually to “the outstanding college football player whose performance best exhibits the pursuit of excellence with integrity.”

The consensus this pre-season is that the winner will emerge from this group of three quarterbacks: Alabama’s Tua Tagovailoa, Clemson’s Trevor Lawrence, and Oklahoma’s Jalen Hurts.

What you need to know about college football 2019: Trevor Lawrence, Clemson starting quarterback.

Keep an eye on Oregon’s senior quarterback, Justin Herbert, as a possible Heisman Trophy winner. If he’s as good as advertised, college football fans in the Eastern Time zone will be staying up really late some Saturday nights this fall to watch his west coast games on television.

Rondale Moore, a sophomore wide receiver at Purdue University, is one of the best players you’ve probably never heard of if you live outside of Big Ten country. Mr. Moore, a consensus All-American as a true freshman last year, finished the season with 2,215 all-purpose yards, the third highest total in the NCAA. He lit up Ohio State like the Christmas tree at Rockefeller Center last October, with an electrifying 12 catches for 170 yards and two touchdowns in Purdue’s upset victory. It’s difficult for wide receivers to win the Heisman Trophy. If you’re looking for a true “outsider” candidate this season, Mr. Moore is your guy.

What you need to know college football 2019: Rindale Moore.

At some point during the upcoming season, something will happen during a Michigan football game that will make me feel, even if it is just for a moment, like a 19 year old sophomore again.

We are nearing the end of a summer in which we’ve experienced two mass shootings in a single weekend, a day in which the Dow Jones Industrial Average fell by 600 points, and name-calling and petty behavior by our elected officials that we would never tolerate in our own children. After all of that, who among us wouldn’t want to feel like a 19 year old sophomore again, even for just a moment, sometime this fall?

College football isn’t perfect, either. At its best, however, it reminds us of the intrinsic value of all spectator sports: the opportunity to set aside our personal problems, and the world’s, for three and half hours and enjoy a game in the company of friends or alone in the comfort of our favorite chair.

That is my wish for you, Dandelion Chandelier readers, as we approach the start of the 2019 college football season. May you experience the game at its best at least once this season, and may that experience cause you to remember what it felt like to be a 19 year old sophomore. Even if only for a moment.

Vince Thomas is a Dandelion Chandelier reader and the brother of Dandelion Chandelier founder Pamela Thomas-Graham. He has loved NCAA football since November of 1969 when, at the tender age of eight, he was swept up in his home state’s euphoria following the University of Michigan’s stunning upset victory over Ohio State University. Vince earned his B.A. degree in English from the University of Michigan and his J.D. degree from the University of Wisconsin. After practicing law with a large firm for 11 years, Vince transitioned to a career in higher education. He currently serves as an Academic Dean and Dean for Continuing Education and Workforce Development at Minneapolis Community and Technical College. Vince lives in Minneapolis, Minnesota with his wife, Barbara Thomas. His favorite leisure activities are reading, running, and following the daily progress of his favorite teams: the Detroit Tigers and the University of Michigan Wolverines.