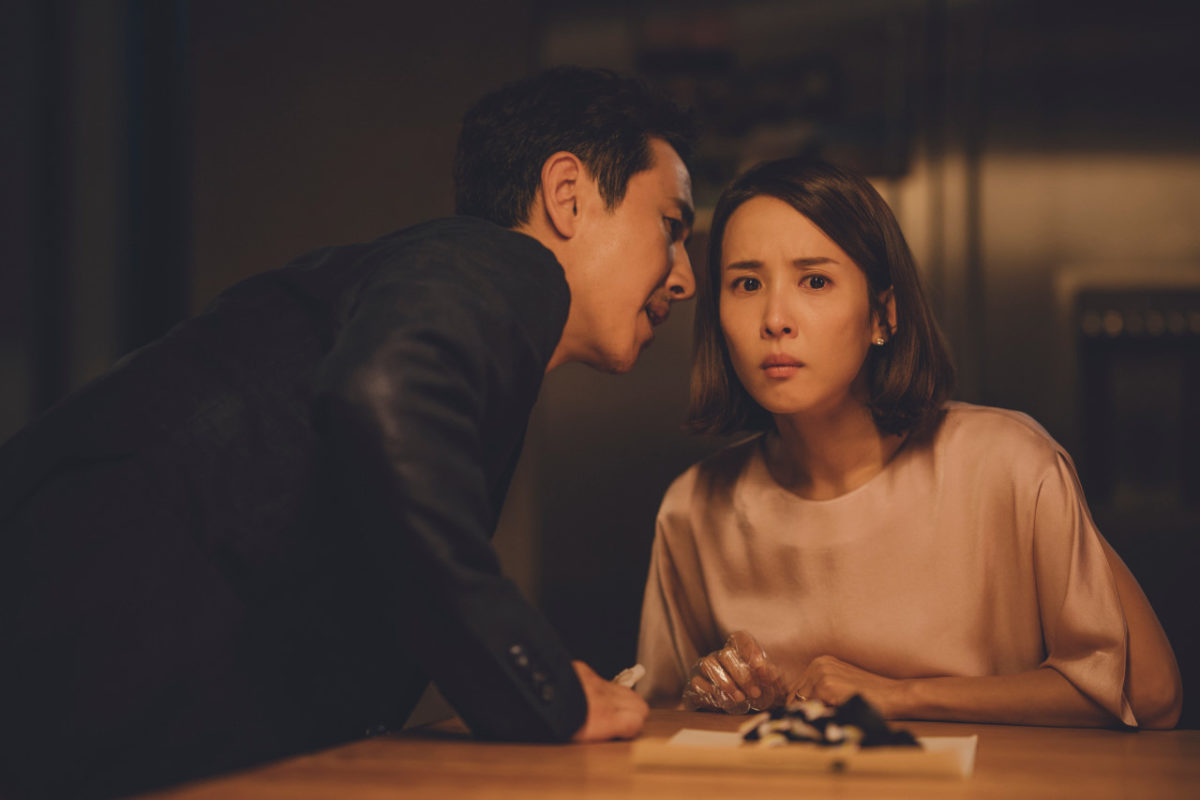 October is the start of the hottest film season

October is the beginning of the hottest film months of the year. From now until the end of the year, many of the most highly anticipated films from festival season will be finding their ways to the big screen. As will some long-awaited blockbusters.

Keep your eyes peeled for Ang Lee’s Gemini Man, starring Will Smith, Maleficent: Mistress of Evil, the sequel to the 2014 film of the same name, and Bong Joon-ho’s Parasite, which took home the Palme d’or from this year’s Cannes.

In October we also have Jojo Rabbit, the new film from Taika Waititi of Marvel fame, opening at the end of the month. Waititi’s comedy about Nazi Germany (yep, you heard that right) took home this year’s People’s Choice Award from the Toronto International Film Festival – an award that historically has gone on to predict the Academy Awards’ selection for Best Picture.

Scarlett Johansson is on screen this month in JoJo Rabbit.

As you can see, there’s a lot to watch in October. And we have five more films that will make great additions to your viewing this month. There are lovable characters, ghoulish horror movies, shocking plot twists and some very original comedy – all stories you should make space for in your schedule, even in an October that has an embarrassment of riches when it comes to cinema.

the top films you need to see in October 2019

First Love is a colorful, over-the-top action flick. The kind that lays out its parts like chess pieces, setting up the motivations of its unwieldy cast of characters. And there are lots of them. A boxer with a death sentence; a young woman paying off her father’s debt; an assassin; and a couple of crooks. You may find yourself wondering if it is really going to pay off. Well, spoiler alert – it does.

Sakurako Konishi and Masataka Kubota in the movie “First Love.”

Sit back and relax as First Love expertly weaves its threads together to craft a story that is noisy, violent, and ultimately, very satisfying. This is the kind of movie that understands how to squeeze every last drop of fun from the way its characters’ paths cross, while never losing sight of the end goal. There is a lot of plot, but no enjoyment is ever sacrificed, especially as the movie stays self aware of the pleasure in its tonal dissonance. If you’re in the mood for a roller coaster of a film, this is one ride you will be glad you took.

It is hard to say if One Cut of the Dead is satire, or simply a very meta horror film. But either way it is deliciously original.

The top best new films of October 2019: One Cut of the Dead. Courtesy Photo.

While filming a movie about a zombie attack, the cast and crew of One Cut of the Dead are assuaged by actual zombies on set – who would have thought? Except, the layers of deceit and reversal do not end there. The result is a twisty, hilarious parody of a zombie apocalypse, and of film-making too.  This is an exploration of a ‘what if’ scenario that is really a gift for its audience, and this movie does not stop pushing boundaries until the very end. Those who want a spooky-themed film with a fresh approach this Halloween will love One Cut of the Dead.

The top films and best new movies to see in October 2019: One Cut of the Dead. Courtesy Photo.

the luxury gift guide: the best for cinephiles

3. The Death of Dick Long

The Death of Dick Long is a deeply sinister comedy not for the faint of heart. It’s also one of the most risky films of all-time. Here’s the set up: three friends go out for a ‘weird’ night together after band practice. Only two survive. The third, Dick Long, is left dead outside of the hospital, as his friends flee the scene.

The rest of the of the film devotes itself to the other two men, in all of their stupidity, trying to cover up the obvious – except the obvious will not be what you are expecting. This might be the kind of experience where you are so disturbed by what is happening on screen that you are shocked each time you find yourself laughing, but that is what makes great cinema. Michael Abbott Jr. and Andre Hyland so hilariously portray the incompetence of their two characters, you will almost find yourself feeling sorry for them. Best to go into this one knowing as little possible.

The documentary Midnight Traveler is the chronicle of the Fazili family’s escape from the Taliban. After a price is put on Hassan Fazili’s head, he is forced to smuggle his family, including his wife and his two young daughters, to safety. The entirety of the movie’s footage was filmed on the family’s phone cameras during their journey to freedom.

Their escape is harrowing, as they travel through country after country, camping in forests and enduring hostilities from the local populations. But there are also many moments of sweetness. The daughters dance to songs on their iphones, make friends with the other children they meet, and visibly age and mature over the course of the movie. This is definitely a must-watch, as it brings to life the difficulty and trauma of the immigrant experience.

5. Between Two Ferns: The Movie

Do you need a break from everything that is going on in the news right now? Try the Netflix original, Between Two Ferns: The Movie, which you may have missed amidst all the other big releases this month.

Between Two Ferns: The Movie with Zach Galifianakis

You do not need to have seen the TV show to enjoy it. And don’t worry, you will enjoy it. Zach Galifianakis is hilarious as a fictionalized version of himself, road tripping across the country and interviewing celebrities after his television studio is destroyed. There are guest appearances from just about every celebrity you can think of, including Chrissy Teigen, John Legend, Matthew McConaughey, Chance the Rapper, Paul Rudd and many, many more. In a moment where so much of the art we have before us is a reflection of the darkness of the world we inhabit, this movie is a delightful resting place. It’s truly laugh-out-loud funny in a way that not all comedies are.

The top films and best new movies to see in October 2019: Between Two Ferns. Courtesy Photo.

the top films you need to see in September 2019

That’s it – our picks for the best new movies in October 2019. Enjoy! What’s at the top of your list this month?