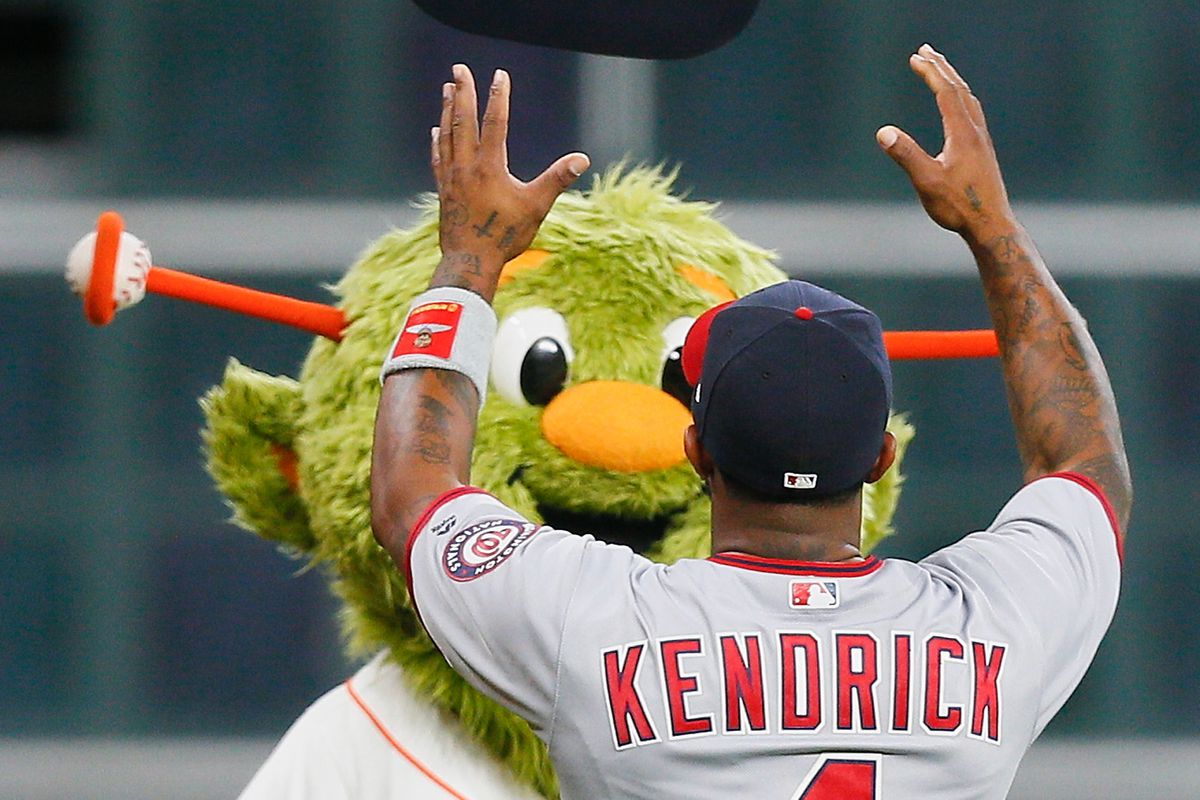 This Week in Sports Talk (TWIST) is our weekly roundup of top headlines and sports news, plus a preview of what’s up next. Heading into the week of October 20, 2019, here’s the top sports news, with a twist. Skim it, and you’ll be good to go all week.

We begin with some short takes in sports news heading into the week of October 20, 2019.

Nearly three weeks into the NHL regular season, the Colorado Avalanche have the best record in the league, at 7-0-1. The team extended their season-opening point streak to eight games with a 6-2 win against the Tampa Bay Lightning yesterday.

Conor McGregor, a star of the UFC mixed martial arts league, is being investigated for the second time in less than a year over allegations of assault. The charges were lodged after an incident in Ireland.

In a major upset yesterday, unranked Illinois defeated previously unbeaten No. 6 Wisconsin, 24-23. Heading into the game, Wisconsin was a 30.5 point favorite, and they lost in a last-minute 39-yard field goal. This was the biggest upset in college football since 1982.  Fighting Illini coach Lovie Smith, ex coach of the Chicago Bears, achieved a signature win. Afterward, fans stormed the field, like in the old days. But they did it graciously, letting the Badgers get off the field first. Nicely done, Illini.

Number 1 Alabama quarterback Tua Tagovailoa is likely to miss 1-2 weeks with a high ankle sprain that he sustained in the second quarter of yesterday’s game against Tennessee. He sat out the second half of the game, but the Crimson Tide still won, 35-13.

And in other college football news, Alabama defensive lineman Antonio Alfano, the No. 5 overall player in the Class of 2019 and top-ranked player in the Crimson Tide’s most recent recruiting class, is looking for a transfer. Head coach Nick Saban said the player “basically quit” the team.

Top Sports Headlines heading into the week of October 20, 2019

Now that we’re warmed up, here’s everything else you need to know about sports heading into the week of October 20, 2019:

The 2019 World Series is set. The NL Washington Nationals will meet the AL Houston Astros in the best-of-7 series. Game 1 is Tuesday night in DC.

The National League Champions are, for the first time, the team that calls the nation’s Capitol home. The Washington Nationals “crushed and embarrassed” the St. Louis Cardinals in the NLCS, sweeping them 4-0. They’re heading to their first World Series, behind strong starting pitchers Max Scherzer and Stephen Strasburg. NLCS MVP Howie Kendrick, 36, has finally reached his first World Series after 14th major league seasons.

The week in sports October 20, 2019: the Washington Nationals win the NLCS and are heading for the World Series for the first time in franchise history.

This is a story about resilience: the Nats came back from a 19-31 start to the season to win the National League pennant. MVP Kendrick rebounded from an injury that ended his 2018 season, and proved his capacity to overcome disappointment and deliver at key moments.

For context, today’s Nationals were originally the Montreal Expos. A team from Washington DC is heading to the World Series for the first time since 1933 (that was the Washington Senators who became the Minnesota Twins).

Long-suffering sports fans in DC have been rewarded with the Capitals taking the National Hockey League championship, and now seeing the Nats in the World Series. Sadly, their football team is pretty weak, so a trifecta looks unlikely.

Meanwhile, Bryce Harper, the superstar who spent so many years in DC with the Nationals and never won a pennant, is sitting in Philly watching from the sidelines. Fans despaired when he left the team, and now here they are. After their victory, Harper announced that he is happy for his former teammates.

Last night, the Yankees came close to forcing a Game 7 in the ALCS. But in the end, it didn’t happen. In a heart-breaking loss, the Yanks’ DJ LeMahieu hit a dramatic game-tying homer in the top of the ninth. With a 4-4 score going into the bottom of the 9th inning, Yankees closer Aroldis Chapman got two outs and one walk.  But then gave up a home run to José Altuve, which ended the game and the Yankees season with a 6-4 win for Houston.

José Altuve is the MVP for the ALCS, and Houston is on to the World Series for the second time in three years.

The week in sports October 20 2019: ALCS MVP Jose Altuve of the Houston Astros.

A disappointing finish for the Yanks

Meanwhile, the New York Yankees, the team that scored the most runs in the regular season, proved to be unable to deliver in the clutch. Throughout the series, they just couldn’t get the big hits they needed with runners on base. Of their sluggers, only DJ LeMahieu, Aaron Judge and Gleybar Torres really showed up. Almost all of the rest – Didi Gregorious, Edwin Encarnación, Aaron Hicks and Brett Gardner – had bats “as cold as ice,” as our Yanks-loving Sports Desk put it.

Aaron Judge and Jose Altuve, two MLB sluggers with very different physiques. Only one of them, however, is ALCS MVP and headed to the World Series.

Up to now, the Yankees had a remarkable season: 103 regular-season wins and their first American League East title in seven years. All this while a record number of players were on the injured list. “Sports can be a little bit cruel for the team that goes home,” Yankees Manager Aaron Boone said. Yeah. This is the first decade since 1910 that the Yanks have not played in a World Series.

In both the ALCS and NLCS, strong starting pitching proved to be decisive. Yankees General Manager Brian Cashman is undoubtedly second-guessing himself right now for not going hard for a quality starting pitcher last off-season.

It was the second time in three years that the Yankees had a disappointing loss to the Astros in the ALCS. In 2017, the Yankees lost in Game 7 to Houston, who went on to win the World Series over the Los Angeles Dodgers.

Former Chicago Cubs manager Joe Madden has signed a 3-year deal with the Los Angeles Angels. That’s the club where he started his career over 30 years ago. The Philadelphia Phillies fired manager Gabe Kapler last week after two seasons; finalists for that job are reportedly Dusty Baker, Joe Girardi, and Buck Showalter.

It’s Week 7 of the NFL season.

In Thursday Night Football, the Kansas City Chiefs ended a 2-game losing streak with a big win over the Denver Broncos, 30-6. But sadly, the victory came at the cost of an injury to current MVP Patrick Mahomes. He suffered a dislocated knee cap in the aftermath of a “quarterback sneak” play. The only good news is that the results of an MRI on Friday seem to have returned a “best case scenario” for the Chiefs. Reports are that Mahomes did not suffer “significant additional damage.” He’s likely to miss 3-4 games.

Meanwhile, Matt Moore came on as relief  QB and maintained the Chiefs’ lead. His story is a pretty remarkable one – as recently as August, he was on the field as assistant coach for his high school football team.

Big games on Sunday include a match-up of star quarterbacks as the Seattle Seahawks’ (5-1) Russell Wilson meets the Baltimore Ravens’ (4-2) Lamar Jackson. First place is on the line in the AFC South as the Houston Texans meet the Indianapolis Colts. The undefeated San Francisco 49ers (5-0) meet the Washington Redskins (1-5) in DC. And in a battle in the NFC North, the Detroit Lions (2-2-1) meet the Minnesota Vikings (4-2).

In other news from Week 6, there was controversy on Monday Night Football, as the Green Bay Packers beat the Detroit Lions, 23-22, amid a slew of controversial calls by the umpires. The following morning, an NFL executive said that a second penalty for illegal hands to the face against Detroit Lions defensive end Trey Flowers should not have been thrown. Ugh!!!!

The Tennessee Titans named Ryan Tannehill the new starting quarterback after a terrible performance from Marcus Mariota in Denver.

The Jacksonville Jaguars finally granted Jalen Ramsey’s wish and traded him to the LA Rams for 2 first and a 4th round draft picks. While the Rams seem to be all in after losing 3 straight games, some are questioning whether they gave up too much to get Ramsey (which is probably inevitable, no matter what the terms were). Watch this space for further updates.

The NBA preseason has ended, and the regular season starts Tuesday, October 22.

Heading into the week of October 20, 2019, even occasional sports fans will probably be discussing the NBA and China.

LeBron James sparked controversy this week when he decided to chime in on the NBA’s dispute with China. After the Houston Rockets General Manager Daryl Morey posted a Tweet in support of Hong Kong’s pro-democracy protesters, the Chinese government shut down broadcasts of NBA games across the country. As James has been outspoken in the past on issues of social justice, for many his comments appeared hypocritical. He’s been accused of being willing to squelch free speech in order to protect his own commercial interests.

Until this dispute, most of the public didn’t understand the magnitude of the NBA’s business in China, and the personal bottom line impact for the players if the dispute is not resolved. It is estimated that 300 million people watch NBA games in China. In addition to that, James is the producer of a new feature film, Space Jan 2. And its financial success is highly dependent on its performance in the Chinese market.

Meanwhile, in an interview, NBA Commissioner Adam Silver said that the Chinese government had asked him to fire Morey, and that he had adamantly refused. Yesterday, China Central Television, the state-run media network, reported that Silver would face “retribution” for those remarks, denying that such a request had been lodged. Stay tuned.

There are several potentially exciting story lines in the NBA this season, as there were a number of significant player moves during the off-season.

Arguably, the center of the NBA universe in the West has shifted from San Francisco to LA. The Lakers will see the super-duo of LeBron James and Anthony Davis on the court. The Clippers have Kawhi Leonard and Paul George to counter that.

The Houston Rockets are hoping that the combination of James Harden and Russell Westbrook will keep them competitive. And our Sports Desk says don’t sleep on the Portland Trail Blazers, who have Damian Lillard and C.J. McCollum on deck.

In the East, the Brooklyn Nets will be without their new teammate Kevin Durant this season. But they’ve still got new teammate Kyrie Irving. So it’s not all bad. The Milwaukee Bucks have Giannis Antetokounmpo (aka The Greek Freak), who showed up really well in the preseason.

Overall? We’re psyched to see this season get underway.

That’s it. You’re good to go with the top headlines and coming attractions heading into the week of October 20, 2019. Have a good one, and see you next week.