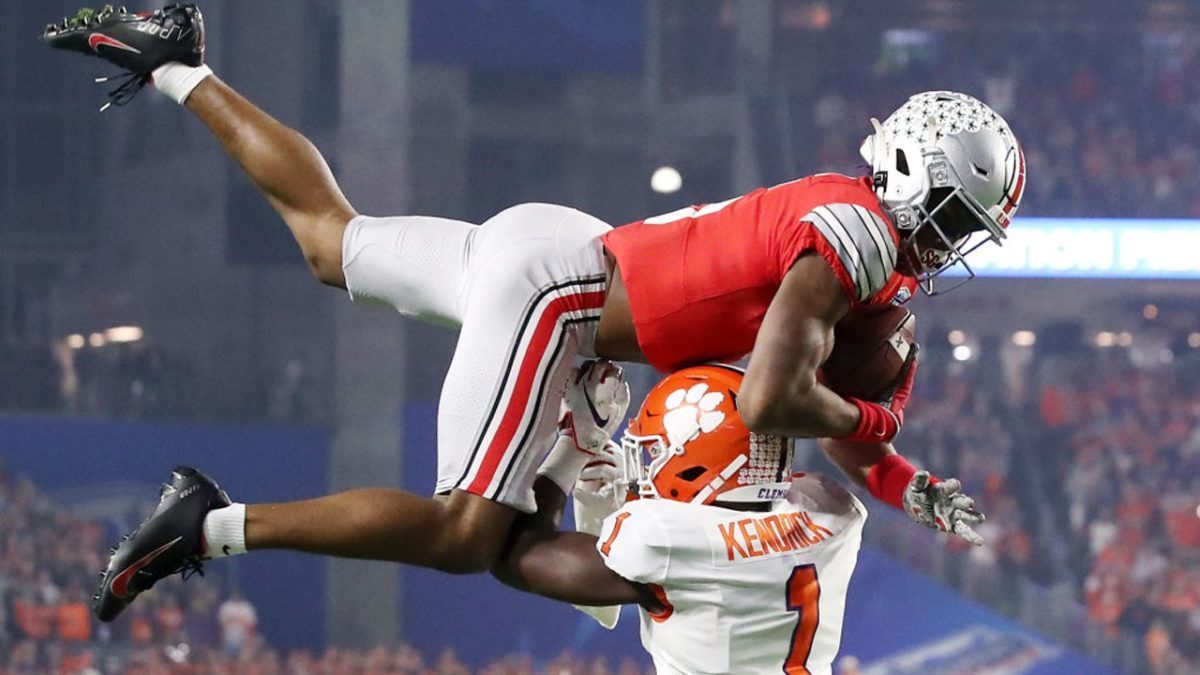 This Week in Sports Talk (TWIST) is our weekly roundup of top headlines and sports news, plus a preview of what’s up next. Heading into the week of December 29, 2019, here’s the top sports news, with a twist. Skim it, and you’ll be good to go all week.

For our last edition of the TWIST for 2019 (and the last of the decade!), we begin with some short takes in sports news heading into the week of December 29, 2019.

In the NFL, the Beast is back. Running back Marshawn Lynch re-signed with the Seattle Seahawks on Monday night. The team lost three running backs to injuries that took them out for the season in just the past three weeks. Lynch is known for his terse and yet entertaining press conferences, and the one this week was a classic. Very short, just a couple of lines, and that was it.

Lynch is known for his love of the multi-colored candy Skittles. It all started when he was a boy and his mother would give him Skittles after he scored a touchdown. “When Marshawn was 12 or 13, we’d go to his games, and I’d always have little candies in my purse,” Delisa Lynch said. “Before the game, I would say, ‘Here Marshawn, come and get your power pellets. ‘” So. Sweet.

Also of note, the player’s Beast Mode apparel has been selling at a rapid pace since the announcement. Reports are that the tees reading  “Back in Action” and “Unfinished Business” are nearly sold out. Both good mottos for the start of a new year, don’t you think?

A chaotic season so far in college basketball

As of this posting, six number-one ranked teams in the NCAA college basketball league have been dethroned this season. Sometimes described as “chaos,” this season there has been no one dominating team – or teams – this season. If this keeps up, March Madness is gonna be fun!

Also new this season, the NCAA is using a new ranking system, called the NET tool, which is a results-based algorithm. Some teams fare much better in this scheme than they do in the AP Top 25 weekly ranking. So who the number 1 team is can now be measured in at least two ways.

No. 1 LSU completely rolled over No. 4 Oklahoma yesterday in the Peach Bowl, with a final score of 63-28. LSU continues to have a perfect season – they’re currently 14-0.

Also yesterday, the Fiesta Bowl turned out to be a really exciting game. No. 3 Clemson trailed at halftime for the first time in 15 months. But the Tigers ultimately squeezed past No. 2 Ohio State on a late touchdown to advance to the College Football National Championship game, 29-23.

Top Sports Headlines heading into the week of December 29, 2019

Now that we’re warmed up, here’s everything else you need to know about sports heading into the week of December 29, 2019:

It’s Week 17 in the NFL, and most of the playoff slots have been decided. Today there are just a handful of big games we all need to know about. First, tonight the San Francisco 49’ers play the Seattle Seahawks for the NFC West Championship.

After a troubled year and series of bizarre episodes, former Pittsburgh Steeler, Oakland Raider and New England Patriot Antonio Brown is reportedly going through a tryout with the New Orleans Saints. Watch this space for further updates.

Finally, the Atlanta Falcons announced that they would be keeping their head coach Dan Quinn. The team has named Raheem Morris to be the defensive coordinator for the 2020 season

The Christmas Day games in the NBA are always intended to be a gift to the fans. And the 5 games for Christmas 2019 for the most part did not disappoint.

The LA Lakers and LeBron James faced off against the LA Clippers and Kawhi Leonard in “the battle of LA.” The Clippers won 111-106. During the game, James got kneed in the groin, which is not helpful given that he’s already recovering from a prior groin injury.

Just before the halftime buzzer in the game, the Lakers’ Anthony Davis stole a pass and took a shot, and inadvertently went flying into actor Kevin Hart, who was in the front row with his family (and wearing a Santa jacket, which seemed appropriate since Davis ended up on his lap). Hart laughed before he appeared to say “Get off me.” LeBron James got in on the act, too, making for some holiday fun.

In a Christmas miracle, on the same day, the beleaguered Golden State Warriors beat the red-hot Houston Rockets. Our Sports Desk notes that no one saw that coming.

And the Boston Celtics beat the defending world champion Toronto Raptors. All in all, it was a fine set of performances, surprises and upsets on a showcase day for the NBA.

Milwaukee Bucks star Giannis Antetokounmpo sat out Friday’s contest against the Atlanta Hawks due to back soreness.

In happier news, on the day after Christmas Luka Doncic was back playing for the Dallas Mavericks after missing four games due to an ankle injury. He had another great performance during his first game back, playing for 30 minutes and helping the Mavs defeat the San Antonio Spurs, 102-98.

Luka Doncic of the Dallas Mavericks

That’s it. You’re good to go with the top headlines and coming attractions heading into the week of December 29, 2019. From all of us here at Dandelion Chandelier, we’re wishing you a fantastic new year filled with peace and joy. And winning teams. We’ll see you in 2020!