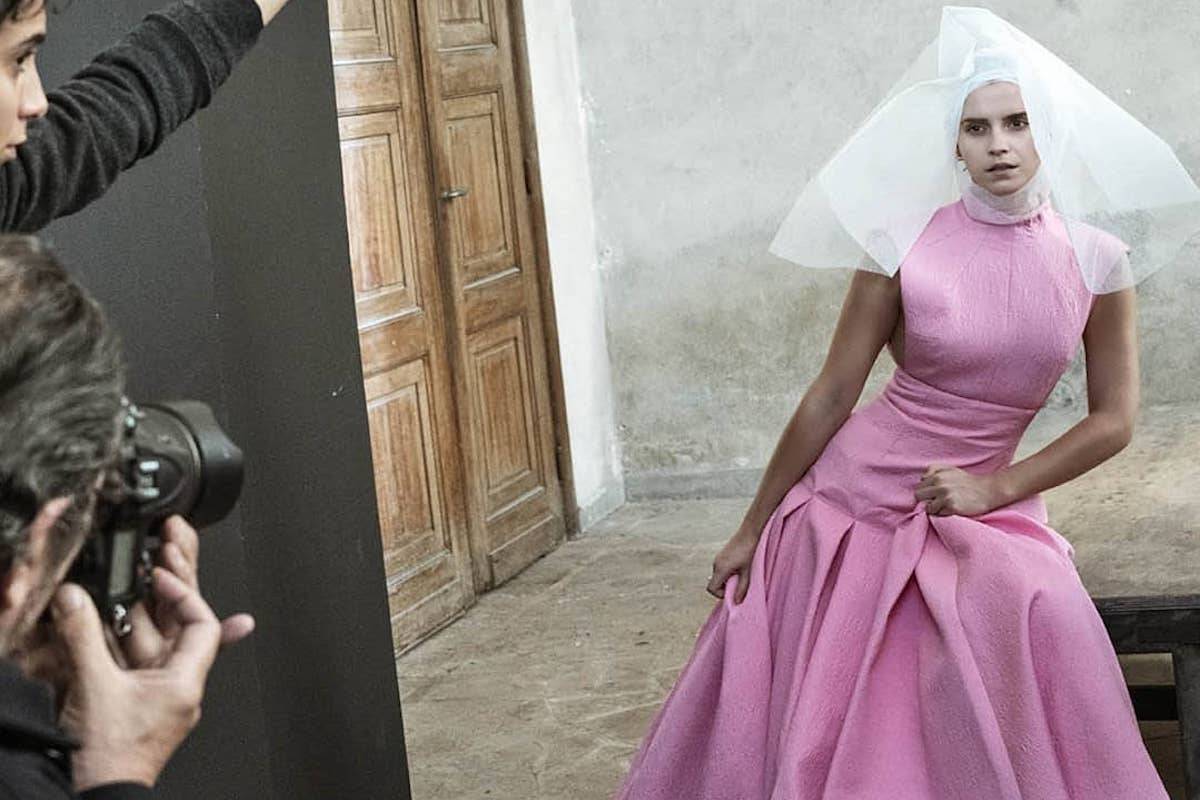 The world of luxury has many ancient secrets. One of the more interesting ones is the annual Pirelli calendar, which is sent to a select group of wealthy and influential individuals who the company has determined to be appropriate members of their List. And no one else. It’s a tale of art, fashion, money and exclusivity. What could be more luxurious than that? Our correspondent Julie Chang Murphy shares everything you need to know about the insider secret luxury of the Pirelli Calendar, including some of the most talked-about, iconic and infamous images from its history.

what is the Pirelli calendar?

Initially distributed as a pin-up calendar to be hung in the garages of auto mechanics, the Pirelli Calendar evolved from its humble beginnings to become known as the most exclusive, high-profile, and high-concept calendar in the world.

From 1964 to 2020, a total of 47 Pirelli Calendars have been produced in a span of fifty years by 37 photographers. Some of those include the biggest names in art and fashion, who were drawn to the project by the creative freedom given to them.

Clare Foy in The 2020 Pirelli Calendar.

Tavi Gevinson, photographed by Annie Leibovitz for the 2016 Pirelli Calendar.

The subjects featured in “The Cal” over the years are some of the most stunning ladies (and yes, even gents) of all time.

Behind the scenes at the Tim Walker photo shoot for the 2018 Pirelli calendar.

How did an industrial tire company’s give-away become a signifier of exclusivity and luxury? A stroke of marketing genius, of course.

the best films made by luxury fashion brands

In the 70’s, Pirelli’s PR chief launched the calendar into the luxury stratosphere by hiring famous photographers to shoot it, and giving them free reign over the images.

Kate Moss in the 2019 Pirelli Calendar.

Once the calendar had been compiled, the company began the tradition of organizing annual launch parties and sending copies to VIPs like the royal family and government officials. No longer something to be hung up on the back door of a mechanic’s garage, the Pirelli calendar morphed into a collectible work of art that the elite became proud to showcase.

how to get a glimpse of a Pirelli calendar

To this day, you still can’t purchase a Pirelli calendar through typical retail channels. They are only available to 60,000 of Pirelli’s most important clients, and to influencers in the media, fashion and entertainment industries.

For those who haven’t seen one in person and really want to, Taschen has published a retrospective of the last 50 years of the iconic “Cal.” The volume includes previously unreleased images from various photo shoots.

Otherwise, you can try eBay to obtain the calendar year of your choice. The cost can run anywhere from $100 to a few thousand dollars.

the most talked-about images from the Pirelli calendars

Of course, in the age of the internet, nothing is all that secret anymore. Here is a look back at some of the most memorable, most provocative and most inspired editions of the Pirelli calendar.

This edition, photographed by Harri Peccinotti, was heavily inspired by the hippie romanticism of the time. Rejecting formal poses, models are captured in natural and spontaneous shots in sun-washed settings.

What to know about the secret Pirelli calendar: the 1968 edition. Courtesy Photos.

If it looks like visual poetry, it’s because Peccinotti was especially inspired by the poetry of Elizabeth Barrett Browning, Allen Ginsberg and Ronsard.

Sarah Moon, an ex-model herself, became the first woman photographer entrusted to shoot the Cal. Shot in The Villa Les Tilleuls in Paris, the images are impressionistic and haunting.

What to know about the secret Pirelli calendar: The 1972 edition. Courtesy Photos.

The structure of this calendar, with each month separated by a sheet with the pictures, initiated a new style and also a new business. Opportunists bought up black-market calendars, framed each shot and charged £100 per picture.

Between the years of 1975-1983, production of the Calendar was suspended due to the world recession. But in 1984, Uwe Ommer went back to the company’s roots: tires.

What to know about the secret Pirelli calendar: The 1984 edition. Courtesy Photos.

Models are juxtaposed alongside tread patterns of Pirelli’s P6 tire on beautiful Bahama beaches. One infamous image featured painted tread marks on the backsides of the models. We note it here as an important point of reference when considering the evolution of the Calendar.

This groundbreaking year featured only black models– including one of the true supermodels, Naomi Campbell, at the start of her career.

Iconic images from the history of The Pirelli Calendar: the 1987 edition. Courtesy Photos.

Though it was photographed in Bath, England, the costuming and set conjure African tribes and plains. The gaze is heavily othering to our contemporary sensibilities but it’s an important Calendar in the collection.

Photographed by the legendary Herb Ritts on Paradise Island in the Bahamas, the Calendar is entitled “In Praise of Women.”

Iconic images from the history of The Pirelli Calendar: The 1994 edition. Courtesy Photos.

It features some of the most stunning supermodels of the 90’s: Cindy Crawford, Helena Christensen, Kate Moss and Karen Alexander.

What happens when women start rising into the ranks of VIP clientele who might be on Pirelli’s exclusive corporate gifting list? Well, for one, they might not appreciate a Calendar full of topless women!

Iconic images from the history of The Pirelli Calendar: The 1998 edition. Courtesy Photos.

For the first time in the Calendar’s history, this year traded beaches for Shanghai. Patrick Demarchelier shot a mingled cast of East and West.

Iconic images from the history of The Pirelli Calendar: The 2008 edition. Courtesy Photos.

Shot in black and white by fashion legend, Karl Lagerfeld, this Calendar’s theme centers around Lagerfeld’s passion for classical Greek and Roman culture.

Iconic images from the history of The Pirelli Calendar: The 2011 edition. Courtesy Photos.

Titled “Mythology” it features both male and female models in statuesque form and composition.

Annie Leibovitz’s Calendar signaled a changing of the guard. As the New York Times wrote, “This is the first time the attraction of the subjects is in their résumés, not their measurements.”

Iconic images from the history of The Pirelli Calendar: The 2016 edition. Courtesy Photos.

Featuring mostly clothed luminaries like Serena Williams, Ava DuVernay, Yoko Ono, Kathleen Kennedy and Patti Smith, it might be the most provocative yet.

One of our all-time favorite fashion photographers, Tim Walker photographed the 45th Calendar and it features an all-black cast, this time revisiting the classic story of Alice’s Adventures in Wonderland. Walker says, “As a photographer I couldn’t tell Alice the way it’s been done before,” and “another responsibility as a photographer is you’re always in tune with what feels right, now.”

Iconic images from the history of The Pirelli Calendar: Backstage at the 2018 Cal Shoot by Tim Walker

As such, not only does he include black fashion models but also activists and entertainers unafraid to use their political voice like Whoopi Goldberg, Lupita Nyong’o, Jaha Dukureh and RuPaul.

This year’s “Romeo and Juliet” edition (sans Romeo) features a diverse cast of up-and-coming actresses, as well as established actresses like Kristen Stewart and Emma Watson.

Iconic images from the history of The Pirelli Calendar: the 2020 edition. Courtesy Photos.

The theme is tapping into the “Juliet that exists in every woman.” The portraits shot by Paolo Rovers are a work of art- painterly and romantic, they show the women as subjects rather than objects.

what’s next for the Pirelli calendar?

As you can see, the inside luxury secret Pirelli Calendar has come a long way toward modernity. It may even be ready now for the entire world to see. What do you think?