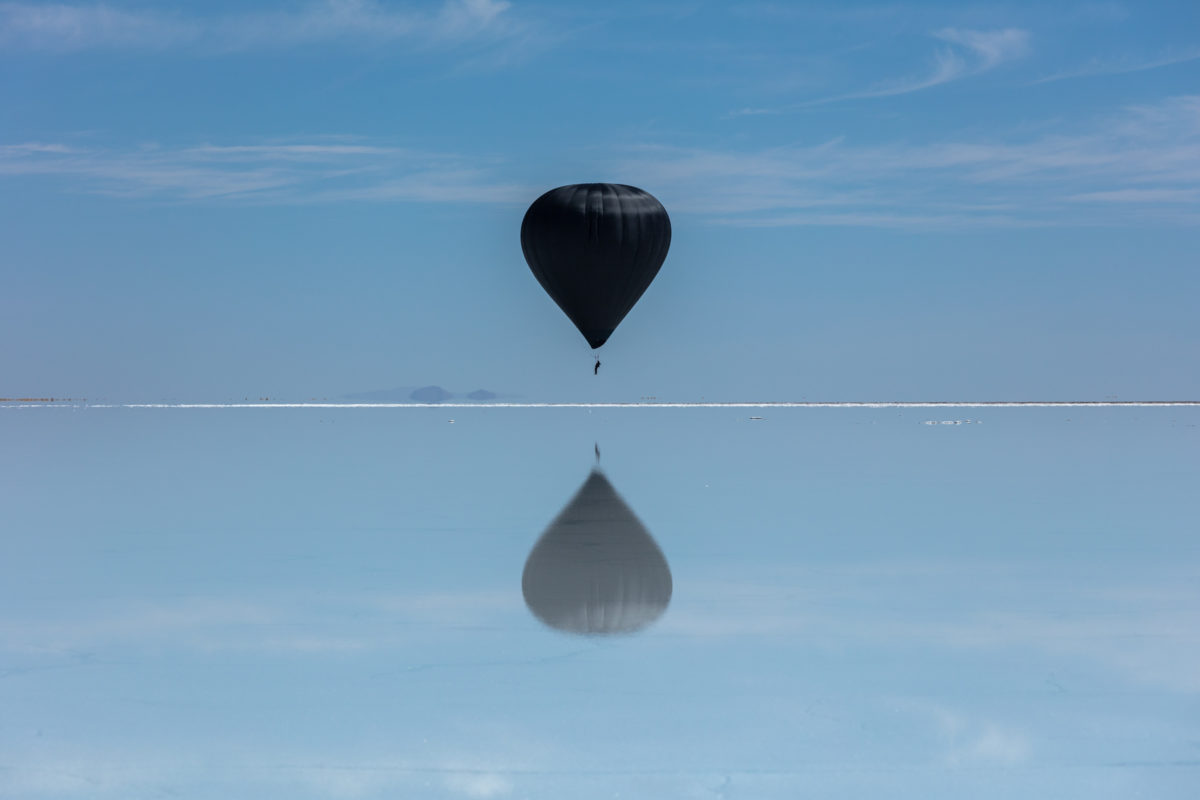 Musicians and artists are natural allies, and every now and then something truly brilliant occurs when the two meet. A happy collision of that type is unfolding right now in 5 cities – and it has already resulted in some new world records. South Korean K-pop band BTS has provided funding for a global public art project – called CONNECT, BTS – on a truly impressive scale. Have a look at what the seven-member band is doing to bring something new and beautiful into the world.

For those who need a primer, BTS is a seven-member “boy band” from South Korea. They’re topped the charts with songs including Blood Sweat & Tears, Fire, Idol and DNA. Their album Map of the Soul: Persona was the first-ever Korean language album to reach number one in the UK.

what is the CONNECT, BTS art project?

CONNECT, BTS is a major public art commission –  22 artists are creating new work in New York, Berlin, Buenos Aires, and Seoul. Artists involved in the commissions include Antony Gormley, Ann Veronica Janssens, and Tomás Saraceno. Many of them are conducting new experiments in art and technology.

an enchanted electric rainforest at the new MoMA

The project is under the overall artistic direction of curator Daehyung Lee. Each project will also be extensively documented online, including introductory videos to the works recorded by BTS. The group describes its role as “Secret Docents.”All of the exhibits are free and open to the public.

So what did this effort yield? Have a look.

One of the works in the CONNECT BTS art project: Jakob Kudsk Steensen, Catharsis (2019-2020). Photo Courtesy the artist.

The outdoor installation is on the grounds of the Serpentine Galleries’ Zaha Hadid-designed extension, set against the backdrop of Kensington Gardens. The work’s virtual ecosystem and synchronized audio include images and sounds gathered from several North American forests. They’ve been melded into a single continuous shot that moves from the watery underground roots to high atop the forest canopy.

one of the works in the CONNECT BTS art project: Jakob Kudsk Steensen, Catharsis (2019-2020). Photo Courtesy of the artist.

The Berlin element of this global art project was a series of performance works by more than 17 international artists.

One of the works in the CONNECT BTS art project: Rituals of Care, Gropius Bau, Berlin. Courtesy Photo.

Called Rituals of Care, works of experimental choreography and healing ceremonies took place in a variety of “sonic environments.”

The aim was to “explore the necessary conditions for coming together and tending to environments, to physical and spiritual worlds and to other beings.”

photo journey to best of the Tate Modern, London

Artist Sir Antony Gormley has created a “drawing in space” in Brooklyn Bridge Park Pier 3. It’s been constructed using 11 miles of aluminum tubing that loops around and turns in on itself, with no evident beginning or ending.

One of the works in the BTS public art project: Sir Antony Gormley New York Clearing in Brooklyn. Courtesy Photo.

New York Clearing is almost 50 feet tall and “counters the grid of modernism and the city” with its swooping, fluid form. A sort of living sculpture, the artist refers to the piece as a “drawing in space,”

Argentinian artist Tomás Saraceno broke six world records when his fully solar-powered hot air balloon successfully took flight over a salt lake in Argentina a couple of weeks ago. Merging art, science and environmental activism, this may be the most extraordinary of the works in the CONNECT, BTS portfolio.

The project was christened Aerocene Pacha, after Saraceno’s Aerocene Foundation and the Andean concept of the cosmos, pacha. Which links what lies beneath the earth’s surface to the furthest reaches of the universe.

In solidarity with the indigenous communities of Argentina’s great salt lake, Salinas Grandes, Saraceno set out to achieve a new world record by send a human being floating into the sky without fossil fuels, solar panels, batteries, or helium – instead, powered only by “the sun and air we breathe.”

what you need to know about Freize L.A.

On January 28, 2020 the official debut of Saraceno’s flying sculpture over the Salinas Grandes salt lake was live-streamed to some 26,000 viewers. Its pilot was lifted to a height of 577 feet and flew for 37 minutes, traversing some 1.59 miles.

The journey set world records with the World Air Sports Federation for altitude, distance, and duration of a hot air balloon flight powered without propane. (The three records counted twice, once in the general category and once in the “female” category, because the pilot, Leticia Marques, is a woman.)

An additional aim of this effort?  Addressing the 33 indigenous communities in the region surrounding the Salinas Grandes and calling attention to their plight. The rush to mine lithium for eco-friendly batteries is polluting their drinking water. Saraceno’s balloon was marked with the phrase “water and life are worth more than lithium” in Spanish.

One of the works in the BTS public art project.

Saraceno has produced a series of films chronicling each stage of the journey, which will be screened at Centro Cultural Kirchner in Buenos Aires from January 31 – March 22, 2020.

The artists’ home country is of course a part of this global happening. Two different installations will grace the Dongdaemun Design Plaza for several weeks,

One of the works in the BTS public art project

feeling the weight of Richard Serra’s Equal at the MoMA

what to make of CONNECT, BTS?

The cynics among us will say that is an elaborate public relations stunt meant to fuel more sales of the group’s music. And it is true that BTS dropped a new single coming on January 17th, and will be releasing a new album –  Map of the Soul: 7 – this month.

We choose to take a different view, though. There are lots of ways to get public notice, and many of them are a lot less appealing than this (looking at you, Kim Kardashian West). Does everyone who sees these works for free have to know who funded them? And even if they do, does it really matter?

At the end of the day, the world is experiencing more beauty, and more engagement, and more connectedness. We’ll take as much of that as we can. So good on you, BTS! Thanks for the view.