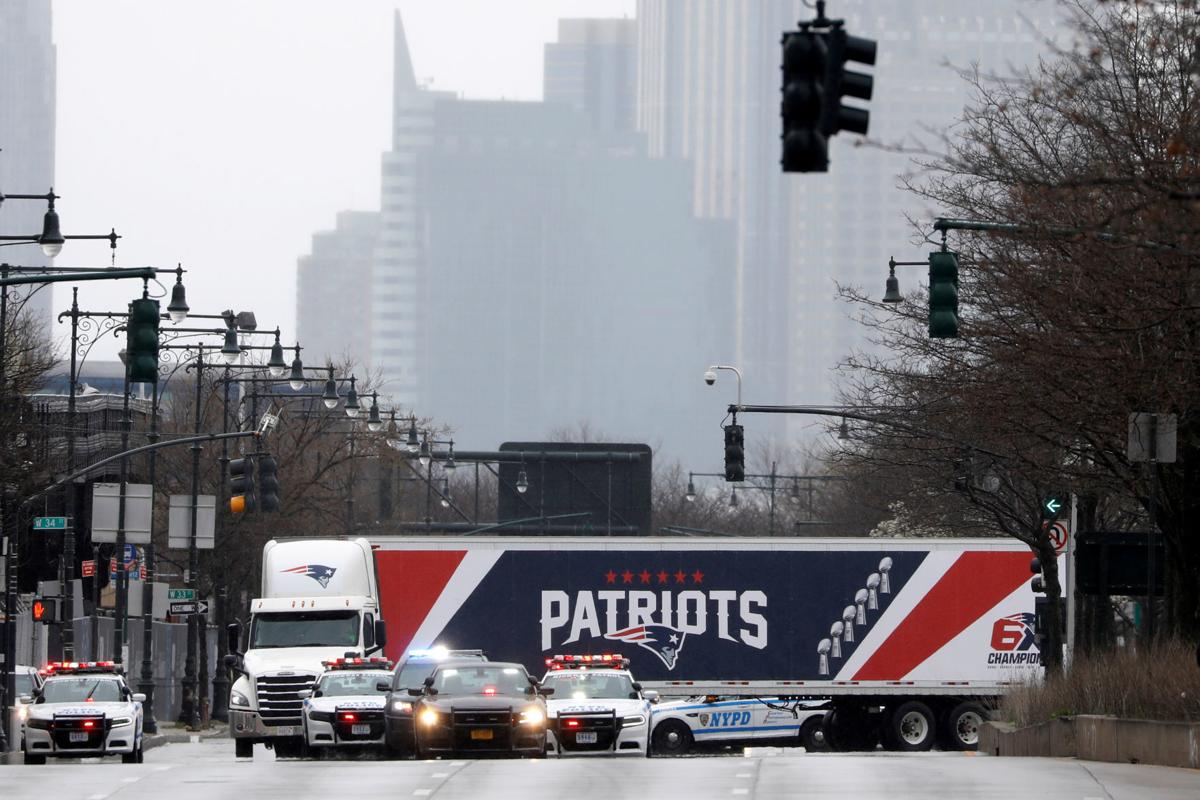 This Week in Sports Talk (TWIST) is our weekly roundup of top headlines and sports news, plus a preview of what’s up next. Heading into the week of April 5, 2020, here’s the top sports news, with a twist. Skim it, and you’ll be good to go all week.

We begin with some short takes in sports news heading into the week of April 5, 2020.

new date for the Tokyo Olympics

The IOC has set a new date for the Olympics: the plan is for an Opening Ceremony on July 23, 2021 in Tokyo.

The iconic tennis tournament Wimbledon has been canceled for first time since 1945. It was originally set to be held at the All England Club from June 29 to July 12, 2020. Attention immediately focused on the two most successful players at Wimbledon, Roger Federer and Serena Williams, both finalists in 2019. Both 38 years old, their fans are keen to see them have a opportunity to win another Wimbledon.

The French Open was slated to be held in late May and has been pushed back until September 20, 2020 at Roland Garros. As of this posting, professional tennis is not expected to resume before July 13.

The 2020 British Open Championship, scheduled for July 16-19, 2020 at Royal St. George’s in England, has been cancelled for the first time since World World II. The three golf majors preceding the British have been postponed, rather than canceled.

Golf’s governing bodies are close to unveiling a new schedule that would see at least three major championships — including the Masters in November — and the Ryder Cup still going forward later this year.

some sports are actually still on this weekend!

Even in the midst of this drought, though, some sports are still on, dear reader. Starting with WrestleMania 36! The event was held last night and round two is this evening. It’s being held without an audience at the WWE Performance Center in Orlando and other locations. Former Patriots tight end Rob Gronkowski is the host.

In related news, Gronk was confirmed to be the White Tiger on the FOX show The Masked Singer. Gronkowski performed Good Vibrations by the Beach Boys and Vanilla Ice’s classic Ice Ice Baby in previous weeks. He finished his run on the show in style, belting out a rendition of I’m Too Sexy. Mic. Dropped.

The other event for sports fans this weekend? The “Players Only” NBA 2K tournament on ESPN2. Sixteen NBA players are competing in the televised tournament that started Friday. The video game showdown will last for a 10-day period. The Friday night headline is that top seed Kevin Durant lost in a first-round upset to Derrick Jones Jr. The most entertaining part of the experience so far has been the cross-talk between the players.

College sports governing body the NCAA has extended eligibility next year for seniors who had their seasons cut short (or not even start) for spring sports due to COVID-19. The Ivy League, on the other hand, has announced that it will not comply with this policy (is anyone surprised by this?).

Athletes who play NCAA spring sports whose seasons were truncated by the coronavirus outbreak will be eligible for another season.

Among the sports included: baseball, softball, outdoor track and field, lacrosse, tennis, golf, rowing, men’s volleyball, beach volleyball and women’s water polo. Sadly for many, basketball is not on the list, despite the cancellation of this year’s March Madness.

even for athletes, WFH + kids at home = tough situation

You think working from home with young kids at home is a walk in the park for anyone? Nope. This week it was reported that Texas Rangers pitcher James Jones tripped on his son’s toy at home. And, as a result, he will miss the entire 2020 season with a torn patellar tendon. 14-year NBA veteran Kendrick Perkins’ kids accumulated $16,000 worth of Fortnite charges on his credit card before he noticed. We feel you, brothers. We’re all in this together.

The Rangers’ James Jones is out for the season after being injured at home by his son’s toy.

how you can help

There are myriad ways to aid in the fight against the coronavirus. For example, sports fans can go to the Athletes Relief website, here, and donate $25 minimum to their item of choice, like a signed jersey from Steph Curry. There are also items from Simone Biles, Rory McIllroy, and Rob Gronkowski, among many others. The contribution automatically enters the donor into a raffle for that item at the end of the program, which will go through May 1. All proceeds go to the CDC’s COVID-19 Response Fund. As of this posting, the site has raised over $150,000.

Top Sports Headlines heading into the week of April 5, 2020

Now that we’re warmed up, here’s everything else you need to know about sports heading into the week of April 5, 2020:

Team owner Robert Kraft sent the New England Patriots team jet to Shanghai to pick up 1.2 million N95 masks, which are the medical-grade masks desperately needed by first responders. The shipment was allocated as follows: 900,000 for Boston and 300,000 to New York City. Despite the fierce Boston-New York rivalries across every pro sport, Kraft says he has a soft spot in his heart for the Big Apple. Kraft has also set up a drive-through COVID testing site for first responders at Gillette Stadium, home to the Patriots.

NFL team owners voted on Tuesday to expand the playoffs by one team in each conference for a total of 14 next season.The NFL will wait at least until 2021 to increase its regular season from 16 to 17 games.

As of this posting, the NFL continues to plan for the 2020 season to begin as originally scheduled. The Draft is still a go for April 23, 2020, even though criticism is mounting about going forward with it in the midst of the COVID-19 crisis.

We know you’re eager for a Tom Brady update, dear reader, and our Sports Desk has kindly provided this tidbit: TB12 will be a guest on SiriusXM’s The Howard Stern Show this week.

Tom Brady is the guest on The Howard Stern Show this week,

In a Tweet promoting the interview with the controversial radio host, Brady even went as far as to say he’s ready to “let loose.” Our Sports Desk notes that it’s nearly impossible to imagine Brady doing that as a Patriot. It’s a new day, and this is the new Warm Weather Tom. Game on.

“It is clear that the NBA is angling to set up a deal that enables them to shut the season down,” ESPN insider Brian Windhorst said Friday on SportsCenter.  Late June/early July had been viewed as the best-case scenario for the start date for the NBA playoffs. But the logistics of training and holding a post-season are daunting, and sentiment has soured about the feasibility of such a plan.

Boston Celtics guard Marcus Smart confirmed he’s one of at least four NBA players who will donate blood for an experimental treatment that could ultimately help high-risk patients combat the virus. Smart confirmed he’s been cleared of the virus and will participate in the National COVID-19 Convalescent Plasma Project. That. Is. Awesome.

Marcus Smart of the Boston Celtics is participating in a study to fight COVID-19.

The late Kobe Bryant was posthumously inducted into the Basketball Hall of Fame this weekend.

The eight players named, including Tim Duncan and Kevin Garnett in addition to Bryant, will be formally inducted on August 29, 2020 in Springfield, Massachusetts.

Major League Baseball is considering starting its season in Florida and Arizona with no fans present, according to a report from Ken Rosenthal of The Athletic.

The MLB season is currently suspended indefinitely due to the ongoing coronavirus crisis and the league has acknowledged no games will be played until at least mid-May.

This week marks an epic anniversary in Major League Baseball. On April 8, 1974, Hank Aaron of the Atlanta Braves hit his 715th career home run, breaking the record set by Babe Ruth in 1935.

why should I learn how to talk about sports?

We close with rumors of a Tiger Woods-Phil Mickelson rematch duel that would raise money for charity during this pandemic. The first one-on-one showdown between the two came around Thanksgiving 2018.

Phil Mickelson and Tiger Woods are working on a rematch for charity.

This match-up would reportedly bring an interesting twist: It would also feature a couple of celebrity golfers teaming up with Phil and Tiger, Pro-Am style. The two names that have been floated already? Tom Brady and Peyton Manning.

We would actually pay real cash money to see that.

That’s it. You’re good to go with the top headlines and coming attractions heading into the week of April 5, 2020. Stay safe and healthy, dear reader. See you next week.