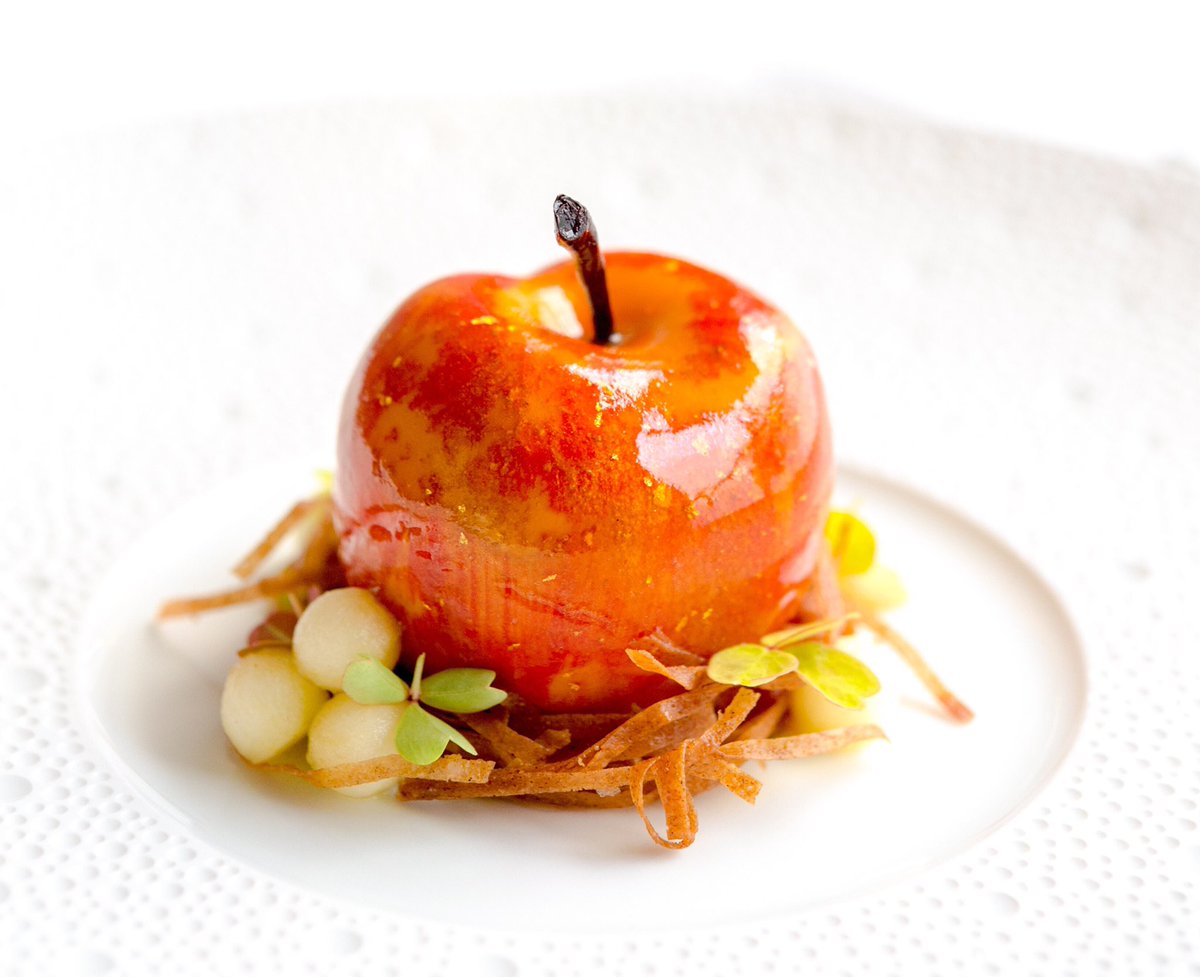 Sometimes the best part of an elegant restaurant meal is the grand finale: the dessert. And not just because of the taste (although of course, there’s that). A brilliant pastry chef is an artist, and the best desserts are a treat for all of our senses. With that in mind, our correspondent Abbie Martin Greenbaum has curated a list of the best restaurants with the most beautiful and delicious restaurant desserts created by famous pastry chefs in New York City right now. Forks in the air!

the best restaurant Desserts can be true works of art

Good food may taste good, but great food is a feast for all five senses: smooth to the touch and sweet-smelling, with a melodic crunching sound, and of course, as stunning to look at as a work of art. After all, many pastry chefs are true artisitc geniuses, wielding edible tools in the same way a painter might wield a brush. And where better to find these legendary confections than in the most delectable city in the world – New York?

Here are ten of the most beautiful – and most delicious – desserts in New York City.

There is something extra special about foods that defy our expectations by looking like something they’re not. While this dessert from Le Bernardin may appear to be a juicy apple, you’ll have to guess again.

It’s brown butter mousse, stuffed with brandy-soaked apple pieces, and then hand-painted so it looks exactly like it’s a shiny McIntosh. Each apple is also dipped in a cider glaze, so that it has some of the taste of an actual bite of the fruit, while being something totally different. And, let’s face it, even more decadent and delicious.

From the beloved French restaurant Frenchette in TriBeCa comes a delightful take on a French classic: the millefeuille.

These layers of sweet, flaky pastry are sandwiched with delicious cream, and served with a honey semifredo and Satsuma granite. The moment you have a taste, you will find yourself feeling as if you are in the middle of Paris.

Get comfort baking with one of these beautiful cookbooks

If you’re in the mood for an iconic New York dessert, try the salted caramel sundae from ABC Kitchen. It’s a dessert that has been written about for years, with many people trying recreate the award-winning dish in their own kitchens. And of course, it is one of the most visually pleasing sundaes we’ve ever seen.

Decked out with hot fudge and caramelized popcorn, with peanuts sprinkled over the top, this dessert is like if childhood became an adult and suddenly grew into a glamorous companion for you to eat at every mealtime.

Hit Me Chocolate Cake at Catch is the dessert chocolate fanatics have been dreaming of. But even the vanilla lovers among you may find yourselves curious about its imperative name.

One of the best places to go for a beautiful dessert in NY: Catch. Courtesy Photo.

Before you dive in, you should know that the way to properly eat this cake is to smash it with your spoon, breaking the four layers – Klondike bar, cake, ice cream and brownie – so that they become one of the most decadent a la mode creations of all time.

People will wait in long lines every day of the week for this favorite in fine dining, Thai restaurant Uncle Boons. And the cherry (or in this case, coconut) on top of an amazing meal is their legendary coconut ice cream sundae.

It is made with coconut gelato and crispy, sweet flakes of coconut fruit, decorated with candied peanuts, and finished with a coconut wafer wedged in its side. You will never look at an ice cream sundae the same way again.

The Restaurant Food Tech Trends You Need to Know Now

British standby Queensyard at Hudson Yards opened just over a year ago, and has been making people happy ever since. And for dessert they offer a so-called Chocolate Slate – a literal block of chocolate that will make your mouth water.

Flavored with garnishes of hazelnut, orange, licorice and parsnip, you’ll struggle to find a more inventive chocolate dessert anywhere in the city.

The popular restaurant Empellon Midtown has a reputation for their gorgeous and unexpected desserts. And perhaps for their “avocado” most of all. As you may have gathered, the dessert sitting on the plate is not an avocado at all. It’s a mixture of avocado and lime puree, painted to look like the fruit. Its taste is more akin to key lime pie than your run-of-the-mill avocado toast. And the bed of ‘rice’ is made of eucalyptus yogurt and lime.

This sour surprise is the kind of dessert you will want to send your friends to try after you eat it, and they will be glad you gave them the advice.

Michelin-starred Korean restaurant Atomix is home to an out-of this-world ten course tasting menu from Chef Park. And it concludes with one of the best desserts in all of New York City.

The best restaurants for the most delicious desserts in New York City: Atomix. Courtesy Photo.

This Nurungji rice pudding is flavored with honey, and accompanied with rice ice cream, making it the perfect conclusion to a perfect meal. Nurungji is the word for the crispy rice at the bottom of a bowl of bibimbap. This dish presents itself as the best kind of coda.

The most romantic luxury restaurants in the world

The best restaurants for the most delicious desserts in New York City: Crown Shy. Courtesy Photo.

Basically, it’s a giant glove of ice cream made from the fruit Satsuma, cloaked with a cap of toasted marshmallow, and served with crunchy bites of honeycomb. The effect is something that is at once as tangy as it is floral and sweet. The most complicated and best-looking creamsicle you have ever had.

We saved the most visually-astounding dessert for last. L’Atelier de Joël Robuchon is well-known for their desserts, which look more akin to precious works of art than anything else.

This invention, called The Coffee Bell, may look like a mushroom in a wintry forest.  It really is a scrumptious dessert filled with caramel mousse, and a crumble of cashews and chocolate. Bid the season of winter a fond farewell by taking a bite of this mocha-flavored masterpiece. Just don’t forget to take a picture before you have your first bite.

The Most Beautiful Desserts in New York City Right Now

Those are our picks for the best desserts in all of New York City right now. Enjoy, and don’t forget to savor every last bite!