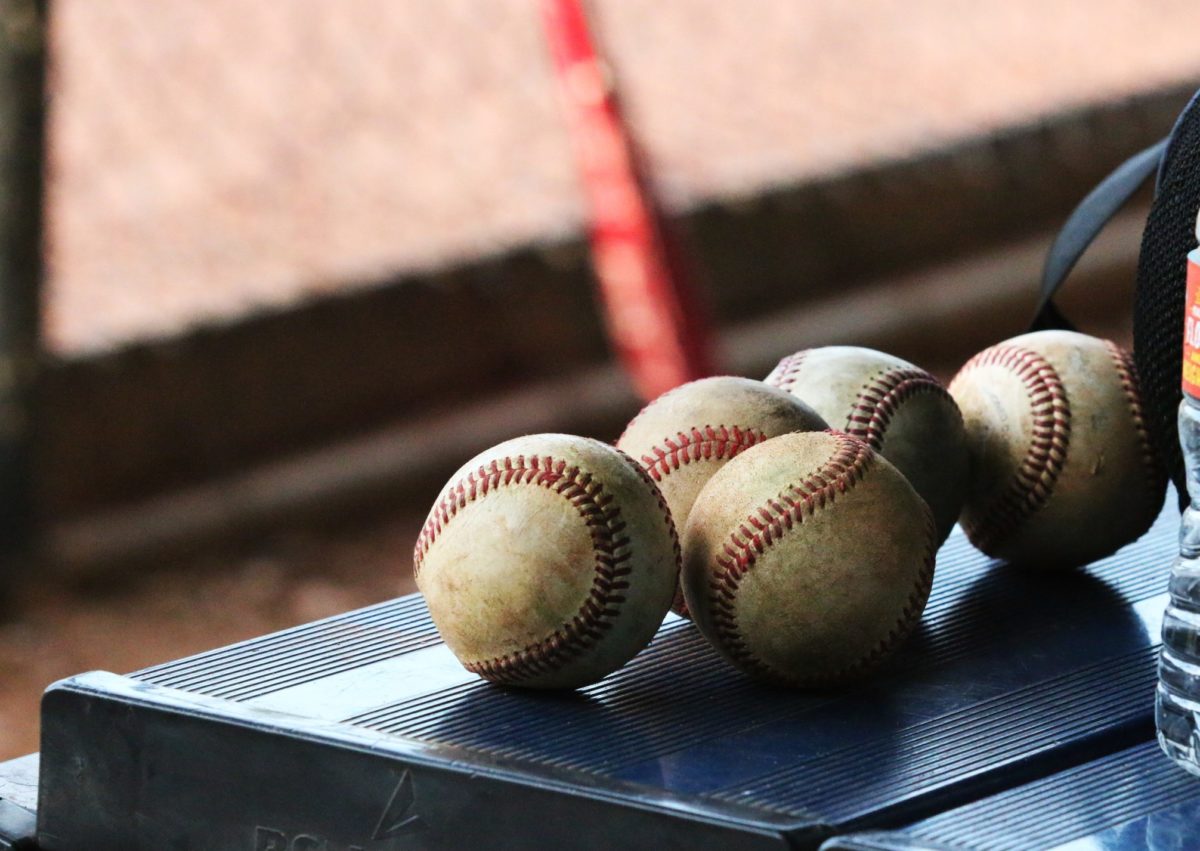 Are you among the many millions of fans who are missing the usual daily dose of sports coverage? With the NFL, NBA, MLB, NHL, golf, tennis and more all on pause at the moment, and the Olympics moved back a year, there’s not a whole lot to do for sports fans to engage in right now. One suggestion: how about a book?  If you’re wondering what to read while waiting for sports to start up again, our ace correspondent Abbie Martin Greenbaum has curated a list of the best books about sports and outstanding athlete biographies and memiors, to read right now.

what’s a fan to do in a world without sports?

It’s strange living in a world without live sports. We are so used to watching games, rooting for our teams, talking trash about other people’s teams, and looking forward to spectacular events (like the Summer Olympics), that even those of us who aren’t diehard fans are feeling the loss of something that we had all previously taken for granted.

But have no fear. While we wait for the seasons of our favorite sports to resume, we finally have the time to learn more about them, enriching our future experiences when they do start up again.

And we can also read up on some of the iconic athletes of our time – and draw inspiration from their stories of triumph over advertsity and disappointment. Because who couldn’t use a dose of encouragement right now?

Here are twelve of our favorite nonfiction books about sports and athletes, all of which will help to keep your favorite pastimes in your life until everything returns to normal. They’re what to read while waiting for sports to start up again: some of the best books about a wide variety of sports, plus outstanding athlete biographies and memoirs.

The Best Books about Sports and Athletes to Read Right Now

Blood Sweat & Chalk: How the Great Coaches Built Today’s Game by Tim Layden. If you’ve ever been curious about the meaning behind some of football’s most obscure play names, or who designed them, or how they work, this excellent and comprehensive volume is here to break them down for you.

Filled with diagrams, as well as interviews with the coaches and players behind football’s biggest moves, there are few accounts of the game that are as well laid-out and easy to understand as this one. After you read this, watching a game of football will be more interesting and complex than ever before.

What are the Best New Books about Baseball?

The MVP Machine: How Baseball’s New Nonconformists Are Using Data to Build Better Players by Ben Lindbergh and Travis Sawchick. You may have read Moneyball, which was once considered the biggest book about baseball – but the game has changed, and this book will show you how.

It’s all there in the title: data and technology have become sports’ most vital secret weapon, and Sawchick and Lindbergh are here to explain what that means. If you want the most updated version of how the game is played – really played – this is a must-read.

The Heritage: Black Athletes, a Divided America, and the Politics of Patriotism by Howard Bryant.  Journalist Howard Bryant’s incredible book breaks down the ways in which, for black athletes, sports are not, and have never been, an apolitical arena.

He discusses iconic players, such as Muhammad Ali and Jackie Robinson, includes interviews with contemporary heroes like Colin Kaepernick and Charles Barkley, and unpacks the way in which a world fraught with systemic racism requires athleticism and activism to go hand-in-hand.

Loose Balls: The Short, Wild Life of the American Basketball Association by Terry Pluto. There was a period of time where alongside the NBA, there was the ABA – that’s right, the American Basketball Association. This well-loved oral history incorporates the words of coaches, owners and players, bringing you up to speed on the ABA’s notorious decade of existence, and how it changed the game forever.

You need to see these amazing sports championship rings

Knowing the Score: What Sports Can Teach Us About Philosophy (And What Philosophy Can Teach Us About Sports) by David Papineau. This incredible collection of essays from David Papineau is going to be your new obsession. Papineau compares two things that are not often talked about in conversation with each other, and demonstrates the ways in which one can teach us more about the other. If you’ve ever found yourself wondering about the moral roots of these games that we all find so fascinating, Papineau has answers for you here.

Inverting the Pyramid: The History of Soccer Tactics by Jonathan Wilson. This book is for anyone who loves to argue about why a team might make one particular play over another. In his engaging work, Jonathan Wilson dives deeper into the details than you may have thought possible, demystifying the soccer tactics that make the game so famous, and even tracing them all the way back to their beginnings.

Tor! The Story of German Football by Uli Hesse. A perfect companion to Inverting the Pyramid, Hesse’s book tells the story of the internationally formidable German soccer league, which was not started until the 1960’s. It has since gone on to dominate the world. He weaves together sports and history, detailing the way in which the game rose to popularity after much scorn during World War II.

Who are the best-dressed NBA players right now?

Dust Bowl Girls: The Inspiring Story of the Team That Barnstormed Its Way to Basketball Glory by Lydia Reeder. This might just be one of the most compelling sports books you ever read – even though it’s about a team you may never have heard of before. Reeder tells the tale of the 1930’s women’s basketball team. It made its way to the national championships against all odds. The story is so interesting it almost feels like fiction. The women at its center are indeed characters of history.

When Pride Still Mattered: A Life of Vince Lombardi by David Maraniss. Though it was written in 1999, this biography of Vince Lombardi – football’s most legendary coach – is still considered one of the greatest and most informative sports biographies of all time. If you want to understand a little bit more about how football came to be seen as the quintessential American practice that it is today, this book is a must-read.

Courage to Soar: A Body in Motion, a Life in Balance by Simone Biles and Michelle Burford. There could easily be a separate list devoted only to the best sports autobiographies, but we have included a few of our favorites here. Many will know Simone Biles as the Olympian wonder who broke gymnastics records. She became an iconic athlete at a young age. Here she tells her own story, going all the way back to the beginning of her interest in the sport.

Why should I learn how to talk about sports?

Open: An Autobiography by Andre Agassi and J.R. Moehringer. Agassi’s well-known autobiography reads more like an intimate memoir than anything else. He delves into the most personal details of his childhood, his adolescence, his love of the game, and his relationships. This will offer you the most up-close-and-personal picture of the tennis world that you ever could have imagined. It will leave you feeling closer to the player than ever before.

Life in Motion: An Unlikely Ballerina by Misty Copeland and Charisse Jones. Misty Copeland’s much-acclaimed autobiography tells the full story of how she became the first black ballerina to dance with the American Ballet Theater. Then, she went on to become one of the most famous dancers in all of American history. Her journey is captivating enough to appeal even to those who aren’t as immersed in the world of ballet. Her memoir should be read by all.

King of the World: Muhammad Ali and the Rise of an American Hero by David Remnick focuses on the Clay-becomes-Ali era of the early Sixties.

Levels of the Game by John McPhee. This is an account of the 1968 US Open semi-final between Arthur Ashe and Clark Graebner that is about so much more than tennis. The book is really a profile of both men and their place in American society at the time. Ashe is black, a Democrat, bookish, skinny; Graebner is exactly the opposite.

Five Seasons by Roger Angell. This beloved volume by the ace sportswriter for The New Yorker covers the Major League Baseball seasons of 1972 through 1976. They’ve been described as the “most significant half decade in the history of the game.” Think Hank Aaron, Lou Brock, and Nolan Ryan, among others. The era had one of the best World Series of all time (1975), including arguably the greatest World Series game ever played (Game Six). While you wait around for the 2020 season to begin, this is a great way to pass some time.

Thats it! Our picks for some of the best books about sports to read during this time of social distancing. What’s at the top of your list?