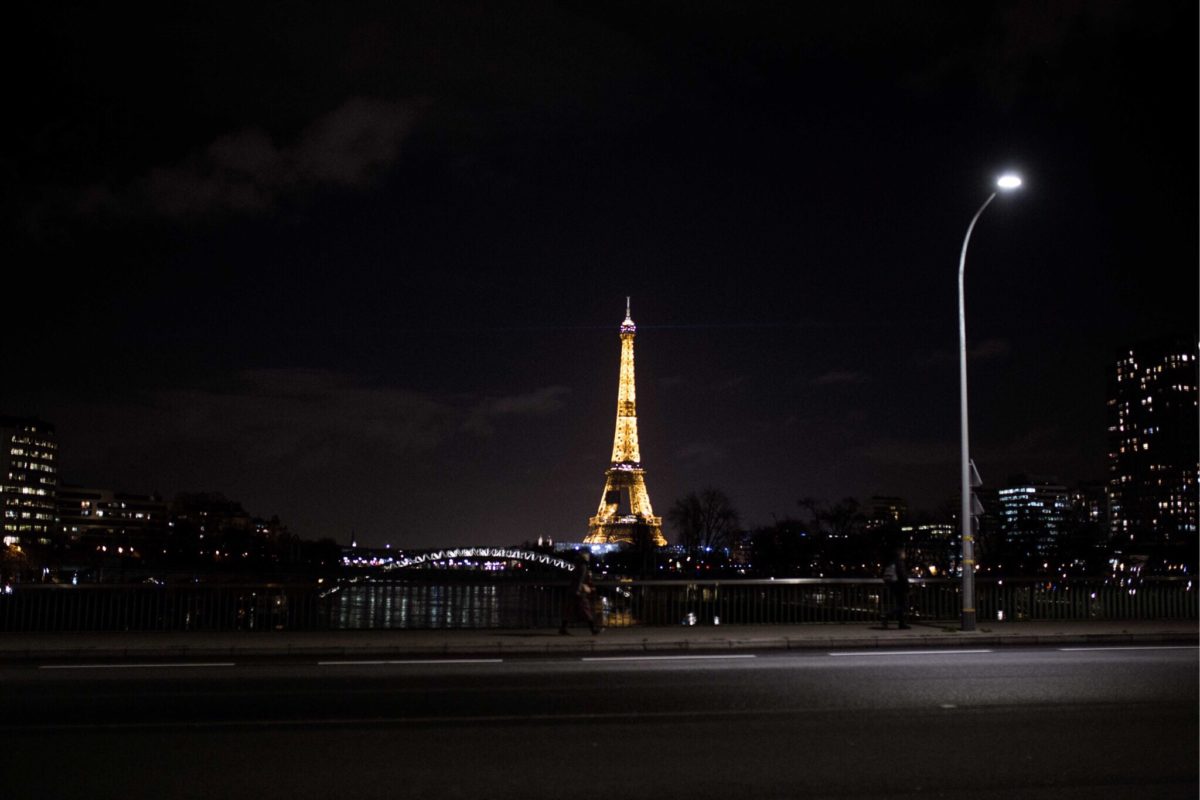 Dreaming of a visit to the City of Light? Maybe for the first time. Maybe for the hundredth time. Either way, you can get into a Paris state of mind by reading some iconic works before you go. So what are the best books and poems to read before visiting Paris? Our correspondent Abbie Martin Greenberg has compiled a list of the best books set in or written about Paris, including novels, poems, histories, essays, memoirs and shopping guides.

What to Read Before Visiting Paris?

With all due respect to New York and London, Paris has to be the most mythologized city in the world. No other place has earned the titles “City of Light” or “City of Love.” And no other place is home to the same array of unforgettable art, cuisine, and style.

It’s a city that has infinite stories to tell, so saturated in legend it can be hard to pull apart the threads of fact from the folklore and fiction.

If you find yourself missing Paris, or if your wanderlust is pushing you toward this sparkling city, we’ve got you. Here are our recommended reads of books about Paris. We’ve included a wide range of works, including histories, essays, memoirs, novels and poems – everything you need to prepare for a journey there. Even if it’s only from your armchair.

The best books set in or written about Paris, including novels, poems, histories, essays, memoirs and shopping guides.

The Best Books to Read Before Visiting Paris

A Place in the World Called Paris, edited by Steven Barclay. So many of the most notable works of literature are set in Paris. The city’s very essence seems to lend itself to superb writing. But if you don’t have time to reread every single book you ever read in high school English class, this beautifully compiled anthology is here to fill in the gaps. Read excerpts from Maya Angelou, Franz Kafka, Truman Capote, E.B. White, and so many others, all of them set in the City of Light. If you only have time to read one book before your visit, make it this one. Even if you only open it on the plane as you take off for your Parisian adventure.

The Luxury insider’s guide to the best cafes in Paris

Giovanni’s Room by James Baldwin. If you want to read a novel before your next trip to Paris, and you only have time for one, make it this one. Set in the 1950’s, an American in Paris finds himself falling for a bartender, Giovanni, in spite of his engagement to a woman. Baldwin’s incredible prose infuses this story about love and identity with a kind of desperation unmatched by other writers. This quintessential classic is always worth a reread, but there’s no better time than before your next trip to Paris.

The best books and poems to read before visiting Paris. Courtesy Photos.

The Paris Style Guide: Shop, Eat, Sleep by Elodie Rambaud. Besides food, the other thing we all think of when we think of Paris is, of course, fashion. While many guidebooks will give you the obvious tourist destinations, this travel manual from Elodie Rambaud is here to supply you with insider tips on all the chic places that are actually worth a visit. She includes the coolest boutiques, recommendations for cafes and for hotels, and even provides “shopping maps” that show you the best routes to hit all the best stores at once. If you want a book that guides you through the fashion haute monde of Paris, stow this one in your suitcase.

The Most Romantic and Chic Restaurants in Paris

Walk Through Lost Paris: A Journey into the Heart of Historic Paris by Leonard Pitt. This is a fantastic, unconventional history book that would make an equally excellent read from the comfort of your home as it would from the streets of Paris. Full of visual guides, maps and photographs, the author takes the reader on four different written walking tours through Paris, detailing the ways in which the city was rebuilt during the mid-1800’s. For anyone who is unfamiliar with the city’s architectural history, this is a fantastic book to get you up to speed.

The French Way: Aspects of Behavior, Attitudes and Customs of the French by Ross Steele. If you’re thinking about a trip to Paris, you might want to learn something about the people who live there. In the second edition of his famous book, Steele gives readers an etiquette lesson in French manners and French social norms. It is interesting in its own right, and certainly makes a great preparatory course before any visit.

The best books and poems to read before visiting Paris. Courtesy Photos.

The Little Paris Bookshop by Nina George. Of course, Paris is also the setting of so many of the most delightful contemporary novels. In this lovely book set in a floating bookstore on the Seine, Monsieur Perdu gives books to his customers based on what he thinks they are missing in their lives. And yet, he must leave his charming life behind when a letter from a lost love sends him in search of finding his own happiness once and for all. This book reads with the sweetness of a scrumptious French pastry, and is the perfect afternoon snack if you’re missing Paris.

The Elegance of the Hedgehog by Muriel Barbery, translated by Alison Anderson. In an elegant hôtel particulier in Paris, Renée, the concierge, is all but invisible―short, plump, middle-aged. But Renée has a secret: she furtively, ferociously devours art, philosophy, music, and Japanese culture. Paloma is a twelve-year-old who lives on the fifth floor – she’s also a wildly talented and unappreciated person. After a wealthy Japanese man named Ozu arrives in their building, the two begin to recognize each other as kindred souls. And magic begins to unfold in this quiet corner of Paris.

Rendezvous Eighteenth by Jake Lamar. Paris lends itself as a beautiful backdrop not only to romance, but also to a delicious mystery. This is the first in a series of excellent whodunits called American Mysteries in Paris. This one centers on an African-American expat piano player in Montmartre, whose life begins to unravel when he finds a woman dead in his apartment. This is an excellent thriller, and having the electric energy of the City of Lights crackling on every page makes it all the more fun.

the best books and poems to read before visiting Paris

All the Ways We Said Goodbye by Beatriz Williams, Karen White and Lauren Willig. This epic saga spans more than fifty years, telling the story of three women whose fates all lead them to the legendary Ritz hotel in Paris. This is a family story, but woven together with three significant periods of French history. It will sweep you away, and teach you a little bit about Paris across the twentieth century.

Inside Tips on the Best Luxury Autumn Vacation in Paris

Poems of Paris edited by Emily Fragos. Paris already feels like a poem. Something about walking the light-filled streets feels like an inherent match for the DNA of poetry as an art form. And so of course, many of literature’s most unforgettable poems feature the city as their main idea. This collection from Emily Fragos compiles the best of them, from over four centuries, including the words of so many familiar voices. The book is small enough to fit in your pocket, making it the best travel companion of all-time.

Paris to the Moon by Adam Gopnick. The author, a longtime New Yorker writer, took an assignment for the magazine’s Paris bureau just after he and his wife had their first child. So while he pursues the pleasures of walks in the Tuileries, philosophical discussions at the bistro, he is also discovering life as new father. The dual processes of navigating a foreign city and becoming a parent are not completely dissimilar journeys—this is a delightful mediation on both.

the best books and poems to read before visiting Paris

The Hunchback of Notre Dame by Victor Hugo. This is the iconic and powerfully melodramatic story of Quasimodo, the deformed hunchback who lives in the bell tower of medieval Paris’s most famous cathedral. He is tormented by almost everyone – but then someone steps forward to help. The beautiful gypsy Esmeralda, whose single act of kindness fills Quasimodo with love. Can the hunchback save the lovely gypsy from Frollo’s evil plan, or will they all perish in the shadows of Notre Dame? After you read it, the poignant views of the damaged Cathedral may have even deeper resonance. And you must go to the Place de Vosges and tour Hugo’s house. It’s wonderful.

When Paris Sizzled: The 1920s Paris of Hemingway, Chanel, Cocteau, Cole Porter, Josephine Baker, and Their Friends by Mary McAuliffe. This fascinating history portrays the City of Light post-war and filled with the giant creative personalities that are now household names. During the fabulous 1920’s, les Années folles, Parisians emerged from the horrors of war to find a new world—one that reverberated with the hard metallic clang of the assembly line, the roar of automobiles, and the beat of jazz.

Paris versus New York: A Tally of Two Cities by Vahram Muratyan is the perfect French confection upon which to end this list. It’s a comic and lovely pocket-sized book featuring visually striking graphics paired with witty, thought-provoking taglines that celebrate the special details of each city. Paris versus New York is a wonderful homage and a Valentine for everyone who dreams of big-city romance.

That’s it – our suggestions for what to read before visiting Paris.