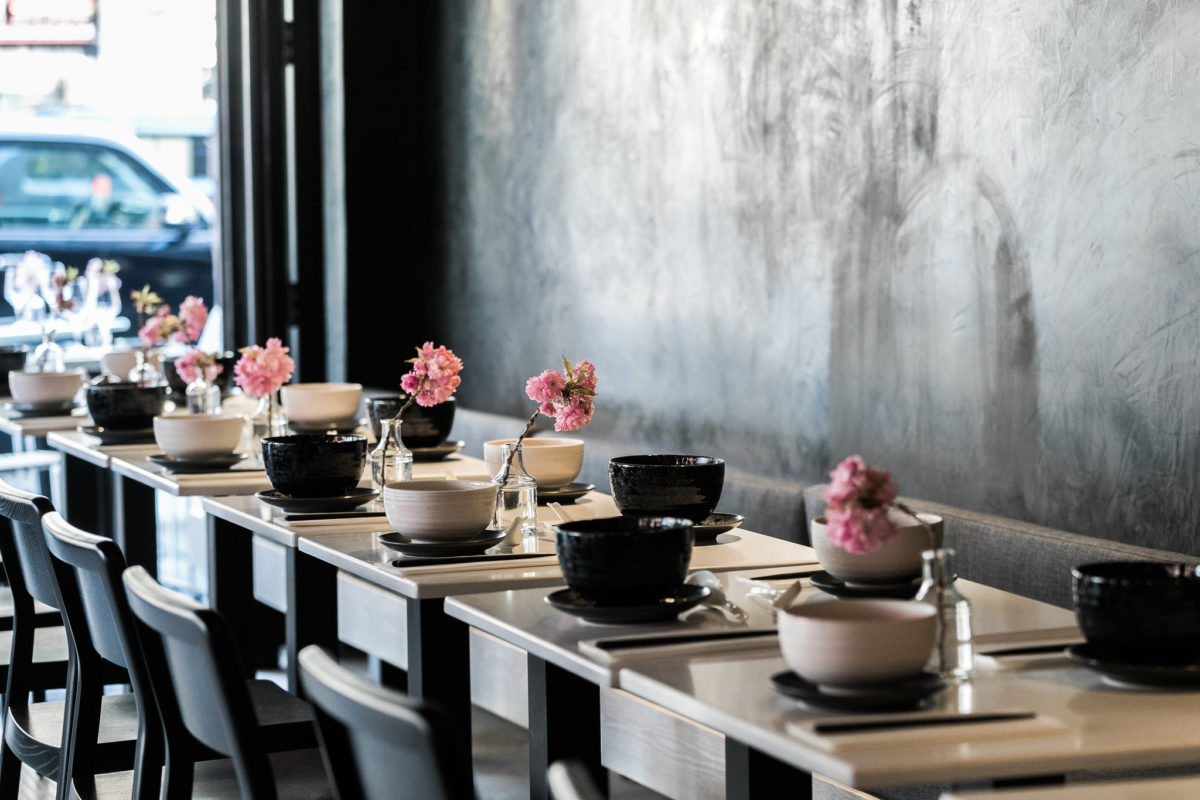 What are the top new restaurants, chef moves and other news from the world of fine dining, food and drink in May 2020? Our Food Editor Nicole Douillet has the top 5 headlines in fine dining this month.

May headlines from the world of food and drink

1. signs of life in New York

After two months of restaurants and bars being closed in New York City, we’re starting to see a few welcome signs of life. Many restaurants that were closed for 4-6 weeks have started opening for takeout and delivery a few nights a week.

And despite what you might think, we’ve even seen some new restaurants opening in the city. For example, Eater reports that the new East Village tropical-inspired cocktail bar Pineapple Club has opened for takeout and delivery. The bar will have a takeout window open for local pick-up, with fried jerk chicken, chocolate chip cookies, and eight types of bottled cocktails available.

It’s been refreshing to see the gates of these local joints open again and the lights on inside. Unfortunately, though, this hasn’t been for the case for every restaurant.

David Chang recently announced the closing of his new hotspot, Nishi. And he will be moving Momofuku Ssäm Bar from the East Village location in a merger with Bar Wayō in Manhattan’s South Street Seaport. Chang is also closing his DC outpost, CCDC. It’s a particularly poignant move, given that it was his hometown project.

In an interview recently, Daniel Humm questioned whether he would ever reopen Eleven Madison Park. And if he did, whether he would continue with the three-Michelin star concept that has won him so many accolades.

Gabrielle Hamilton wrote a heart-wrenching piece for the New York Times Magazine in which she wondered aloud about whether her East Village gem, Prune, is still relevant after a successful 20-year run.

I’m sure this is true across the country and probably the globe. I hope Humm and Hamilton find ways to make their next projects work. Their food, while vastly different, hits the same crave-worthy notes.

As for the restaurants that have been opening their kitchens lately, it’s a guessing game whether they can afford the overhead serving only takeout and delivery 4-5 days per week (very few are open 7 days). But more and more restaurants are deciding to give it a try.

Jean-Georges Vongerichten announced a couple of weeks ago that he will start curbside pickup and delivery at his restaurants.

Menu items at ABC To Go, which opened this month as pickup and delivery only. Photo Credit: Eater NY.

4. food for the frontline workers

As we previously reported, restaurants all over the country have repurposed their kitchens to feed healthcare workers and those in need.

Leo Robitschek led the overhaul of the NoMad’s restaurant’s kitchen to pump out healthy and delicious meals to feed the folks on the frontlines of the pandemic. He kicked off the donation delivery on a highly personal note.

Robitschek personally delivered meals to the ICU floor where he had spent 10 days in March fighting Covid. While holding back tears, he thanked them for the amazing care he received, and offered to treat them to something delicious when the NoMad reopens. The NoMad will continue to send meals to that ICU every Thursday.

In the past, early May has meant two things to me – The Kentucky Derby and The James Beard Awards. This being a year like no other, early May came and went without either. (Both are rescheduled for September.)

On the day that the Beard Awards were originally slated to be held, the Foundation released the 2020 list of finalists, and many of the restaurants, chefs, and authors that Dandelion Chandelier has highlighted made the cut. For media awards, Leo Robitschek, Toni Tipton-Morris, Kwame Onwuachi to name a few, were all short-listed.

The chef and restaurant award finalists also contained some favorites of ours. Missy Robbins and Alex Stupak are each on the list again, Nightshade restaurant in LA, Canlis in Seattle, and Spiaggia in a Chicago, among others. The full list of all finalists can be found here.

That’s it. The top news to know in the world of fine dining, food and drink this May. Stay safe and healthy out there.