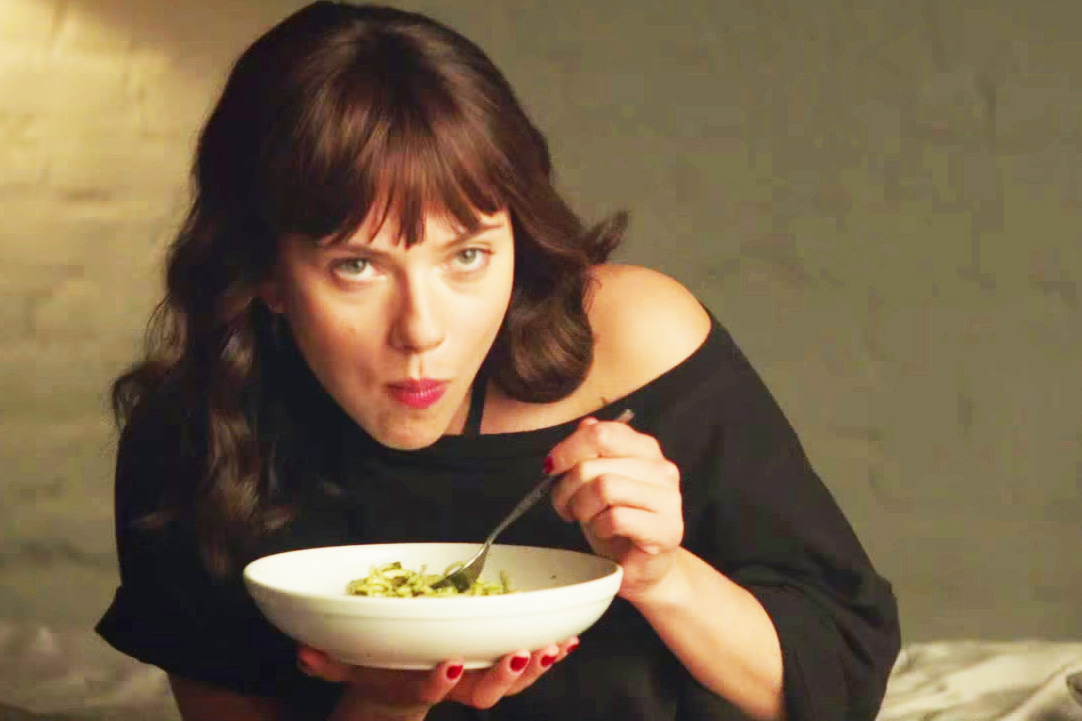 Food and film have a lot in common. Like film and fashion, both are visual, imaginative art forms that play to the senses and are beloved by audiences everywhere. And so it makes total sense that – as with fine food and fine art – putting them together would make for the perfect experience! Hungry for a great movie about food, restaurants, chefs and culinary arts? Our correspondent Abbie Martin Greenbaum has compiled a list of the best films about food and fine dining.

film and food are a perfect match

Feeling hungry for a good story? To complement our list of the best books about food, and our run-down on the best movie theaters for a luxury experience, we’ve put together a list with some of the best films about food and fine dining that have come out in the past ten years.

Here, you’ll find documentaries and feature films, classics and newer gems. All of them have one thing in common: they will all speak to the foodie in you, and will all inspire you to cook or eat something incredible.

Just make sure you have some popcorn in hand when you sit down to watch!

What are the best movies about chefs, restaurants and the culinary arts?

How could any list of films about food not begin with Julie & Julia (2009)? If you somehow missed Nora Ephron’s delightful film about Julia Child (Meryl Streep) and Julie Powell (Amy Adams), this is the perfect chance to finally sit down and watch it.

What are the best movies about chefs, restaurants and the culinary arts? Meryl Streep in Julie and Julia. Photo Courtesy: Vanity Fair.

The film was inspired by Alex Prud’homme’s autobiography of Julia Child, as well as by Julie Powell’s memoir, in which she catalogs her attempt to cook all 524 of Julia Child’s recipes. Ephron expertly weaves the stories of these two very different chefs together, making for a film that is sheer perfection from beginning to end. Streep and Adams are so wonderful in their roles, you will find yourself wanting to drop everything and become a chef as soon as the credits roll.

In the documentary Ottolenghi and the Cakes of Versailles, director Laura Gabert takes us behind the scenes as Israeli-born chef Yotam Ottolenghi executes a special commission for the Museum of Modern Art in New York. For the 2018 exhibit Visitors to Versailles (1682-1789) – which we covered at the time here at Dandelion Chandelier – the chef was asked to enlist contemporary dessert-makers to reimagine the sweets enjoyed by the court of French royalty.

What are the best movies about chefs, restaurants and the culinary arts? Ottolengji and the Cakes of Versailles. Photo Credit: Salon.com.

The result is suitably decadent: a cocktail whirlpool, extremely high-end Jello shots, architectural mousse cakes, chocolate sculptures, swan pastries, and an edible garden. It’s gorgeous to behold, and we also learn the history of ingredients that we now take for granted, like sugar and chocolate. A feast for the eyes and the spirit.

If you spend any time on the internet, you probably already know Netflix’s four part documentary series Salt, Fat, Acid, Heat (2018). Based on Samin Nosrat’s book of the same name, the films delve deeply into each of the title’s four words.

What are the best movies about chefs, restaurants and the culinary arts? Salt Fat Acid Heat on Netflix. Photo Courtesy Netflix.

Nosrat travels to Italy, Japan, Mexico and California to explore the way each place utilizes one of the elements in its cooking. Every episode is a treat: you will learn a lot about food and cooking, and you’ll also want to eat up Nosrat’s infectious way of presenting the topic at hand.

what are the best movies set in Great Britain?

Directed by David Gelb, Jiro Dreams of Sushi (2011) is a lovely documentary that puts the spotlight on Jiro Ono. He’s the owner of Sukiyabashi Jiro a Michelin-starred sushi restaurant that’s one of the most famous in Tokyo.

What are the best movies about chefs, restaurants and the culinary arts? Still from Jiro Dreams of Sushi. Photo Courtesy Slate.

Jiro’s sushi is renowned around the world, and the documentary looks at exactly what makes it so special. It also paints a vivid portrait of Jiro himself, as well as of his two sons, who are also deeply entwined in the family culinary business. The film does an excellent job of immersing viewers in this milieu. Even those who have no future trips to Japan planned will enjoy the dream of traveling to Tokyo and eating from his famous tasting menu.

Written, directed by and starring Jon Favreau, Chef (2014) is a wonderful journey for everyone, not just foodies. Favreau plays a disgruntled chef named Carl, who has an extremely public meltdown after the food at his restaurant receives a bad review from a critic. With no plans of what to do next, he travels to Miami with his son Percy. There, he reunites with his ex-wife, played by Sofia Vergara, and begins to figure out his career and his relationships.

The movie is tender and funny, with an all-star cast and compelling characters. But more than anything, it is a great showcase for some delectable food.  From shots of pasta, to Cuban sandwiches, to onions frying in oil, you will find yourself craving a snack mid-way through. The movie feels like a love letter to all kinds of cuisine. And Scarlett Johansson’s cameo alone is worth the price of the ticket.

what are the best movies for book lovers?

A Tale of Two Kitchens (2019) is a wonderful Netflix documentary that provides an inside sneak peak into the lives of two restaurants: Contramar in Mexico City, and Cala in San Francisco. Both are genius creations by Gabriela Cámara, and both establishments – though very different – are united by their big hearts.

Foodies who are interested in delving into restaurant culture will love this film, as it examines the important relationship between food and service. The documentary has a special sweetness to it, in that the places it features are clearly beacons of positivity in the lives of those who work and eat there.

One of the best films about food and fine dining. A Tale of Two Kitchens on Netflix. Photo Courtesy Eater.

In Burnt (2015), Bradley Cooper stars as Adam Jones, a defeated chef whose drug use and difficult personality have cost him his career in Paris. The film tells the story of his attempted comeback in London, as he runs into old friends and enemies while attempting to build himself a new kitchen and achieve his third Michelin star.

One of the best films about food and fine dining. Bradley Cooper in Burnt. Photo Courtesy The New York Times.

There is of course plenty of entertaining interpersonal drama, but there are also wonderful moments of food being prepared and eaten. For those who love dessert in particular, at one point the film features a crave-worthy pink birthday cake.

what are the best movies set on a college campus?

Directed by Michael Winterbottom, The Trip (2010) aired originally as a TV show, but premiered as a film feature film at the Toronto Film Festival in 2010. It has since spawned two sequels: The Trip to Italy and The Trip to Spain. And The Trip to Greece is coming soon.

What are the best movies about chefs, restaurants and the culinary arts? Rob Brydon and Steve Coogan in The Trip. Courtesy Photo.

The premise is simple, and great fun for any fanatic for gourmet cuisine. Steve Koogan, playing a fictionalized version of himself, is assigned to eat at and write about the best restaurants in England. Since he has recently broken up with his girlfriend, he takes his best friend, played by Rob Brydon, along for the trip instead. There is a special magic in watching them eat a series of great meals together. And their witty banter makes the experience all the better.

An astute reader reminded us of this classic foodie film from 1985. Tampopo (which we were delighted to learn literally means “dandelion”) is set in Japan.

In it, a truck driver stops at a small family-run noodle shop and decides to help its fledgling business. The story is intertwined with various vignettes about the relationship of love and food.

the best movies about summer

Oscar-winner Babette’s Feast is set in the late 19th century in a highly religious community in Denmark. When the two daughters of the recently-deceased pastor of the town agree to take in a French refugee from the Franco-Prussian War as a servant, things begin to change.

The new arrival, Babette, wins the lottery and in return for the sisters’ generosity she offers to cook them a proper French meal. It is timed to mark the 100th anniversary of their father’s birth. And the taste of the feast awakens all of their senses.

Based on the novel by Joanne Harris and directed by Lasse Hallström, Chocolat is the story of what happens when Vianne (the luminous Juliette Binoche) and her child mysteriously arrive in a tranquil and tradition-bound French town in the winter of 1959. She establishes a chocolate shop not far from the town church. And just before Lent, her confections and her spirited personality cause her neighbors to try giving in to their temptations.

Soul Food tells the story of a large and loving multi-generational African-American family from Chicago as seen through the eyes of the grandson of the family’s matriarch – Big Mama. Also in the mix? His parents, and his two aunts and their husbands. It’s a stellar cast: Viveka Fox, Vanessa Williams, Nia Long and Irma Hall are among the ensemble.

Film critic Roger Ebert sums up the role that food and meals together play in this lovely movie: “All of these people and more–including neighbors, church friends and sometimes even the homeless–turn up at Big Mama’s on Sundays for her famous soul food feasts, at which long-simmering family issues sometimes come to the boil.”

In Big Night, Chef Primo (Tony Shalhoub) and businessman Secondo (Stanley Tucci) are immigrant brothers from Italy who open their dream restaurant, Paradise, in New Jersey. But the neighborhood doesn’t seem ready for authentic Italian cuisine, and they’re close to shuttering the eatery.

But then celebrity Italian-American bandleader Louis Prima announces a plan to dine at Paradise. The two brothers pull out all the stops for a meal that will likely decide the fate of their beloved restaurant.

There you have it – our picks for some of the best movies featuring chefs, restaurants, and the culinary arts. Watch one with the foodies in your life soon. And let us know if you’ve seen others we should add to our list!

Come and join our community! For access to insider ideas and information on the world of luxury, sign up for our Dandelion Chandelier newsletter here. And see luxury in a new light.