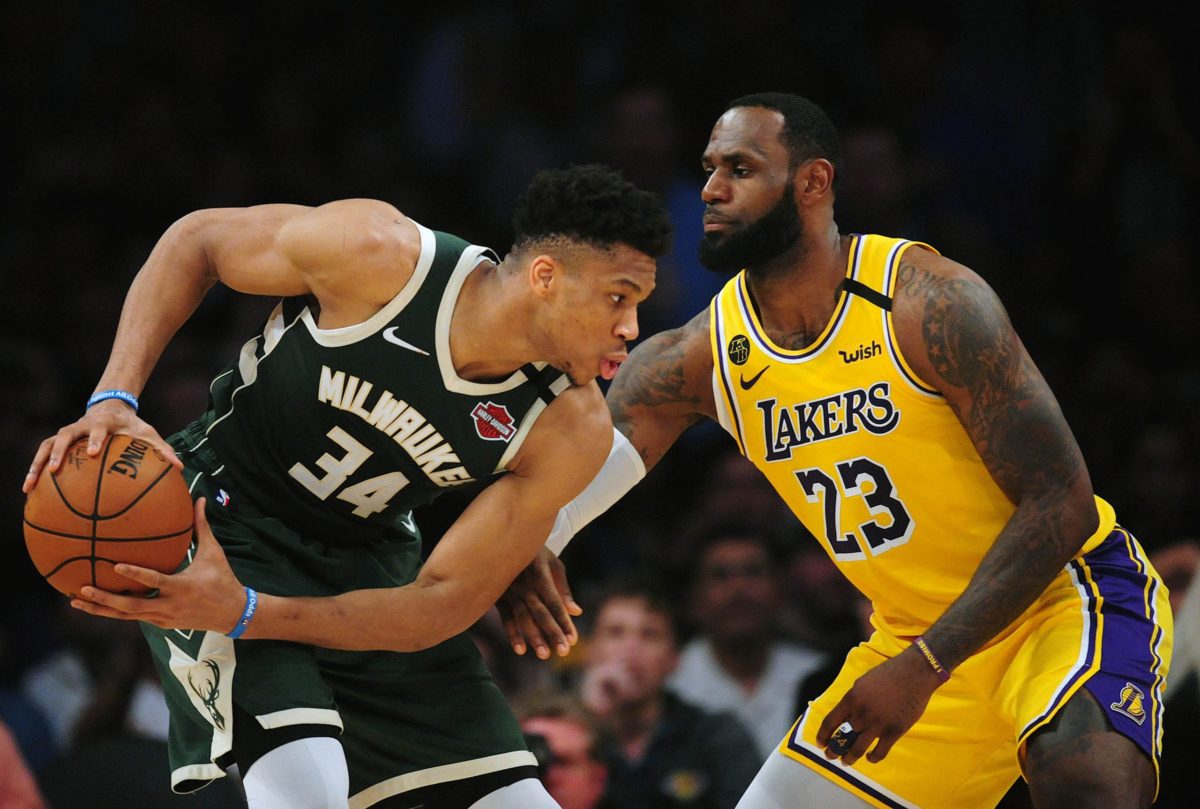 This Week in Sports Talk (TWIST) is our weekly roundup of top headlines and sports news, plus a preview of what’s up next. Heading into the week of June 7, 2020, here’s the top sports news, with a twist. Skim it, and you’ll be good to go all week.

Here are the top stories in sports news heading into the week of June 7, 2020.

Leading figures in the sports world continue to have out-sized roles in the national discussion and day-to-day protests over police brutality and racial injustice after the May 25th murder of George Floyd in Minneapolis.

New Orleans Saints quarterback Drew Brees issued multiple apologies on Friday following a strong backlash over his comments during an interview with Yahoo! Finance earlier in the week about his interpretation of what it meant to see Colin Kapernick and other black players kneeling during the national anthem during the 2016-17 season.

In fact, as part of walking back his original comments, Brees even went on the record with a Twitter post addressed to the President that read: “We must stop talking about the flag and shift our attention to the real issues of systemic racial injustice, economic oppression, police brutality, and judicial & prison reform. We are at a critical juncture in our nation’s history! If not now, then when?”

Also this week, NFL Commissioner Roger Goodell admitted that the league was wrong for not listening to NFL players during the kneeling protests.

In addition to social media posts, some pro athletes have joined their neighbors in local peaceful protest marches against police brutality and racial injustice. For example, the New York Jets’ Jamal Adams marched in Dallas. And Damian “Dame” Lillard marched in Portland.

One of the few black players in the NHL, K’Andre Miller, shared a poignant and candid message about his experience as a St. Paul, Minnesota native now living in New York. After being selected 22nd overall by the Rangers in the 2018 draft, the New York Post reports that Miller’s official entry to the NHL was scarred when a Zoom conference call meant to introduce him to Rangers fans was defaced by a racist who repeatedly scrawled the n-word over the chat.

And yet despite the 11 days of protests and speeches, there is no sign of life from some of the biggest stars in the NFL and MLB. Wondering about what Tom Brady has done lately? Yes, we were too. The quarterback participated in the #BlackoutTuesday movement on social media. On his Instagram account, Brady posted a black square with a caption of the praying hands emoji. Nice start, maybe. But a G.O.A.T. could do so much more as a leader and role model. As Drew Brees wrote: if not now, then when? Watch this space for further updates.

Alabama Crimson Tide players have begun reporting to campus ahead of voluntary workouts, which start next week. And already 5 players have tested positive for COVID-19. Multiple Oklahoma State players tested positive this week as well. There is intense conversation underway about what all of it means for the upcoming college football season.

3. The MLB season seems to be slipping away

MLB and the Players’ Association are locked in a battle over finances that has slowed any real momentum toward launching a truncated 2020 season. The players had previously rejected a proposal for an 82-game season with additional pay cuts. Then the Players’ Association made a counter. This week, MLB owners rejected that counter-offer, which proposed a 114-game schedule.

According to Ken Rosenthal of The Athletic, negotiations between the two sides have become “hostile” and many now expect this to drag on much longer.

Our Sports Desk notes that once again, MLB players and owners are playing chicken, and both sides could lose big time. If the NBA playoffs stretch into October, and the NFL season starts in September, baseball is unlikely to successfully compete for fan attention. Not to mention that NASCAR, golf, tennis, horse racing and the NHL could all be in the mix, too.

NFL coaches and staff are now permitted to report to training facilities. The NFL announced Tuesday that all 2020 NFL training camps will be held at each team’s own practice facilities. And there will be no joint practices.

For now, though, NFL facilities are allowed to have up to 100 people working at a time with local and state government approval. The players are still not permitted to report to team facilities until training camps begin.

The NBA’s Board of Governors voted 29-1 to approve a 22-team return-to-play plan this week, one which would see the rest of the season played out as Disney World in Orlando. Only the Portland Trail Blazers organization voted against the plan.

Press reports are that on Friday all 28 player reps approved the plan, as well. If true, the NBA would be on track for training camp to begin June 30. The 2019-20 season would resume on July 31. The current plan is that the 2020-21 season start date would be pushed back to December 1. But players have reportedly not agreed to that just yet.

The ESPN Wide World of Sports globe at Disney World.

The 22 teams that would be invited to Orlando are the 16 current playoff teams plus the Pelicans, Trail Blazers, Kings, Spurs, Suns and Wizards. A total of 13 teams from the Western Conference and 9 from the Eastern. That leaves 8 teams sitting out altogether. And one of them is the Golden State Warriors!!! Ugh!!!

Safety protocols proposed include players undergoing COVID-19 testing every day, with a minimum seven-day quarantine for any player that tests positive. There would be no fans in the stands.

The Athletic reports are that there would be two or three preseason games before the season resumes. Once underway, the league will play eight regular-season games with the possibility of a play-in tournament for the eighth seed. The playoffs would follow the traditional format.

Our Sports Desk reports that there are the usual conspiracy theories swirling around who’s on the list for Florida and who’s not. The chatter (which our guys think is probably true) is that the NBA agreed to this proposal to get more star power in this shortened end to the season.

6. NHL on track to complete the season

NHL teams are preparing to begin limited workouts with small groups at their team facilities tomorrow, the start of Phase 2 of the Return to Play Plan. The NHL season was paused March 12 due to coronavirus concerns. Players will participate on a voluntary basis, and workouts will be limited to a maximum of six players at any time, plus a limited number of staff.

The NHL has also not yet determined which cities will be the “hubs” for a resumed season.

The New York Times reports today that the players’ union for the WNBA is considering a proposal to start its delayed 2020 season as early as July. Similar to the NBA, the WNBA is considering playing the entire season in one location, with a 22-game schedule. I.M.G. Academy in Bradenton, Florida is reportedly first choice for the league.

That’s it. You’re good to go with the top headlines and coming attractions heading into the week of June 7, 2020. Stay safe and well, dear reader. See you next week.