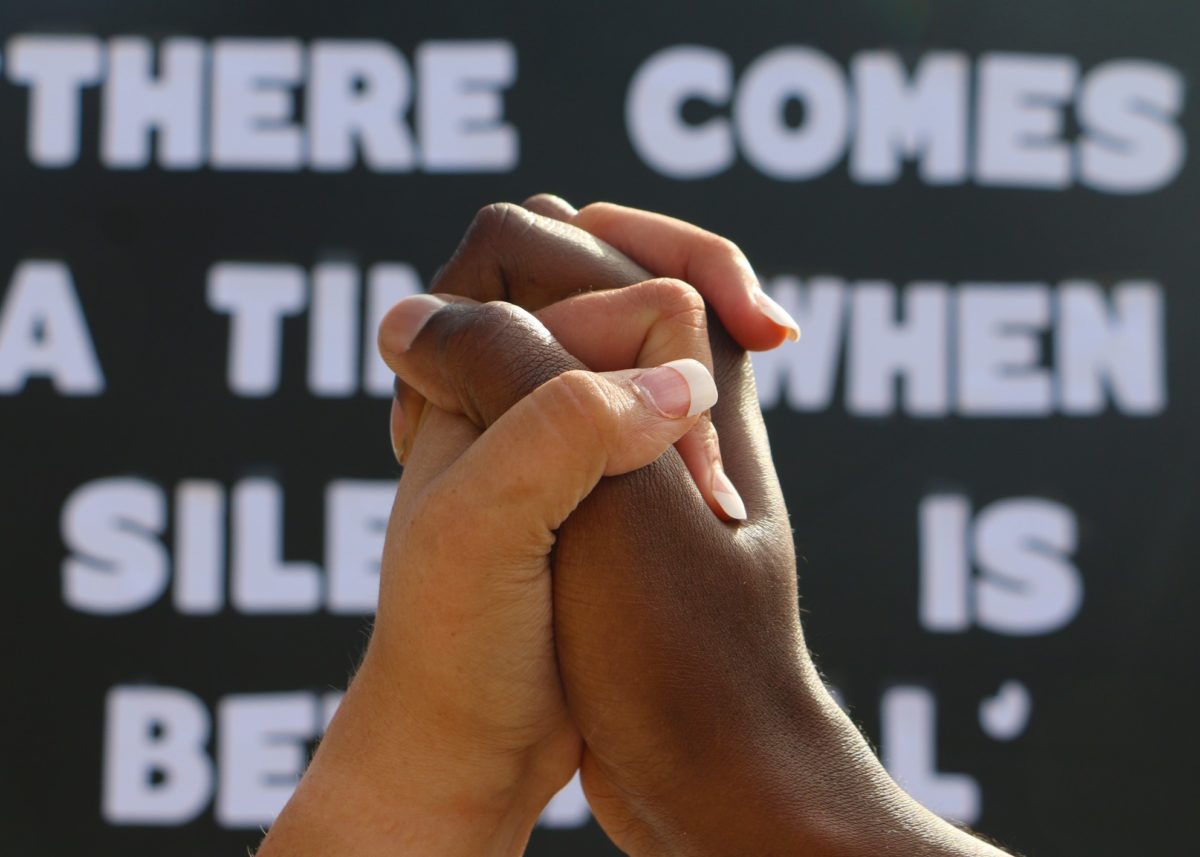 Radical chic was once A Thing, and say what you will – when cultural change takes off in America, it’s often fueled in part by art, music and fashion. And so it is in our current moment – the protest marches for racial and social justice in every state in the nation have given birth to artistry of all kinds. Our correspondent Julie Chang Murphy has a curated list of the smart, chic and soon-to-be iconic graphic tees available right now to support the Black Lives Matter (BLM) movement. Buying one of these BLM tees not only signals your commitment – it also helps provide vital financial resources to charity and organizations on the front line of the fight for racial justice.

can t-shirts help save the world?

Watching the protests that have unfolded in the United States and across the globe in support of the Black Lives Matter movement made us ponder this question: Can t-shirts help save the world?

Dear reader, we are willing to try anything.

The public outcry over the murder of George Floyd at the hands of law enforcement officials has been swift and decisive, sparking protests all over the world. And those marches have in turn yielded some tangible results even in the scant few weeks since Floyd’s death.

But as we write, the Louisville police officers who fatally shot Breonna Taylor, a 26-year old African-American emergency medical technician while she was sleeping, still have not faced any repercussions. Incidents of brutality and racism continue. Damage is still being inflicted. And so the hard work of getting out the message that #blacklivesmatter must continue.

time to put your money where your mouth is

In addition to protesting and supporting black owned businesses – many of which are donating proceeds to the movement – another simple way to show your support in public spaces is through the humble graphic tee. All proceeds from the sale of the T-shirts on the list that follows go to benefit various organizations like the George Floyd Memorial Fund, NAACP, Black Lives Matter Global Fund, The United Negro College Fund and more.

We acknowledge that true solidarity and allyship does not begin or end with buying a T-shirt. And we know that some will scoff and say that wearing a tee is just performative and irrelevant. Real change at a personal level requires education and re-learning history; having the courage to have hard conversations with friends and family; voting in both local and national elections; and maybe, not being so nice.

the best books about black lives and race in America

Still, fashion and activism have often been surprising but effective bedfellows. Think of miniskirts and going bra-less as enduring symbols of women’s lib in the ’70’s. Or the Keffiyeh scarf as a symbol of resistance and solidarity with Palestinians. Kente cloth scarves as a show of respect and support for black culture.

Without saying a single word, our clothing can broadcast our commitments to causes and ideology. And we can’t think of a better one to support right now (and always) than #blacklivesmatter.

1. One of these days

One of these days’ graphic tees always have an authentic rebel vibe through its poetic, quirky graphics and interesting placements.

Graphic tees to support the Black Lives Matter movement: One of These Days. Courtesy Photo.

The profits from this long sleeve shirt ($120) will be split evenly among the following organizations (to which you can also make a direct contribution using the links below):

LA-based streetwear label Renowned created this vintage washed tee inspired by “buttons” of symbols and people who have represented black freedom since the civil rights era. All proceeds will be donated to Black Lives Matter, The George Floyd Foundation and Reclaim the Block.

Created by SHFT, a media and apparel brand that focuses on empowering communities of color, this t-shirt ($14) will be split 50/50 between the official George Floyd Memorial Fund and Black Visions Collective.

This tee ($27.99) was created by a newly-formed brand, Checks n Balances, following the murder of George Floyd. The group is made up of recent black and POC high school graduates who will be donating 100% of profits to the National Bail Out and Black Lives Matter.

Another striking option from Checks n Balances features a “No More Snoozing- It’s Time to Wake Up America” ($27.99) slogan which we think perfectly encapsulates the moment. Proceeds will benefit the National Bail Out and Black Lives Matter movements.

From musical artist Andre3000 and inspired by his original jumpsuit worn in 2014 in Warsaw, Poland, this long-sleeve shirt ($75) is made of 100% recycled cotton.

All proceeds generated will be donated to Movement for Black Lives.

Will Smith’s Bel-Air Athletics released this simple and striking t-shirt ($40) to folks who want to stand in solidarity against systemic racism and police brutality.

The company is donating 100% of proceeds from this tee to Black Lives Matter, Equal Justice Initiative and Black Futures Lab.

Freshjive is a Californian streetwear brand founded in 1989 by artist and entrepreneur Rick Klotz.

100% of the profits go to The Equal Justice Initiative (EJI), committed to ending mass incarceration and excessive punishment in the United States.

This tee, from Alyx Studio is a re-release from the subversive brand’s Fall Winter 2017 collection.

All profits from the sale will be equally split between National Bail Out, Campaign Zero, and The Freedom Fund.

Streetwear label Fear of God switched their “FG” logo to “GF” in honor of George Floyd. The shirt ($100) was made in collaboration with Kerby Jean-Raymond of Pyer Moss, Brendon Babenzien of Noah, and Virgil Abloh of Off-White, among others.

This shirt, originally offered for a limited time via Instagram, sold out within minutes. But looking at the comment section, we wouldn’t be surprised if they re-issued more in the near future.

There you have it- 10 powerful t-shirts that are helping to raise awareness and profits to support one of the most meaningful causes of our time. More than ever, we have to be in this together.