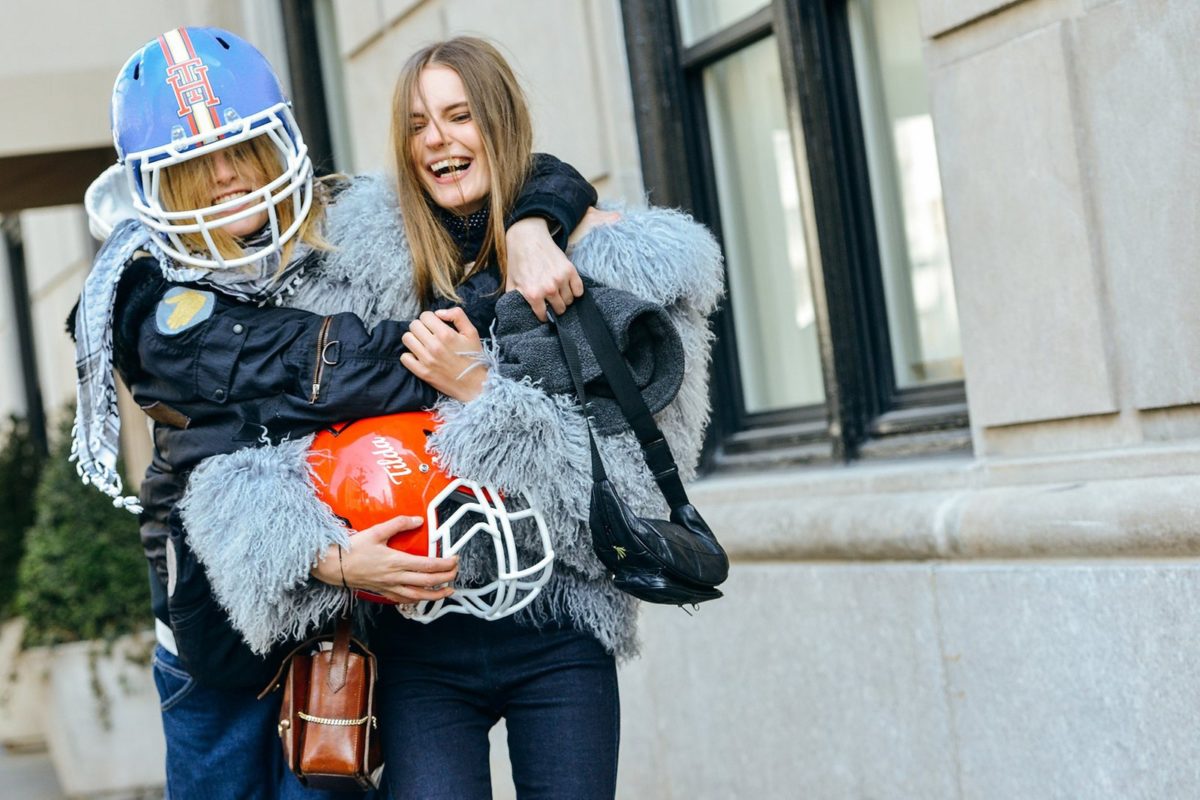 Every year, a percentage of the NFL’s 32 teams redesign their uniforms. And then fans and the sports press weigh in on their stylishness. This year, we decided to join in the fun. Our ace fashion correspondent and luxury insider Julie Chang Murphy assesses the latest crop of new NFL team uniforms, and sees parallels with high fashion. No, seriously. She really does.

We’ll give credit where credit is due. In the convergence of fashion and sports, NBA stars are indisputably the style MVPs with their eagerly anticipated pre-game arrivals in “the tunnel” and popular fashion collabs.

By contrast, candidly, the NFL has never been a place to go in search of style inspiration. However, earlier this spring, six NFL teams (not counting the Colts’ logo update) unveiled new uniforms, and everyone had an opinion.

And as always, when football and fashion meet, the results are not always . . . well, they’re not always well-received.

In the case of the 2020-21 season new team togs, some of the uniforms seemed to be universally panned and derided. While others were given the seal of hard-won approval. In general, it seems that fans preferred a return to the more classic throwback uniforms. We don’t disagree.

As lovers of both luxury fashion and football, we here at Dandelion Chandelier have decided to share our own perspectives on this pressing matter, since we didn’t see it being covered anywhere else in the fashion press.

After careful study, all we could see when we eyed the six new team uniforms was their startling connection to the iconic colors and styling of designer brands.

As they say, a picture is worth a thousand words. Check it out below. You’ll never look at a football jersey the same way again. And if you’re trying to dress to impress a hard-core fan of one of these teams, now you know what to wear for your next Zoom date.

We applaud the Browns for taking what is arguably the most challenging color combination in the league and bringing it back to the basics.

The luxury fashion take on the new NFL uniforms this season. Courtesy Photos.

And those basic earth tones of brown and orange are in good company. Instead of looking like a dated ’70’s couch, the strategically placed blocks of stripes recall the French fashion house, Hermès. Can’t you see a chic fan in Cleveland sporting this gorgeous jeu de soie Hermes embroidered shawl ($7,050) on a crisp autumn Sunday afternoon? Actually, perhaps this presents the opportunity for the equestrian-inspired luxury brand to consider American football-influenced designs? Could be a match made in heaven.

The luxury fashion take on the new NFL uniforms this season. Courtesy Photos.

The black nylon bag. The iconic red bar logo. It probably depends on your age and association with the brand during that era, but Prada is pretty good company to keep. We see you, Atlanta Falcons.

you need to see these amazing sports championship rings

The new Chargers uniform has a dynamic, modern and youthful vibe. The bolts were made bigger and the new yellow pants look energetic and bright, making the team look refined and polished.

Their designer match? Balenciaga! Simple, bright colors have always been part of Balenciaga’s aesthetic and under Demna Gvasalia, and in the past few seasons, we’ve seen even more iconic neon bright accessories. Heavily influenced by sportswear, it’s no wonder that their daring sneakers are one of the hottest fashion items in the past few years. We have this neon jacket ($1,890) on our must-buy list for football season this year.

The Tampa Bay Buccaneers  are THE TEAM to watch this year. Tom Brady. Rob Gronkowski. Two former New England Patriots reunited in a new town. There are egos on the line, legacies at stake, and sold-out stadiums galore. AND they have new uniforms! It doesn’t get any better than that.

The Bucs turned out to be another team to endorse a new but familiar look. And the conservative refresh was met with mostly approval. Can it be because of its visual synchronicity with one of the most popular luxury brands in the world and their cult status collaborations with Supreme?  All we can see when we look at these uniforms is Louis Vuitton for days. That’s our story and we’re sticking to it. The pewter and scarlet is elevated, while the red and white has become an underground cool color combo with hypebeasts. Tompa Bay Gronkaneers, coming in hot!

what to wear to the Super Bowl party this year

You have to give it up for the Los Angeles franchises. They definitely know from fashion. Like the Chargers, the Rams new uniform has a vibrant and clean look. We’re feeling a classic and preppy American vibe – like the one embodied by luxury label Polo Ralph Lauren.

Non-fashion types derided the “Bone” colored uniform, crying, “Why not just white?” You’re kidding us, right? Come on, people. Having worked as a designer in a few “American heritage” influenced brands, we all know that the color white can never be labeled just ‘White’! It has be Snow, Chalk, Pearl, Cotton…or Bone: as in “the color of a ram horn and the sands of LA.” Nice work, Rams. We totally feel you.

Last, but certainly not least, are the Patriots, whose uniforms got a streamlined update. To our eyes, it looks less Americana and Ye Olde Yankee Shirtcoat, and more high fashion Gucci.

The uniform’s stripe design is reminiscent of Gucci’s signature webbing. As you can see, it adds instant cache and makes a strong visual statement. Patriots’ fans now have another reason to rationalize a new Gucci bag! Yassss!!!

A Luxury Fashion Insider’s Take on the New NFL Uniforms

There you have it- a fashionista’s take on the NFL’s new uniforms. It’s a tough job, but someone’s gotta make sports palpable for the rest of us! Go Pats!