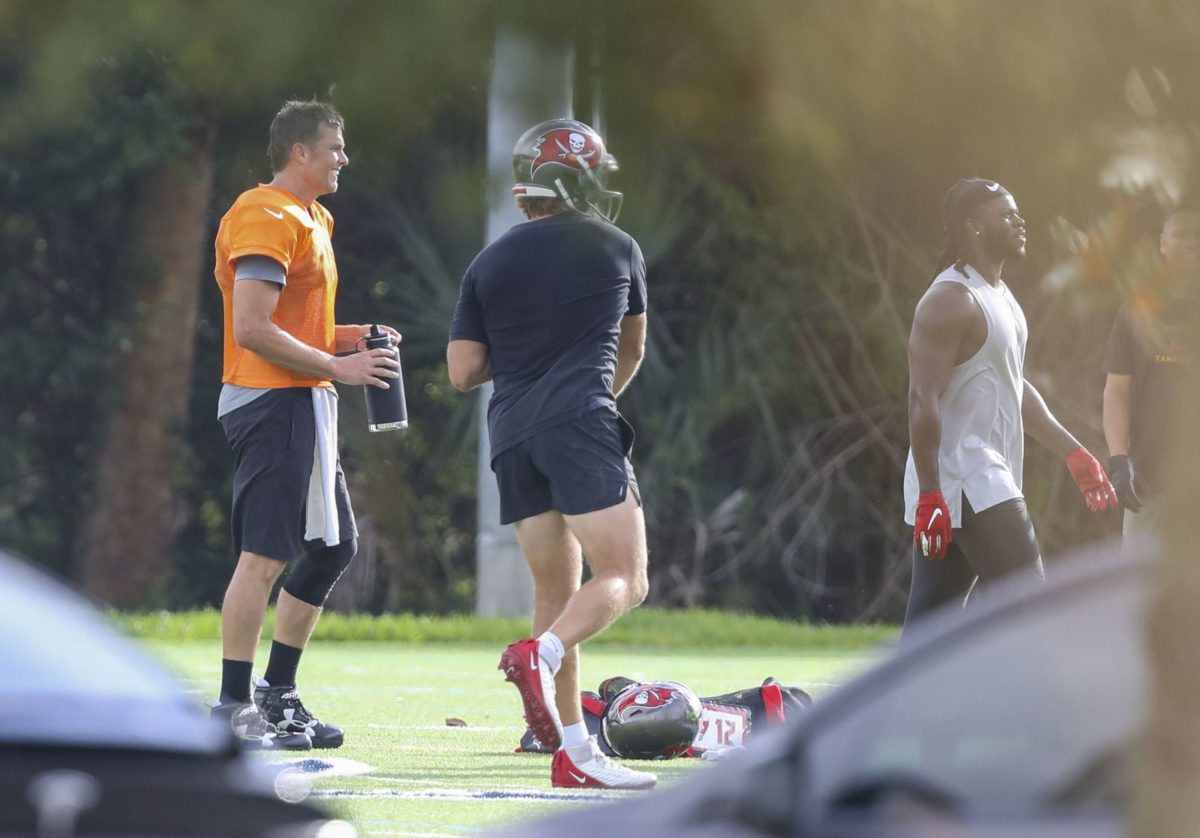 This Week in Sports Talk (TWIST) is our weekly roundup of top headlines from the past seven days in the world of sports, plus a preview of what’s up next. Heading into the week of June 28, 2020, here’s the top sports news, with a twist. Skim it, and you’ll be good to go all week.

Well, sports fans, except for all the bad news, all the news is good this week. Here are the top 10 stories to know heading into the week of June 28, 2020.

The prospects for college football this fall remain murky as flare-ups in coronavirus cases in many states in the U.S. call into question the wisdom of trying to adhere to the regular season schedule and start date.

Among the many issues being discussed is that as CBS Sports reports, we may not actually know the number of college players and staff who have tested positive for COVID-19 each week. While the NFL requires coaches to share weekly injury reports, college football does not. As of this posting, 66 of the 130 Division I Football Bowl Subdivision (FBS) schools said they would not disclose how many of their players tested positive. Meaning that opposing teams and staff would be flying blind and unable to gauge their own risk.

This week, Morehouse College and Bowdoin College both announced that they’re cancelling their 2020 football seasons. It’s not clear if these two small schools are just the beginning of a much bigger wave. Watch this space for further updates.

A crew member noticed a rope pull tied into a noose in the garage assigned to Bubba Wallace at Talladega Superspeedway, and the NASCAR organization sprung into action. The discovery touched off a stunning display of support for the black driver – the sole African-American in the top tier of the sport. As previously reported, NASCAR banned the Confederate flag from all of its speedways only three weeks ago after Wallace pointed out the need to do so. Talladega was a site where the flags were abundant prior to the new ban – and this was also the first race with spectators since the COVID-19 pandemic began.

Following the discovery, before the start of the Geico 500 drivers and crew members escorted Wallace and his car to the starting line in a stunning show of solidarity.

The FBI subsequently investigated the matter and reported that its findings indicate that the rope had been tied that way since last October, and therefore couldn’t have been a message to Wallace, who was only assigned that garage slot last week. NASCAR said that it scanned 29 tracks and 1,684 garages and did not find any other instance of a rope tied this way.

Call us crazy, but whatever the story behind the rope, it meant quite a lot to see the strong response and to see these men walking shoulder to shoulder in the face of a perceived threat to a fellow driver. It’s reassuring to know that the league took it all seriously and didn’t downplay the matter. We hope that spirit lives on in NASCAR and spreads outward.

3. MLB has a restart plan

Commissioner Rob Manfred has mandated this year’s MLB season structure in the absence of players and owners being able to negotiate their own deal. The shortened 2020 season will include 60 regular games before a traditional playoff run. Opening Day is July 23, and training camps will commence this week, on July 1, with teams at their home fields instead of in Florida and Arizona.

All teams will play a regionally-based schedule (for example, teams in the AL East and NL East will only play each other). The National league will use a Designated Hitter (DH) for the entire season. To which our Sports Desk says: is there now no going back?

After all the heated disputes about pay, players will earn 37% of their full season salaries this year. The players also retain the option of filing a grievance against the league for the shortened season; that could earn them additional compensation or at least improve their negotiating leverage in next year’s contract talks.

Among the safety protocols for the shortened season? No spitting and no chewing tobacco. High fives, fist bumps, and hugs are prohibited. Fighting will be met with “severe discipline.” And showering at the ballpark is “discouraged.” There will be no fans in the stands, and no “ball boys and girls,” but the team mascots will be permitted onto the field. So at least there’s that. Freakin’ coronavirus hasn’t taken everything away.

On Friday, the NBA released the schedule of games to complete its 2019-20 season. As previously reported, all games will be played within the the ESPN Wide World of Sports Complex at Disney World in Orlando, Florida. You can find the entire rundown here.

If you want to start circling dates on your calendar, the experts at ESPN suggest the following:

Gotta say, we’re starting to get psyched for this: LeBron James, Kawhi Leonard and Zion Williamson in a doubleheader on the first night of play? Oh, yeah.

This week in Tampa Bay, new Buccaneers quarterback Tom Brady consoled his teammate Chris Godwin, who surrendered his #12 jersey to Brady so that the newcomer could preserve his “TB 12” brand in his new home. “I’ll get you a Super Bowl” sez the new guy. That would be an exceptionally good trade for Godwin if it actually works out.

Brady continues to hold practices in Tampa Bay with a small group, against the guidance provided by the NFL Players’ Association. Some have complained that it sends a bad signal. But our Sports Desk assures us that he’s not actually breaking any rules. Keep it on the up-and-up, Tom Terrific. Don’t make us come down there . . .

As previously reported, last week Brady and teammate tight end Rob Gronkowski modeled their new Tampa Bay uniforms. While most were highly impressed with Gronk’s guns, Brady left the comment “#skinnygronk” alongside a crying laughing emoji on the Bucs’ Instagram. In case anyone’s nervous, though, Gronk assures his fans that he’s at 257 pounds right now – “four more protein shakes away from my game weight.”

Meanwhile, our Sports Desk is increasingly giddy at the prospects for the upcoming season for this dynamic duo. We’ve been hearing crazy talk from them all week. Statements like: “TB12 and crew could have 10 times more practice time in by the time they play the Saints in the first game – it could be an upset!” They would also like to remind us that Super Bowl 55 will be played at Raymond James Stadium in Tampa, Florida. Please ponder this pressing question when you have a free moment this week: could this be the first team to play the Super Bowl in their own house? We’re taking bets if anyone wants a piece of the action.

The New Orleans Saints’ Malcolm Jenkins said this week that he is not comfortable playing the 2020 NFL season due to coronavirus concerns.

And Pittsburgh Steelers quarterback Ben Roethlisberger has admitted to struggling with alcohol and pornography addiction.

The Travelers Championship concludes today at the TPC River Highlands club in Cromwell, Connecticut. Brooks Koepka and Webb Simpson are among 5 players who withdrew from the tournament due to coronavirus concerns (neither tested positive, but both had been in close contact with someone who did).

Fifty-year old Phil Mickelson was leading after 2 rounds, and as of this posting he is six strokes back from the leaders, Dustin Johnson and Brendon Todd. If he wins, he would be the first player over 50 to win a PGA event since Davis Love III in 2015. It would also mean that Mickelson would have won a PGA event in each of four consecutive decades. Go, old dude, go!

8. NHL stays on plan with restarting

The NHL held its draft lottery on Friday night, and the winner of the No. 1 overall pick is still to be determined. Because of the potential for a restart of the season, the No. 1 selection will be made by one of the teams participating in the play-in postseason round, and will be determined by a second lottery after the qualification round.

However, there are already clear winners and losers from the lottery for slots 2-8. Sadly, our hometown Detroit Red Wings landed the No. 4 slot, despite having the worst record in the NHL. Fans were hoping for No. 1 or 2, and a shot at landing a potential franchise-changing prospect. Alexis Lafreniere is the consensus No. 1 draft pick and he’s unlikely to be heading to the Motor City.

9. NYC Marathon and Davis Cup off, Kentucky Derby on

The New York City Marathon would have celebrated its 50th anniversary this November, but organizers announced this week that the 2020 race has been cancelled. New York joins Boston and Berlin in cancelling significant annual marathons this year. City officials and New York Road Runners could not come up with an acceptable public safety plan for the race, which attracts over 50,000 runners each year.

The International Tennis Federation (ITF) announced this week that the Davis Cup has been canceled for 2020 due to the coronavirus pandemic. The tournament will resume in 2021. Matches had been scheduled for this September, and the Finals had been set for November in Madrid, Spain.

In brighter news, this week Churchill Downs announced that The Kentucky Derby will take place on September 5 with spectators in the stands. The race is usually held in May, but was postponed this year due to COVID-19 concerns.

And now, kids at home, to close out our report we shall conduct a brief lesson about the Greek concept of hubris.

Perhaps to demonstrate this, he organized a series of exhibition tournaments in the Balkans in June, called the Adria Tour, that launched in Belgrade. The matches featured fans in the stands, face masks scarce, ball kids on the court and players hugging and high-fiving. The player also hosted a late night dance party at a Serbian nightclub.

Days later, Djokovic and follow players Grigor Dimitrov, Borna Coric and Viktor Troicki all tested positive for coronavirus, as did Djokovic’s wife. So did two coaches.

What have we learned from this episode, boys and girls? That COVID-19 don’t play.

As of this posting, the U.S. Open is expected to run as originally scheduled from August 31 to September 13 – but without spectators – at the U.S.T.A. Billie Jean King National Tennis Center in Flushing Meadows, Queens. The French Open is planned for late September at Roland Garros in Paris.

That’s it. You’re good to go with the top headlines and coming attractions heading into the week of June 28, 2020. Stay safe and healthy, dear reader. See you next week.