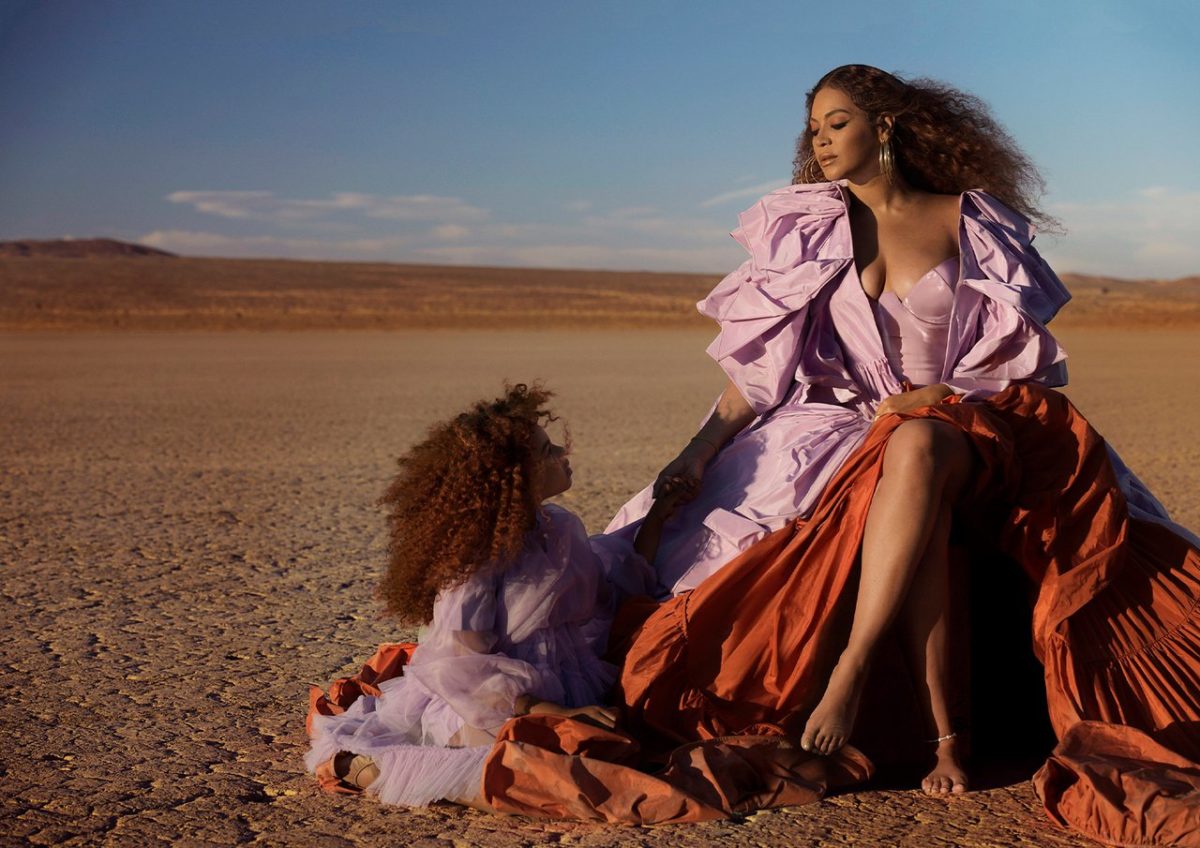 what’s happening in entertainment and culture in july 2020?

Though it may not feel like it at times due to on again, off again lockdowns from COVID-19, we are officially in the throes of summer 2020.  Instead of the usual summer festivals, outdoor concerts and rooftop parties that last all day into night, this summer is all about hygiene, social distance friendly bbq’s  and wide-open spaces.

That doesn’t mean no there’s no fun to be had though.  For those looking to hit the road, there’s famous national parks to visit and road trips to be had – complete with a luxury RV.  And for those sticking a little closer to home there’s no need to feel left out of the summer entertainment.

In addition to a hot new visual album drop from the Queen Bee herself, you can enjoy the Live from the Drive-In concert series taking place across the country featuring headliners Brad Paisley, Darius Rucker and rapper Nelly.  And despite many movie theaters remaining closed, there’s a number of summer blockbusters to stream such as  The Old Guard from Gina Prince-Bythewood and the Australian series Stateless, both on Netflix.

The best in entertainment in July 2020 including new movies, TV shows, and podcasts: The Old Guard. Courtesy Photo.

For theater lovers, Lin Manuel Miranda’s smash hit Hamilton heads to Disney+, while the Metropolitan Opera’s Nightly Stream continues through the month.  On the visual arts front, the Norman Rockwell Museum in Stockbridge, Massachusetts has set up a virtual tour that includes socially and historically relevant exhibitions, like “Norman Rockwell in the Age of the Civil Rights Movement” and “Burton Silverman: In Search of the Constitution.”

Also on the calendar this month?  Even more sports.  Yes, you read that right, the MLB, the NBA and the NHL are all gearing up for action.  If having both the boys of summer, spring and winter around to play doesn’t make you feel at least a little optimistic about July 2020 then we’re not sure what will.

Here’s to an entertaining July.

the best in entertainment and culture july 2020

Amazon Studios is partnering with Michael B. Jordan’s production company to launch a summer drive-in screening series, A Night at the Drive-In. The nationwide screenings will take place at drive-ins around the country. It will feature a wide selection of films celebrating multicultural and diverse voices in cinema.  The list of double-features that’ll be screened includes Love & Basketball, Crazy Rich Asians, Black Panther, Creed and Do the Right Thing – Jul 1 – Aug 12

The screen legends Catherine Deneuve and Juliette Binoche are paired together for the first time in Hirokazu Kore-eda’s non-Japanese debut, The Truth.  The duo play a mother and daughter. There difficult relationship is explored when they reunite to celebrate the publication of the former’s book.  Ethan Hawke also stars in this VOD movie – Jul 3

The best in entertainment in July 2020 including new movies, TV shows, and podcasts: The Old Guard. Courtesy Photo.

Russel Crowe has a serious case of road rage in the new thriller Unhinged.  The film is set to be one of the first films to open exclusively in theaters since March – Jul 31

Kristy, Dawn, Stacey, Claudia and the whole babysitting gang are together again for the feel good Netflix adaptation of The Baby-sitters Club – Jul 3

The best in entertainment in July 2020 including new movies, TV shows, and podcasts: Stateless. Courtesy Photo.

Greatness Code on Apple TV+ is a seven episode docuseries features famous athletes including the likes of Lebron James, Alex Morgan, Usain Bolt and others discussing pivotal moments of their careers – Jul 10

What are the Best TV Shows About Office Life

The quirky superhero drama Umbrella Academy returns for a second season on Netflix, this time set in Texas in the early ’60s – Jul 31

The best in entertainment in July 2020 including new movies, TV shows, and podcasts: Hamilton. Courtesy Photo.

The Australian Ballet has launched At Home with Ballet TV 2020, a five-month digital season

The UK’s National Theatre is streaming full length plays every Thursday on YouTube until live performances kick off again.  Among the productions available are A Midsummer Nights Dream and Amadeus

European artworks from as far back as the 8th Century can be found in California’s J. Paul Getty Art Museum via their new Google Arts + Culture tour

The Musée du Louvre in Paris is set to reopen after a 16-week shutdown.  When the museum reopens only 70% will be accessible. This includes the large galleries of French and Italian paintings, the sculpture courtyards and the Egyptian antiquities section – Jul 6

While awaiting its anticipated mid-July reopening, the Norman Rockwell Museum in Stockbridge, Massachusetts has set up a virtual museum that includes the socially and historically relevant exhibitions “Norman Rockwell in the Age of the Civil Rights Movement” and “Burton Silverman: In Search of the Constitution.”  Each includes not only the artwork but videos on the background of the work

The Smithsonian’s National Museum of African American History and Culture has released a brand new, online portal discussing race, racism and racial identity called Talking About Race.  The portal was launched as a way to help everyone. It will help families and communities talk about racism and racial identity. “and the way these forces shape every aspect of society,” according to the museum

Built in 1964, the National Museum of Anthropology in Mexico City is dedicated to the archaeology and history of Mexico’s pre-Hispanic heritage.  The Museum’s new Google Arts + Culture tour includes 23 exhibit rooms filled with ancient artifacts, including some from the Mayan civilization

After live streaming countless quarantine concerts for his followers, Rufus Wainwright will release his latest album Unfollow the Rules – Jul 10

The Best Film Podcasts to Listen to Right Now

The best in entertainment in July 2020 including new movies, TV shows, and podcasts: Black is King. Courtesy Photo.

Brandy is back with her first album in eight years.  B7 drops at the end of the month – Jul 31

The legendary Diane VonFurstenberg now has her own podcast called InCharge with DVF.  The show’s first guest is momager-to-the-stars Kris Jenner

The best in entertainment in July 2020 including new movies, TV shows, and podcasts: Incharge with DVF. Courtesy Photo.

WeCrashed follows the shocking and colorful demise of shared-workspace startup WeWork. The six-part podcast series is hosted by business guru David Brown. It delves into how a company once valued at $47 billion dollars crashed so spectacularly

Host Allison Behringer peels back the curtain on medical mysteries and phenomena in Bodies, an intimate documentary-style podcast where every day people share their stories of medical mystery

After attending an event at The Wing about cross-racial dialogue, Yseult Polfliet and Hannah Pechter were ready to start a conversation. The Kins-Women focuses on the gap between white women and women of color and how to navigate difficult conversations, as well as what white people can do to serve as real allies in times like these.  Episode topics range from the problem with plantation weddings to beauty appropriation

Looking for a new mystery?  Check out Missing in Alaska, which takes on a mysterious 50 year old plane disappearance

Major League Baseball will return this month starting with spring training 2.0 followed by a proposed 60-game regular-season schedule anticipated to begin on July 23 and 24 – Jul 1

The NHL is also one step closer to returning with its teamm training camps set to begin early this month as part of Phase 3 of the NHL Return to Play Plan.  If all goes well, the league will move to Phase 4 and 24 teams will return to play and vie for the Stanley Cup  – Jul 10

The best in entertainment in July 2020 including new movies, TV shows, and podcasts: NBA. Courtesy Photo.

The NBA is heading to Disney to restart their season.  The modified season tips off with the Jazz taking on the Pelicans. The Clippers will also be taking on the Lakers  – Jul 30

the best in entertainment and culture this july 2020

That’s it. Our top picks for the best in the world of entertainment and culture this July 2020.  Are you ready?

Jillian Tangen is the Head of Research at Dandelion Chandelier and a former Senior Research Analyst at McKinsey & Co and Analyst at Shearman & Sterling. She is an avid fan of Nordic design, having owned an independent lifestyle store and sales agency focused on emerging Scandinavian design. She loves cross-country skiing, the New York Rangers, reading, travel and discovering new brands.