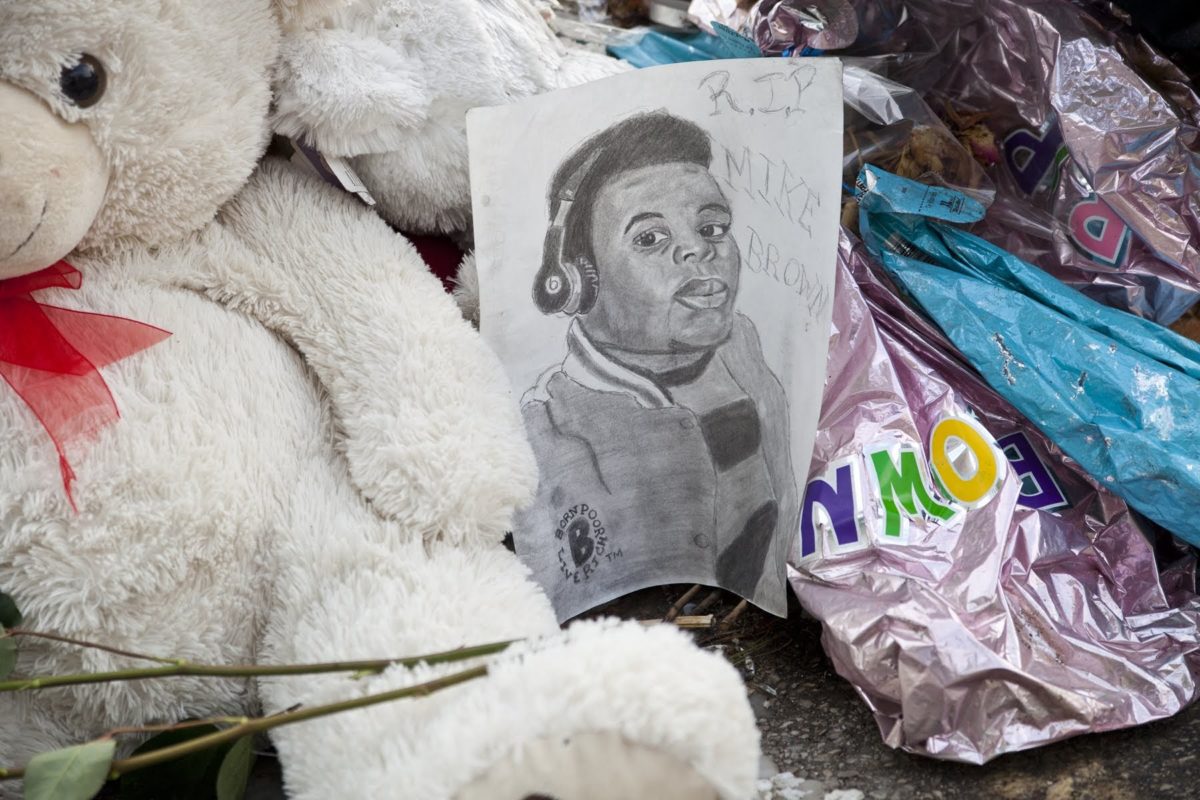 Right now, many people are looking for ways to be better allies to the black community. And that begins with an earnest attempt to understand the lived black experience in your nation. There are many ways to do so. One is by watching one or more of the masterful films about black lives and race in America. There are hundreds of them, and our resident cineaste Abbie Martin Greenbaum has curated a list of excellent films to start with. What movies are the best to watch to better understand black lives and the corrosive effects of racism? These are our picks of the best, most insightful films to watch right now to better understand, empathize and support the Black Lives Matter movement. Don’t miss this moment, dear reader.

As protests continue around the world in response to the murders of George Floyd, Breonna Taylor, Tony McDade, and so many other Black Americans, many people are looking to educate themselves on the racism, discrimination and violence that Black people have endured for four centuries in the United States.

While none of these problems are remotely new, it seems that many are opening their eyes in this moment of revolution and trying to learn what they can. And of course, one of the best ways to do that is through film. In these twelve movies you will have a secondhand glimpse into the Black experience in this country, and into the ways in which the systems that we rely upon have been created to actively oppress and cause harm.

Here are the outstanding and insightful documentaries and feature films that we’d suggest a good starting place if the way in which you’d like to engage in the process of better understanding Black Lives Matter and the impact of racism in America.

13th is quite possibly the single most important movie to come out of the last decade. Directed by legendary filmmaker Ava DuVernay, the documentary traces a devastating line through America’s history, connecting the dots of systemic racism all the way from the Civil War through the moment of Trump’s presidency.

Consider it an Oscar-nominated crash course in America’s prison industrial complex, and the way in which systems like this one simply replaced slavery as methods of racial control in the United States.  If you haven’t already seen this one, make it your first watch.

2. The Black Panthers : Vanguard of the Revolution

Directed and written by Stanley Nelson Jr, this documentary about the foundation of the Black Panther Party premiered at Sundance in 2015.

With a combination of interviews and archival footage, it offers a comprehensive view of the party’s birth and rise, showing the obstacles they met in their struggle for systemic revolution. It offers a necessary history lesson on the Party, which has so often been mischaracterized in later accounts.

Where to Watch: Amazon Prime and PBS

Samuel L. Jackson narrates the unfinished writing of James Baldwin, Remember This House, which is an account of the author’s relationships with Malcolm X, Martin Luther King and Medgar Evers.

Getting to hear Baldwin’s words read aloud in this way, illuminated by news clips and images, is an incomparable experience. We are lucky to have his perspective on America to inform us.

Where to Watch: Amazon and Kanopy

Daniel Lindsay and T.J. Martin have directed an unforgettable documentary, putting archival footage of the 1992 Los Angeles riots together with footage of other related rebellions and politicians’ responses.

There is a particular power in documentaries that do not include any voiceover or commentary, and here the directors have simply allowed the raw moments that the camera captured to speak for themselves.

Where to Watch: Netflix and Hulu

There could not be a more appropriate film to watch right now. Directed by Sabaah Folayan, this vital documentary covers everything about the 2014 uprising in Ferguson, Missouri, in the aftermath of the murder of Michael Brown.

One of the best films about black lives and the corrosive impact of race in America: Whose Streets? Courtesy Photo.

Watch it to understand the ways in which, all around the United States, racism has not only not gone away.  It has really never changed much at all.

Though Ava DuVernay’s When They See Us is a miniseries and not a movie, it is essential enough viewing that it merited inclusion here.

One of the best films about black lives and the corrosive impact of race in America: When They See Us. Courtesy Photo.

It is a further, brutal deconstruction of the failings of our legal system. It follows the lives of the five innocent young men.  Their lives were torn apart by accusations that they assaulted a woman in Central Park. Whatever you may know about the Central Park Five, you must watch this series if you have not already.

7. Boss: The Black Experience in Business

This PBS documentary traces the lives, achievements, and innovations of Black entrepreneurs throughout America’s history. Directed by Stanley Nelson, the film explores the tumultuous and little-known history of Black entrepreneurship in America. And the overwhelming odds Black Americans have faced and overcome to succeed in business.

Where to Watch: PBS

8. If Beale Street Could Talk

From Barry Jenkins (Moonlight), the adaptation of the James Baldwin novel is first and foremost a love story. Tish and Fonny’s lives are turned upside down by two events: when Tish discovers she is expecting a baby; and when Fonny is falsely accused of a crime and arrested.

The film is resolutely radiant from beginning to end, drawing into even sharper relief the unjust systems that thwart this beautiful couple and their families through what would otherwise be a joyful story of adolescent romance.

Ava DuVernay knocks it out of the park with this sweeping and emotional historic picture, which preserves on film the march that fought to eliminate voting restrictions for Black people in the United States.

David Oyelowo’s performance as Martin Luther King Jr. is impossible to forget, with an incredible supportive cast bringing to life this quintessential moment in history.

Spike Lee’s iconic film about the hottest day of the summer is a cinematic masterclass in showing, rather than telling. For two thirds of the movie, you watch as the tensions of racism and gentrification swarm between characters’ interactions and relationships, until at last everything explodes in some of the most memorable movie minutes of all time.

Though it was made in 1989, there is an eerie and horrific timelessness to its concluding events, making this film as necessary a watch now as ever before.

Where to Watch: Amazon (for rental or purchase), or anywhere you can rent movies

Starr Carter’s life is changed forever when her best friend, Khalil, is murdered by police right in front of her eyes. Based on Angie Thomas’s bestselling young adult novel, George Tillman Jr’s film tells a story that feels all too familiar.

One of the most insightful films about black lives and the corrosive impact of race in America: The Hate U Give. Courtesy Photo.

It does what fictional movies do best, and grants the viewer temporary passage into the mind of a young girl who has to live in a reality that her white classmates at school cannot understand. Though it puts the issue of police brutality front and center, it takes care to spotlight the other forms of racism that Starr has to endure on a daily basis.

Where to Watch: HBO Max and Hulu

Written by Daveed Diggs and Rafael Casal, Blindspotting is a story about two best friends living in the city of Oakland. Though the same issues of racism and police brutality run through the center of this story, they manifest in a friendship where Collin (Diggs) often pays the price for Miles’s (Casal) unhinged behavior.

One of the most insightful films about black lives and the corrosive impact of race in America: Blindspotting. Courtesy Photo.

This is a nuanced look at how racial inequality can permeate even the closest relationships. It shows how it can lead two men who have lived such similar lives in two different directions.

Where to Watch: HBO Max

Based on the book by Bryan Stevenson, Just Mercy is an account of the author’s own work as a defense attorney in Alabama. Michael B. Jordan plays Stevenson, with Jamie Foxx starring as Walter McMillan, the innocent death row inmate who Stevenson represented in court.

One of the best films about black lives and the corrosive impact of race in America: Just Mercy. Courtesy Photo.

The film drives home the decay at the very center of the US legal system. It is an extremely moving portrayal of Stevenson’s fight for justice.

Where to Watch: Amazon (for rent), or anywhere you can rent movies

14. The Immortal Life of Henrietta Lacks

Adapted from Rebecca Skloot’s best-selling nonfiction book of the same name, this feature film tells the true life story of Henrietta Lacks. Her cancer cells were illegally harvested in 1951 – and they subsequently led to significant breakthroughs in medicine, saving thousands of lives, and rendering her “immortal,”  against her will. Told through the eyes of her daughter Deborah Lacks (played by Oprah Winfrey), this is what to watch to better understand the health care crisis that is part of what is fueling the Black Lives Matter movement. It’s a devastating examination of the grim history of racial discrimination in the medical field. And the grave impact of racism on Black patients.

Those are the outstanding and insightful documentaries and feature films that we’d suggest as a good starting place if this is the way in which you’d like to engage in the process of better understanding Black Lives Matter and the impact of racism in America.