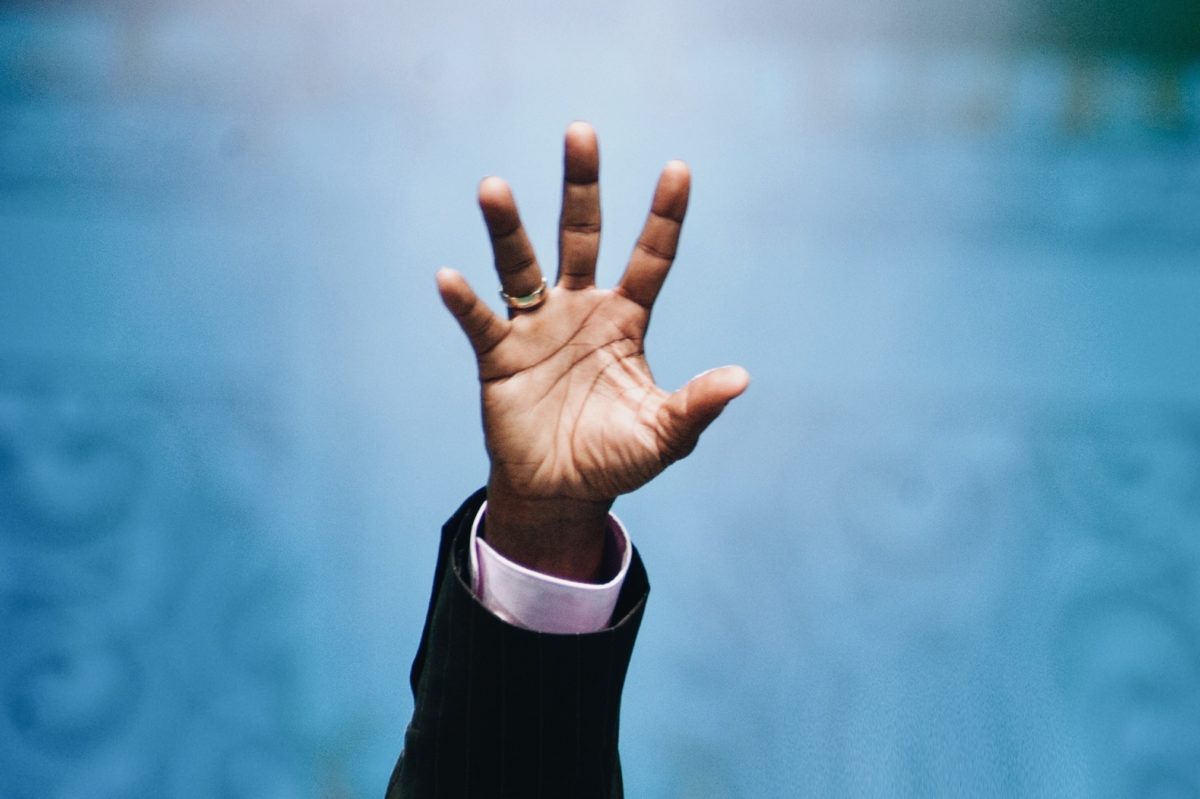 With the ongoing protests and marches for social justice unfolding across America and the world, we got to talking with our older relatives and our youthful friends and a lively debate ensued: what is the best playlist of protest music and songs? Music was integral to the civil rights movement and the anti-war protests of the 1960’s. What is the soundtrack of the current Black Lives Matter moment and movement? Our resident DJ Julie Chang Murphy has curated our list of the most popular protest songs from the civil rights era to the current day to fuel us and inspire us as we raise our voices and speak our truth.

What is the soundtrack of the Black Lives Matter movement?

The tectonic cultural changes that are erupting at this moment in time may seem fractious and extraordinary, but if looking back at the the rich tradition of protest songs in America is any indication, our relatively young nation has always had to deal with civil unrest.

Every era has its own galvanizing moment and issue like income inequality which inspired Woody Guthrie’s 1940s folk anthem for the working class, “This Land is Your Land.” The 60s anti-war movement had Bob Dylan’s “Blowin’ in the Wind” and “Times They Are a Changin.’”

At the same time, the civil rights movement had essential “freedom songs”  from Nina Simone’s “Mississippi Goddamn,” Sam Cooke’s “A Change is Gonna Come,” to Marvin Gaye’s “What’s Going On?” amongst others. More recently, in the aughts, female empowerment songs (a.k.a Beyonce’s entire canon) have risen alongside the #metoo movement.

The reason many of us can sing their songs is because the best protest anthems transcend their eras to become timeless statements, expressing the urgent recognition and need to overturn the status quo that brutalizes the lives of so many.

2020…what else do you have in store for us aside from a raging pandemic, grisly immigration policy outcomes, ongoing culture wars, a potential cold war, and police violence? Our problems, which have been problems for a long time, don’t seem to be going anywhere.

Can music help change the world? We think so. At times of political and social upheaval, music can be a rallying cry that galvanizes us to awareness and action. It’s an impassioned plea to be heard. It encourages us not to give up imagining and working towards a more ideal America.

What are the Best Insightful Films About Black Lives?

With that in mind, here is a playlist of 20 of the most relevant protest songs past and present. It will fuel you while you’re making posters, signing online petitions, calling representatives, or just need to feel validated. Fair warning – expect some justified explicit language.

Our music playlist of classic and new protest songs.

What is the best playlist of protest and social justice music and songs?

Of his song following the murders of George Floyd, Breonna Taylor, Ahmaud Arbery, and so many others, Trey Songz said he wanted to write a song “especially for our people” and “to speak to everyone’s hearts and acknowledge the pain and anguish everyone is going through right now.” We start off the playlist with this earnest and heartfelt ballad.

The Chicks, formerly known as The Dixie Chicks, are just as feisty and rabble-rousing as ever in this newly released single, “March March.” The lyrics address many of the biggest problems of the day: gun control, global warming, and reproductive rights.

3. The Killers: Land of the Free

Frontman Brandon Flowers was driven to write the lyrics to this gospel-influenced song during the aftermath of the Sandy Hook shooting. As injustices piled up with the deaths of Eric Garner and Trayvon Martin, followed by the shootings in Las Vegas, Orlando, and Parkland, he still felt like “I’m not the guy to do this.” But we’re glad he did. The band’s stripped down update reflecting new lyrics after the murder of George Floyd can be found here.

This iconic protest song was originally released at the end of the 1980s– a volatile period for racial injustice in New York City. It is an anthem of rage and defiance and the hard-hitting beat and lyrics make anyone who is paying attention want to take to the streets.

Tracy Chapman’s ode to economic injustice is especially poignant as reports of food insecurity and the struggle to file unemployment claims dominated the news during the pandemic. “While they’re standing in the welfare lines/Crying at the doorsteps of those armies of salvation/Wasting time in the unemployment lines.” It’s hard to believe that this bleak scene could apply to America in 2020 but perhaps, “the tables are starting to turn.”

Released in the final hours of Juneteenth this year, BLACK PARADE draws on influences from trap, electronica, African songs, and hip-hop, to celebrate Black pride: “We got rhythm/We got pride/We birth kings/We birth tribes/Holy river, holy tongue/Speak the glory, feel the love.”

Artists Leon Bridges and Terrace Martin were compelled to release their new song ahead of schedule as a response to the murder of George Floyd. The song is written from the perspective of a black man taking his last breath and feeling his spirit leave his body. In a press release for the song, Martin described, “This is meditation music; it is not music for the ears but rather music for the heart.”

This punk anthem was originally released under the reign of George W. Bush after 9/11 and deals with themes of feeling alienated from the political establishment and distrusting the media who was propagandizing the Iraq War. Under the current administration, it became relevant again. It even raced to the top of the charts in England when the President paid a visit to the Queen.

We’ll be honest- when we first heard M.I.A.’s 2007  ear worm, we did not immediately recognize its political message. As critics have written, the song “straddles the line between critiquing and indulging American culture, with its anthemic chorus and gunshot sound effects.”  Inspired by the artist’s own immigration issues, it is a subversive song that satirizes American attitudes toward immigrants from Third World nations.

10. First Aid Kit: You are the Problem Here

The despair and blistering anger is laid bare in this Swedish duo’s song against rape and sexual assault. But don’t call it political. Klara Söderberg, half of the duo said, “It’s not political to us to be against rape, it’s so obvious, like a human right.”

Could this track be the defining song of the Black Lives Matter movement this year? So far, it is the most popular, with 65.4 million audio and visual streams. The artist’s righteous anger is palatable in his rapping: “It’s bigger than black and white/It can’t change overnight/But we gotta start somewhere/Might as well gon’ ‘head start here/We done had a hell of a year/I’ma make it count while I’m here.”

The Black Culture Guide to the Best of Martha’s Vineyard

From Teen Vogue to NPR, Formation has been thoroughly analyzed and dissected. The powerful single and accompanying video takes a stand against police brutality. It also unapologetically celebrates Black beauty, culture and heritage.

14. Childish Gambino: This is America

Winner of the 2019 Grammy for Song, Record and Video of the Year, this opus became a cultural phenomenon together with its masterpiece of a video. The song addresses the red-hot topic of gun violence. It is intertwined with the black experience with a deliberate jolly, folk-inspired rhythm that belies its serious message.

What are the most popular protest and social justice music and songs that provide the soundtrack for Black Lives Matter?

One of the best parts in the Broadway musical, Hamilton, is when the actors playing Lafayette and Hamilton rap “Immigrants, we get the job done.” In the Hamilton Mixtape, an album of covers and re-imagined variations of Hamilton songs encompassing pop, hip-hop, R&B, and rap, four rappers — a Somali Canadian, Puerto Rican, British Pakistani and Mexican-American deliver their respective lines about the contemporary immigrant experience. “I been scoping ya dudes, ya’ll ain’t been working like I do/I’ll outwork you, it hurts you/You claim I’m stealing jobs though.”

This is another one to set the mood as you’re heading out the door to a march or rally. Anthony Kiedis raps and sings with urgency and defiance, “Come on courage, let’s be heard/Turn feelings into words/American equality has always been sour/An attitude I would like to devour.”

17. Mavis Staples: We Shall Not Be Moved

This spiritual based on Bible verses became popular during the Civil Rights movement. It has been adopted by labor activists, as well as sit-in protesters, as a show of resistance. With its simple melody and adaptability for a chorus of people, the effect is commanding and peaceful at the same time.

Inspired by social ills committed in the United States, specifically citing the 1965 Watts riots as a turning point, Gaye is quoted, “With the world exploding around me, how am I supposed to keep singing love songs?” This song endures, glowing full of compassion and love for humanity.

What are the most popular and powerful protest and social justice music and songs that provide the soundtrack for Black Lives Matter?

19. Sharon Jones & The Dap Kings: This Land is Your Land

While many of us sang this as a ditty in school, working class soul singer Sharon Jones’ 2004 version is slower – and more subversive in all the right ways. “One bright sunny morning, well, in the shadow of a steeple/Down by the Welfare office, I saw my people/You know, now, they stood hungry, I stood wondering/I was wondering if this land was made for you and me.”

20. Bob Dylan: The Times They Are-A-Changing

Our final pick is this Dylan classic. To us, its message that change and reform is inevitable, that “the order is rapidly fadin’” is something that gives us hope in these dark times.

The soundtrack of Black Lives Matter

Those are our picks for the best playlist of popular and powerful protest music and songs that can provide the soundtrack for this moment in the Black Lives Matter movement. We hope you’ll take a listen and get fired up! We’ve come a long way but still have much work to do. What else would you add to this playlist?