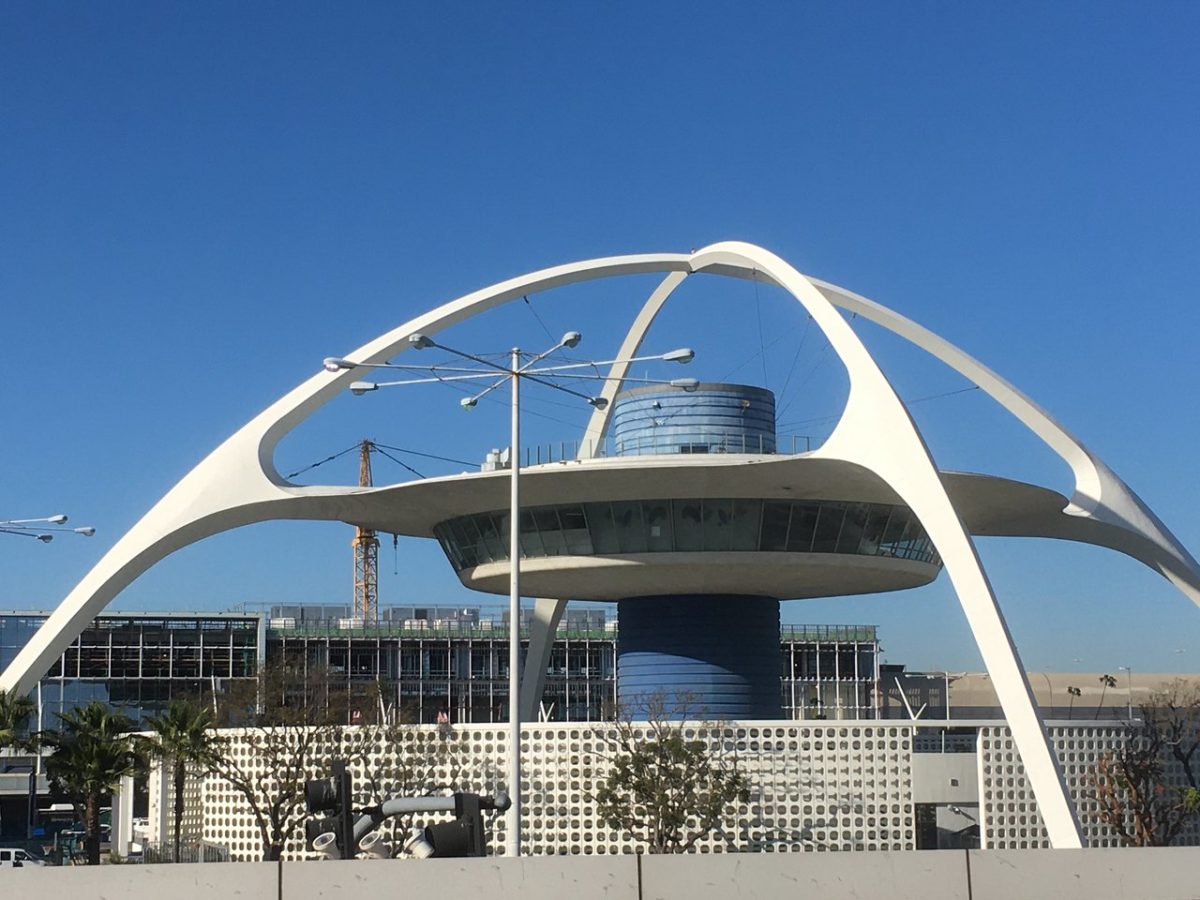 Who are the most influential African-American architects in the nation’s history? Our correspondent Julie Chang Murphy has done the research, and now she’s sharing the biographies and notable buildings designed by eight of the most famous pioneering black architects in America – names we all need to know and celebrate.

Here at Dandelion Chandelier, we have been on a mission to celebrate and amplify the work of leading black designers, authors and founders in the fields of publishing, fashion, and beauty.

While doing research for this piece, the words of Michel Smith Boyd of Smith Boyd Interiors’ struck me and stayed with me: “At every turn, there’s an unspoken, never-ending requirement to prove myself talented enough, worthy of consideration, and that I deserve and have earned said opportunity.”

This sentiment seems ubiquitous for BIPOC in many industries. But it is perhaps felt most acutely in the world of luxury design. Where the biggest names are often descendants of blue blood society families, posing on their ancestral estates for glossy publications.

It’s not just an impression – the statistics back it up. Only 2% of the members in the American Institute of Architects and American Society of Interior Designers are African-American.

We think it is especially important to advocate for more diversity and black representation in architecture. As Pascale Sablan, an architect and founder of Beyond the Built Environment, an organization that engages community through architecture, writes: “Strong and healthy communities, rich in diversity, make strong nations…poorly appointed architecture perpetuates inequity. These inequities more often adversely affect communities of color…” Inclusion can be manufactured through policy, but it can also be helped along with good design.

In this first of two installments, we are celebrating the pioneering Black architects who have shaped America throughout the nation’s history. Their thoughtful work has not only contributed to the aesthetic beauty of our country. But also to its intellectual and cultural legacy.

Sadly, many of their names are largely unknown – despite their barrier-breaking careers. It’s high time they become household names.

Although the breadth of work from these black architects is astonishingly broad – collectively, they designed everything from residential homes and libraries to churches, hotels and corporate buildings – the odds facing them as professionals were even more breathtaking.

They were routinely discouraged from pursuing study and work in the field of architecture. Discriminated against during the hiring process. And in some cases, not even even allowed on the very premises they were designing.

As noted by historians, in some cases, it has also been difficult to attribute their work, as many architectural firms at the time refused to put their names on the blueprints. Or have them meet with clients face-to-face.

Despite all of those obstacles, and many more, the work speaks for itself. May we never look at these magnificent buildings in quite the same way ever again.

Although John S. Chase attended the University of Texas at Austin School of Architecture – after black access to institutions of higher education was broadened in 1950 via Sweatt v. Painter – no firms would hire him after graduation. Instead, Chase founded his own practice, and initially worked designing homes and churches.

Inspired by Frank Lloyd Wright’s Usonian ideals, Chase envisioned modern, spacious and democratic structures. He designed the first Black-owned bank: Riverside National Bank in Texas. And was also the architect of more than half of the buildings on Texas Southern University’s campus. Chase was community-minded, and a founding member of what later became the National Organization of Minority Architects. Chase also became the the first African-American to serve on the U.S Commission of Fine Arts when President Jimmy Carter appointed him.

As the first African-American architecture graduate of the University of Pennsylvania, Julian Abele later joined the eminent Philadelphia firm of Horace Trumbauer. Eventually, he took over the leadership of the firm after Trumbauer’s death. Abele designed more than 30 buildings for Duke University, including its chapel, library, stadium, medical school, and hospital. In a perverse twist of history, those English Gothic and Georgian buildings he designed were inaccessible to African-American students until 11 years after his death in 1961.

His legacy at Duke was finally recognized in the 1980’s, when Duke students made Abele a centerpiece of their racial justice activism. His great-grandnephew Peter Cook is a Washington, D.C., architect who served on the design team for the Smithsonian’s National Museum of African American History and Culture on the National Mall. Pictured above is his stately Beaux-Arts-style Free Library of Philadelphia for which he was the lead architect.

Norma Merrick Sklarek is a true pioneer, overcoming both racism and sexism to become the first licensed African-American woman architect in her native New York in 1954. She repeated this ground-breaking act in California in 1962. At the start of her career, Sklarek endured being rejected for work by nineteen firms. She later said of the experience: “They weren’t hiring women or African-Americans, and I didn’t know which was working against me.” We feel you, girl.

When she did eventually land a job, she found herself being assigned to menial roles, like designing bathroom layouts. Like many women architects in corporate firms, for most of her career Sklarek served as a project manager, rather than as design architect. Still, she is credited with high profile projects, including Terminal One at the Los Angeles International Airport (LAX), San Bernardino City Hall and the Pacific Design Center.

The notable celebrity clients of Paul Revere Williams include several of the most famous names in Hollywood. He designed over 2,000 homes, including elegant abodes for Desi Arnaz and Lucille Ball, Frank Sinatra, and Barron Hilton. His signature curving staircases, pink-and-green palette, and open, flowing layouts are now commonly associated with mid-century Hollywood glamour.

The iconic space-aged Theme Building at Los Angeles International Airport? That’s Williams, too. Eight of his buildings have been named to to the National Register of Historic Places. The American Institute of Architects posthumously bestowed on him its highest honor in 2016, making him the first African American to receive the award; he joins the ranks of Frank Lloyd Wright, I M Pei, and Louis Kahn.

The first Black female architect licensed in the United States, Beverly Loraine Green earned her accreditation in Illinois in 1942. However, she was  continually denied work due to racial prejudice. So Green moved to New York City. Like Abele, several firms there hired her to work on buildings that at that time did not even allow black people to enter them.

In one case, it was her work on the development of Manhattan’s Stuyvesant Town, a private housing complex. Green then went on to collaborate with internationally-known modernists. With Edward Durell Stone, she collaborated on the Sarah Lawrence College arts complex. And with Marcel Breuer, she worked on the design of the UNESCO Headquarters in Paris.

Robert R. Taylor was the first black graduate from the Massachusetts Institute of Technology, in 1892. Booker T. Washington subsequently recruited him to expand the campus of the famous Tuskegee Institute. Included in his portfolio are over 25 buildings on the Tuskegee campus, including Washington’s own home, The Oaks. Taylor also designed libraries for black colleges and universities in Alabama, North Carolina, and Texas.

Influential African-American architects in American history. The Oaks, Booker T. Washington’s home at the Tuskegee Institute, was designed by Robert R. Taylor and built in 1899. Photo Courtesy the Library of Congress.

A devotee of Washington’s cause, Taylor was faculty member at Tuskegee. In that role, he managed to exert a healthy influence over the far more pragmatic Washington, who evolved from his “manual arts” focus and ultimately recognized the value of training in visual arts and design. Washington famously wrote that “We must not only have carpenters but architects; we must not only have persons who can do the work with the hand but persons at the same time who can plan the work with the brain.”

A pioneer in more ways than one, Vertner Woodson Tandy is the first registered black architect in the State of New York. He was also one of the founders of the prestigious Alpha Phi Alpha fraternity while at Cornell. And the first African-American to become a member of the New York National Guard during World War I.

He created works like Saint Philip’s Episcopal Church and the Ivey Delph Apartments, a six-story Art Moderne building. The government later added it to the National Register of Historic Places. But his most well-known commission is the Villa Lewaro, the mansion of beauty mogul, Madame C.J Walker.

Wigington played a major role in the design of two buildings that are on the National Register of Historic Places: an octagonal 1928 water tower with an arched observation deck, and the Holman Field administration building. Known for handsome and functional permanent structures, Wigington also had a great Upper Midwestern sense of humor. He is also famous for his magnificent, massive ice castles for the famous annual St. Paul Winter Carnival.

In our next installment, we’ll feature the work and stories of contemporary Black architects and interior designers who have followed the trails blazed by these design luminaries.