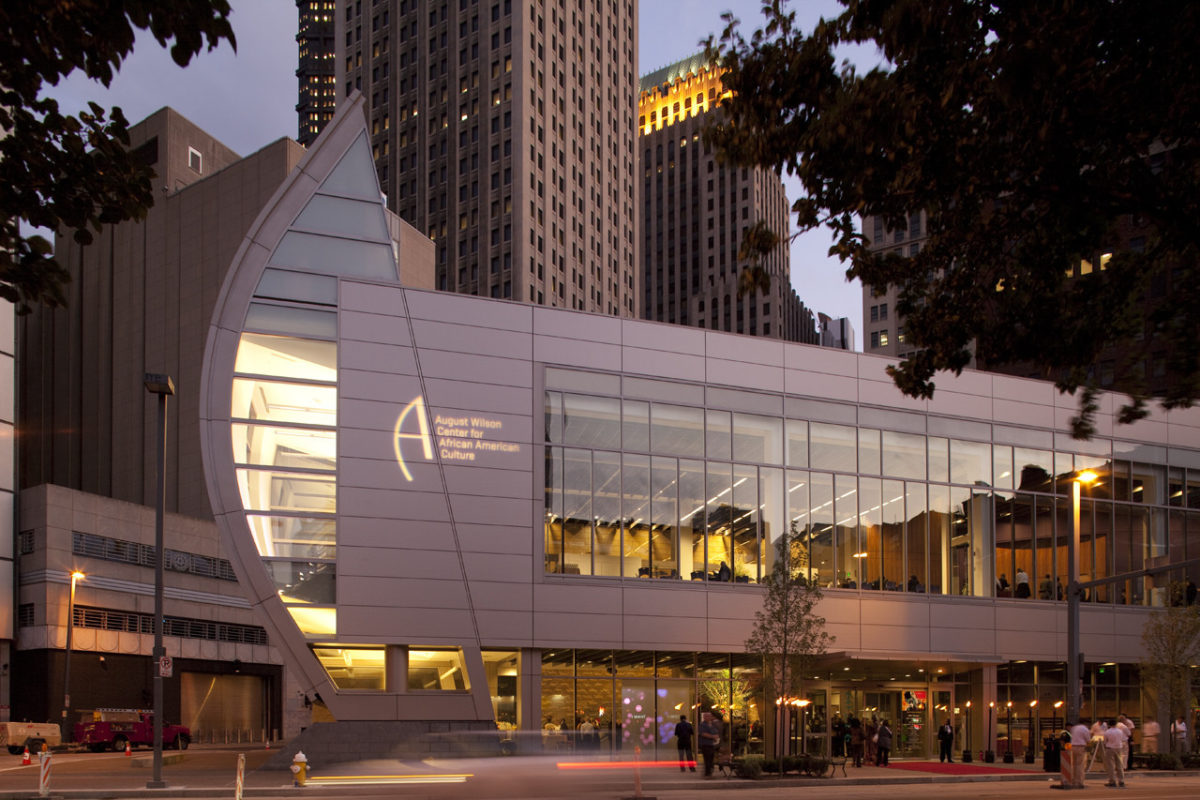 Who are the most influential African-American architects in the world right now? Our correspondent Julie Chang Murphy has done the research, and now she’s sharing the biographies and notable buildings designed by some of the top black architects working in America today – names we all need to know and celebrate.

the most influential African-American architects

Less than 2% of the approximately 113,000 architects currently licensed in the United States are African American. But thanks to the Black Lives Matter movement, their visibility is on the rise.

Publications like ours have been featuring the work and lives of black luminaries in an effort to increase awareness of the breadth of their talent and influence. In our previous installment on black architects, we featured the sometimes unsung and under-appreciated trailblazers who made their mark on the American skyline. Often in spite of discriminatory laws that prevented them from even entering the very buildings they designed.

In this piece, we are featuring 10 contemporary top black architects you need to know. While by no means exhaustive, consider it an intro into the brilliant people behind the buildings you probably know in the cities you love.

“If you start feeling like people don’t understand you because you’re different,” Allison Grace Williams says, “you’re going to spend a lot of your creative juices and brain cells on that, instead of excelling and enjoying what you’re doing.”

It’s advice worth taking from this award-winning, social and civic-minded architect. Her distinguished buildings have been described as bold, luminous and modern.

Her international portfolio includes The August Wilson Center in Pittsburgh. The Campus for Research Excellence and Technological Enterprise in Singapore. The Calexico United States Port of Entry in California. And the Princess Nora Abdulrahman University Health Sciences and Research Campus in Riyadh, Saudi Arabia.

After rising through the ranks at prestigious architecture firms like Skidmore, Owings & Merrill, Perkins and Will, and AECOM, Williams founded her own design practice, AGWms-studio in 2017.

the pioneering black architects you need to know

Curtis Moody is the CEO and President of the Columbus, Ohio-based firm Moody Nolan. It’s the largest African-American owned architecture firm in the U.S. Moody notes with wry humor that he wants to be defined as “Just an architect. But a really good one.”

In an interview, Moody shares that his desire to design buildings goes back to grade school, when he entered a model house competition at the Ohio State Fair and won second place. As a former basketball player at Ohio State University in the 1970’s, Moody first established his reputation by channeling his passion for athletics into designing sports and recreation facilities.

Architecture is in Peter Cook’s genes. His great-grand-uncle is the famous architect Julian Abele, who designed Philadelphia’s Free Library, Harvard’s Widener Library, and over 30 buildings on Duke’s campus.

His enduring philosophy is “that architecture ultimately comes down to the people who occupy the space” and that it is “artwork performed in a social setting.” Cook’s most high-profile example to date are his contributions to The National Museum of African American History and Culture, made as part of a collaboration with other black architects.

There are still fewer than 500 Black women licensed to practice architecture in the United States. And Detroit native Kimberly Dowdell is the 295th to obtain her license. She decided to become an architect when she was 11 years old, curiously asking why no one had paid attention to the iconic but dilapidated Hudson’s department store that anchored the downtown shopping district.

This year, she became the second youngest president of the National Organization of Minority Architects (NOMA) at age 36. She is spearheading a mentorship program and camp that introduces children in middle and high school to the profession of architecture.

And as part of a task force of the CEO’s of the 60 largest architecture firms in North America, she developed the Diversity 2030 Challenge. It’s an effort to more than double the number of black licensed architects (from 2,300 to 5,000) in the next ten years. Dowdell also finds time to be a Principal Architect in the Chicago studio of HOK, a global design, architecture, engineering and planning firm. Prior to this position, the Cornell and Harvard-educated architect was focused on a major $12 million project to revitalize the Fitzgerald neighborhood in her native Detroit.

Marshall Purnell’s accomplished career includes being the first African American president of the American Institute of Architects (AIA). With his late partner, Paul S. Devrouax, he co-founded the firm Devrouax & Purnell Architects and Planners in 1978. The firm had scrappy and humble beginnings, working on row houses and renovating historic buildings.

Their work went on to include several prominent athletic stadiums, including the $850 million Washington Convention Center. The $700 million Washington Nationals Baseball Park. And the Washington NBA and NHL venue, the Capital One Arena (formerly known as the Verizon Center). The firm was also responsible for PEPCO Energy’s corporate headquarters. FreddieMac corporate headquarters. And The National Martin Luther King, Jr. Memorial.

Husband and wife team William Stanley III and Ivenue Love-Stanley first met in 1972 at Georgia Tech. That’s where Stanley was the first African-American to complete a degree from Georgia Tech’s College of Architecture. Five years later, the younger Love would become the first African-American woman to graduate from Georgia Tech’s College of Architecture. Their initial collaboration was marriage. And then, an Atlanta-based architectural firm: Stanley Love-Stanley PC. Together, they make a successful team, with Stanley as the principal designer and Love-Stanley managing the production side.

Their firm’s work has included many award-winning landmark projects that have helped to shape Atlanta. Including the New Horizon Sanctuary at Ebenezer Baptist Church,  a 34,000-square-foot-structure that includes a 1,600-seat sanctuary, educational building, peace plaza, bell tower, and prayer garden. For their alma mater, they designed the Olympic Aquatic Center in Atlanta on the campus of Georgia Tech. The site of the 1996 Olympic competitions for swimming, diving, synchronized swimming, and water polo is still in active use today.

A star in the world of architecture, Sir David Adjaye hardly needs an introduction. The celebrated architect was exposed at an early age to different cultures and architectural styles. Born in Tanzania, as a young boy, Adjaye and his Ghanaian parents traveled and lived throughout Africa and the Middle East. He often cites these experiences as influences on his approach to design. Another important influence was his youngest brother, who needed the use of a wheelchair. Causing Adjaye to contemplate what he calls the “social responsibility” of architecture.

Adjaye won his most prestigious commission to date in 2009. He was chosen from a field of respected architects to design the Smithsonian Institution’s National Museum of African American History and Culture in Washington, D.C. Prior to that, his work included large-scale public buildings. The Idea Stores, library and community center hybrids in two London neighborhoods. The Nobel Peace Centre in Oslo. The Museum of Contemporary Art in Denver. And the Moscow School of Management. Adjaye was knighted by Queen Elizabeth II in 2017 for his contributions to architecture.

CEO and Design Principal of his eponymous architecture firm, Michael Marshall has said “I think African American architects and other minorities can bring some of the nuances that might not be covered when looking at the development of the city.” He came of age in Washington, DC during the 1968 riots that followed the assassination of Dr. Martin Luther King, Jr. Marshall has been involved in projects that have brought some of those devastated areas back to life.

Some of his notable projects include the Howard Theater. Chuck Brown Memorial. Audi Field. Entertainment Sports Arena. The DC Water tower. And the University of the District of Columbia’s student center.

Who are the Top Black Luxury Menswear Designers?

Griffin, one of the leading black women in architecture and urban planning, specializes in spatial and racial justice. Her disruptive approach centers around designing “just cities”. It is a concept she’s been developing since she was a Loeb fellow at Harvard in 1997 and where she is now a professor at the Graduate School of Design. She has served as Project Director for the Detroit Work Project, and released Detroit Future City, a comprehensive citywide framework plan for urban transformation.

Other cities to benefit from her expertise? St. Louis, Memphis, Milwaukee, Pittsburgh and Newark, where she was responsible for creating a centralized division of planning and urban design. And launching the city’s complete overhaul of its comprehensive master plan and zoning ordinance.

Principal of Jaklitsch/Gardner Architects, Gardner was mentored by William Stanley and Ivenue Love-Stanley. His firm’s projects range from Marc Jacobs showrooms and stores to the Tanzania Beekeepers Asali & Nyuki Sanctuary in Dodoma. He has also led the design efforts for centers for culture and education, like the Monument to Foot Soldiers in Birmingham.

Gardner also serves as Director of the Graduate Architecture Program at Parsons School of Design. He says that “Diversity does not just happen…when you get those jobs that you have been so brilliantly trained for, just remember that your real job is that if you are free, you need to free somebody else. If you have some power, then your job is to empower somebody else.”

There you have it: 10 distinguished black architects whose significant contributions to architectural achievements are facts we should all know. Next up, we will be featuring the gorgeous work of leading black interior designers. Get ready for some serious eye candy.