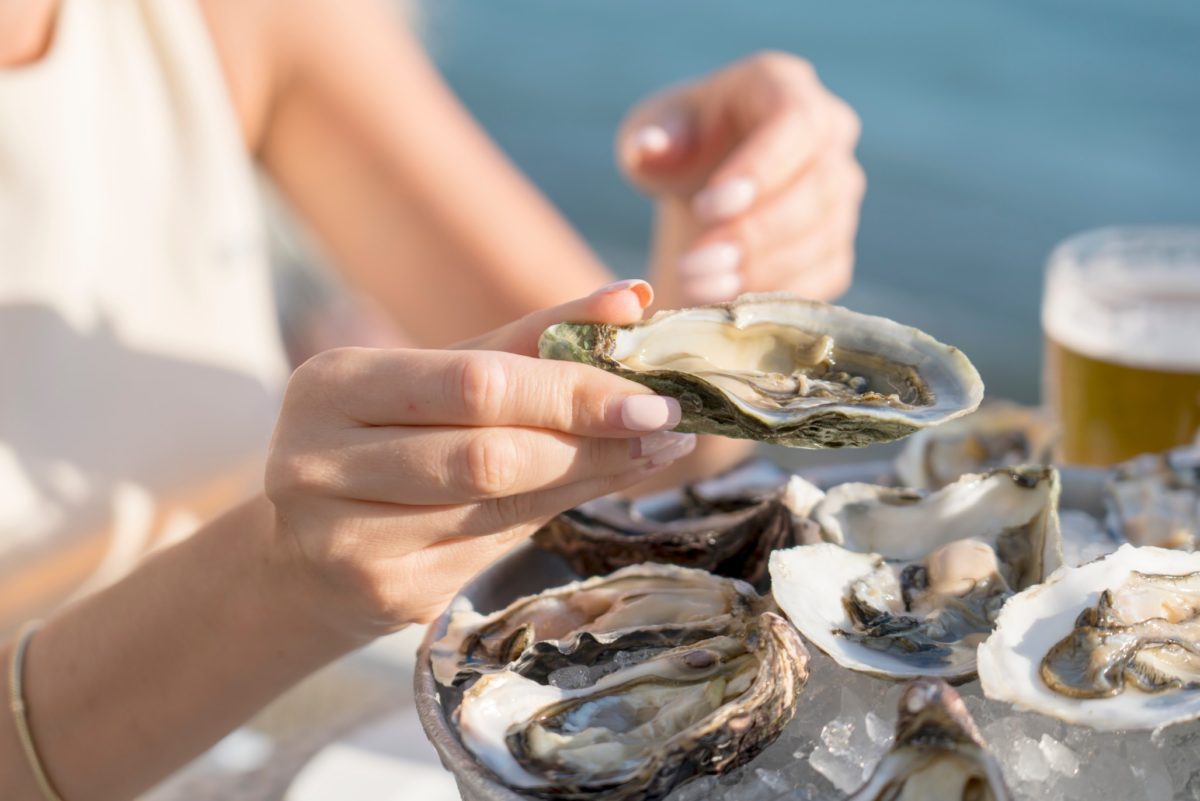 Our Luxury Calendar provides a comprehensive overview of the top events unfolding around the world every month. Some are micro-luxuries (like a really good book) and others are on a grand, epic scale. Personally, if schedules and money were no object, and we could do anything we’d like, here are our top picks for the best luxury events and experiences in the world in August 2020. Consider it your luxury calendar of the can’t-miss events in fashion, art, music, sports, travel and culinary arts in this month of August.

our top picks in the world of luxury for August 2020

Though it may not feel like it at times due to on-again, off-again lock downs from COVID-19, we are officially in the dog days of summer.  And despite what you may think of summer 2020 so far, August has the potential to be stellar.

For instance, for three nights across France, les nuits des étoiles will encourage contemplation of the night sky.

There’s terrestrial as well as celestial fun on the docket: coronavirus-friendly camper vacations, new films to stream, beach reads and plenty of rosé. There’ll even be baseball, basketball and hockey games!

From wild abandon in the virtual desert to outdoor operas – from classic cars to tennis stars – there’s potential joy all around.

It’s hard to narrow the list down to just the top 25 picks in the world of luxury in August 2020, but here goes.

Copenhagen Fashion Week will be a hybrid event featuring both physical and digital shows.  The move towards livestreaming isn’t just the result of COVID-19, but also the event’s efforts to become more accountable for its carbon footprint – Aug 9 – 12

East Hampton continues to be the center of the art world this summer.  In Free Clean Money, artist Katherine McMahon will be teaming up with pianist Ray Angry for a pointed performance art piece at Guild Hall, sanitizing $1 bills and offering them up to audience members on literal silver platters – Aug 1

The Market Art + Design Fair in the Hamptons will be hosted virtually by 1st dibs for its 10th edition. There will be more than 30 galleries from around the world. It will be showing a range of art and design – Aug 2 – Sep 7

From Olympic venues to a world-class airport, The Complete Zaha Hadid ($60) gathers the complete works of the first female architect ever to win the Pritzker prize and one of the greatest architects of the 21st century

The New York Times bestselling author of H is for Hawk returns with Vesper Flights, a luminous collection of essays about the natural world. The topics range from nostalgia for a vanishing countryside, to the tribulations of farming ostriches, to the ritual of her own private vespers while trying to fall asleep. We sit beside her observing massive migrations of songbirds from the top of the Empire State Building. Watching tens of thousands of cranes in Hungary. And seeking the last golden orioles in Suffolk’s poplar forests. It’s a poignant mediation on what nature can teach us if we care to learn.

Sundance’s Boys State on Apple TV+ is a political coming-of-age documentary that examines the health of American democracy through an annual event – the gathering of a 1,000+ 17-year-old boys in Texas to create a representative government from the ground up – Aug 14

Horror auteur Jordan Peele is headed to HBO. Together with Misha Green, the duo have created the horror period piece Lovecraft Country adapted from Matt Ruff’s novel of the same name. The show follows a young man (Jonathan Majors), his friend and uncle as they travel across ’50s Jim Crow South in search of his missing father, and confronting the terrors of a racist America and literal monsters. It is inspired by the work of horror writer H.P. Lovecraft – Aug 16

Director Christopher Nolan drops his latest cerebral thriller, Tenet, starring John David Washington, Elizabeth Debicki and Robert Pattinson.  After multiple delays due to Coronavirus, the sci-fi film will finally make its debut. It will make its debut internationally before opening in select cities in the U.S. over Labor Day weekend – Aug 26

In place of the traditional event, Burning Man will host an online festival called Virtual Black Rock City or VBRC, which will “lean into” the 2020 theme, The Multiverse – Aug 30 – Sept 2

The Chicago music festival Lollapalooza will take place in livestream form. And will include performances from around the city and beyond, epic archival sets from Chicago and the festival’s six international editions, never-before-seen footage from the 1990’s and more – through – Aug 2

12. The Seth Concert with Cheyenne Jackson

The 27th edition of the experimental Ice Factory Festival has gone digital.  This year’s line-up will include Beginning Days of True Jubilation (a start-up satire by Mona Mansour), and we need your listening (an audience-of-one digital performance experiment), Who’s There? (a Zoom-enabled collaboration among Singaporean, Malaysian, and U.S. artists) It will also include A Burning Church (Nehemiah Luckett, Alex Hare, and Zhailon Levingston’s musical about a megachurch in crisis) – through Aug 15

Opera returns to Glyndebourne this summer with open-air performances that will include a musical journey spanning six centuries, including works by Gabrieli, Wagner and Mahler among others – Aug 12 – 28

BBC Proms will conclude with a series of live performances from the Royal Albert Hall.  Each of the BBC Orchestras will perform. In long-standing Proms tradition, the BBC Symphony Orchestra will open and close the series culminating in a Last Night of the Proms – Aug 28

Christie’s and Stadium Goods have partnered to offer a unique sneaker exhibit and sale based on Michael Jordan’s era-defining Chicago Bulls career.  A portion of the proceeds from the auction, dubbed Original Air, will be donated to the NAACP Legal Defense Fund – though – Aug 2

Formula 1 heads to the UK for the Pirelli British Grand Prix, then to Spain for the Aramco Gran Premio De España before finishing up the month in Belgium for the Rolex Belgian Grand Prix – Aug 2, 16, 30

RM Sotheby’s is hosting the virtual SHIFT/Monterey Auction, which will be the largest auction of its kind to date, consisting of over 200 collector cars.  Highlights include a 1957 fire engine red Mercedes roadster, a stately 1932 Packard, a 1991 Ferrari F40 and a 2014 Pagani Huayra – Aug 14 – 15

The men’s and women’s tennis tours resume this month and will include the fan-free U.S. Open at the U.S.T.A. Billie Jean King National Tennis Center in Queens – Aug 31 – Sep 13

Amenities are the focus at the brand new Brenton Hotel in Newport, Rhode Island.  Top offerings include having a Peloton delivered to your room and staff-led biking trips.  Though for a thoroughly Newport activity, charter the hotel’s Hinckley Picnic Boat for a sunset cruise – Aug 1

22. A wonderful resort in Bermuda

You may not be able to work from the office at the moment, but US residents can now take their work-from-home set-up to a sandy Bermuda beach. Following the passage of new legislation, Bermuda has launched the One Year Residential Certification program, which grants non-Bermudians permission to work or study from the island for twelve months, with unlimited entries/exits allowed – Aug 1

The luxury fashion, music, art and culinary events calendar for August 2020: we can all work from home in Bermuda! Courtesy Photo.

Nobu Hotel Warsaw will open its doors this month and is the group’s first hotel in Poland.  The new hotel is located in the lively Wilcza neighbourhood and is the cultural heart of the Polish capital. It is just a walk away from the Old Town – Aug 3

The riverfront Thompson Washington D.C. will get another chance at an opening this month (it originally launched in January). Sitting in Navy Yard, the hotel combines elements from its nautical surroundings and mid century modern accents in 225 rooms. These rooms peer over the river or Nationals Park – Aug 20

Angel’s Envy is pushing the envelope yet again. A bourbon finished in old-growth Japanese oak casks called mizunara to celebrate 10 years in the whiskey biz.  The brand’s 10th Anniversary Edition will have a limited run of only 1,200 bottles and it comes in an equally exclusive, reusable crystal decanter – Aug 19

Our top picks in the world of luxury in August 2020: Angel’s Envy 10th anniversary special edition.

In addition to all of that, August 1st is National Girlfriends Day, where we take the time to show our baes, BFFs and besties how much we love them.  August 25th is National Kiss and Make Up Day (a potential do-over for those who blew it on the 1st).

August 26th is Women’s Equality Day – the day women achieved the right to vote in the US in 1920. It is a chance to celebrate women leaders in every field of endeavor.  It is also National Dog Day. A day “for people to recognize the importance of dogs and how they impact their lives on a daily basis.”

Our top picks in the world of luxury in August 2020: National Dog Day.

top picks in the world of luxury events for August 2020

Wow – what a month it could be! Those are our top picks in the world of luxury events and experiences in August 2020. What’s your top pick for the month? Whatever you decide to do, have fun out there. Wherever August takes you – or not – we wish you a healthy and luminous month.

Jillian Tangen is the Head of Research at Dandelion Chandelier and a former Senior Research Analyst at McKinsey & Co and Analyst at Shearman & Sterling. She is an avid fan of Nordic design, having owned an independent lifestyle store and sales agency focused on emerging Scandinavian design. She loves cross-country skiing, the New York Rangers, reading, travel and discovering new brands.