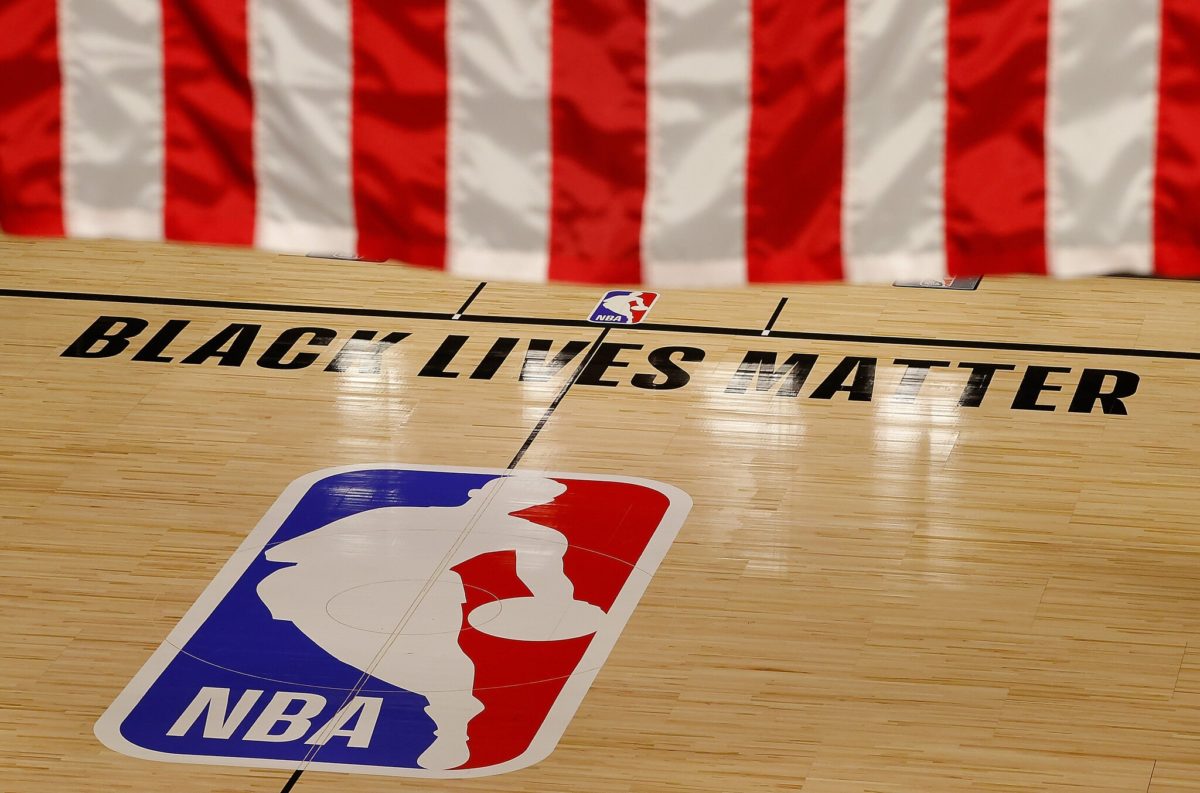 This Week in Sports Talk (TWIST) is our weekly roundup of top headlines from the past seven days in the world of sports, plus a preview of what’s up next. Heading into the week of August 30, 2020, here’s the top sports news, with a twist. Skim it, and you’ll be good to go all week.

If there was ever any doubt about whether sports, culture, politics and national identity are all inextricably intertwined, this week is proof positive that it’s so.

On Wednesday night, as citizens in Kenosha, Wisconsin and others around the nation and the world grieved over the shooting of Jacob Blake seven times in the back by a policeman during a non-violent encounter, and the subsequent deaths of two protesters at the hands of an armed teenager, many of the U.S.A.’s professional sports teams and individual players called a halt to competition.

Teams from the NBA, WNBA, MLB, NHL and professional soccer – and individual players like Naomi Osaka – laid down their gear and raised their voices about racial justice and equality. Seasoned coaches, players and sportscasters, like the LA Clippers’ Doc Rivers, brought us to tears with their words of sadness, fear and frustration. And moved us with their unwavering commitment to keep working for justice until we see a better day.

In an unforgettable moment, MLB’s Marlins and Mets took the field for a planned moment of silence for 42 seconds — a reference to Jackie Robinson’s uniform number, marking the anniversary of his breaking baseball’s color line in 1947. Then both teams departed, leaving a Black Lives Matter t-shirt on home plate.

The athletes’ refusal to play on, as if our current national situation is normal and acceptable, was stunning. And apparently unprecedented in the world of sports.

So if you take only one headline from this week’s report, make it this one: professional athletes provide entertainment, inspiration, communal feeling and a healthy dose of competitive spirit to our society. And sometimes, in the darkest hours, some of them also provide a magnetic pull on the nation’s moral compass, back toward True North. A jolt of courage to individuals with the power to drive systemic and lasting change. And a ray of hope – and proof of the essential goodness of people – for us to hold onto. Those who chose to act this week have our undying gratitude. Thank you for seeing us. And for standing with us.

Here are the other top stories to know heading into the week of August 30, 2020.

Round 1 of the playoffs is over in the Eastern Conference. The Miami Heat swept the Indiana Pacers; the Boston Celtics beat the Philadelphia 76’ers; and the Toronto Raptors beat the Brooklyn Nets. Last night, the Milwaukee Bucks eliminated the Orlando Magic.

The Milwaukee Bucks eliminated the Orlando Magic to advance to Round 2 of the NBA playoffs. Courtesy Photo.

In the Western Conference, last night the LA Lakers eliminated the Portland Trail Blazers. But three other pairs are on to Game 6. The Utah Jazz is up on the Denver Nuggets 3-2. The LA Clippers and Dallas Mavericks play Game 6 this afternoon – the Clippers lead the series 3-2. The Houston Rockets also lead the Oklahoma City Thunder 3-2.

Today the Celtics meet the Raptors in their first game of Round 2.

Donovan Mitchell, young star forward for the Utah Jazz, went for 51 points (his second 50-point game of the series) to help the Jazz push the Nuggets to the brink of elimination.

Earlier this week, Paul George helped the LA Clippers dominate the Dallas Mavericks in a blowout win with an incredible margin of victory: the final score was 154-111. Dallas was pushed to the brink of elimination, with the team’s star Luka Doncic injured and unable to sufficiently rally to the challenge.

On Monday night, after Portland started strong in their series, the Lakers beat the Trail Blazers, 135-115, which put the Blazers on the brink of elimination. Damian Lillard, who had been on fire in the run-up to the playoffs, dislocated a finger on his non-shooting hand and then had cartilage issues with his knee. He left the bubble and returned home before last night’s elimination from the post-season.  As regular readers know, we love the Blazers. But once again we have re-learned a key life lesson: don’t sleep on LeBron James . . . ever.

Some teams already out of the playoffs are making moves: after a disappointing sweep at the hands of the Celtics, the Philadelphia 76’ers announced this week that they’ve fired head coach Brett Brown, who had been head coach since 2013.

As of this posting, the Atlanta Braves, Chicago Cubs and LA Dodgers lead in the National League. The Oakland A’s, Cleveland Indians and Tampa Bay Rays lead their divisions in the American League.

The Subway Series between the New York Yankees and the New York Mets that had been postponed due to a coronavirus outbreak within the Mets organization was played this weekend, and the Mets showed up strong. With five games scheduled in three days, it was sure to be intense. On Friday, the Mets swept the Yankees in a double-header for the first time ever.  The Yankees finally snapped a 7-game losing streak with a 2-1 win last night. The teams have a double-header today.

The compressed schedule is making for a demanding playing schedule that may be contributing to player injuries. For example, as of Wednesday, the New York Yankees were scheduled to play 22 games in 19 days, including four doubleheaders.

first no-hitter of the season

It’s the first no-hitter from a White Sox pitcher since 2012 and only the 19th in franchise history. Cool.

no a-rod and j-lo for the mets, apparently

The Wilpon family announced on Friday that they are in exclusive negotiations with hedge fund billionaire Steve Cohen over the sale of the New York Mets franchise. Apparently, the consortium led by Alex Rodriguez and Jennifer Lopez has dropped out of the bidding. Cohen initially made a play for the team in February, but that deal fell apart. Stay tuned to see if this time the lifelong Mets fan finally gets his wish.

The NFL teams are all in training camp, so it’s a relatively quiet week. The pre-season games were all cancelled due to coronavirus, so teams are playing scrimmages instead.

Tom Brady in his first week of scrimmages with the Tampa Bay Buccaneers at training camp. Courtesy Photo.

While it’s been pretty much crickets from the NFL this week as other sports took notable actions in support of racial justice, on Sunday Commissioner Roger Goodell told Emmanuel Acho, during an interview with the former NFL linebacker and host of the Uncomfortable Conversations with a Black Man digital series, that he wishes “we had listened earlier . . . to what you were kneeling about and what you were trying to bring attention to.”

The Baltimore Ravens released veteran safety Earl Thomas after just one year on the team.  This followed a practice incident the week before in which he punched teammate Chuck Clark.

Reports are that it was the final straw and that Thomas was a divisive figure in the locker room and generally disliked. Sharp-eyed readers may remember that this is the same guy who made tabloid headlines after being held at gunpoint by his wife after she found him in bed with his brother and another woman. Like, really?

New Dallas Cowboys head coach Mike McCarthy has adopted the same “Super Bowl or bust” mentality that has fueled Cowboys fans for decades. Sez the coach: “If you’re not trying to win a Super Bowl, I don’t know what you’re even doing in this business.” Dude’s in it to win it.

And in other NFL news, “Madden 21” was officially released on Friday.

4. Snyder under increasing fire in DC

According to a explosive report from The Washington Post, the NFL’s Washington Football Team allegedly used team cheerleaders to create lewd videos for team owner Dan Snyder. Snyder immediately denied these accusations, calling them a “hit job.” Well, at least he didn’t call it a “witch hunt.”

Round 2 of the NHL playoffs resumed yesterday after a pause on Thursday and Friday to call attention to the cause of racial justice. In Game 3, the New York Islanders beat the Philadelphia Flyers 3-1. They now lead the series 2-1. The teams meet again this evening.

The New York Islanders defeated the Philadelphia Flyers in Round 2 of the Stanley Cup Playoffs. Courtesy Photo.

The Tampa Bay Lightning lead the Boston Bruins 3-1 in their series; the Vegas Golden Knights lead the Canucks 2-1; and the Colorado Avalanche are also 2-1 over the Dallas Stars.

Leg Two of the FedEx Cup Playoffs, the BMW Championship, kicked off on Thursday at Olympia Fields in Illinois. And the play has been extremely challenging. As of this posting, after 54 holes of play, there are just two players better than 1 over (Hideki Matsuyama and Dustin Johnson).

Rory McIlroy, Jon Rahm and Adam Scott are still in contention heading into today’s round. Tiger Woods is currently way back on the leaderboard, at 10 over.

Takuma Sato celebrates in Victory Lane after winning the 104th running of the Indianapolis 500. Photo by Andy Lyons/Getty Images.

8. Draws are set for tennis’s US Open

On Thursday, the men’s and women’s singles draws for the US Open were announced. The tournament begins tomorrow, and despite the fact that there will be no fans in the stadiums, excitement is building.

While some big names will be missing, we’ll still have the thrill of seeing Andy Murray, Kim Clijsters, No. 1 Novak Djokovic, Serena Williams, Sloane Stephens and Coco Gauff. Are you ready for some tennis? Yes, please.

Djokovic won the Western & Southern Open, which was played this year in Flushing Meadows.

Lionel Messi of Barcelona during the UEFA Champions League Round of 16. (Photo by Giuseppe Maffia/NurPhoto via Getty Images)

Confirming earlier rumors, this week it’s reported that Lionel Messi has told Barcelona that he wants out after nearly 20 years with the club. After a humbling loss to Bayern Munich in the Champions League quarterfinal, the star player wants to trigger an opt-out of his current deal and transfer to a new club. Manchester City is said to be Messi’s first choice.

10. Losers: Dispatches from the Other Side of the Scoreboard

We close this week with a book recommendation that any avid or occasional sports fan is likely to find engaging. Losers: Dispatches from the Other Side of the Scoreboard, edited by Mary Pilon and Louisa Thomas ($15.30), is a compilation of interviews and essays about what major athletes experience after a significant loss in their sport.

From boxer Floyd Patterson to tennis bad boy Nick Kyrgios, the aim is to illustrate the fact that while winning may generate a temporary feeling of euphoria, “losing reveals something raw about what it means to be human.”

That’s it. You’re good to go with the top headlines and coming attractions heading into the week of August 30, 2020. Stay safe and healthy, dear reader. See you next week.