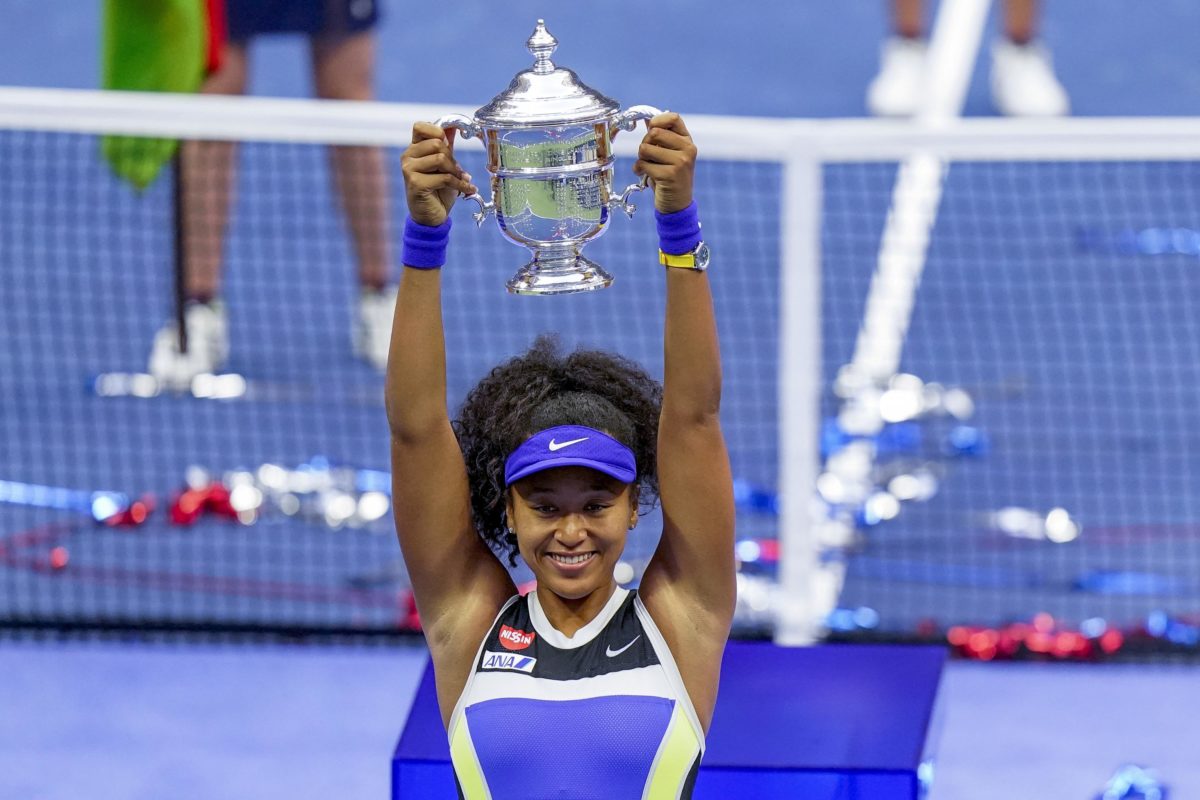 This Week in Sports Talk (TWIST) is our weekly roundup of top headlines from the past seven days in the world of sports, plus a preview of what’s up next. Heading into the week of September 13, 2020, here’s the top sports news, with a twist. Skim it, and you’ll be good to go all week.

The NBA Eastern Conference final is set: the Boston Celtics beat the Toronto Raptors in Game 7. They’ll will meet the Miami Heat.

Marcus Smart of the Boston Celtics plays defense against the Toronto Raptors during Game Six of the Eastern Conference Semifinals. Copyright 2020 NBAE (Photo by Nathaniel S. Butler/NBAE via Getty Images).

In the Western Conference semifinals, the LA Lakers closed out the Houston Rockets with a 119-96 rout last night in Game 5. The LA Clippers should have closed out the Denver Nuggets in Game 5, but they faded late in the game. They’re still up 3-2, and Game 6 is this afternoon.

The LA Lakers advanced to the Western Conference Finals with a Game 5 win over the Houston Rockets. Courtesy Photo.

Odds are that the West will be represented by an LA team in the NBA finals – and what a Western conference championship series it could be if the Clippers win today!  Imagine it: the Battle of Los Angeles with a place in the NBA Finals on the line. LeBron vs. Kawhi. Anthony Davis vs. Paul George. This could get very interesting . . .

Meanwhile, after a really disappointing postseason,  reports are that the Milwaukee Bucks will offer Giannis Antetokounmpo a “supermax” contract this off-season. If he chooses not to sign it, then it will be game on in the West to see who can sign him. The LA Clippers say they will definitely try. If he ends up heading west, the Eastern Conference will be even less of a force than it is now . . .

2. Yankees may not even make the playoffs

The LA Dodgers, Chicago Cubs and Atlanta Braves continue to lead their respective divisions in the National League, and the Tampa Bay Rays, Chicago White Sox and Oakland A’s lead in the AL.

For New York sports fans, the MLB season can be summed up in one word: disappointing. While the Yankees have won 3 straight games after a losing streak, it may be too little too late for a team once favored to win it all this season. They are 5 back from the Rays in the AL East, and the AL Central has 3 teams with better records. So the Yanks may not secure a wild card berth.

Missing the postseason would be an ignominious end to what was expected to be a glorious season in the Bronx. And there’s plenty of finger-pointing already underway. Gary Sánchez, the catcher/slugger, is having a miserable season, batting .122 and striking out 41 percent of the time. The two power hitters – Giancarlo Stanton and Aaron Judge – are frequently injured and not on the field. Ugh!

Yes, people, the NFL is back. On Thursday night the defending Super Bowl champions the Kansas City Chiefs exhibited not an ounce of “Super Bowl hangover,” as they rolled over the Houston Texans 34-20.

This week in sports talk September 13, 2020: the NFL is back. Courtesy Photo.

After giving up a touchdown to start the game, the Chiefs went on a 31-0 run.  Quarterback Patrick Mahomes remains the team’s superstar, and there are a lot of teammates right behind him that we may be hearing from in the years ahead. For example, rookie running back Clyde Edwards-Helaire rushed for over 100 yards in his debut.

The league is undoubtedly disappointed that the television ratings were down from last season. Thursday night’s game attracted 19.3 million viewers, a 12.3% drop from last year’s ratings.  The key demo of 18-49 had an even more precipitous drop. Watch this space for further updates on whether that was an anomaly or a lasting trend.

On the first Sunday of the season, the NFL features many good match-ups. But The One Game to watch today is the Tompa Bay Gronkaneers – oops, we mean the Tampa Bay Buccaneers – at the New Orleans Saints.

Forty-one year old quarterback Drew Brees of the Saints takes the field against 43-year old Bucs quarterback Tom Brady. This may be the first time in the NFL that the two oldest – or over 40 – quarterbacks have faced each other. The Saints are favored to win. Gonna be a good game.

In the hockey playoffs, the New York Islanders got a must-win yesterday against the Tampa Bay Lightning, after losing the first two games of series. The two teams meet again this afternoon for Game 4.

The Dallas Stars are up 3-1 in the playoffs against the Vegas Golden Knights. Courtesy Photo.

The Dallas Stars lead their series versus the Las Vegas Golden Knights 3-1. They have the chance to close it out in tomorrow’s Game 5.

In a match that broke our hearts, Serena Williams lost in the US Open semifinals to Victoria Azarenka. The loss left her just short of the record-tying No. 24 Grand Slam title yet again.

Last night, Naomi Osaka defeated Azarenka in the women’s final in three sets, 1-6, 6-3, 6-3. This is Osaka’s second US Open title in three years, and the third major of her career.

It’s worth noting that the USTA has been able to conduct the tournament safely, with only a small handful of reported COVID-19 outbreaks, including French player Benoit Paire.

The men’s US Open finalists are Dominic Thiem and Alexander Zverev. The match is this afternoon, and whoever wins will be a first time Grand Slam champion.

Soon enough, everyone will get another chance at glory. Despite Williams’ withdrawal from the Italian Open this week, Serena Williams, Rafael Nadal and Novac Djokovic have all confirmed that they’re playing in the French Open, which starts September 27.  And Nadal and Djokovic could meet in the finals of the Italian Open, which begins tomorrow.

There is some football being played in the NCAA, believe it or not. Yesterday Notre Dame beat Duke, 27-13. Georgia Tech beat Florida State, 16-13. Clemson rolled over Wake Forest, 37-13. And Texas actually beat the spread (-43!) with a 59-3 win over the UTEP Miners.

Meanwhile, the Big Ten is going to hold a “revote” on whether to play or not, having already announced earlier that there would be no football season this fall. A lot of players have been complaining bitterly about not being able to play, the entire episode has become a fiasco and a blame game.

From the Girl Power files comes news that Brazilian surfer Maya Gabeira broke her own world record this week for the largest wave surfed by a woman. COWABUNGA!!!!

Alex Rodriguez and Jennifer Lopez are still not giving up on their New York Mets ownership bid. But the New York Post reports that the Wilpons are not listening to the latest pitch. The family agreed to hold exclusive sales talks with hedge fund billionaire Steve Cohen, who has offered $2.35 billion for the team.

But this week, the J-Rod consortium matched that offer, with Lopez designated as “the control person.” That was meant to make the offer more appealing than having Rodriguez as the control person, since he carries the taint of suspected PED use during the height of his career. Making J-Lo the first Latina to be the control person of a major league team might make it easier to get the necessary three-quarters approval from the 30 owners.

As an additional sweetener, the J-Rod team is offering the Mets a $200 million break-up fee if it gains exclusive bidding rights and then do not get approved by MLB.

There’s no lack of drama in this story – so let’s hope it continues for a while!

That’s it. You’re good to go with the top headlines and coming attractions heading into the week of September 13, 2020. Our friendly football pool is on, and we blew it Thursday night – so wish us luck today! Lesson learned: don’t bet against the reigning championship team in their first game of the season, no matter what Vegas says. Stay safe and strong, dear reader. See you next week.