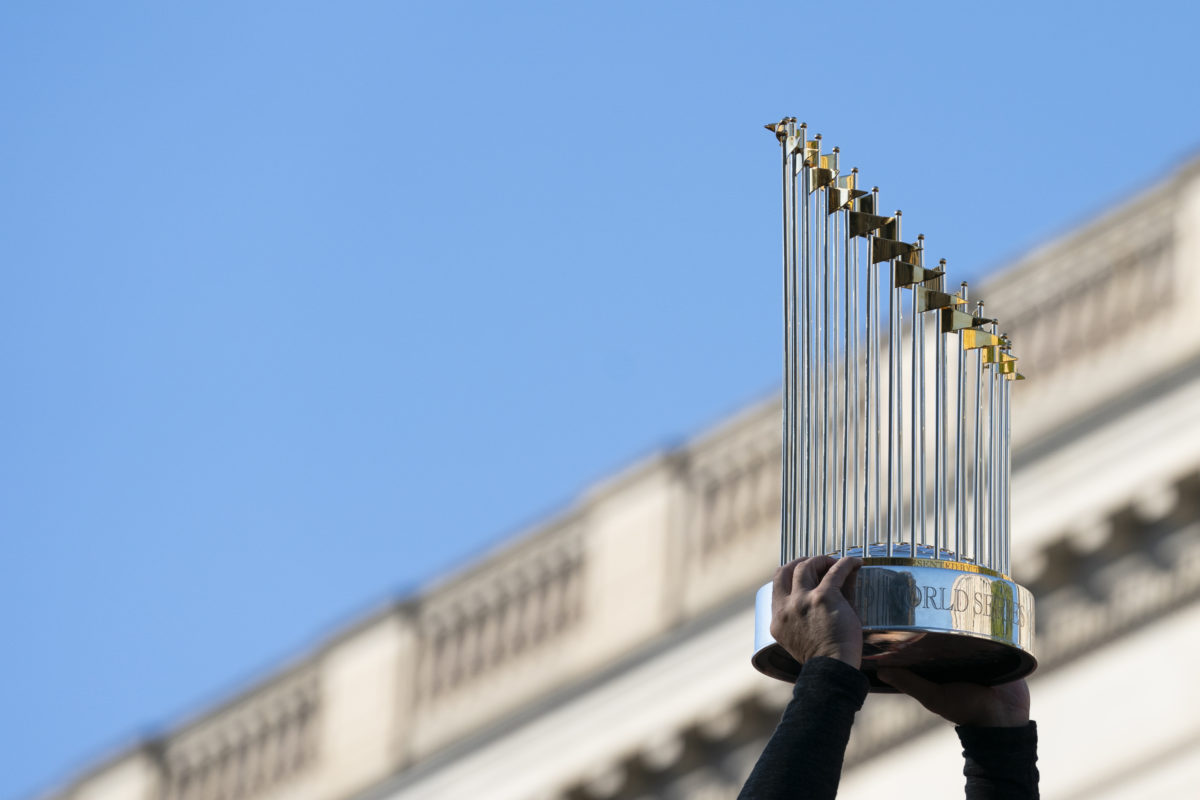 Our correspondents Vincent and Michael Thomas, a father-son team of avid and knowledgeable baseball fans, are sharing their annual preview of the Major League Baseball (MLB) playoffs. Here’s what you need to know so that you can join the post-season baseball conversation (even if it’s on Zoom instead of at the water cooler). Our annual guide to how to talk about the Major League Baseball (MLB) post-season like an expert, which is going to be like none other.

what you need to know about the MLB playoffs this year

16 teams seeded one through eight on each side of the bracket. Early round games played at regional neutral sites. Winners advance to play for the national championship in a host city selected by the tournament organizer. The NCAA “March Madness” Men’s Basketball Championship Tournament? No.

a season like no other: nasty, brutish and short

Because of the pandemic, the 2020 MLB regular season didn’t start until July 23. It will end on September 27. How short has this season been, relative to the norm? On Saturday, September 19, Detroit Tigers radio play-by-play broadcaster Dan Dickerson made this observation: “In 2019, the Washington Nationals had a won-loss record of 19-31 after 50 games, but finished the season as World Champions. In 2020, the Nationals have a won-loss record of 19-31 after 50 games. There are only ten games left in the season.”

The playoffs start on September 29. They will end, at the latest, on October 28. Here are a few talking points to prepare you to talk playoff baseball for the next five weeks with anyone you encounter, without being someone who doesn’t know that home field advantage for the World Series is SO 2019.

what’s different in 2020 in the mlb playoffs? Almost everything

As we did in our season preview, we start our playoff preview with a chart of what’s different this year:

For the first time, every playoff team must play in the Wild Card round. More playoff teams, playing more playoff games, means more opportunities for:

Fans who haven’t sworn allegiance to any team will be attracted to an underdog team that upsets a series of favorites to advance much farther than expected. The best opportunities for upset series victories to occur are in the Wild Card and League Division series, because they are shorter.

If the season ended today, the Los Angeles Dodgers (1st Seed) would play the Milwaukee Brewers (8th Seed,) in the National League Wild Card Series. The Brewers, despite having a won-loss record 11.5 games worse than the Dodgers as of today, would be one game away from eliminating the Dodgers if they won the first game of their best of three Wild Card Series.

As of today, the LA Dodgers, the Tampa Bay Rays, the Chicago White Sox, the Oakland Athletics, the San Diego Padres, the New York Yankees, the Cleveland Indians, the Atlanta Braves, the Chicago Cubs, and the Minnesota Twins have all clinched postseason berths.

If the season ended today, these teams would be joined by the Toronto Blue Jays and Houston Astros from the American League. The other National League teams would be the Marlins, the Brewers, the St. Louis Cardinals, and the Cincinnati Reds. The San Francisco Giants have the same won-loss record as the Brewers, and the Philadelphia Phillies are only two games behind the Brewers in the loss column.

Here are some cool pairings that are at least theoretically possible:

Will it be a Chicagoland World Series, with the Cubs meeting the White Sox? Courtesy Photo.

Stars to Be Born:

In 2019, no one was surprised that Washington Nationals pitcher Max Scherzer, a Cy Young Award winner, excelled in the playoffs. Mr. Scherzer’s teammate, the relatively unknown 20-year-old outfielder Juan Soto, introduced himself to many and established himself as a star.

Who are the relatively unknown players most likely to make a name for themselves in the 2020 playoffs?

putting it all on the line: who do we pick to win?

Despite the list of conversation topics above, the most likely question to be discussed is “who is going to win the World Series?” Here are our predictions:

our regular season wrap-up and scorecard

Before you decide whether to rely on our World Series predictions, let’s assess how we did on our season preview predictions (made only two months ago) and wrap up the regular season that’s about to end.

What we Accurately Predicted

Which teams would be likely “upset” picks to qualify for, or advance farther than expected in, the playoffs:

Which teams would be the best in each league:

We identified 11 teams-six in the American League and five in the National League-that we thought had the most talent. Ten of those eleven teams would be in the playoffs if the season ended today.

We identified Jesus Luzardo (Athletics) and Luis Robert (White Sox) as two new players to watch. Robert is one of the two co-favorites, along with Seattle Mariners’ centerfielder Kyle Lewis, for the American League Rookie of the Year Award. Luzardo has struck out 59 hitters in 56 innings. Anytime a pitcher is striking out hitters at a rate of more than one strikeout per inning pitched, he’s doing well. Both of their teams are in first place.

What We Swung and Missed On

“In the National League, follow Gavin Lux (Dodgers), Carter Kieboom (Nationals,) MacKenzie Gore (San Diego Padres) and Dylan Carlson (Cardinals.)” If you don’t recognize any of these names, there’s a reason: none of them excelled in 2020 as we expected. They are all talented and may develop into stars. It just didn’t happen this year.

The presence of Mike Trout, Anthony Rendon, Shoehei Ohtani, and highly touted prospect Jo Adell on their roster, and Joe Maddon as their manager, gave us confidence that this team was good enough to earn one of the American League’s five playoff spots. Surprisingly, the “Halos” have the 10th best record among the 15 American League teams. They are unlikely to qualify for the playoffs, even with the increase in the number of American League playoff berths from five to eight.

In the years to come, it will be tempting to remember the 2020 season by what was uncommonly missing:  fans in the stands, the All-Star game, and 43% of the usual schedule.

Our hope is that everyone will remember this season as much, if not more, for what was uncommonly present. Like players deciding not to play games in response to the killing of a Black man by police officers in Kenosha, Wisconsin. And the “MLB-BLM” program that provided visible and sustained support for the Black Lives Matter movement.

May this uncommon MLB postseason, in this uncommon year, bring us all fun and excitement. Stay safe and healthy out there, and enjoy the season.

Vincent Thomas is a community college academic dean, a former practicing attorney, and the brother of Dandelion Chandelier founder Pamela Thomas-Graham. He lives in Minneapolis, Minnesota. His favorite Major League Baseball team is the Detroit Tigers.

Michael Thomas is a junior at The College of Wooster in Wooster, Ohio; an Economics major and Spanish minor; and the nephew of Dandelion Chandelier founder Pamela Thomas-Graham. His favorite Major League Baseball team is the Minnesota Twins.